Fancy A Ride With TAG Heuer?

In the S$560,000 Aston Martin DBS Superleggera TAG Heuer Edition, you can.

Yes, it takes an epic level of fandom for this, but Aston Martin and TAG Heuer are hedging their bets on 50 high-net worth petrol-slash-horology heads to make this worth the while.

Here’s what’s on the table: a gleaming fleet of 50 Aston Martin supercars, dubbed the Aston Martin DBS Superleggera TAG Heuer Edition, rolled out to commemorate the newly inked partnership between the British car marque and Swiss watchmaking legend early last year. (At the Geneva International Motor Show in March 2018, TAG Heuer was introduced as the official timekeeper for the Aston Martin Racing.)

Dubbed “the brute in a suit”, the Aston Martin DBS Superleggera is suave on the outside while supercharged under the hood. The Super GT’s unmistakable roar and performance, delivered by way its 5.2-litre twin-turbo V12; extreme engineering that optimises driving and handling experience; and traffic-stopping silhouette are now embellished by the TAG Heuer treatment – sheathed in sexy ‘Monaco Black’ and fiery red accents on the wheels and brake calipers, topped with the watch brand’s logo on the fender and leather seats.

But that’s not all. Of course, it isn’t. The delivery of each Aston Martin DBS Superleggera TAG Heuer Edition comes with a limited edition timepiece, the TAG Heuer DBS Edition Carrera Heuer 02. Powered by the Calibre Heuer 02, one of the brand’s pillar in-house automatic movements, the watch is the horological equivalent of the supercar, endowed with power and panache. 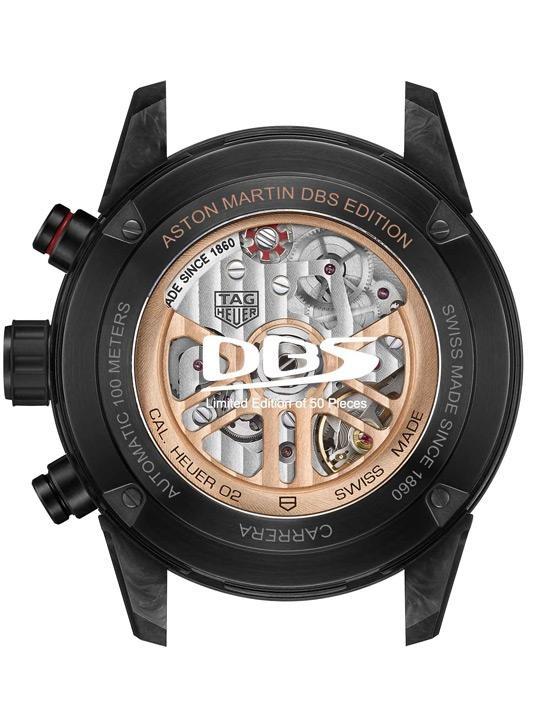 Technical prowess comes by way of the COSC-certified column wheel-controlled chronograph movement with 75-hour power reserve. Elsewhere, the carbon case, openworked dial and black leather strap, embellished with shots red, play match-y match-y with the DBS Superleggera, with the most striking feature being the cut-out hexagonal patterns atop the dial that recalls the grille of the car. We’ve witnessed car-and-watch partnerships taken to extremes, but this love-in ranks among one of the most winsome. 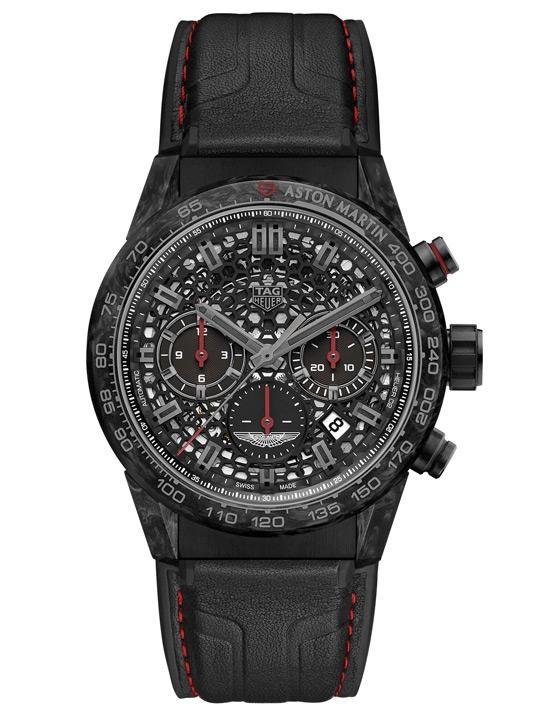