Chronographs at the ready.

A little more than a month to go before Salon International de la Haute Horlogerie 2018 kicks off, Montblanc is straining at the leash with four handsome chronographs.

And why not? After all, Montblanc has an entire collection - the Star Legacy Nicolas Rieussec – named after the man who practically invented the precursor to the chronograph back in 1821. For its opening salvo, the brand offers both classic and retro-inspired options to pique our interests. 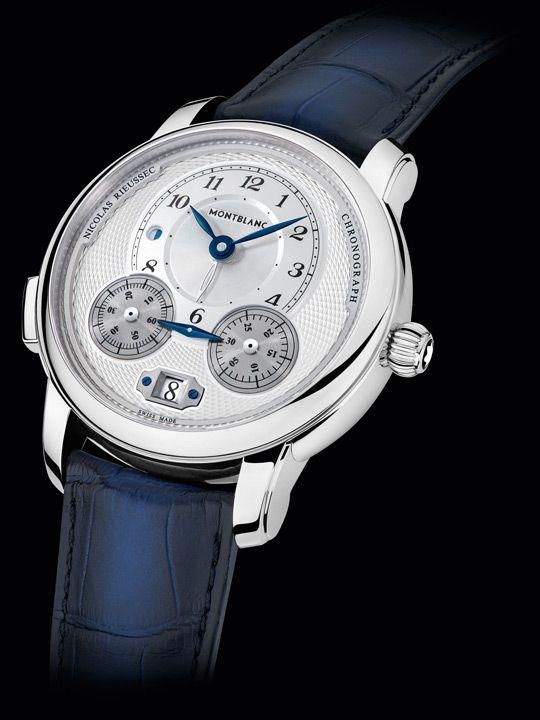 The distinctive dial is again anchored by an off-centered time display, propped by two rotating chronograph sub-dials that are linked by a pointer, a look that references Rieussec's original 'time writer'. Here, a stainless steel case frames a wealth of finishing - circular-grain guilloche pattern, satin-finished time displays, blued steel hands – that allows the watch to be more legible and elegant.

The base movement inside is the in-house Calibre MB R200. Debuted in 2011, this year's engine is topped with a monopusher chronograph with column-wheel mechanism for more tactile activation, as well as a dual-time zone feature.

For something more pared-down, the Star Legacy Automatic Chronograph makes a case for vintage-y allure. Like the Star Legacy Nicolas Rieussec, this model takes design cues from old Minerva pocket watches, and wears its influence proudly. 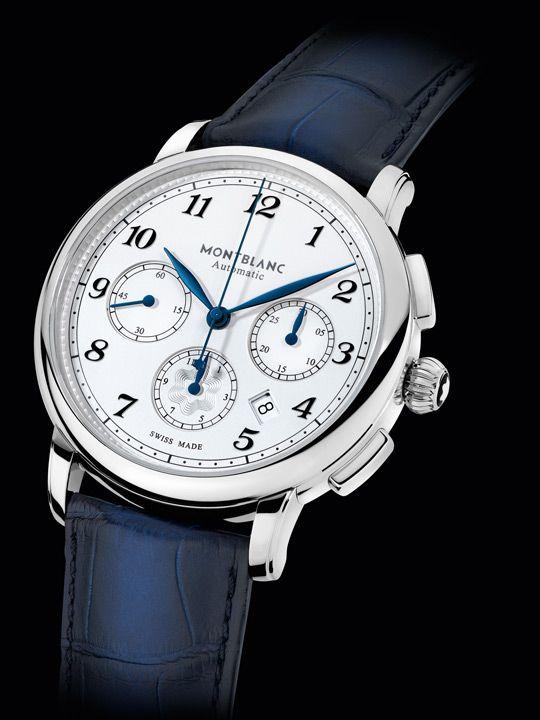 Also housed in a stainless steel case, the Star Legacy Automatic Chronograph appeal lies in its unabashedly old-world charms, anchored by beautifully balanced proportions, lovely silver-and-blue contrast between the dial and hands, and overall subtlety in execution, from it finely polished case, to the small onion crown and discreet Montblanc star logo at the 12-hour totalizer at six o’clock.

TimeWalker
As a counterpoint to the Star Legacy chronographs’ classic vibes, the TimeWalker models are exude a greater sense of sportiness and virility, evoking 1960s motor-racing-inspired wristwatches.

The TimeWalker Manufacture Chronograph in stainless steel goes all-out with the throwback hook, enticing us with the tri-counter ‘panda’ dial design that was the rage during the 1960s and 1970s, and is enjoying a revival of late. 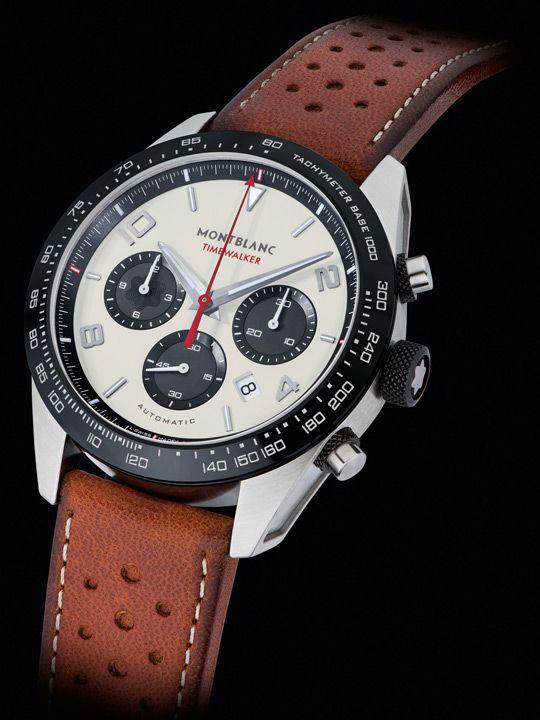 And if you look closely enough, you can spot the various motor-racing references that the Montblanc’s designers have worked into the watch. The tachymeter ceramic bezel is an obvious nod, but it is complemented by plenty of details such as curved and skeletonised horns that recall a car’s air vents, knurled crown that look like radiator caps, and winding rotor shaped like a steering wheel.

Rounding up Montbalnc’s pre-SIHH 2018 selection is the TimeWalker Rally Timer Chronograph Limited Edition 100. This gargantuan three-in-one watch, which can be worn on the wrist, used as table clock, or dashboard mountable timer, made quite an impression when it debuted last year, as part of the revamped TimeWalker collection. 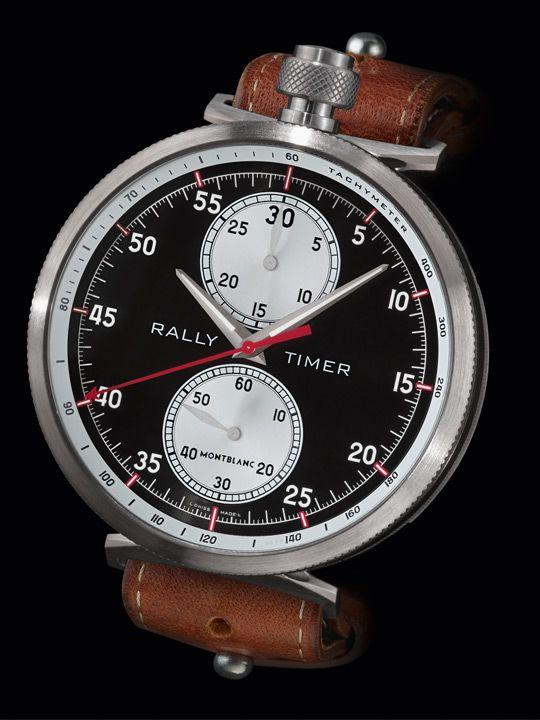 This year’s follow-up sees just cosmetic changes to the watch. Still clad in brushed titanium, the watch now sports a reverse ‘panda’ dial with red accents, and comes with an aged brown calf leather wristband. This version is noticeably more ‘retro’ compared to last year’s black-and-brushed titanium debut, and certainly (and ironically) more on-trend given the wave of nostalgia that is currently sweeping over watch design.

Having said that, it is worth reminding that the movement that powers the watch remains a huge draw for proper watch buffs. The manual-wound MB M16.29 with column-wheel, horizontal coupling and 50-hour power reserve, which beats at the slow and steady cadence of 18,800 vibrations per hour, is one of Montblanc’s most beautiful, inspired by the original Minvera 17.29 movement from the 1930s.