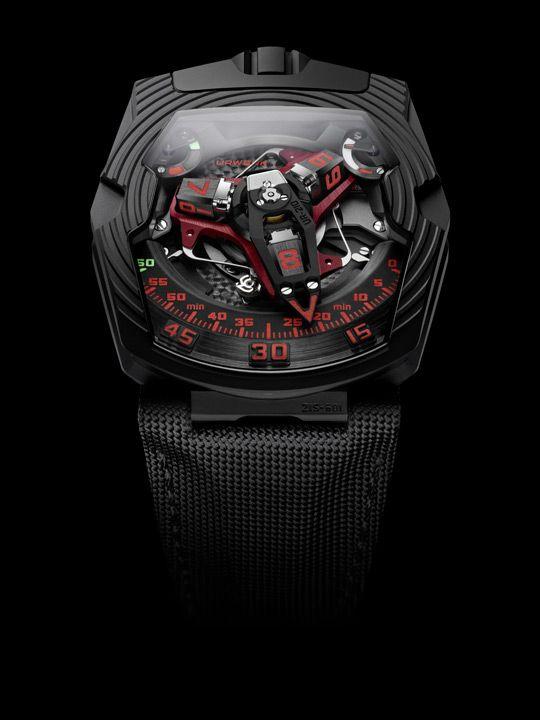 This reprise of a 2012 model sees Urwerk pushing the look of the UR210 into sexy territory, setting the collection's signature satellite complication with retrograde minutes against shots of red and a black DLC-coated platinum case. Netizens are wondering if it makes sense to sheathe the already expensive platinum case in DLC (diamond-like coating), which is typically applied on steel, but hey, this is Urwerk, and as co-founder Martin Frei once attested to this magazine, they "like to take things a little further" with each new watch. 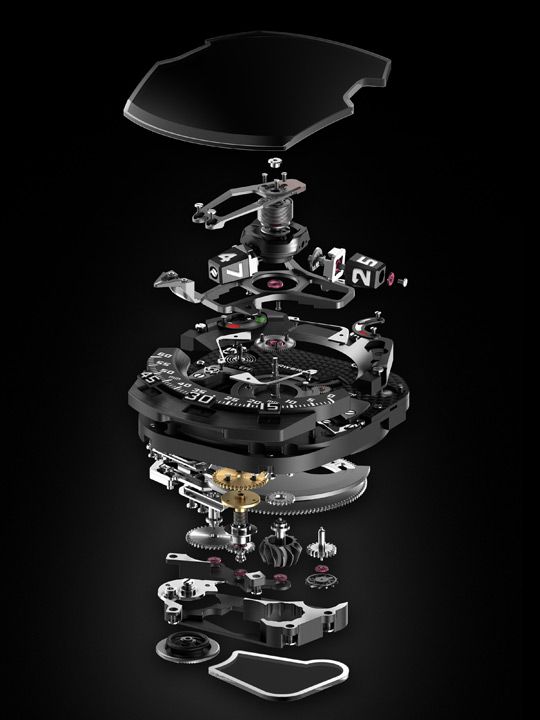 Everything we love about the UR210's mechanism remains, though - the three-dimensional minute hand that snaps back and forth (in 1/10th of a second!), as it frames the spinning cubes of satellite hours as they make their way through it during the course of the day. Urwerk attributes the incredible spectacle of the lightning-fast retrograde hand to three factors: a central hub that keeps the mechanism stable with a cylindrical spring that accumulates power for the flyback action, the lightness of the aluminium minute hand (0.302g) balanced by a brass counterweight, and a star-shaped double co-axial cam that determines the minute hand’s trajectory. 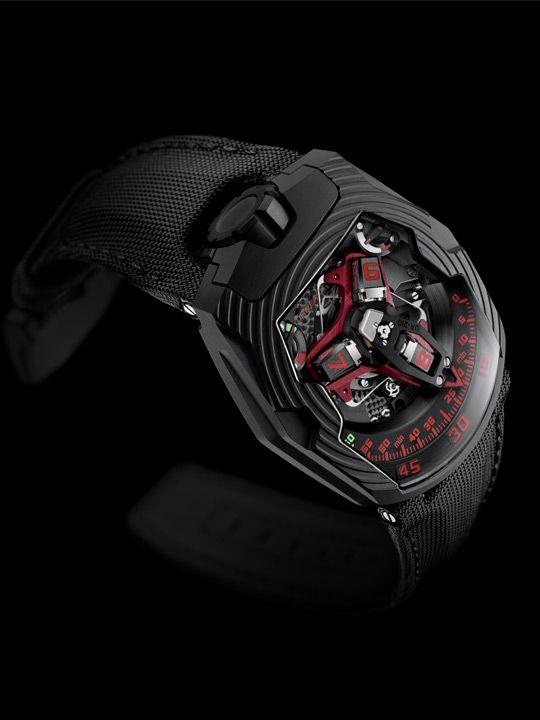 Another feature worth reacquainting with the UR210 is the winding efficiency display. It is the thing that looks at first to be a simple power reserve indicator at 11 o’clock, but is instead a device that measures the efficiency of the winding system and calculates the ratio between the energy consumed by the watch and the energy generated through winding. Think of it as a fitness tracker of sorts. Suppose you’ve been sedentary for a while—the indicator will then move towards the red section. But if you’ve been up and moving a lot, it will point towards the green section, indicating you’ve created more energy than the watch has consumed.

Now flip to the back. If you’ve been guilty of sitting around and not getting much done, switch the adjuster to ‘Full’. This will cause the winding rotor to be extra sensitive to any motion generated. If you’ve been very active and don’t want to generate too much energy for the watch, turn it on to ‘Reduced’. But here’s the kicker: you can turn this automatic watch into a manual one just by putting the adjuster in the ‘Stop’ position. How’s that for options?

It should come as no surprise Urwerk’s latest creation looks as futuristic as it does. In fact, ‘ordinary’ would be a big detraction from the values of the brand. 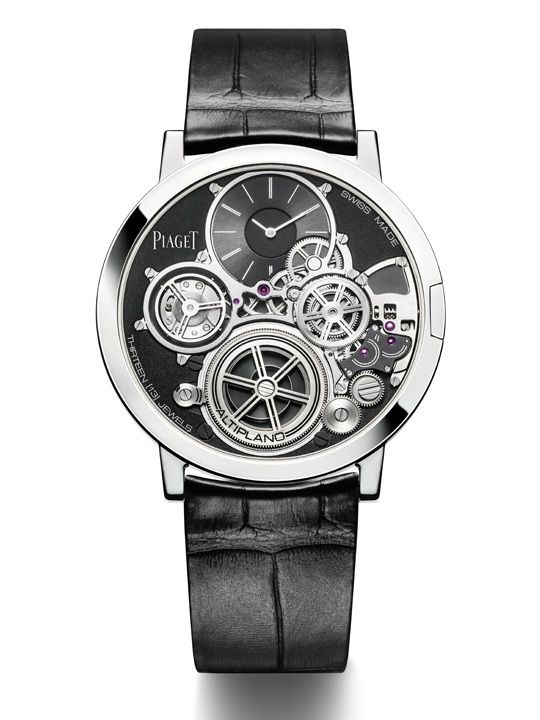 The champ of ultra-thin has done it again. Piaget's record-breaking run of ultra-thin watches continues with the Altiplano Ultimate Automatic. The thinnest automatic watch in the world, the Altiplano Ultimate, measures just 4.30mm in height. This trumps the previous record holder, Bulgari's Octo Finissimo Ultra-Thin Automatique by 0.85mm - a gapping gulf in the world of ultra-thin horology. Conceptually similar to the Altiplano 900P, Piaget's record-breaking hand-wound watch from 2014, the Altiplano's super-svelteness is achieved by having the caseback doubling up as the movement's baseplate, with extra help from a periphery rotor that flattens the entire architecture. 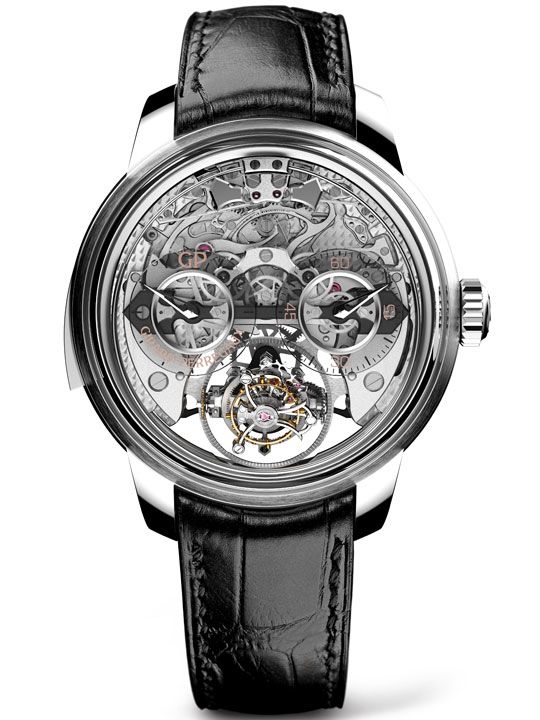 Combining two top-drawer complications, this Girard-Perregaux creation straddles both technical mastery and aesthetic artistry, proudly displayed in a gorgeous open-worked dial. First up, the minute repeater. Housed in a grade 5 titanium case to maximise the acoustic resonance of the chimes, the minute repeater's visual drama has also been enhanced with hammers and gong-rings located on the front of the movement, instead of their usual position at the back. This ostensibly also helps amplify the chimes, as sound will neither be partially absorbed by mainplate nor the wrist. Equally impressive is the triple-axis tourbillon. The watch's escapement is housed in three tourbillon cages, with each rotating at a different speed. Flanked by regulator-style hour and minute sub-dials, the tourbillon's constant mechanical ballet is a sight to behold. 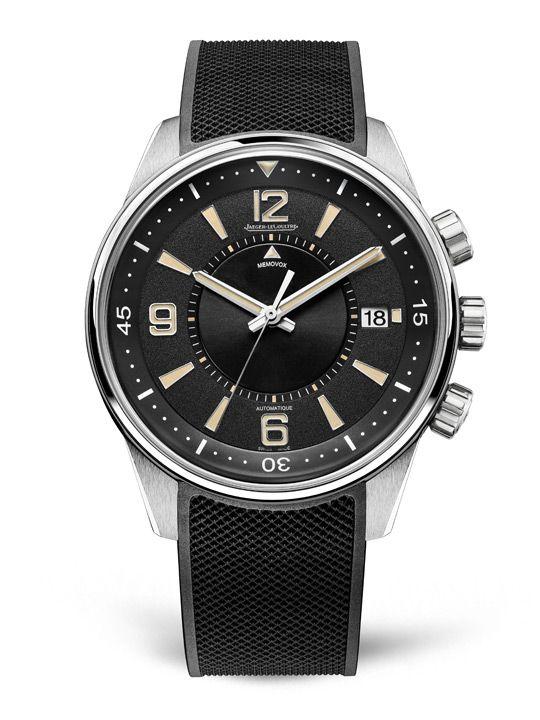 The star of Jaeger-LeCoultre’s show this year is the Polaris, a debut collection that is inspired by the Memovox Polaris, a line of sports watches that had a limited production run between the mid-1960s and 1970s. And from a comprehensive repertoire that spans automatic to world-time models, the 1,000-piece limited edition Polaris Memovox stands out for its unabashed vintage verve, directly referencing a model from 1968 that is said to be the most popular of the original run. Going all the way with its homage, the beige luminescent markers, stylised hands, and jet-black dial recall the 1968 original. Also included in the mix is an automatic alarm movement popularised by the vintage model which, in turn, is built on a calibre that Jaeger-LeCoultre premiered back in the 1950s.