Montblanc's new 1858 collection takes a leaf out of vintage Minerva sports timekeepers, and attempts to evoke sepia-tinged nostalgia for the spirit of adventure and exploration. The 1858 Monopusher Chronograph Limited Edition 100 ranks among the collection's higher-end offerings (which include a pocket watch and two-time zone complication), and the amped up aesthetic and technical sophistication is immediately apparent.

Housed in a 40mm stainless steel case with beautiful (and original) smoked green dial and matching alligator strap, the timepiece is an arresting sight, thanks to its gorgeous hue and old-school aesthetic. From the lume-filled indexes to the cathedral hands, this watch is a walk down memory lane. 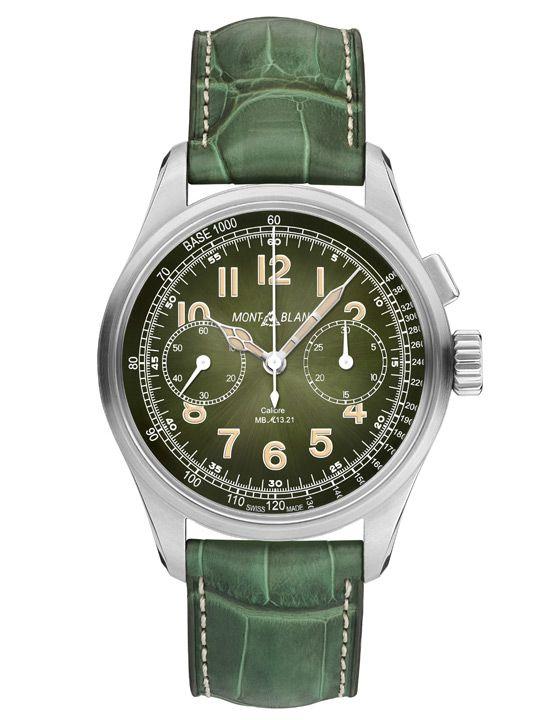 In a nod to classic Minerva chronographs, the 1858 Monopusher Chronograph features a tachymeter scale around the rim of the bi-compax dial that features a small seconds counter at nine o’clock and a 30-minute totaliser at three o’clock. Adding to the vintage allure is the boxed sapphire crystal and historical Montblanc logo. 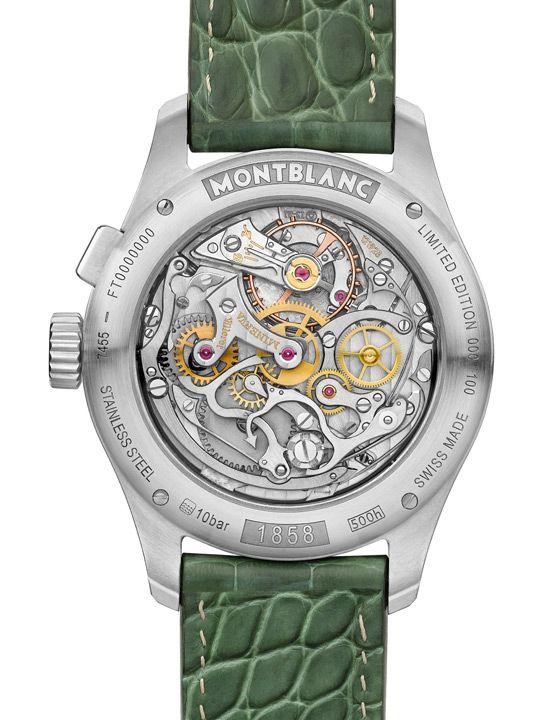 Turn the watch around and you’ll see the gorgeous hand-woundCalibre MB M13.21. A hat-doff to the historic Minerva monopusher chronograph Calibre 13.20 developed in 1920, the movement is a feast for the eyes. Through the intricate architecture, you can also spy Montblanc’s iconic V-shaped chronograph bridge that’s been a trademark since 1912, as well as the iconic hand-decorated Minerva arrow.

Lest you think this oldie-but-goodie is just a handsome face, the watch is also a beast when it comes to surviving the most intense scenarios of wear. Certified by the Montblanc Laboratory Test 500 (essentially a torture test for Montblanc’s in-house movements), you can rest assured the watch will perform in any situation. The bad news? There are just 100 pieces worldwide. Given the hype that surrounds IWC Schaffhausen’s 150th anniversary, with its appropriately spectacular commemorative rolls-outs, we’d like to take the moment to salute the Portofino. Arguably the most coveted and accessible collection in the brand’s repertoire, the Portofino is the aspirational ticket for many young watch lovers. This moon-phase model is that bit more special – it is the only red gold watch in the Jubliee collection with a blue dial. And the pair-up is amazing to behold, combining sobriety and dressy elegance with a hint of flamboyance. The movement inside is the hand-wound Calibre 59800 with eight-day power reserve and moon-phase display that needs correction only one every 122 years. 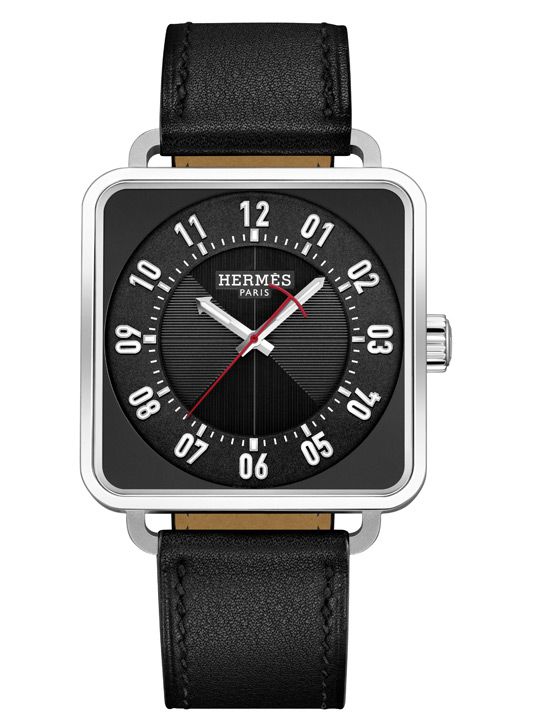 The Carré H, which debuted in 2010, was introduced as a limited edition run capped at 173 pieces. While the original model was an almost minimalist offering, the 2018 version emerges with a bounce in its step. Now powered by Hermès' in-house automatic Calibre H1912, the trademark square case is supported by a cast of delightful elements - round dial centre with contrast guilloche finish; newly designed hour numerals’ anchor-style seconds hand in striking red or yellow; and arrow-tipped hour hand - all making the watch bubble with refreshing dynamism that was missing in the earlier collection. Ulysse Nardin's Freak continues to be the standard-bearer all boundary-breaking watchmaking. This year, the collection proves it has only itself to beat in the field of progressive horology by introducing the first automatic Freak timepiece in the series. Still telling time the 'Freak way' - that is using the baguette movement itself to indicate the time - the Freak Vision bears many other groundbreaking features, including an ultra-light silicium balance wheel with nickel mass elements, as well as incorporating the proprietary 'Grinder Automatic Winding System' (introduced last year in the InnoVision) where the rotor is linked to a four-armed frame that gives the movement twice the torque. The look is, of course, breathtaking and confounding in equal measure: a new three-dimensional carved upper bridge is inspired by a boat's hull, while the boxed sapphire crystal makes a thinner centre and bezel possible.