The most outstanding watches from A. Lange & Söhne, Greubel Forsey, Van Cleef & Arpels and Audemars Piguet.

The jewel in the crown of A. Lange & Söhne’s 2018 campaign, the Triple Split is named so for its ability to measure two elapsed times on the second, minute, and hour and totalisers. The split timing function, indicated via twin hands that can ‘spilt’ apart when activated, is known as rattrapante. While not uncommon, the rattrapante is usually limited to the seconds counter. In 2004, Lange upped the game with the Double Split, which can measure two elapsed timings for up to 30 minutes.

This year’s Triple Split goes even further, with the rattrapante feature good for recording split timings for up to 12 hours – a world first.

The watch’s unprecedented technical achievement aside, the Triple Split is a Lange thoroughbred – resplendent, robust and replete with design and mechanical nuances that constantly push things just a little over the edge, while adhering to its classic spirit.

Significantly, the Triple Split marks the latest high point in Lange’s illustrious history of groundbreaking chronographs – a run that started way back in 1999 with the Datograph with proprietary movement, a pioneering creation which inspired other brands to produce their own in-house chronographs. 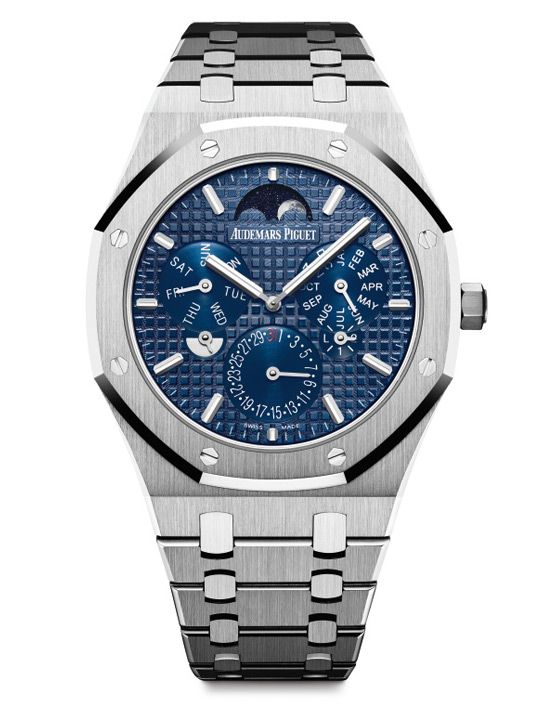 Does this augur well for a year of broken records? Audemars Piguet takes on the perpetual calendar and rocks it with RD#2, the world's thinnest automatic perpetual calendar. The Calibre 5133 driving the watch is just 2.89mm in height, housed in a platinum case that is 6.30mm thick. The first time Audemars Piguet held this record was back in 1978, with the Calibre 2120 measuring 3.95mm. 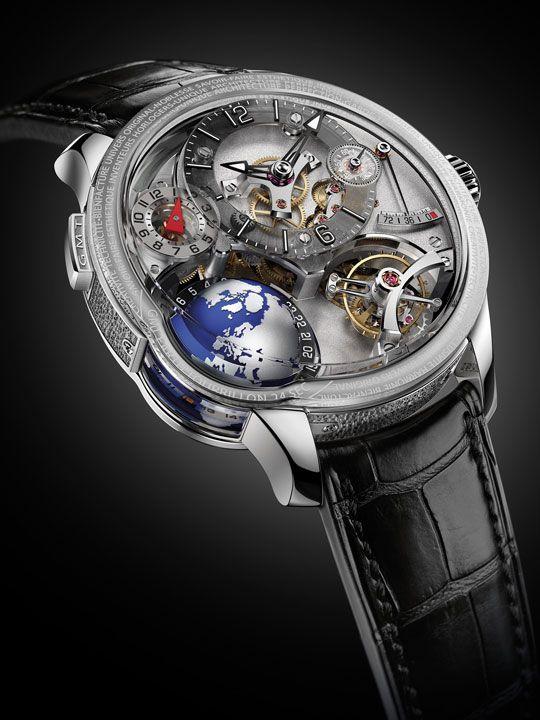 A simple world map on your watch? That’s so last season. With the GMT Earth, Greubel Forsey showcases the whole planet with a fascinating 360-degree view from Pole to Pole. Thanks to an original movement architecture and transparent sapphire crystal, the globe is visible from the front, back and side of the watch, offering world time in rotation. On the caseback, 24 time zones with summer and winter times are on display, with countries in black indicating no change in time across seasons. The white gold timepiece is limited to 33 pieces. 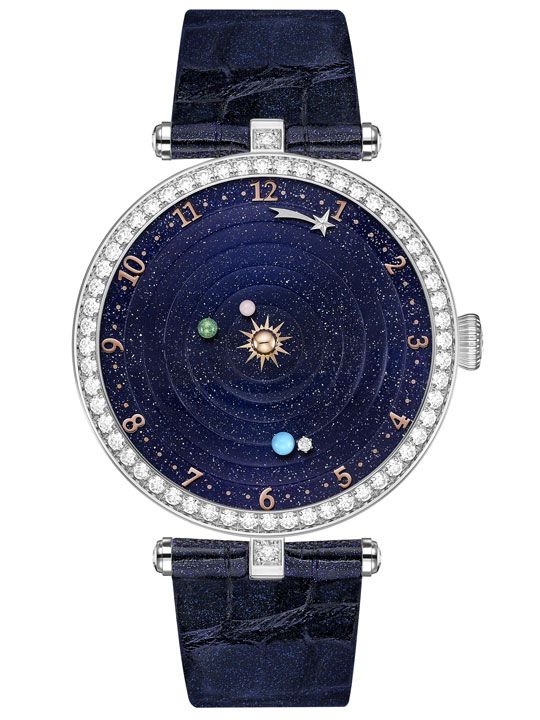 While ladies' watches have sometimes been presented as mere afterthoughts, it's never the case with Van Cleef & Arpels, whose feminine timepieces have always brimmed with exciting complications and glittering metiers d'art. This year, the Lady Arpels Planetarium comes in an original women's edition, after the Midnight Planetarium watch launched four years ago. Taking three years to complete, this stunning timepiece features a central sun in pink gold, along with the planets Mercury, Venus and Earth. The brand takes it further with each planet orbiting around the sun at actual speed, so Mercury will take 88 days to make a full revolution, while Venus takes 224 days and Earth, 365 days. Simultaneously, the moon (represented by a diamond) rotates around Earth in 29.5 days. Only two pieces are available, in blue leather strap or diamond bracelet.