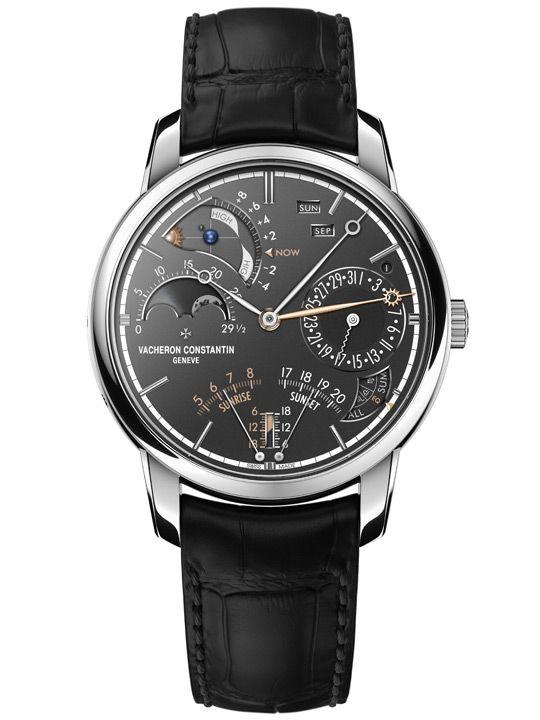 You tend to sit up and take notice when the world's oldest running watch manufacture announces its most complicated wristwatch ever. The Les Cabinotier Celestial Astronomical Grand Complication 3600 boasts 23 complications, all pertaining to astronomical displays, and costs almost a cool US$1 million.

The complications are broadly divided into three categories of time-telling - civil (or normal) time; solar time; and sidereal time - each driven by its own gear train, with power derived from six barrels so that the watch can run for an astounding three weeks on a full wind.

For the record, the complications include equation of time, instantaneous perpetual calendar, sunrise and sunset times, amongst others on the dial side. Flip the watch over for a star chart depicting the position of the Milky Way, sidereal time and a tourbillon. Phew! But get this, all 23 complications, which require 514 parts to work in tandem, are fitted in an integrated hand-wound movement just 8.7mm thick, making it super wearable.

Being a Les Cabinotier watch from Vacheron Constantin's custom-made division, the timepiece is made-to-order, allowing customers to specify details from case material to dial execution, and even the astronomical displays specific to their location. Now, this is something to get star-struck about. 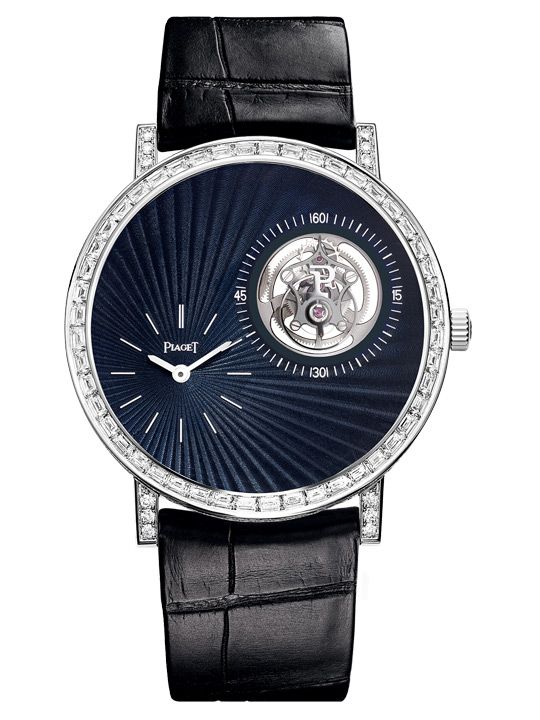 The maison’s renowned ultra-thin Altiplano collection celebrates its 60th anniversary this year with a roll-out of super svelte beauties. The most technically enticing of which is the Altiplano Tourbillon High Jewellery—the first Altiplano wristwatch to feature a tourbillon, powered by the 4.6mm-thin 670P hand-wound movement.

Fronted by an enamel dial and framed by a diamond-set gold case, with the three-bridge tourbillon cage taking spotlight, the Altiplano Tourbillon High Jewellery looks delicate but is powerfully built with a new barrel construction to endow the movement with a 48-hour power reserve.

Set in a discreet figure eight to symbolise eternity, the tourbillon and hours are offset by a sunburst guilloche motif in the dial’s deep grey-blue tone. The case, dial, buckle and even the ring around the caseback are embellished with baguette and brilliant-cut diamonds for an all-round sparkle. But the aesthetics don’t stop outside.

Movement finishings include a circular Côtes de Genève pattern, mainplate and bridges circular-grained by hand, and hand-bevelled and drawn tourbillon bridges and carriage, all seen through a transparent caseback for optimum visual drama. 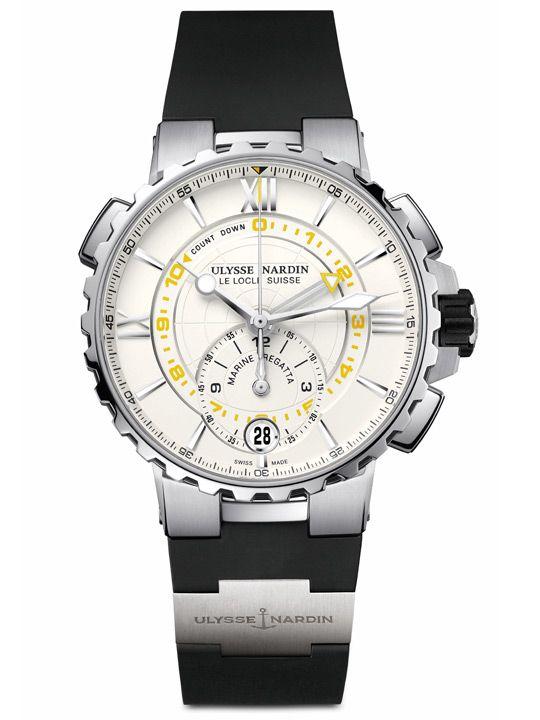 There’s more to Ulysse Nardin than the Freak, as seen here in this revolutionary regatta chronograph. Created in partnership with the Swedish Artemis Racing team, this timepiece is all about an intuitive experience because when you’re racing in the America’s Cup, every minute counts.

Competitors position themselves as close to the starting line as possible for a five-, seven-, or 10-minute countdown before the race starts. For this purpose, the Regatta’s bi-directional sweep countdown timer (for which a patent has been filed) can be set from one to 10 minutes for maximum precision.

Comprising a staggering 650 components, the watch has a two-way count-up or down feature with the regatta display in the middle and a hand that moves in an anti-clockwise direction when the countdown begins. Simultaneously, the chronograph’s two-way seconds hand ticks in the same direction until the end of the countdown when it will then move in a clockwise direction to time the race.

Driving the watch is the new calibre UN-155 with a three-day power reserve. But the beauty of this mechanism is surely its ease of use, which requires just the activation of a pusher at 10 o’clock. Could such a complex function be so simple? Evidently so. 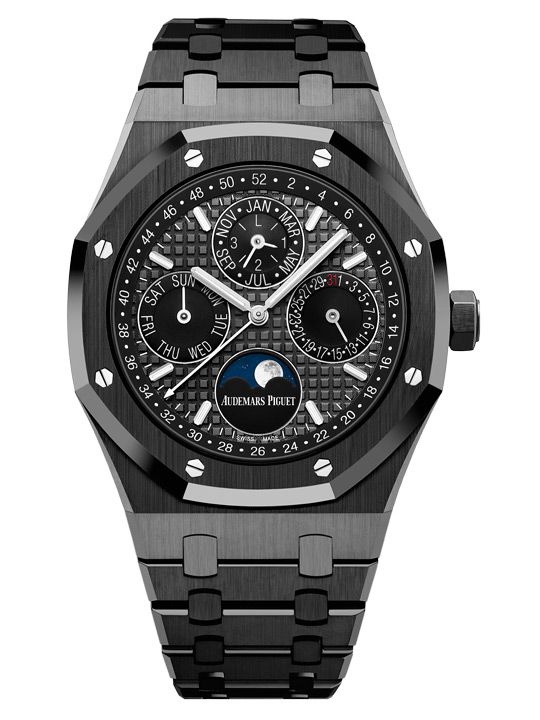 The piece that grabbed our attention most, however, is this dashing all-black, all-ceramic number. The iconic octagonal case—measuring 41mm across—and bracelet links gleam under the light, thanks to the watch's signature alternate satin and brushed finishes.

Powered by the automatic-winding Calibre 5134 with 40-hour power reserve, which made its 2015 debut in the steel-cased version, the ticker acquires a tool watch vibe, thanks to its hefty profile and sexy raven hue.