The most amazing new watches from A. Lange & Söhne, IWC, Greubel Forsey and Panerai. Not that it was meant to be supermodel slim, but for all its complications, the watch comes in at a decent size. Here, the perpetual calendar had to be built around the tourbillon, which required a redesign of the basic calibre to maximise energy efficiency while ensuring optimum performance from  all  of the complications.

Even then, Lange manages to keep the dial legible, while incorporating the moonphase and tourbillon displays. In true Saxonian style, the craftsmanship is flawless, combining details like thermally blued screws, Glashütte ribbing, perlage and a hand-engraved chronograph bridge. Limited to 50 platinum-cased watches only. 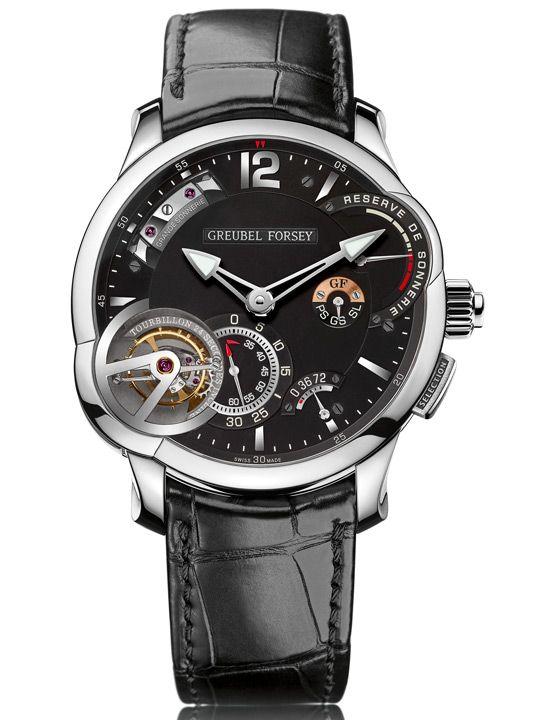 Eleven years in the making, this epic chiming watch from Greubel Forsey – the first of its kind from the brand – spares no expense showcasing the full range of its technical chops. As with most Greubel Forsey watches, an inclined tourbillon joins the mechanical proceedings, but the focus here, though, is aimed at delivering maximum aural pleasure.

Given the combination of complications, the movement is undoubtedly complex, comprising 935 parts. But it is also highly robust, fortified by 11 safety features to prevent accidental damage to the complications, and armed with a well of power reserve: 72 hours via a single barrel.

Housed in a titanium case (kept thin as it also acts as a resonance chamber) the Grande Sonnerie effectively propels Greubel Forsey among the horological bigwigs such as Patek Philippe and Audemars Piguet, as among the few esteemed brands that can boast of having a grand sonnerie complication in its repertoire. 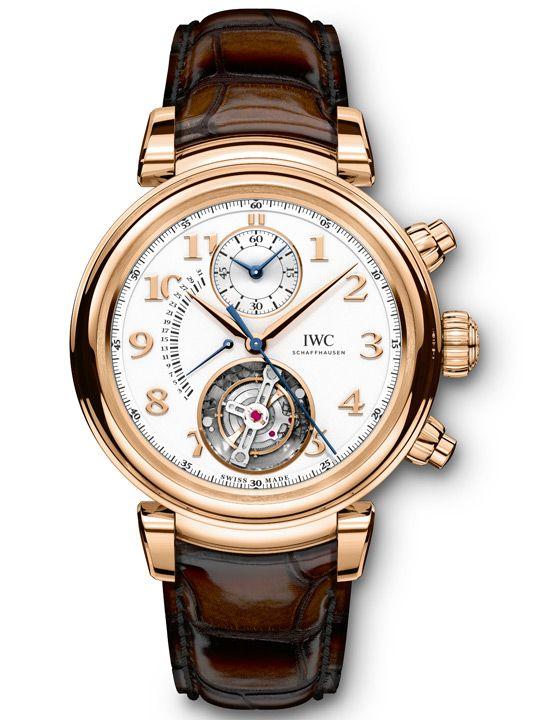 After a hiatus of 10 years, IWC’s Da Vinci collection makes a spectacular re-entry to the fold. The last we saw of the model, it was clothed in a tonneau-shaped case—interesting, but maybe not the most versatile. This year, the collection returns with 13 references in a traditional round case.

The Da Vinci Tourbillon Rétrograde Chronograph is exactly what its name implies. A flying tourbillon sits at six o’clock while a retrograde date display curves in an arc from ‘8’ to ‘11’, meeting the chronograph function at ‘12’.

Clearly, the most obvious feature on the dial is the flying tourbillon with a complex hacking function that guarantees accuracy down to the second. Upon retraction of the winding crown, two levers halt the balance, wheel train and hands so you can set the time precisely.

Instead of the usual silicon escapement, this timepiece features a diamond-coated silicon pallet fork and star-shaped escape wheel. This escapement’s unusual construction, and its material’s extremely resistant and hard features help reduce friction and resistance, making the watch a lot more energy efficient. An IWC spokesperson revealed that the brand is currently looking at implementing this escapement system into other models in due time. 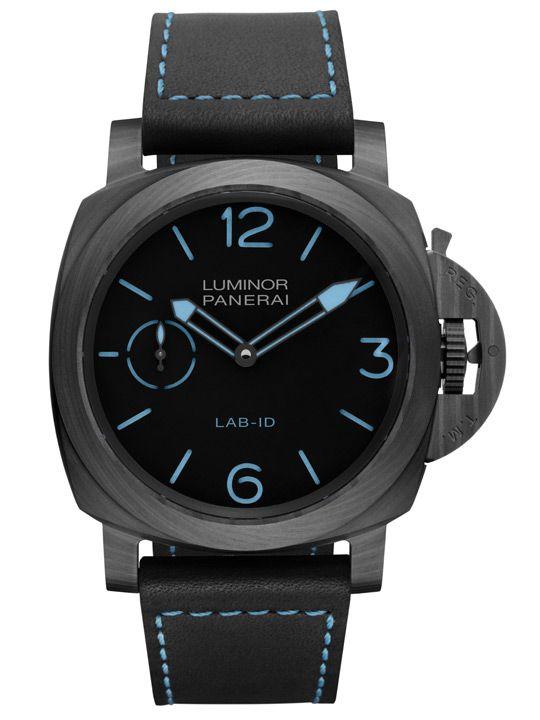 A 50-year guarantee? Sounds audacious but that’s exactly what Panerai is promising with this new timepiece. The LAB-ID is based on the evolved use of Carbotech, a carbon fibre composite material the brand introduced two years ago.

A proprietary innovation, carbotech, previously featured in watch cases, is said to be lighter and more resistant to external stresses compared to typical carbon cases. All that is well and good, of course, but there’s more to it. The material is also hypoallergenic and corrosion-resistant. Its uneven black hue also means each watch bears different gradients and is completely unique.

The 50-year guarantee comes in with the movement construction, now also made with carbon composites, allowing the semi-skeletonised movement to eschew lubrication. How is that possible? It’s all thanks to a combination of self-lubricating and dry lubricating materials used in the various movement parts, along with a silicon escapement that has been augmented with a coat of DLC.

In a first for the Swiss-based Italian marque, the famous sandwich dial is cloaked in a coating of carbon nanotubes, developed to absorb light and minimise reflection. In stark contrast, blue Super-LumiNova pierces through the dial openings to ensure a high degree of visibility in the dark—a feature that’s both stunning and practical.