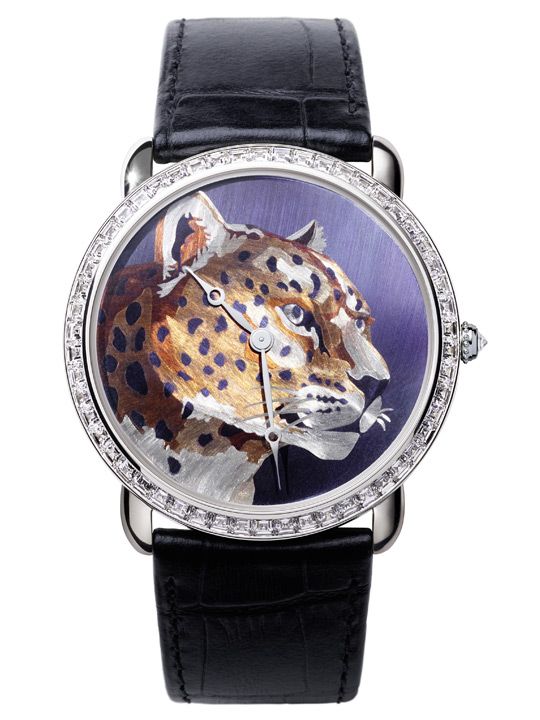 Although Cartier is best known for visually dramatic complications in the realm of haute horlogerie, the French maison also has a knack for thrilling watch lovers with its arsenal of decorative crafts, a number of which are developed in-house.

The Ronde Louis Cartier XL 'Flamed Gold Watch' is another fine example of its prowess in artisanal watchmaking, featuring a dial that combines the techniques of fine engraving and gold flaming that is simply stunning to look at.

The panther’s textured and multi-coloured profile on the 18k gold dial takes on a variety when viewed from different angles – the result of repeatedly engraving the pattern and firing the dial at high temperatures (up to 700˚C at the highest point) to achieve a spectacular palette of colours and sheen. As far as decorative dials go, this beauty sets the bar high for 2017. 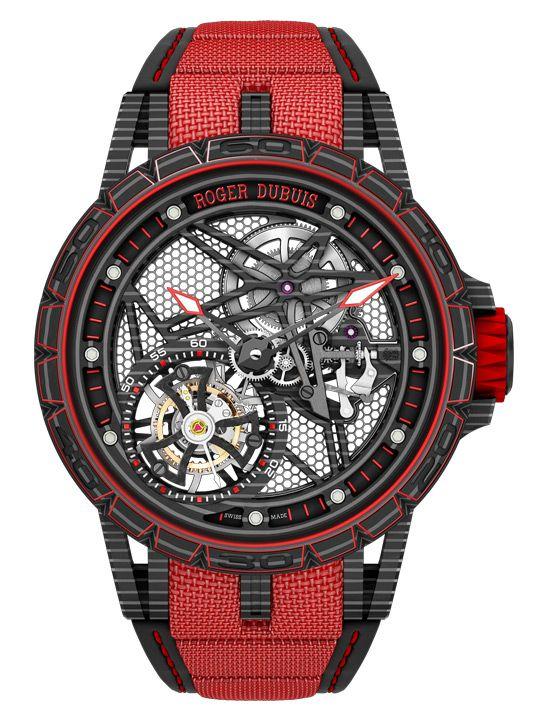 Of Roger Dubuis’ three ‘world premieres’ released this year – one of which we have reviewed here, and another of which we will discuss in our March 2017 print issue – the Excalibur Spider Carbon deserves special mention for its ballsy approach to material experimentation.

There are many carbon-clad watches in the market, but this one takes the cake by having a carbon case, skeletonised movement AND tourbillon cage. And this is not just for show. Thanks to the material, the entire watch is ultra-light, weighing in at just 40 grams, and is super energy efficient to boot, with power reserve up by 30 per cent to clock in at 70 hours on a full wind.

Perhaps most astounding of all, despite the arduous construction, the Excalibur Spider Carbon is, like every Roger Dubuis watch, Geneva Seal-certified. Limited to 28 pieces. 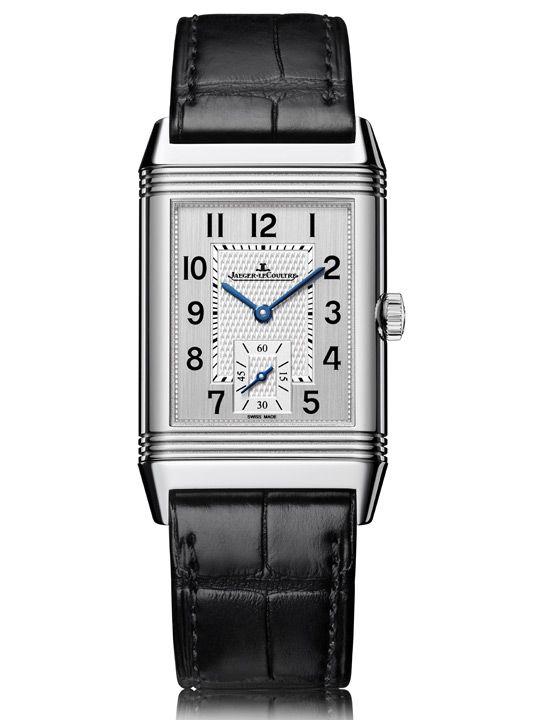 The pictures that we received at press time don’t quite do the new Atelier Reverso series justice. What you see here only scratches the surface of what the iconic collection has in store for men who desire to imbue a dose of personality into their Reverso watches. Fans now have six new dials to choose from to customise their own Reverso Classic Medium Duoface Small Second watch.

The front dial flaunts a silvered guilloche and brushed finish, while on the reverse with the second time zone, one can choose from a Clous de Paris guilloche pattern (pictured), carbon fibre pattern, shades of red or blue, or stone dial options like grey meteorite, green marble and tiger’s eye.

What’s more, the strap can also be easily changed to match the dial, with options that span a variety of colours and leathers including calfskin, alligator and ostrich. 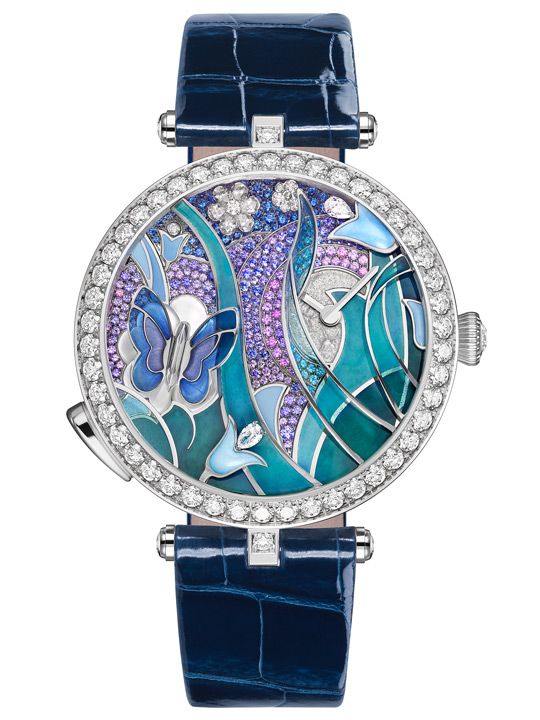 The best complications ought to elicit a sense of childlike wonder, and the Lady Arpels Papillon Automate has the ability to bring out the kid even in the most seasoned of technical watch buffs.

Hard as it is to believe, the gorgeous display of diamonds, mother-of-pearl sculpting, champlevé enamelling and pilque-à-jour enamelling (what you see on the stained glass-like effect on the sculpted gold foliage) merely provide the backdrop to the main complication – a butterfly at ‘9’, which flaps its wings randomly when one winds the watch or puts it on.

Even more captivating is the fact that the butterfly’s movement can interact with its owner: it flaps its wings more often and rigourously on a full wind, or when the owner’s wrist movements are more animated.

And although it seems like magic, the complication is all mechanical science and engineering, driven by a 471-part movement that comprises, amongst various mechanisms, a host of differentials, tiny spheres and a speed regulator to bring the butterfly to life.