The most impressive new watches from Montblanc, Parmigiani Fleurier, Richard Mille and Girard-Perregaux. 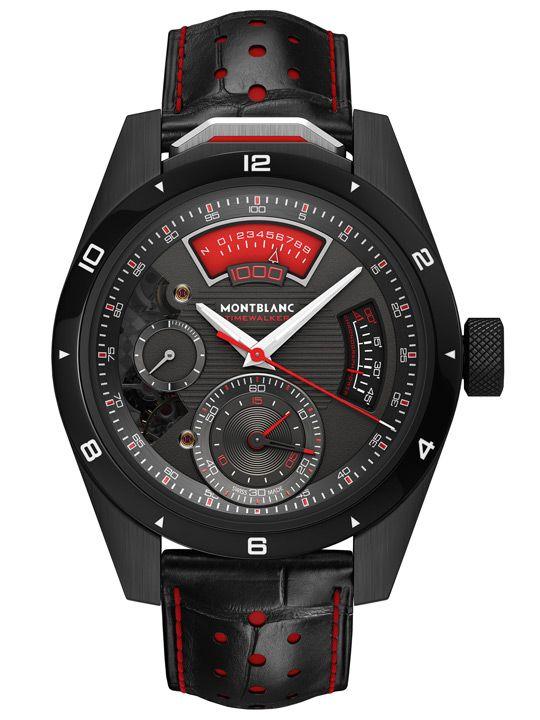 The ‘1000’ in the name of this timepiece refers to its ability to measure elapsed time to the 1/1000th of a second. That’s pretty darn accurate, if we might say so ourselves.
The watch is powered by one movement with two cores—the first indicates the time, while the second powers the chronograph function. Boasting two patents and 22 auxiliary patents, the high-frequency movement features a small balance wheel equipped with two hairsprings, one on top of the other, to allow for more precise adjustment.

To measure a thousandth of a second, the movement’s balance has a frequency of 360,000 semi-oscillations per hour - that equates to completing 100 to and fro movements per second! The chronograph function has a separate balance and its own barrel, which stores enough energy to measure intervals of up to 45 minutes. To extend the elapsed time measurement indefinitely, the crown simply needs to be turned anti-clockwise while the chronograph is running.
Like the sport it’s inspired by, the watch features elements that reference the golden age of motor racing. The chronograph power reserve indicator alludes to old fuel gauges while the 1/1000th of a second indicator hints at early racecar dashboards. Certainly for petrolheads. 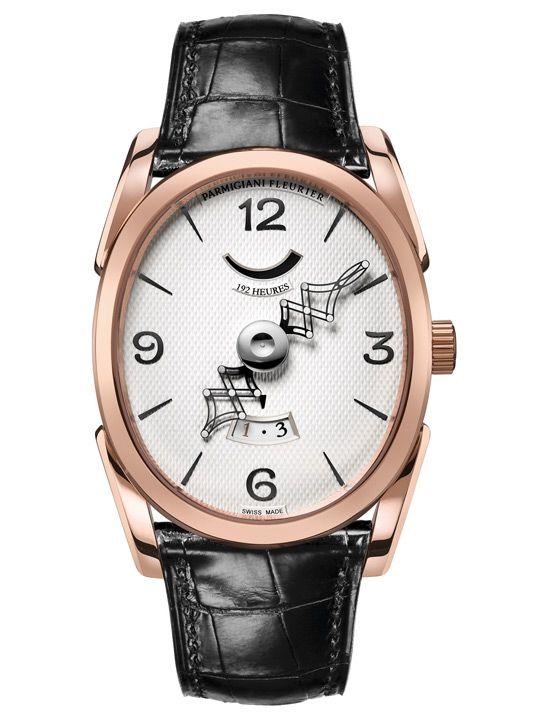 Although the Ovale Pantographe isn’t an entirely new watch (it’s been around since at least 2013), this year’s version sees a movement made entirely in rose gold. But apart from contributing to the overall aesthetics of the timepiece, rose gold actually presents some challenges to construction.

Because it’s a softer metal to work with, rose gold proved to be a constraint. When it came to machining the watch, or polishing, engraving and shining the movement, the metal would adhere to the watchmakers’ tools. As such, new techniques had to be devised to work with the gold more effectively.

The highlight of the watch, as before, is its iconic hands, which extend and retract as they move along the oval shape of the case. This innovative design was inspired by an oval pocket watch from 1780, which had two pawls in a cam, allowing the hands to both extend and retract.

The hands in the Ovale Pantographe are made with an aluminium alloy with a magnesium base for maximum flexibility, and comprises over 30 elements in constant motion, seen most clearly when setting the time. Set against a ‘barley grain’ dial, this timekeeper is not just a pretty face. It also comes with an eight-day power reserve and is limited to just 50 pieces. 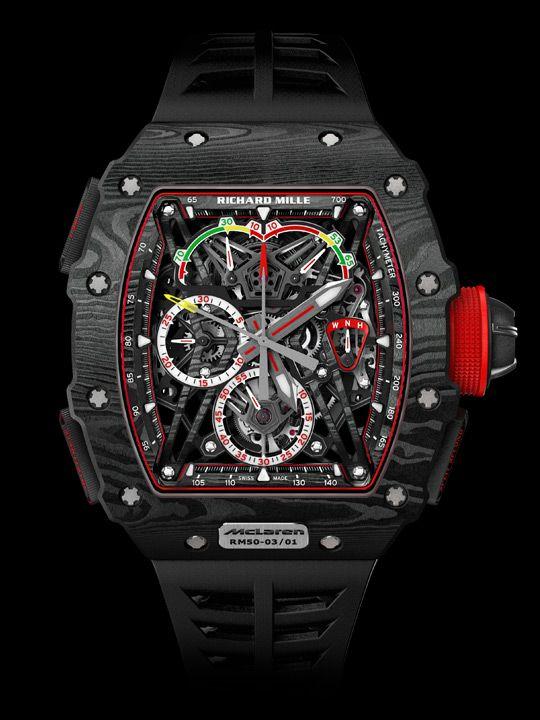 What we have here is the world's lightest split-seconds chronograph ever. Weighing just 40 grams, strap included, the RM50-30 is so light, it feels like next to nothing on the wrist.

"We took pains to shave off every unnecessary millimetre possible," revealed the brand's technical director, Julien Boillat. This feat is partly achieved by the infusion of a nano-material called graphene into very thin layers of carbon for the case, resulting in a composite material that is six times lighter than steel, but 200 times hardier.

Joined by a host of lightweight materials on the skeletonised movement—mainly grade 5 titanium and thin-ply carbon—this watch is a true flag-bearer for Richard Mille's Formula One-inspired 'Racing Machines For The Wrist' tagline.

The RM50-30 is a hardcore performer both inside and out. The hand-wound movement has been engineered to withstand shocks of up to 5000Gs, while promising top-notch chronograph precision with its automobile-inspired drive transmission going train, and impressive 70-hour power reserve.

It’s also the first collaboration between Richard Mille and the McLaren F1 team, fresh from inking a 10-year partnership in 2016, hence the team colours on the chronograph counters, and design references such as wheel rim-shaped crown and pedal-style pushers. Limited to 75 pieces at Richard Mille boutiques worldwide, this racy baby is yours for 980,000 Swiss francs. Astronomical complications are certainly well-represented at this SIHH. There are LOTS of moonphase watches for both women and men, and for the more discerning and deep-pocketed, a breakthrough masterpiece by Vacheron Constantin, as well as this statement maker from Girard-Perregaux.

An evolved take on the Tri-Axial Tourbillon unveiled two years ago, the Tri-Axial Planetarium is a theatrical timepiece that astounds on many fronts. The trademark high-speed tourbillon that rotates inside three cages at different speeds on three axes is a definite draw.

The visual drama is heightened by two astronomical complications: a micro-hand-painted moonphase in evocative and realistic shades of blue; and a globular, true-to-life depiction of the earth, which serves as a day/night indicator. The 13mm aluminium rotating 'earth' is also hand-painted, with cartography that depicts the planet as it was in 1791, the year of Girard-Perregaux's birth, and it is positioned to show where it's day on the dial side.

To the uninitiated, it seems a bit much to go through all this trouble with complications that other brands typically reduce to disc or arrow displays. But this is Girard-Perregaux, a brand known for marrying technical virtues with aesthetic oomph. And Tri-Axial Planetarium is another example that no detail is too small or frivolous for a poetic treatment.