A commemorative Seiko chronograph rich with history and flex appeal.

As track-and-field records fall at the latest World Athletics Championships at Eugene, Oregon, this year, outside of the competitive arena, Seiko, too, chalks up a personal best. With the 18th consecutive year of partnership between Seiko and the World Athletics Championships that stretches back to 1985, the Japanese watch brand is now the competition’s longest-serving official watch partner. Living up to the bill, Seiko bolsters the competition with the installation of numerous high-tech timing and judging systems and, for watch enthusiasts, a 400-piece limited edition of the Prospex Speedtimer chronograph. 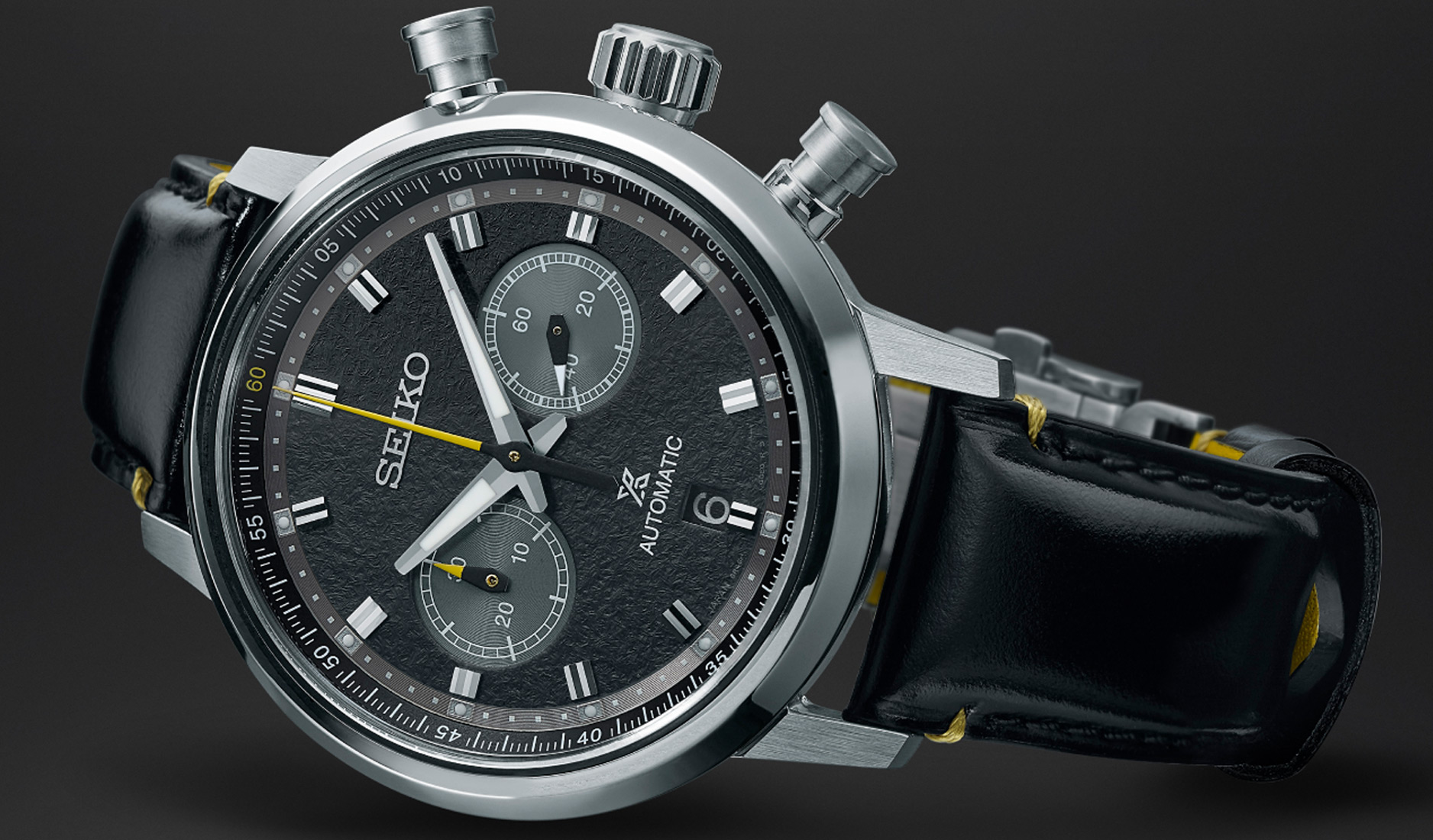 A watch with illustrious lineage, the first Seiko Prospex Speedtimer chronograph was introduced in 1969. It was an epochal timepiece, as the watch was among a trio of legendary automatic chronographs that made their world premieres that year. (The others being the El Primero by Zenith and the Chronomatic developed in collaboration by Heuer, Breitling, and Hamilton.) Incidentally, it was also during the 1960s when Seiko started rolling out devices and machines that wrote the blueprint for precision timekeeping at major sports competitions.

Fittingly, the commemorative Prospex Speedtimer chronograph distils Seiko’s horological milestone and legacy in one winsome package. The steel ticker wears its vintage and sports watch inspirations well. The oversized pump-pushers and crown stand out immediately, recalling old-school chronographs and also serving as a nod to the stopwatches of yore.

While there is an unfussiness and performance-driven ethos about the watch’s aesthetics – for instance, the high-contrast legibility of the chronograph central seconds and 30-minute totaliser hands in yellow ensure optimum readability – there are design flourishes that enshrine it as a World Athletics Championships collectable. The yellow hands are actually the same colour as Seiko’s timing and measurement devices at the competition, while the sand-textured dial is meant to evoke the grainy texture of running tracks. Elsewhere, the imposing pump-pushers not only lend the watch its distinctive look, but they also enhance tactility when activating the chronograph function. 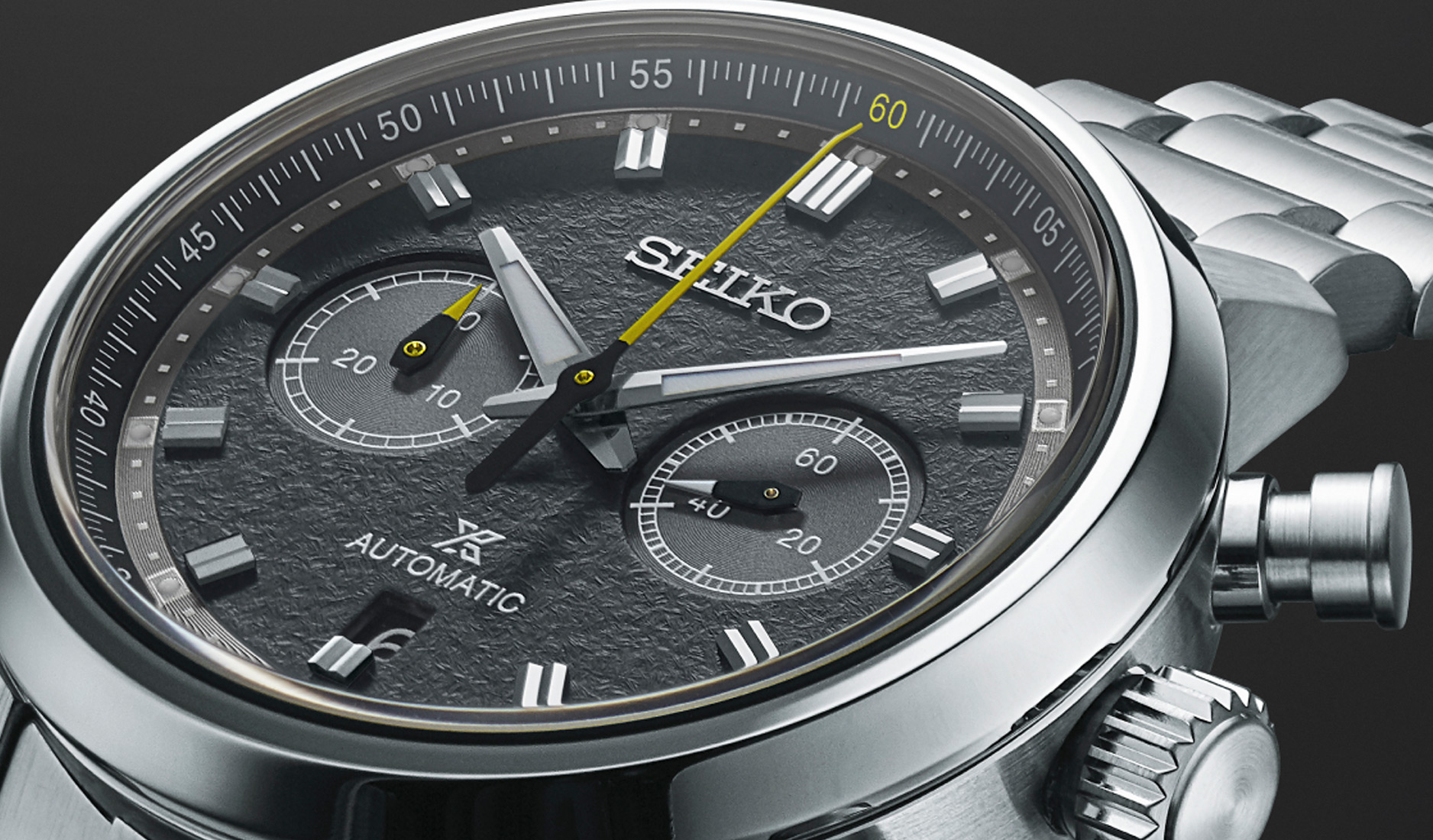 At the back of the case, one finds a sapphire caseback etched with the World Athletics Championships Oregon 22 logo and the words ‘official timer’, along with the limited edition number on the circumference. While the movement within is largely unadorned, it is a powerful and well-constructed engine.

Paying homage to the ground-breaking original movement in the 1969 Prospex Speedtimer chronograph (the Calibre 6139) the Calibre 8R46 that powers this watch is similarly equipped with vertical clutch and column wheel mechanisms for smoother and more precise actuation of the chronograph function. Elsewhere, the lightweight but robust escapement is manufactured using Seiko’s proprietary MEMS (Micro-Electro-Mechanical Systems) technology, an advanced semiconductor manufacturing technology that allows the brand to make tiny components with ultra-high precision and extreme tolerances. 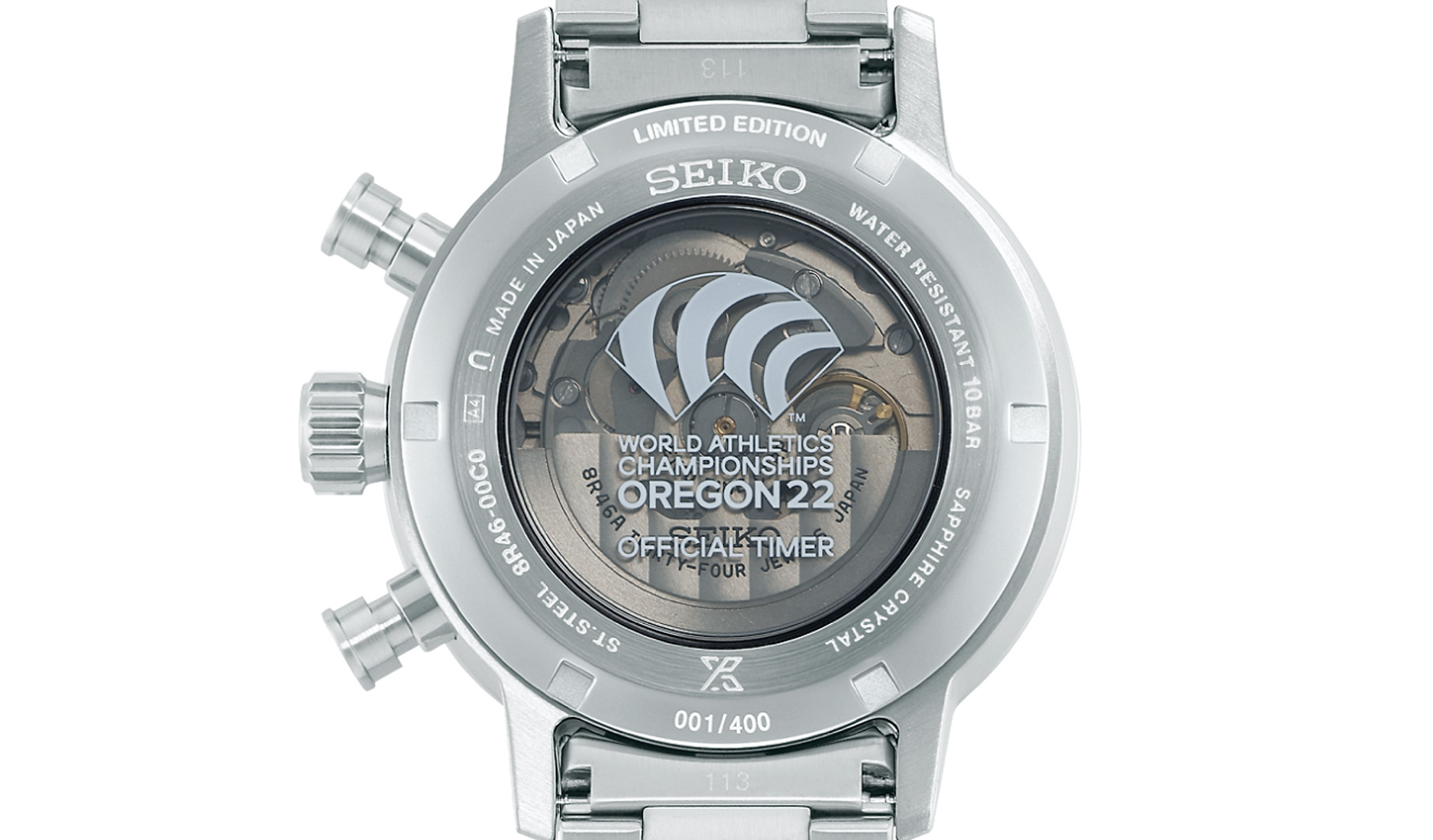 On the wrist, the Prospex Speedtimer World Athletics Championships Oregon 22 Limited Edition doesn’t look as imposing as its dimensions would have us believe. Measuring 42.5mm across and 15.1mm in height, this is not a tiny watch – and necessarily so, being a high-performance sports chronograph.

That said, the watch’s subtle interplay of colours on the dial and general aesthetic restraint takes the sportive flamboyance down a notch, which we find pleasing. It is still early days at this time of writing, but when the time comes for us to list our favourite sub-S$5,000 chronographs of the year, we are wagering on a podium finish for the Prospex Speedtimer World Athletics Championships Oregon 22 Limited Edition. 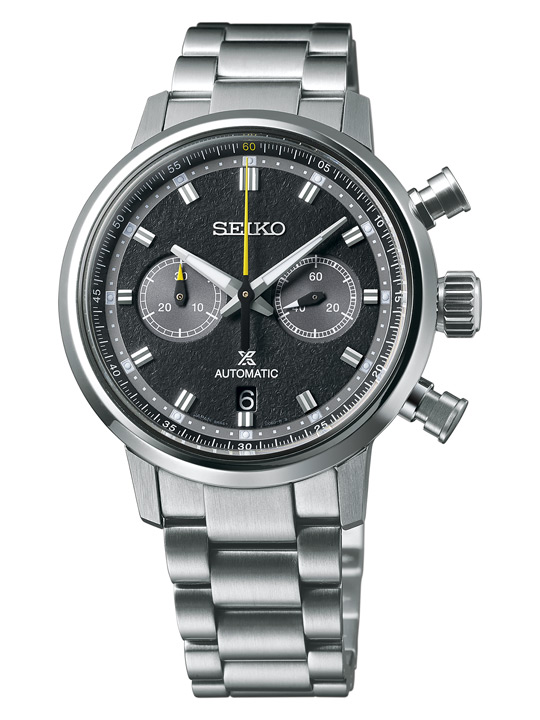