Seiko’s rise to the top of Japan’s – and indeed, the world’s - horological hegemony is built on many things, from the vision of its founder, Kintaro Hattori, to the backs of the company’s loyal and well-drilled design and production teams. But ultimately, it is always the watches that determine a marque’s longevity, and Seiko aficionados will posit four collections that have emerged as the pillars of the brand’s success: the Prospex, Presage, Astron and Seiko 5 collections. Each represents a different facet of Seiko’s design qualities and innovative prowess, and the brand is celebrating them all with four limited edition models. Clad in steel, and sporting silver dials, blue bezels and blue accents on the hands, this band of commemorative Seikos are super easy on the eye and, depending on which model you fancy, can be the same on your wallet as well. 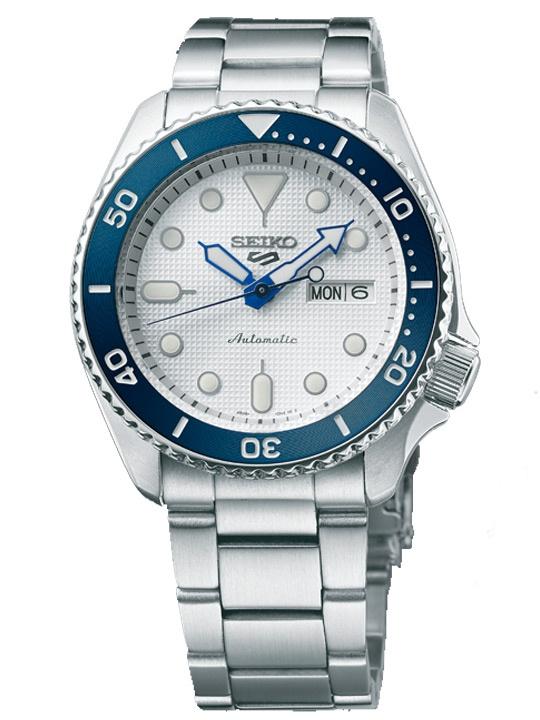 The Seiko 5 is considered by many watch lovers to be the best place to start for Seiko newbies, especially if one wanted a mechanical model but is hampered by strict budget. Launched in 1963 as the Seiko Sportsmatic 5, a line which subsequently expanded to include models like the Seiko 5 and Seiko 5 Sports, the collection is governed by five main virtues (of course): automatic winding movement; day/date displayed in a single window; water resistance; recessed crown at four o’clock; and durable case and bracelet. Limited to 11,000 pieces, the commemorative Seiko 5 Sports naturally boasts all of the above along with - probably the most appealing attribute - a non-prohibitive price tag of €300. 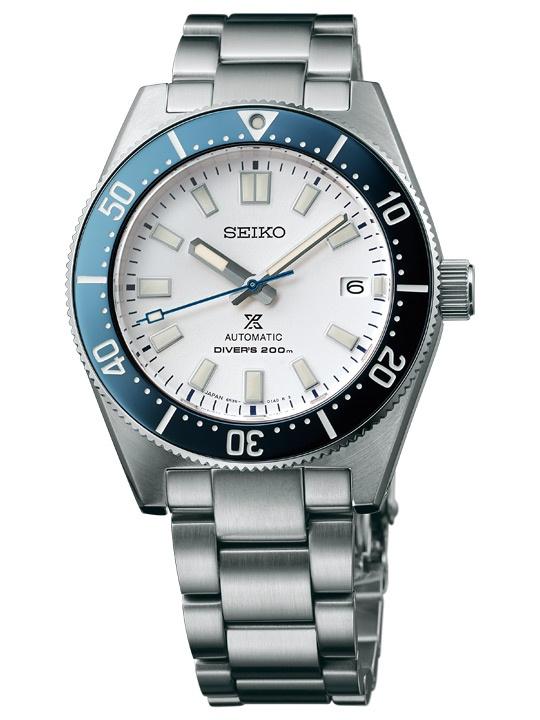 Another iconic Seiko sports model earning its spot in this stable of limited editions is the Prospex dive watch. Having cemented its place in horological history as Japan’s first dive watch – as the Seiko 150M Diver’s watch 62MAS, introduced in 1965 – the Prospex (short for ‘Professional Specifications’) has Seiko planting its flag in the world of high-performance underwater tool watches.

Superb water and shock resistance, excellent legibility, robust construction – features de rigueur to modern dive watches, were explored to the extreme in the Prospex collection, evinced by milestone models like the Diver’s 600M (1975), Diver’s 1000M with ceramic case (1986), and the Spring Drive Diver’s 600M (2000), the world’s first dive watch with Seiko’s proprietary Spring Drive technology. Paying homage to its roots, the 140th anniversary edition takes us way back with a modern interpretation of the 1965 original. Sporting dial configuration and baton hands and indices that recall the OG, while offering enhanced water resistance at 200m, the commemorative Prospex costs approximately €1,250 and is limited to 6,000 pieces. 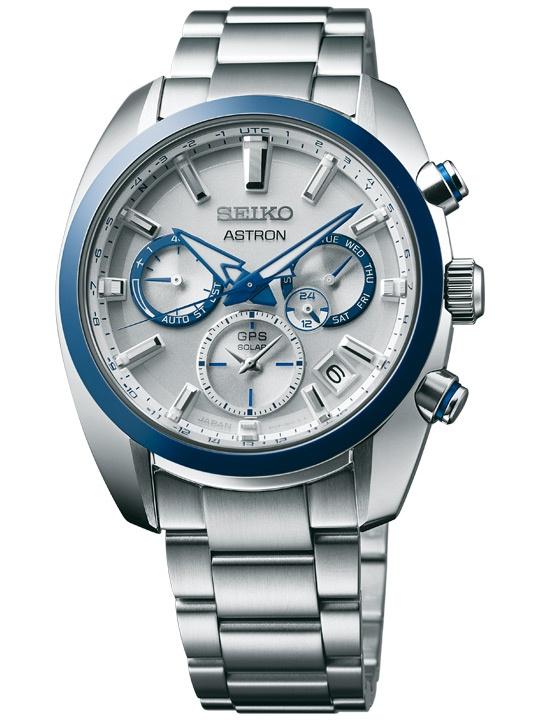 To make a statement about being on the cutting-edge of horological technologies, Seiko picked a watch from none other than the legendary Astron collection. The first Astron timepiece, launched in 1965, was the Astron 35SQ, the world’s first mass produced quartz watch. Exceedingly accurate, highly affordable and (back then) wildly disruptive, the battery-operated Astron led the charge for a quartz watch revolution. It took on the mammoth Swiss mechanical watch industry and almost brought it to its knees. Today, quartz watches are an indispensable pillar to the global watch trade, offered by brands across the price spectrum. Needless to say, the Seiko Astron played a big role in changing the course of horological history.

The Astron GPS Solar Dual-Time 5X53 Anniversary limited edition, which is capped at 1,400 pieces, is packed with a host of intelligent performance-enhancing technologies that does justice to its legacy. Powered by the quartz Calibre 5X53, the watch can automatically adjust to the correct time anywhere in the world, thanks to its hybrid GPS and solar powered technology, and boasts other features like high-speed time zone adjustment, time transfer function, world time function and perpetual calendar correct to the year 2100. 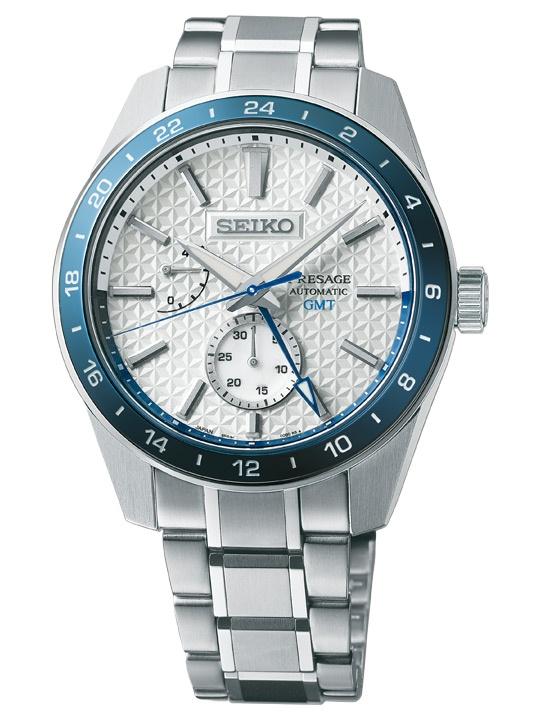 Saving the most refined option for the last, we have the Presage Sharp Edged commemorative edition. A collection comprising over 60 references, the Presage is where Seiko expresses its take on Japanese horological refinement and traditional craftsmanship. The wide selection of Presage models comprises watches from the ‘basic’ line, which include the popular Cocktail Time range featuring beautifully crafted guilloche-style dials, as well as the ‘prestige’ line, consisting of watches powered by Seiko’s top-of-the-line movements and feature artisanal enamel and porcelain dials.

The Sharp Edge series is distinguished by numerous flat and facetted angles that sheath the watch case and bracelet, imbuing the timepiece with a contemporary silhouette that sparkles as it catches the light from multiple directions. Other defining characteristics are the super-hard coating on the case that helps prevent scratches and ensures enduring brilliance, and the patterned dial with traditional Asanoha (hemp leaf) motif that one often finds on Japanese fabric and architecture.

Here, the 3,500-piece commemorative edition exudes sharp sophistication with its largely monochromatic colour scheme punctuated by icy blue on the bezel and hands. A classy dress watch with mechanical muscle, the watch is driven by the automatic Calibre 6R64 with dual-time zone functionality and 45-hour power reserve. 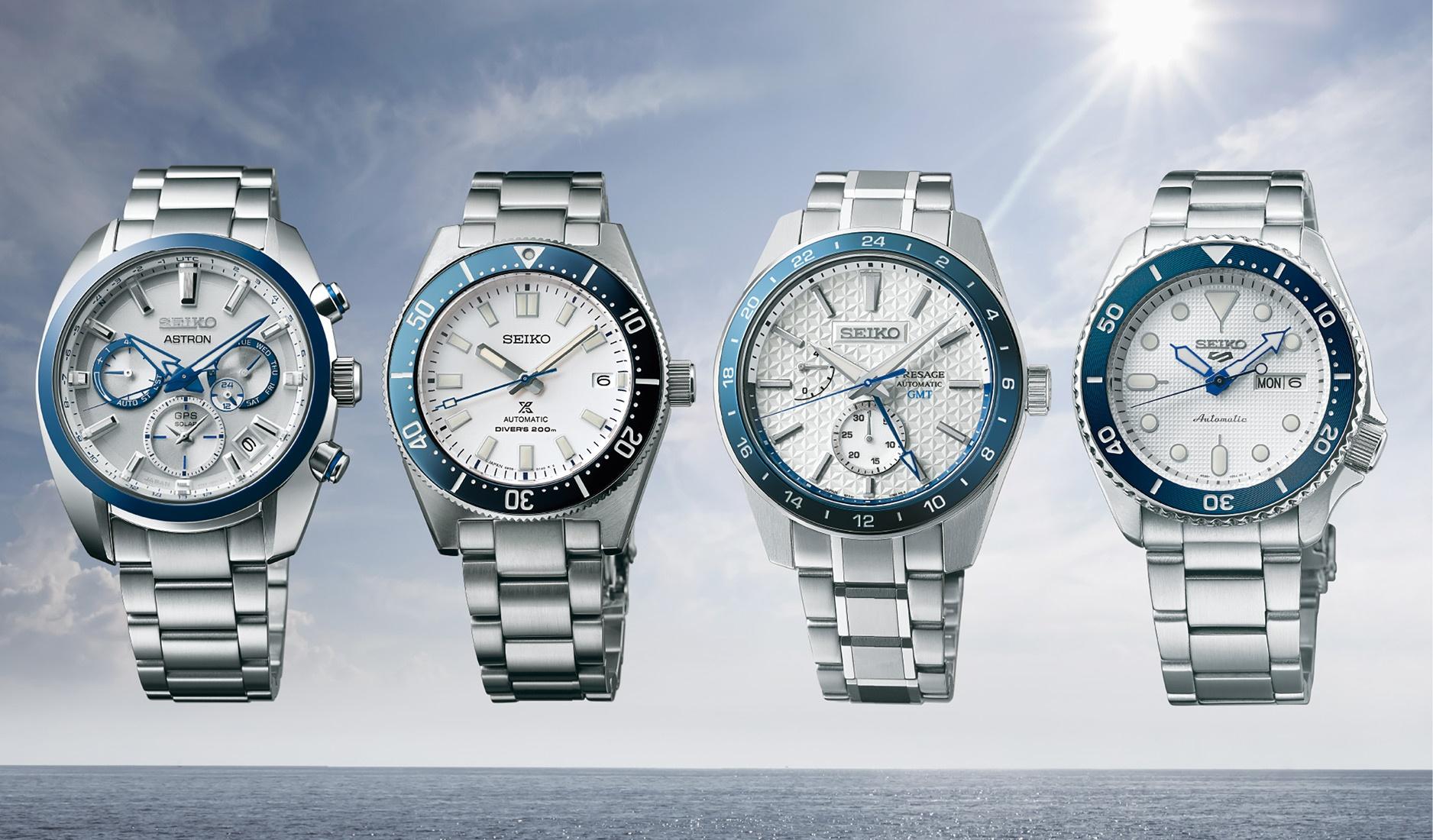 While one may be partial to a certain style, functionality or price tag, the four commemorative editions go deeper than any of these qualities by telling a fully formed story of how Seiko came to carve a niche for itself. And although they are sold separately, the most enthusiastic of Seiko collectors will find it hard to resist procuring the watches as a quartet.