Still Rolex’s most complex wristwatch ever. 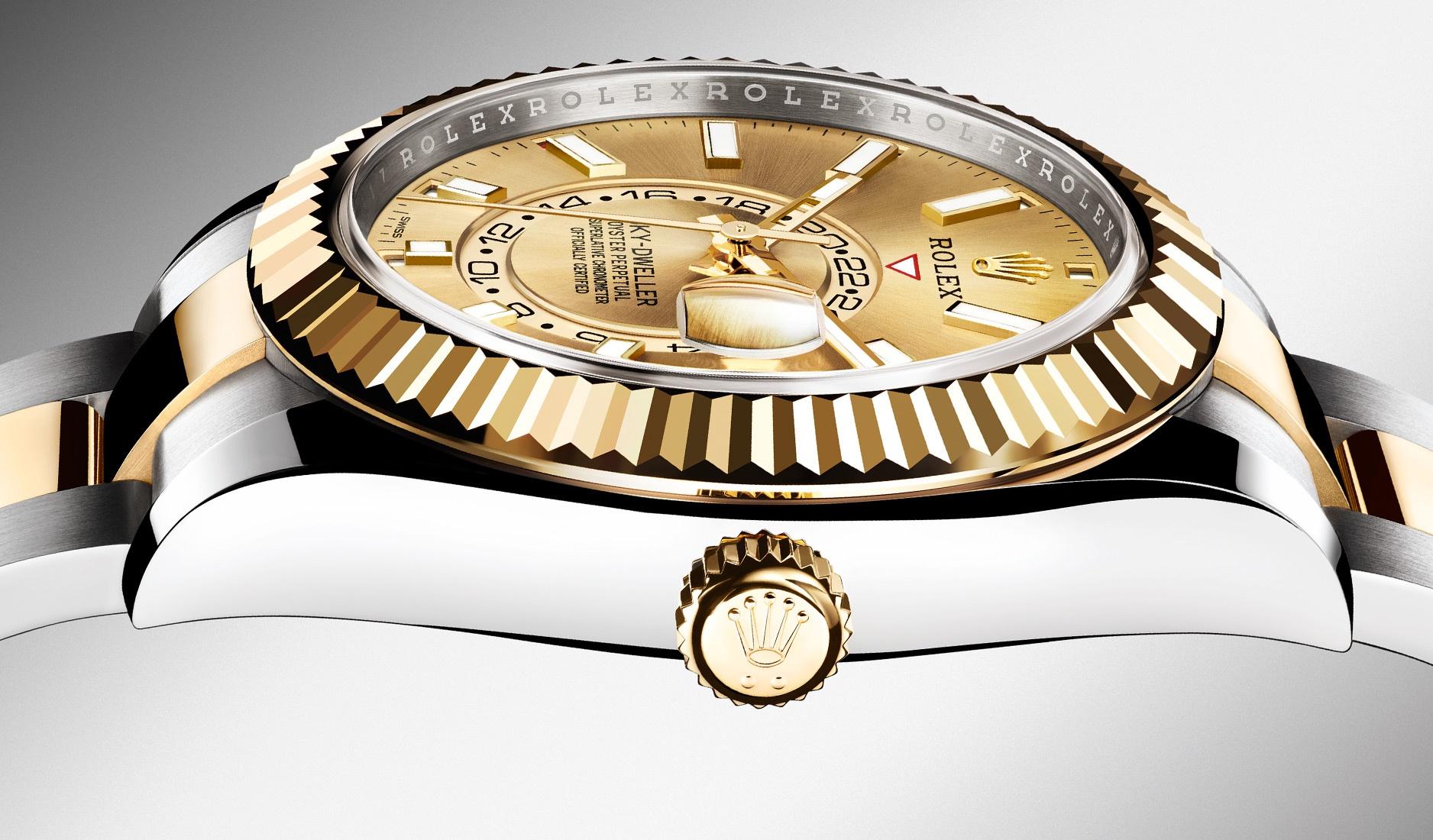 For reasons best known to Rolex itself, the world’s largest watch brand has almost exclusively only focused on rolling out innovations and wristwatches that improve the basic principles of timekeeping – precision, robustness, and energy efficiency. And in this steadfast journey, Rolex has produced the most beloved and coveted horological icons of our time.

Even so, there have been times when Rolex have decided to flex its mechanical muscle to offer something technically fancier. And the last time that happened was in 2012, when it debuted the Sky-Dweller, a one-of-a-kind multi-time zone annual calendar watch that, until today, remains the most complicated timepiece that Rolex has ever created. 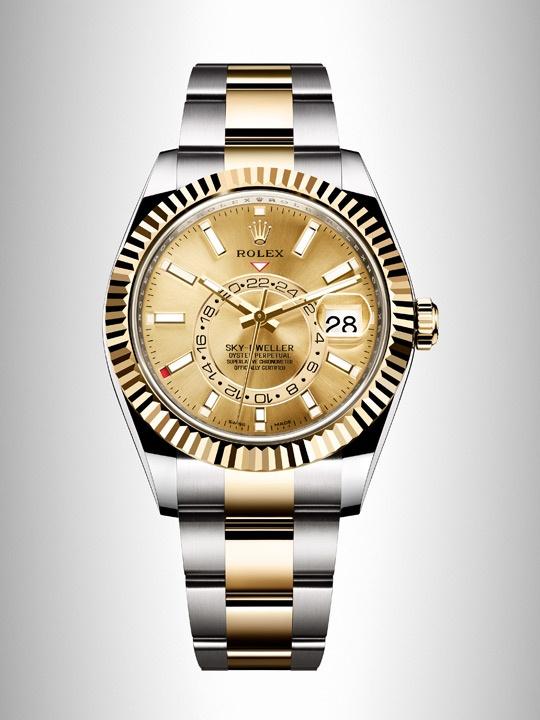 IT’S NOT A NEW GMT-MASTER
On paper, the Sky-Dweller looks to offer a more evolved take on the GMT-Master II’s dual-time zone functionality. Though the comparison is not unjustified, its isn’t totally accurate either. While both watches serve similar purposes, the Sky-Dweller and GMT-Master II are completely different beasts, both on the inside and outside.

THREE BIG FEATURES COMPLICATIONS
The Sky-Dweller is anchored by two key complications – dual-time zone and annual calendar – and a proprietary function adjustment system called the Ring Command Bezel. The watch boasts 14 patents, five of which were brand new at the time of its launch in 2012 – all of which were built around the automatic Calibre 9001 that was created just for this watch.

Perhaps most impressive feature in the Sky-Dweller is its smart indication-adjustment feature known as the Ring Command bezel. The Calibre 9001 is constructed with a selector wheel at its outer edge, which engages the bezel. This nifty bit of engineering allows the user to set the date, home and away times – both forwards and back – by simply turning the bezel.

CALIBRE 9001 TOPS THE LIST
Rolex has always prided itself on a relatively lean but formidable repertoire of in-house movements. Its current range of calibres are all COSC-certified, with several featuring advanced components like the Chronergy escapement that helps boost energy efficiency and precision (Calibres 3235 and 3255), and Syloxi hairspring derived from a silicon material (Calibre 2236). The more complex movements comprise chronograph calibres that drive the Daytona collection (Calibre 4130) and two-time zone calibres found in the GMT-Master II (Calibre 3285). The Calibre 4161, an automatic column-wheel chronograph movement with countdown timer, which powers the Yacht-Master II, last held the title of Rolex’s most complicated movement – until the debut of the Calibre 9001. 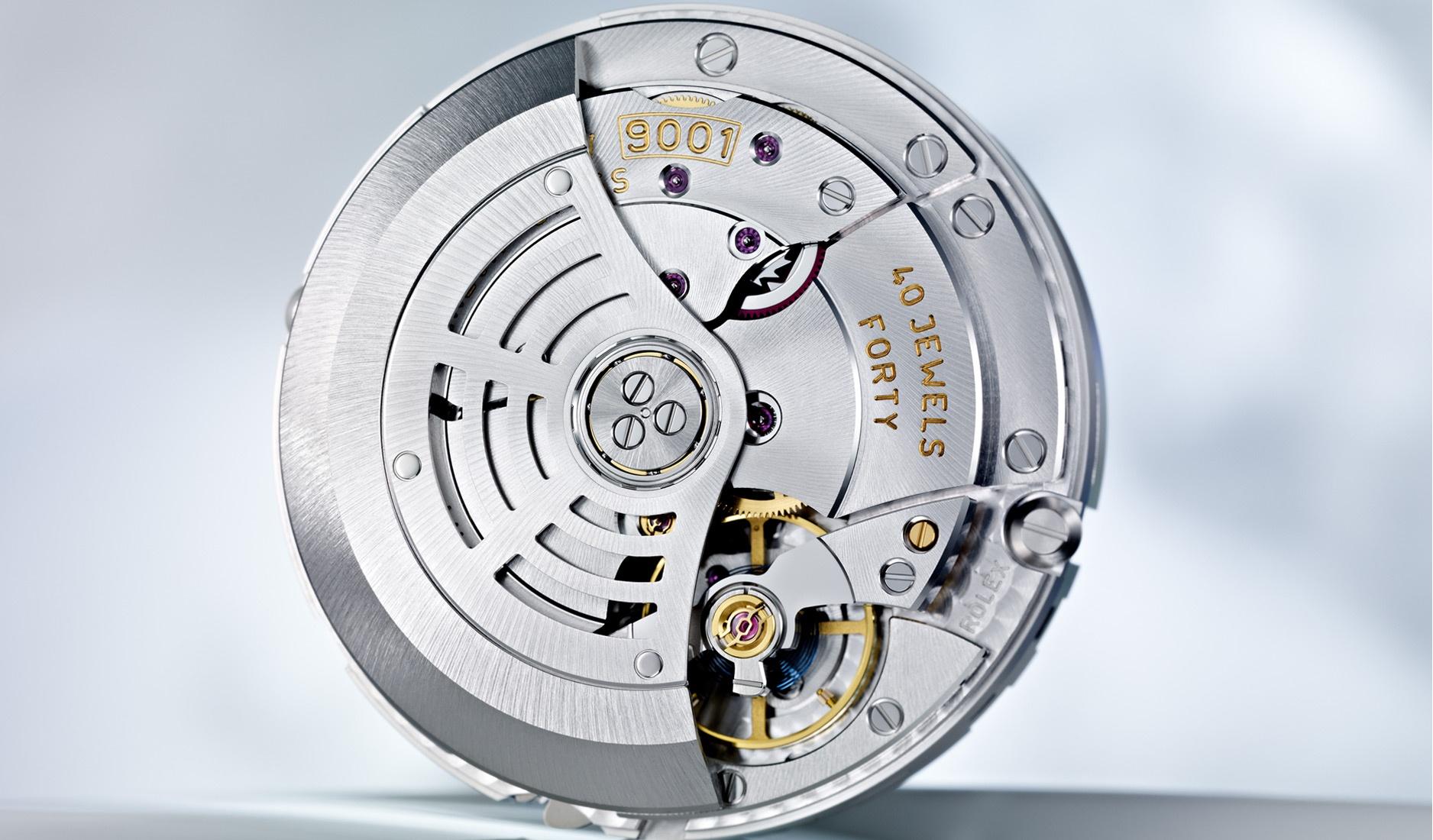 EASE-OF-USE IS ITS BEST FEATURE
The Sky-Dweller’s best virtue has to be its ease-of-use. For one, it’s highly legible – always a must for good two-time zone watches. The Sky-Dweller displays the main hours and minutes as usual, but shows the second-time zone via a 24-hour ring and a red pointer, as opposed to using a separate hour hand. Meantime, the month is indicated via 12 apertures that circle the dial alongside the hour numerals, while the date is displayed by way of Rolex’s famous Cyclops lens. 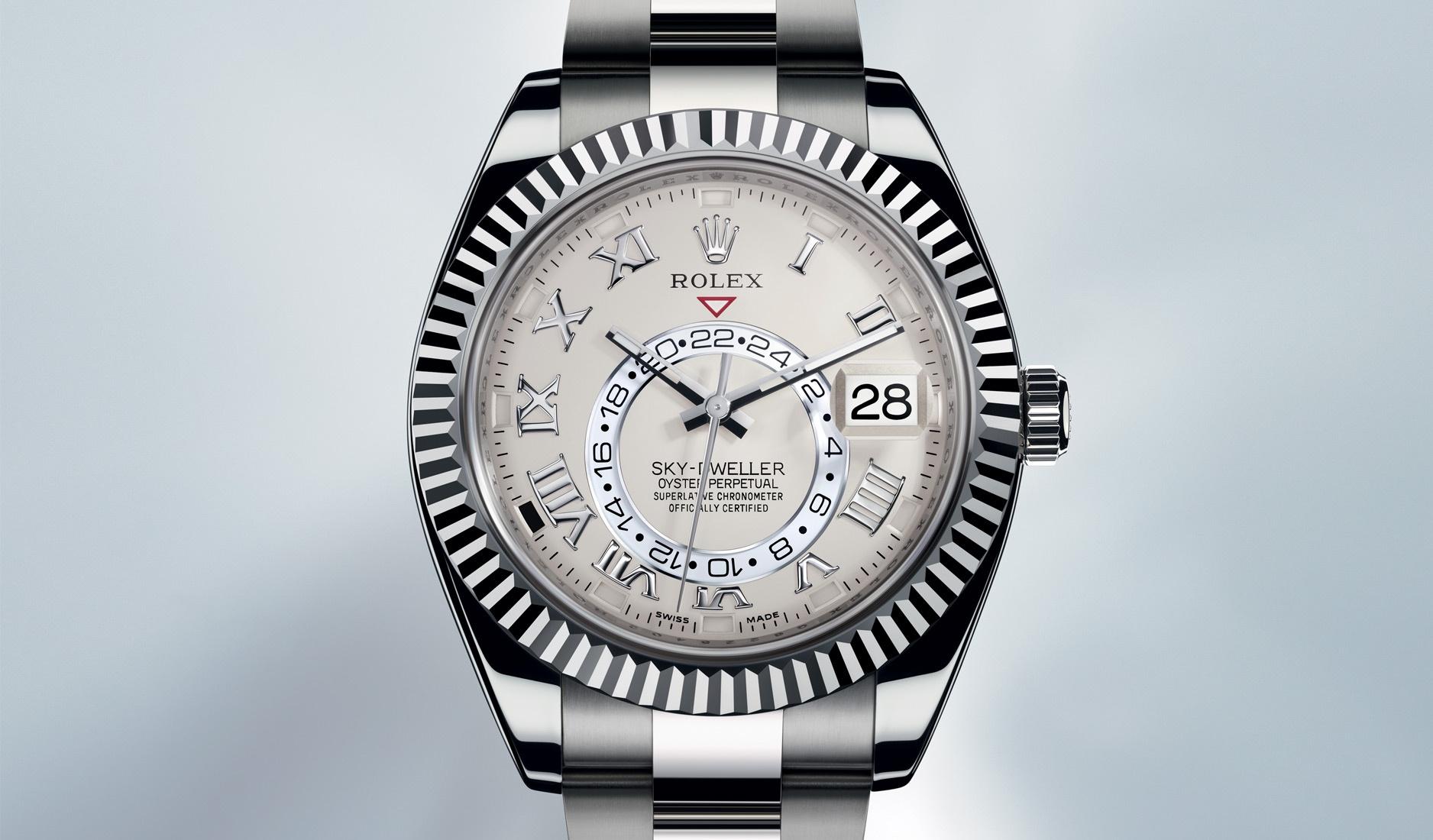 Despite toiling almost anonymously in the background, the Sky-Dweller’s annual calendar feature deserves much praise for its quiet but powerful efficiency. The system automatically differentiates between the 30 and 31-day months, and requires adjustment only once a year – on 1 March, as the preceding month of February has only 28 or 29 days. The annual calendar complication isn’t new, but Rolex’s version is unique (it’s in fact the brand’s first). The brand ‘simplifies’ the mechanism by first designing the system around a fixed planetary gear wheel as alluding to the sun at the centre of the movement, and then adding only two gear ratios and four gear wheels to its existing date calendar system to make it work.

For Rolex enthusiasts who are accustomed to judicious line extensions and upgrades from their favourite brand, getting introduced to the Sky-Dweller in 2012 must have felt akin to a business class traveller experiencing a first-class upgrade. Though already accustomed to the perks and luxuries of upscale flying experiences, the step-up, while still familiar, must have felt like something else altogether.