Written by Joshua Yap on 30 January 2020. in Rolex Articles.

Lengthy waitlists isn’t one of them. 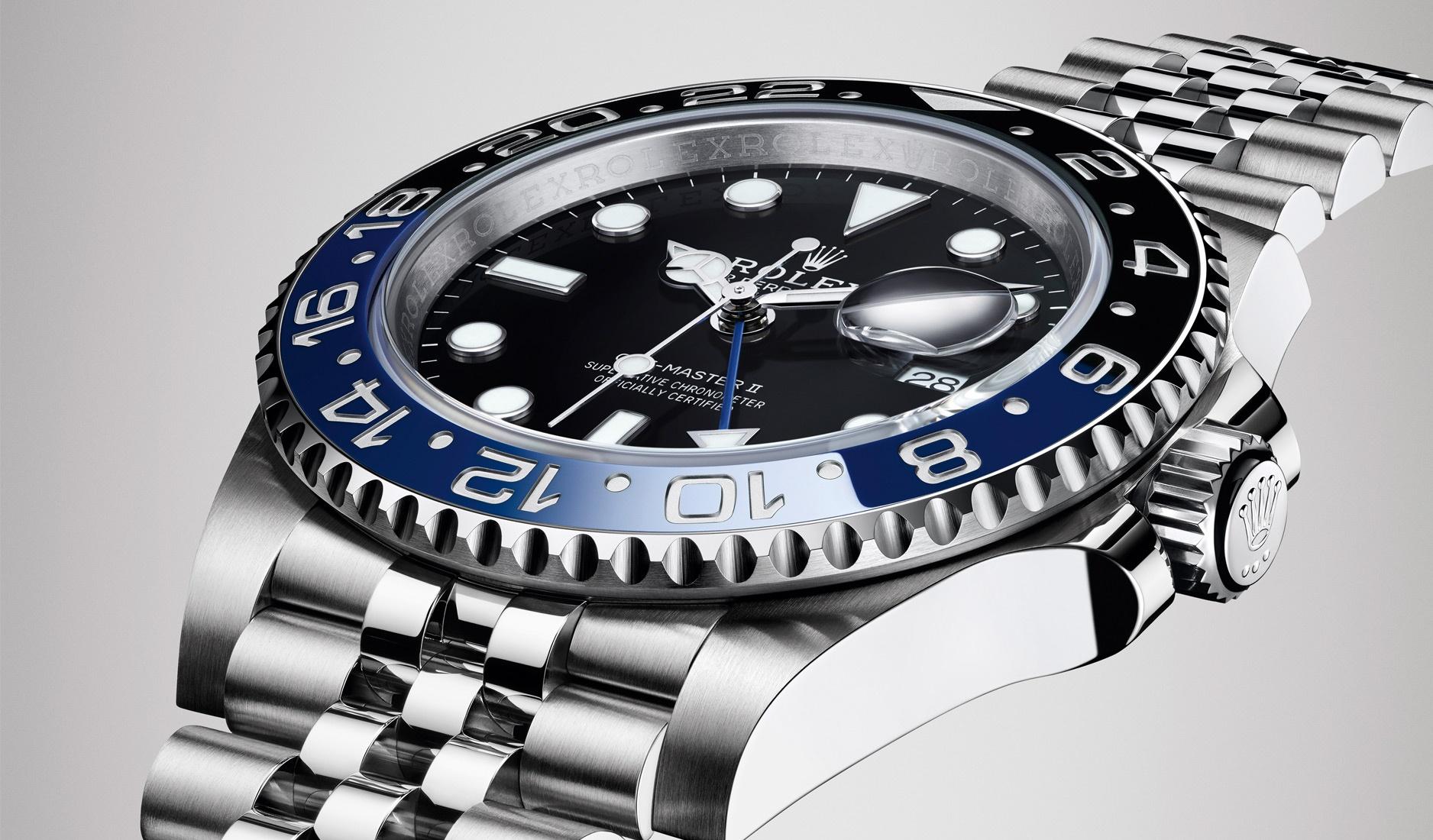 Whether the ‘Batman’, ‘Pepsi’, ‘Root beer’ or the plain old ‘Dark Knight’ (our own sobriquet for the black ceramic bezel version), demand for the Rolex GMT-Master II has been red-hot in recent years, regardless of the hue of the bezel.

Endowed with two-time zone functionality matched with sportive machismo, the Rolex GMT-Master II occupies a unique position in the brand’s repertoire – part-sports model, part-functional complication. And perhaps one of the reasons why, apart from Rolex’s own watchful eye over available stocks, fervour for the watch has been peaking over the past few years.

DESTINY WRITTEN IN THE SKIES
The precursor to the GMT-Master II, the GMT-Master, was destined for rarefied air at the onset. Created 63 years ago, a period many considered to be the golden age of air travel, at the behest of Pan American Airways, it helped the airline’s crew track a second-time zone on long-haul flights, thereby cementing the watch’s association with the glamorous jet-set. 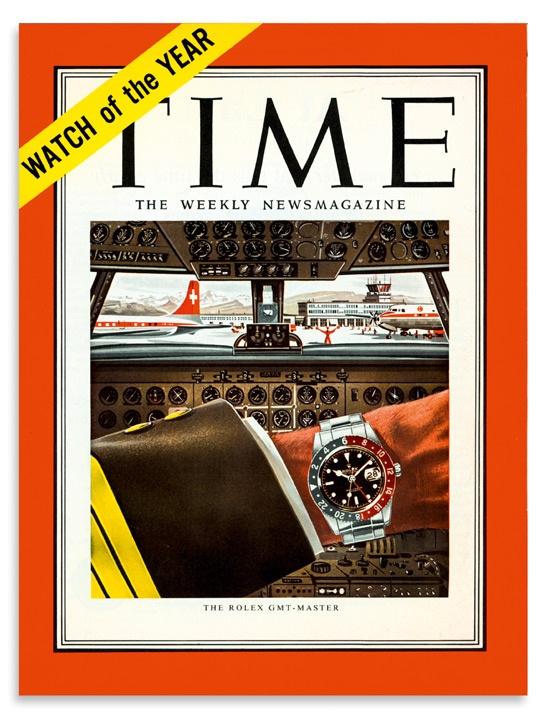 A TOOL WATCH FIRST
Dashing good looks aside, the GMT-Master’s raison d'être is and always will be a tool watch – robustly built, certified chronometer, and designed to fit the needs of airmen, ship captains, navigators, and adventurers. It is no surprise that professionals from various fields have since adopted it as their trusty companion on their groundbreaking exploits, something the brand proudly trumpets in its marketing efforts. Most notably, when former British actress Sheila Scott broke over 100 aviation records in the 1960s, her GMT-Master was with her in the cockpit. NASA astronauts of the Apollo programme were known to have strapped GMT-Masters over their spacesuits, with Ronald Evans wearing his on the last manned moon mission in 1972 – the Apollo 17. Formula One Legend Sir Jackie Stewart and British explorer Tom Sheppard (who led the first-ever crossing of the Sahara), too, counted on their GMT-Masters on their path to greatness.

THE DAWN OF THE GMT-MASTER II
Over the decades, the GMT-Master received numerous enhancements inside and out, from the introduction of crown guards (Ref. 1675), fine-tuning of the look of the dial and case dimensions, to the addition of models in precious metals. It also underwent several overhauls under the hood to boost its performance with movements with higher beat rates and hacking seconds. 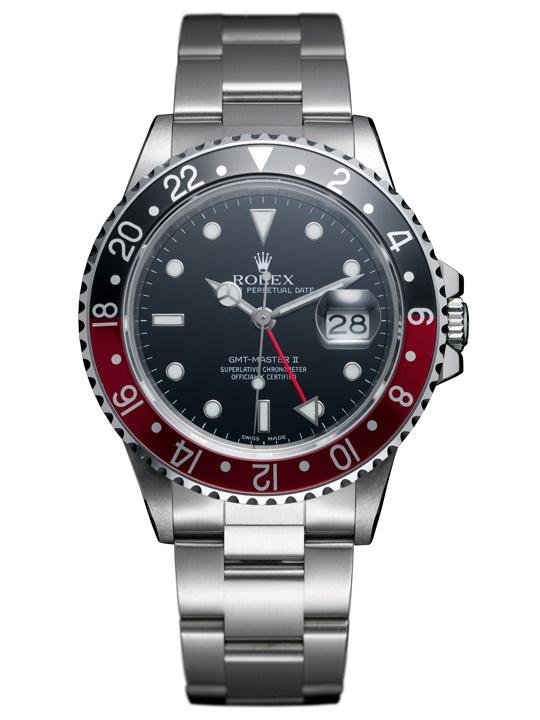 In 1982, the GMT-Master II (Ref. 16760, above) made its debut, allowing the 24-hour hand to be set independently thanks to its Calibre 3085. The collection was eventually endowed with the Calibre 3186 in 2007 (Ref. 16710) – which continues to power most of the current GMT-Master II models – that feature the paramagnetic and shock-resistant blue Parachrom hairspring.

CUE THE CERAMIC REVOLUTION
Though relatively durable, the aluminium bezel insert the featured in the original GMT-Master and GMT-Master II wasn’t without its flaws. It was vulnerable to scratches, and its colours tended to fade (though it must be said that those exact same time-hewn battle scars are what now make old GMT-Masters highly coveted by vintage watch lovers). 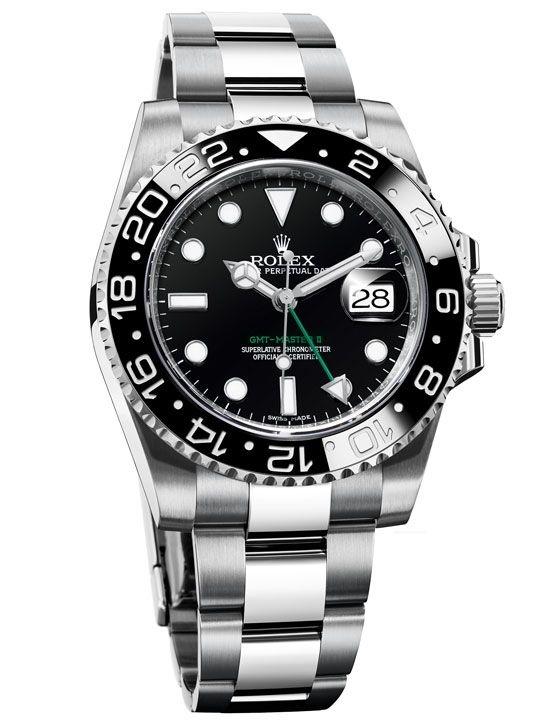 Rolex addressed these shortcomings with its exclusive Cerachrom bezel that made its first appeared in 2005’s Ref. 116718LN but only in black. It then took the manufacture eight years to create a bi-colour Cerachrom bezel through clever chemistry, albeit in blue and black (Ref. 116710BLNR). And those who held out for a ‘Pepsi’ bezel in the new-fangled material finally got it in 2014, though they had to contend with the hefty price tag of the white gold Ref. 116719BLRO.

WHAT’S HOT (FOR NOW, AT LEAST)
As we warned, by the time you read this, there’s already a lengthy waitlist for several new GMT-Master IIs. So, which are the ones worth joining the queue for? Here are two from the past two years. 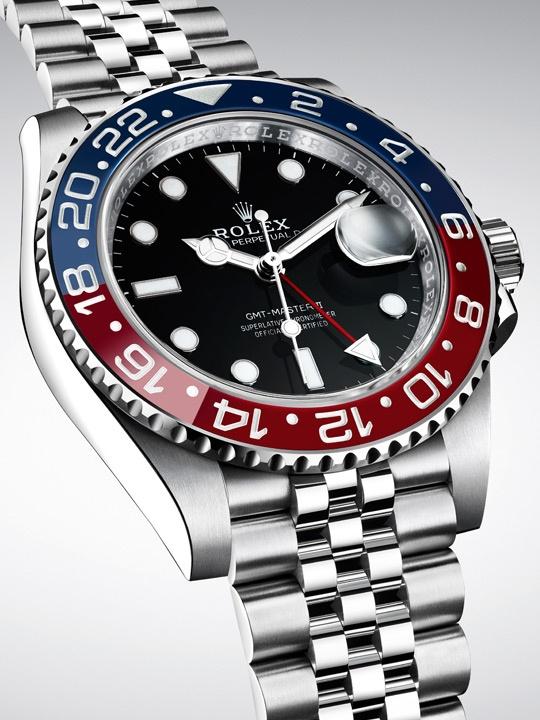 In fact, interest for this stainless steel number had been stoked since 2014 when Rolex figured out a way to fashion its iconic ‘Pepsi’ bezel in scratch-proof, fade-resistant Cerachrom (proprietary high-tech ceramic) but chose to introduce it in a white gold model instead. Besides bringing down the price point with the use of Oystersteel (904L stainless steel), the watch featured a number of updates, chief of which is its Jubilee bracelet that makes this its first modern-day sports model to be fitted with one, as well as a new movement – Calibre 3285. 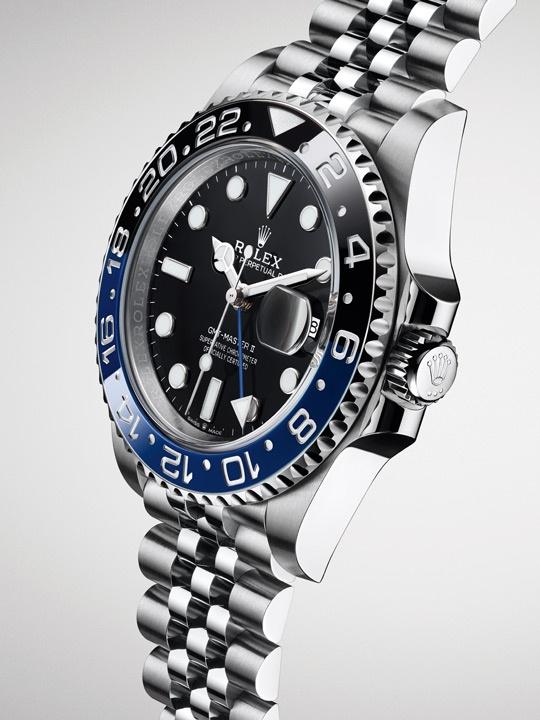 Like last year’s ‘Pepsi’ version, this model is also clad in steel and comes with the Calibre 3285, which offers a power reserve of 70 hours, a substantial upgrade from the first ‘Batman’, which came with the Calibre 3186 and a power reserve of 50 hours. Similarly, it follows the new ‘Pepsi’ in being outfitted with a Jubilee bracelet. If you’re familiar with Rolex, you would know the Jubilee bracelet has mostly been paired with dressier models like the Datejust.

Now that we’ve been seeing it in the brand’s ‘Professional’ or sports models, it’s clear Rolex knows its appeal and demand in the sports luxe category. Currently retailing at S$12,980, the ‘Batman’ is exactly the same price as the ‘Pepsi’ from 2018. And if it follows the overwhelming demand of the ‘Pepsi’, you’d need a really good friend at an authorised retailer to hook you up with one.