This is the holy grail from Rolex.

If you’re a Rollie fanboy (or girl), there’s little doubt you would have heard of the legendary Paul Newman Daytona. Or, more precisely, the Rolex Cosmograph 'Paul Newman' Daytona Ref. 6239 (above).

Considered the holy grail of Rolex collectors, it’s probably the most famous of all Rolex Daytonas and also one of the hardest to acquire since it has been out of the public eye since the 1980s. In fact, no one outside of the Newman family knew where it was. Until now.

With the watch going under the hammer at the end of the month, here are three things you ought to know about it. In case, you know, you want to make a bid for it.

1. It was the first Daytona Paul Newman wore.

The racecar driver and Hollywood legend was known for his association with Daytonas, having worn various ones throughout his career. But this was the first one he owned and, later popularised. It was gifted to him by his wife, actress Joanne Woodward, who was constantly worried about her husband’s speed-loving antics on the racetrack. She chose the first model Rolex produced in their now-iconic Cosmograph “Daytona” series and engraved it with a loving reminder – 'DRIVE CAREFULLY ME'.

The Rolex Cosmograph Daytona from 1963

You’re probably wondering what that means. Well, if you compare the 'Paul Newman' dial to that of a regular vintage Daytona, the difference is apparent at first glance. For one, the 'Paul Newman' sub-dial uses an art deco font. There are also small squares at the end of the hash marks and a red ‘Daytona’ inscription above the sub-dial at six o’clock. This combination is so exquisite that all other Rolex Daytonas with this combination are known as 'Paul Newmans'.

3. It might set another world record.  (UPDATE: It has!) 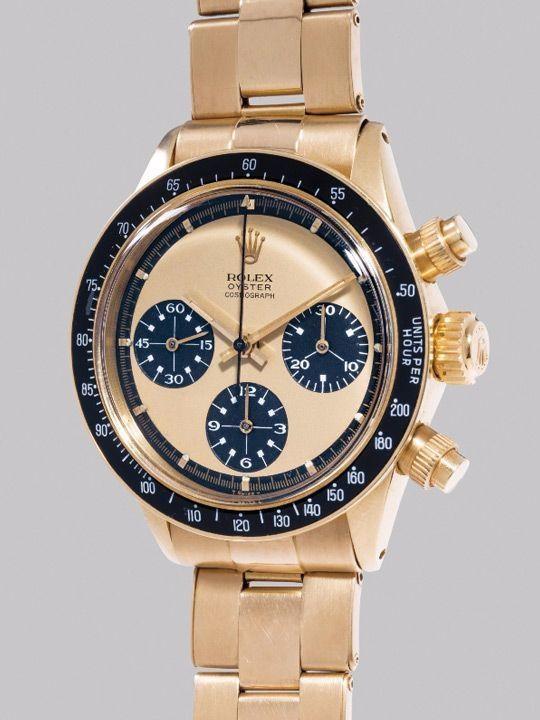 Previous 'Paul Newman's' have been setting world records at the auction house with the most recent being an 18K yellow gold Ref. 6263 (above) which went for US$3,717,906 in May 2016. Nicknamed 'The Legend', this Rolex with a lemon dial is extremely rare and, until the auction, few believed there were actually any in circulation. The other “Paul Newman” that made news recently was the stainless steel 'Paul Newman' Ref. 6263 (above) sold in May 2016 for US$2,024,700. Christened 'Oyster Sotto' by collectors, the name is Italian for 'Oyster underneath' and likely refers to the position of the word, 'oyster' underneath the word, 'Cosmograph' at 12 o’clock. 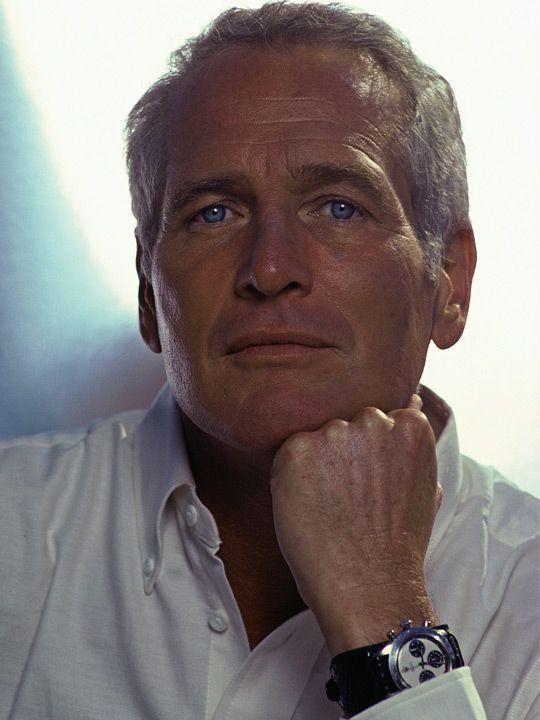 Photo of Paul Newman by Douglas Kirkland/Corbis via Getty Images

With the precedent set by the previous 'Paul Newman' Daytonas, it’s likely the Ref. 6239 will do spectacularly well. And since it’s one the man himself actually owned, it wouldn’t be surprising if the hammer price far exceeded its estimate of US$1,000,000. (UPDATE: The watch FAR exceeded the estimate price, eventually fetching US$17.8 million.)