Looking Back At The Rolex Oyster Perpetual Milgauss 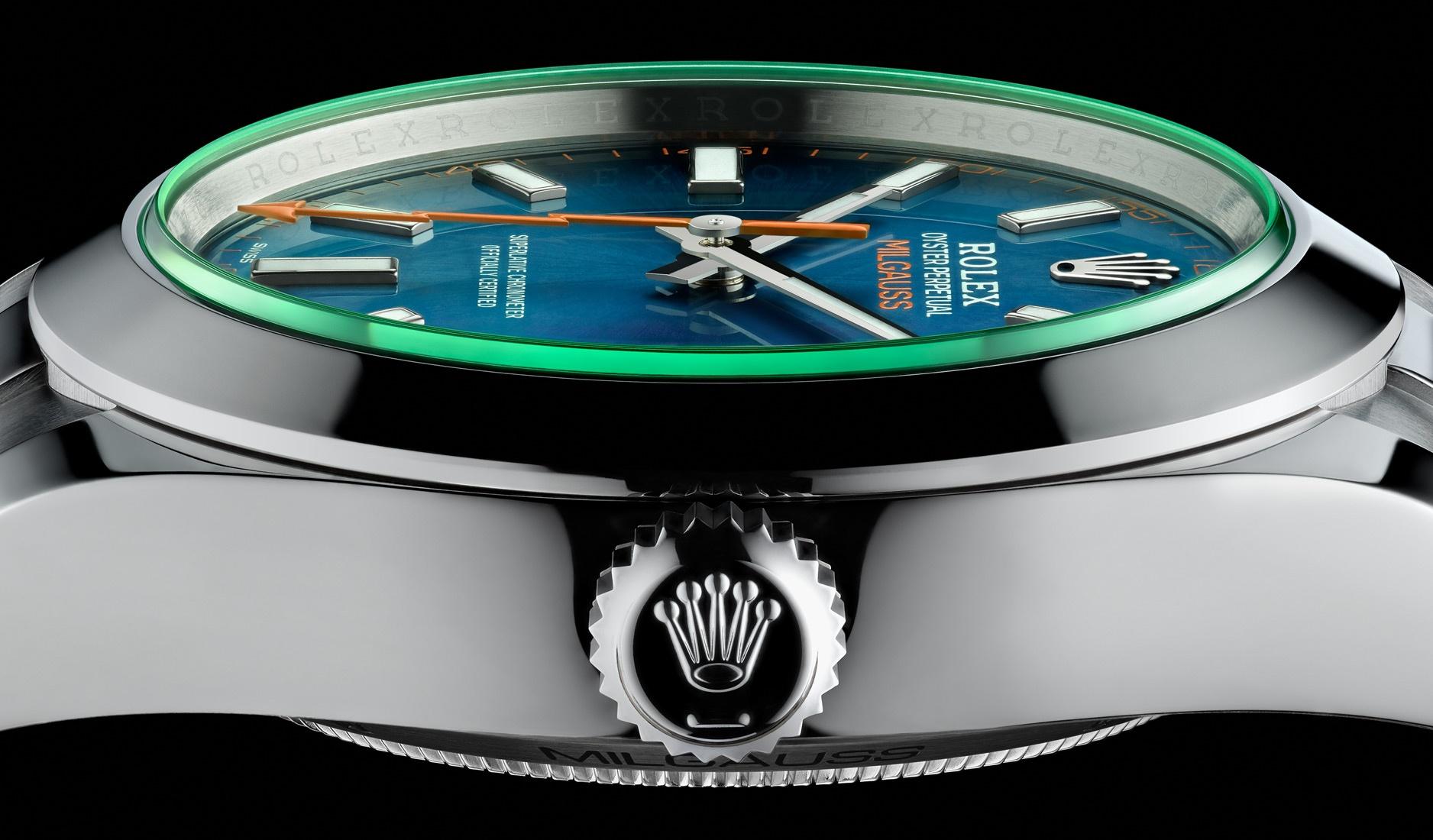 One of the key factors determining a company’s success is its ability to provide solutions that address its customer’s needs. And if it proffers wares that work as good as they look, prosperity is practically assured.

Case in point: Rolex with its line-up of oh-so-sexy yet robust tickers that meet the timekeeping needs of professionals – from the Submariner (deep-sea divers) and GMT-Master (airline pilots) to the Cosmograph Daytona (race car drivers) and Explorer (speleologists). The Milgauss also sits within this roll call of tool watches, but it has been overshadowed by its more illustrious brethren for too long and, we reckon, unjustly so.

IT WAS A PRODUCT OF THE THIRD INDUSTRIAL REVOLUTION
In the mid-20th century – when the world took a giant leap in innovation, technology and space travel - scientists, engineers and technicians found themselves exposed to electromagnetic fields which were detrimental to the precision of their mechanical watches. Generally, a magnetic field of 50 to 100 gauss is enough to wreak havoc on a watch’s balance spring and escape wheel. For context, a fridge magnet has a magnetic field of 200 gauss over a 5mm radius. 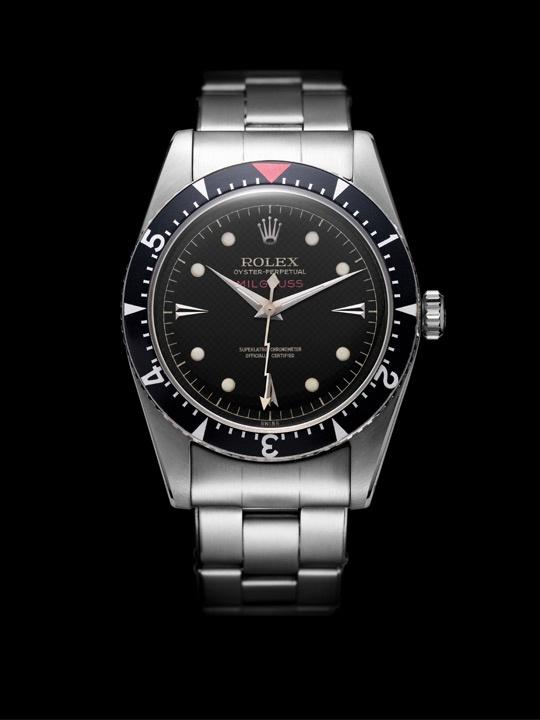 Officially launched as Ref. 6541 in 1956, the Milgauss was created to address this problem (although another watch, Ref. 6543, preceded this, some collectors regarded it as a prototype given its very limited run). Rolex’s solution was simple yet effective; the watch’s Calibre 1080 was shielded from magnetic interference by an inner case of ferromagnetic alloys. In addition, a metallic mesh on its black dial reportedly protected the movement further. Tested to withstand up to 1,000 gauss, Ref. 6541 was christened the Milgauss, 'mille' being the French word for 'thousand', and went on to become the watch of scientists at the European Organization for Nuclear Research (CERN) in Geneva. 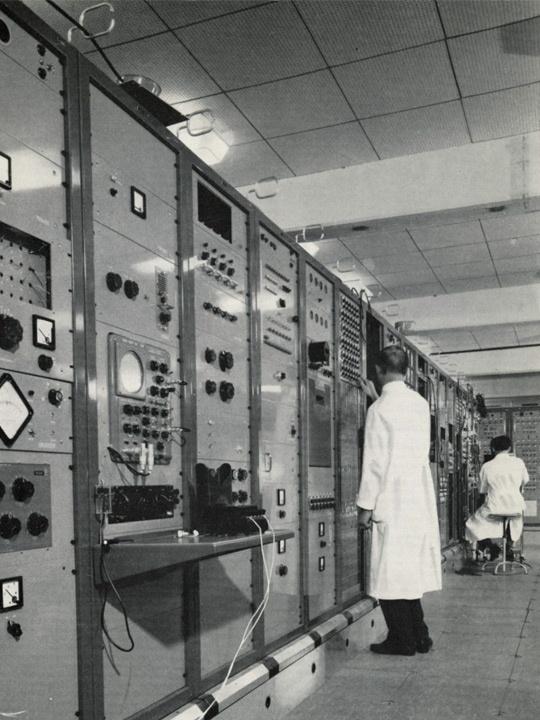 Scientists at the European Organization for Nuclear Research (CERN) in Geneva

IT HAD TO PUT UP A FIGHT
In truth, the Milgauss’ birth was riddled with challenges. Released in the same era as the Submariner, GMT-Master and Day-Date, its target audience – lab coat-wearing scientists – could not rival divers, jet-setters, and presidents in the glamour stakes. Moreover, Ref. 6541 bore an uncanny likeness to the Submariner, from its rotating bezel to its black dial, prompting unfavourable comparisons. Its saving grace, however, was its distinctive lightning bolt-shaped seconds hand, which would become its calling card. With the turn of the millennium, what was once square has become hip. The likes of Bill Gates and Steve Jobs were making fortunes in tech, scientists such as Stephen Hawking and Neil deGrasse Tyson gained celebrity status, and geek chic became an enduring trend in fashion.

THE INEVITABLE COMEBACK
The Milgauss seemed poised for a comeback and, finally, in 2007, its current generation was launched. The Milgauss re-emerged with surprising swagger as the Ref. 116400; its gleaming Oystersteel case bumped up to 40mm. While its predecessor seemed to rein in its idiosyncrasies for a more pared-down look, Ref. 116400 turned it up to 11 by bringing back the lightning bolt hand but in eye-catching orange. The vibrant hue can also be seen highlighting the watch’s name, minute markers and Chromalight lume hour indexes on a black or white dial.

Throwing another curveball, a third version with black dial was presented with a green sapphire crystal, the tinting process of which was so complicated that Rolex hadn’t bothered to patent it. Also sporting the same green-tinged crystal is the latest variant in 2014, this time with a zirconium-coated dial in a colour Rolex calls Z blue. This makes the Milgauss one of the more striking and colourful watches in Rolex’s current slate, and watch lovers are no longer looking at it as an also-ran in the brand’s stable. 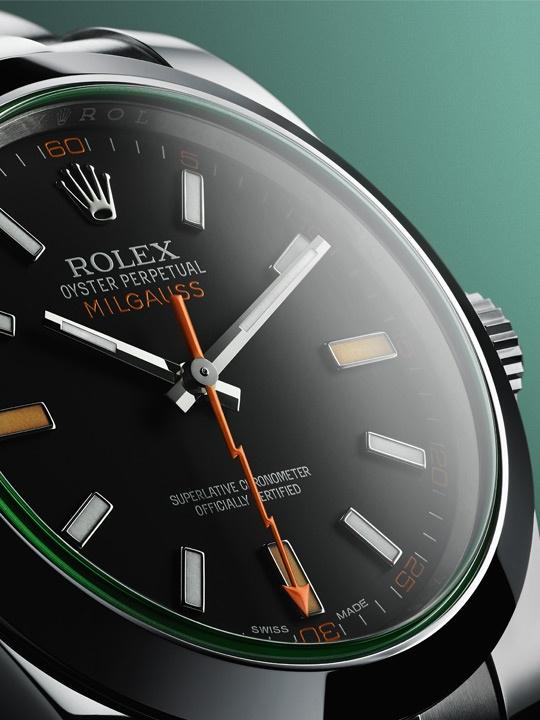 If the pre-owned market is any indication, interest in the Milgauss is hitting an all-time high especially for vintage models, with Ref. 1019 commanding five-figure price tags and Ref. 6543 - fetching CHF271,500 at a Christie’s auction in 2017. Those who are late to the game, however, will do well to snag the modern iterations, which are more attainable but no less desirable. Powered by the in-house chronometer-certified Calibre 3131, they retain the ferromagnetic inner case but one-ups their forbears with paramagnetic components – Parachrom hairspring and nickel-phosphorus escape wheel – imparting the Milgauss with more antimagnetic prowess than ever. 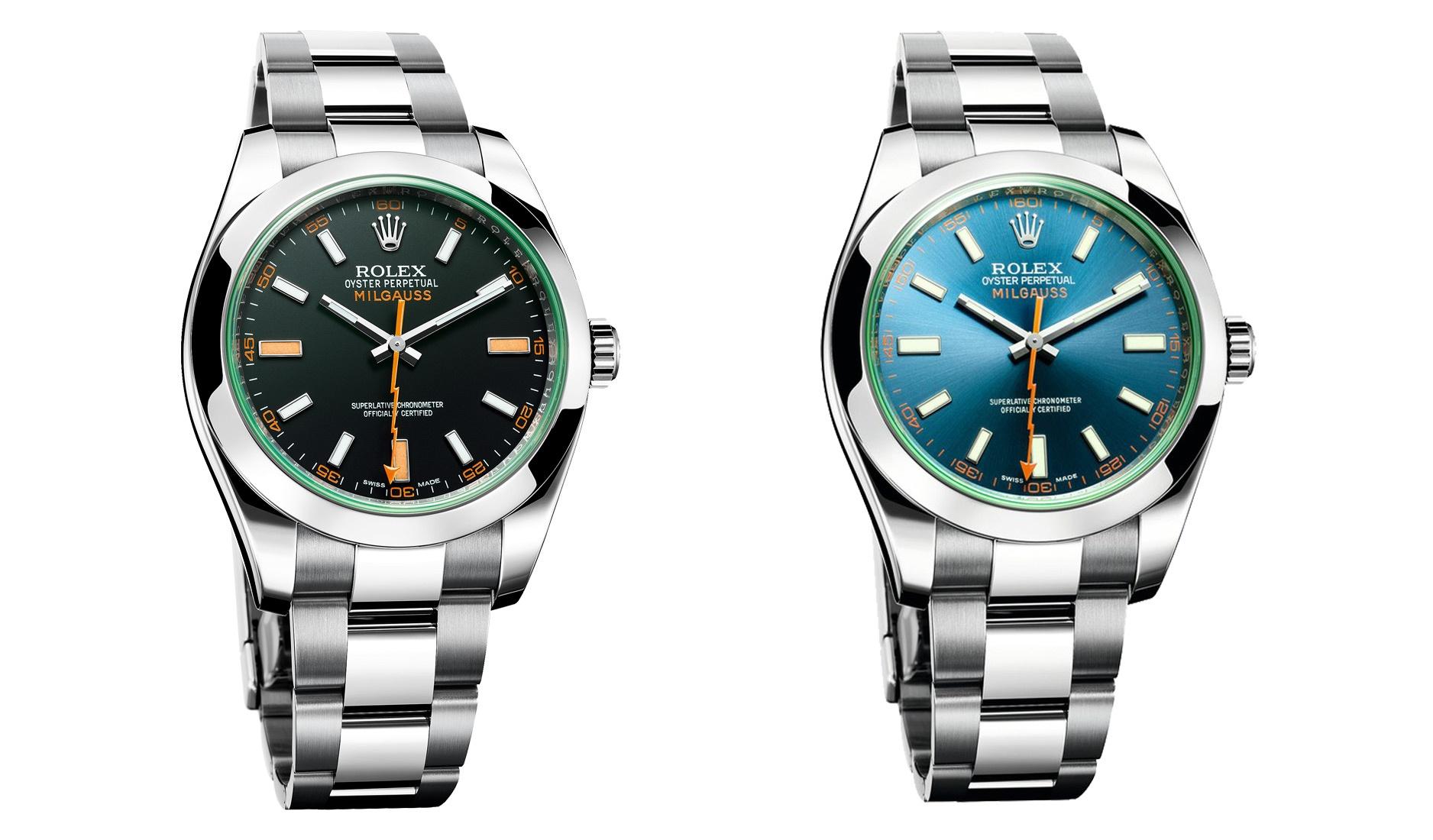 Although the 64-year history of the Milgauss is not without its hiccups, the watch has remained faithful to its utilitarian roots, untouched by precious metals and gems, unlike its higher-profile counterparts – a fact that its admirers appreciate.