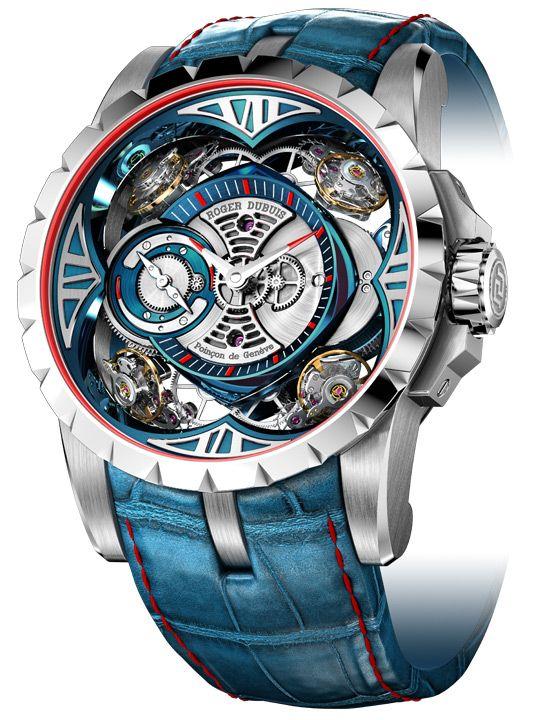 If you can, pry your eyes away for a moment from the mind-twisting mass of mechanisms whirling on the dial of the exceptional new Excalibur Cobalt MicroMelt. As impressive as the openworked movement looks – it’s the hand-wound Calibre RD101, by the way, but more on that later – the star of this timepiece is the 48mm case, made of a cobalt-chrome alloy called Cobalt MicroMelt that is proprietary to Roger Dubuis.

The alloy emanates a metallic sheen and is said to be very corrosion-resistant, thanks to a protective film that forms over the material after it is forged. And while we are on the topic of forging the alloy, here is where it gets crazy. The MicroMelt suffix refers to the process of making the alloy, which purportedly represents just 0.1 per cent of worldwide metallurgy.

It involves melting the alloy, atomising the molten metal using high-pressured gas to transform it into fine powder, blending the powder, and finally moulding the material into its final form via hot isostatic pressing. (Don’t worry, we had to Google it too. Hot isostatic pressing is a manufacturing technique using high-temperature pressurised gas to make a material less porous and denser.)

The result is quite simply one of the hardiest, most challenging to achieve alloys to be used in high-end watchmaking today – just that kind of bragging right to lure Roger Dubuis fans. 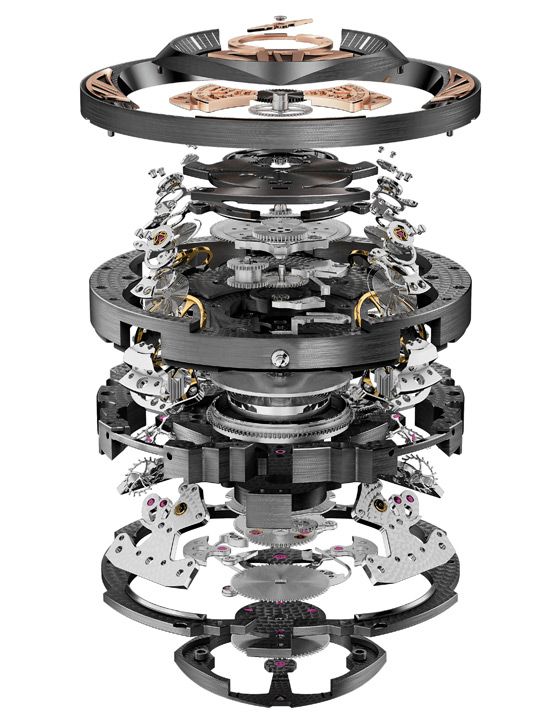 In fact, there is nothing like this movement. This machine comprises four sprung balances. Given that a conventional watch movement houses only one balance (the component of a watch that helps regulate its timekeeping, much like a clock’s pendulum), Roger Dubuis’ version not only presents huge challenges in its construction, but also demands a leap in its creators’ conceptual thinking.

Placed at four corners of the movement, the sprung balances help nullify timing errors regardless of the watch’s position, and oscillate at a much higher frequency of 16Hz for optimum precision. (Normal balances oscillate at 4Hz.) Think of it as a super-charged tourbillon, minus the need for a rotating carriage, which in this case has been substituted by the quartet of balances.

So there you go, Roger Dubuis’ first salvo for 2017. By the looks of it, technical watch buffs are in for quite a treat next year.