Has it been 60 years since the Piaget Altiplano was launched? Maybe it’s just us but the collection seems as relevant today as it was when it debuted decades ago, thanks to its evergreen appeal and clean, classic lines. Along the way, embellishments were added, dials skeletonised and jewels sprinkled, but the ultra-thin design endured.

A name that’s almost synonymous with super slim movements, Piaget’s first ultra-thin watch was launched in 1957. The manual-winding 9P measured just 2mm in thickness and was introduced to great acclaim for its elegance, performance and reliability. Just three years later, the founder’s grandson introduced the now-legendary Calibre 12P, an ultra-thin self-winding movement at the incredible thickness (or rather, thinness) of just 2.3mm, achieved with a 2.4K gold off-centred micro-rotor. 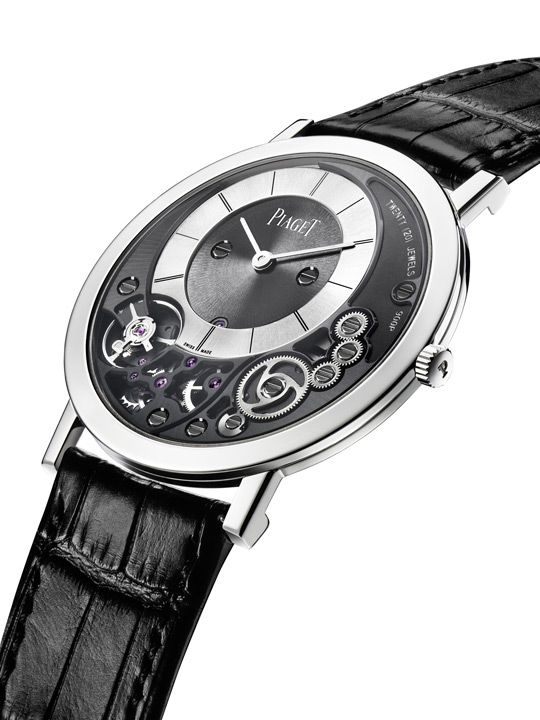 In 2013, Piaget introduced the world’s thinnest mechanical watch (above) to mark the brand’s 140th birthday. At a height of just 3.65mm, the Altiplano 900P doesn’t even have a regular caseback as the watch case serves as the movement’s baseplate, enabling a really, really thin profile. Read more about the Calibre 900P here.

Next year, Piaget celebrates the 60th anniversary of the collection by dedicating 2017 to the Altiplano. Several new models are slated to be released throughout the year and the first of the series is a pair of stunning blue timepieces—one hand-wound and the other, automatic.

Both models pay homage to the historical interpretations of the Altiplano series with the sunburst dial in vintage Piaget blue, signature understated blue cross on the dial, applied hour markers, slim baton hands and a Piaget logo from the archives. 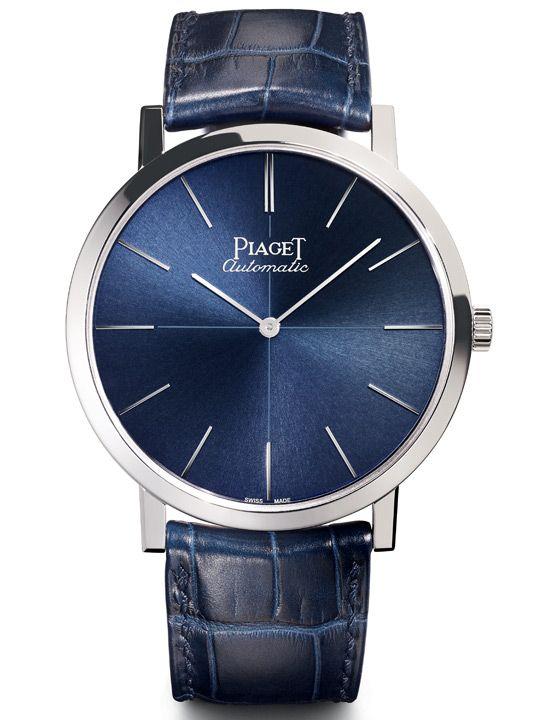 The larger 43mm version, Ref. 42105 (above), limited to 360 pieces, features the word ‘Automatic’ under the logo—a reference to the historical version which appeared on the brand’s first ultra-thin timepiece. The watch is powered by the Calibre 1200P, Piaget’s fourth generation ultra-thin 2.35mm self-winding movement unveiled in 2010 for the 50th anniversary of the Calibre 12P. A sapphire caseback reveals the beautiful finishing within—bevelled bridges with Côtes de Genève graining, stain-brushed steel parts and blued screws. 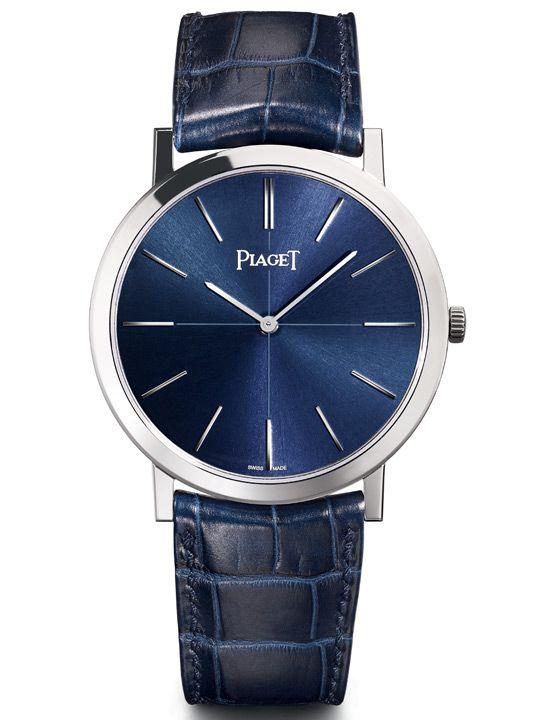 At 38mm, the smaller model, Ref. 42107 (above), beats with the 2.1mm Calibre 430Pm renowned for its beauty and reliability. The white gold caseback is engraved with the Piaget logo, coat of arms and 'Altiplano 60th Anniversary', along with serial number out of 460 limited edition pieces. And if you haven't yet noticed, this pair of Altiplanos makes the perfect couple watch. If you've got a significant anniversary coming up, think about sending some Gs this way.