It wasn’t too long ago when Perrelet caught our imagination with its ingenious double rotor design – one at the back and one in front, to double-up the movement’s winding efficiency while imbuing the dial with mechanically charged liveliness. 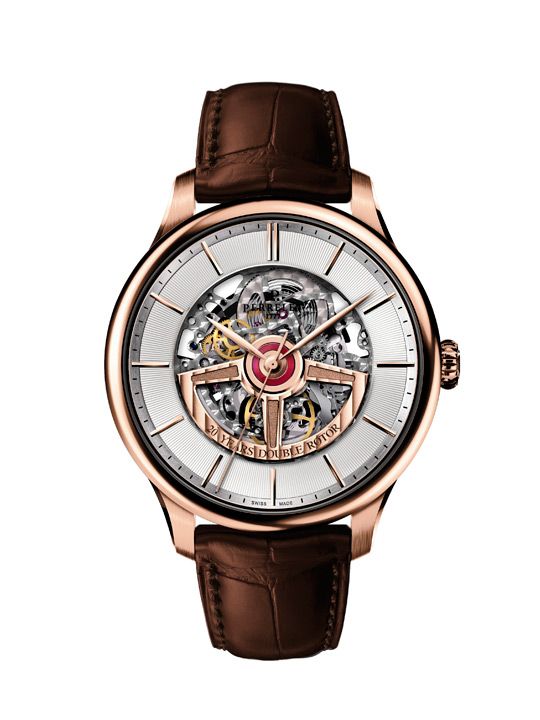 This commemorative 20th anniversary edition rocks with a partially open worked dial, the dial-side rotor inscribed with its anniversary homage, framed by a classic rose gold case.  This version, which features an in-house automatic movement, is capped at 77 pieces, while another in steel case is limited to 250 pieces.