The legendary Patek Philippe Ref. 2499, a vintage perpetual calendar chronograph christened ‘The Asprey’, expectedly took the top spot at a Sotheby’s Geneva watch auction on 13 November. Sold for 3,915,000 Swiss francs, ‘The Asprey’ also became the world’s most expensive wristwatch sold in 2018, according to Sotheby’s. 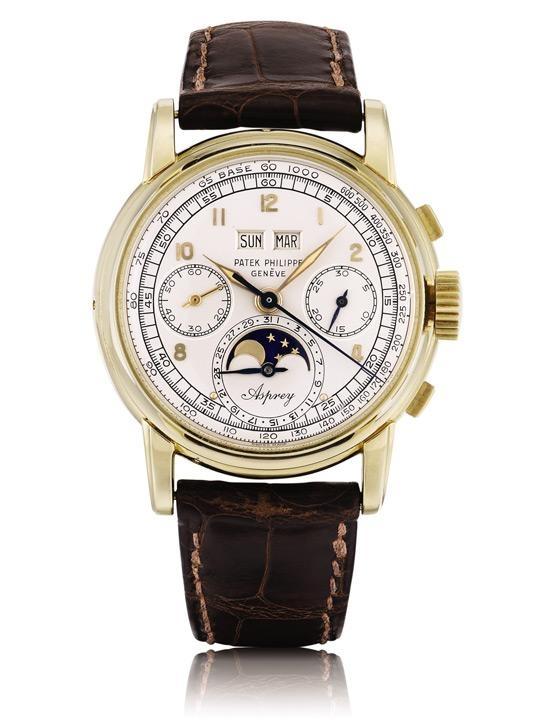 ‘The Asprey’, nicknamed as such after being sold at the famed London jewellery retailer of the same name, was hotly contested by four bidders. Made in 1952, the first-series Ref. 2499 watch is highly coveted by collectors for its pristine condition, and being the only known Patek Philippe watch to bear the retailer’s name on the dial.

The watch was in good company, auctioned alongside other vintage watches such as the Rolex Ref. 6239 with ‘Pulsometer’ dial; and a Patek Philippe Ref. 3488 perpetual calendar in white gold from 1977, of which there are only 50 known existing pieces. The Ref. 2499’s record-breaking sale capped a good day at the office for Sotheby’s Geneva, which achieved a final total sale of almost 12 million Swiss francs, the second highest total sale for the company in a decade.

{module Get the latest Patek Philippe reviews and comparisons straight to your inbox!}