Will they or won’t they? At the BaselWorld watch fair in March, Patek Philippe left watch lovers scratching their heads, as the company got all coy and tight-lipped about plans to commemorate the Nautilus’ 40th anniversary.

Given the long radio silence, sluggish retail sentiment and all that jazz, we, too, thought that it just might not happen.

What small faith we have. Of course, Patek Philippe had to BRING IT. After all, the Nautilus is but one of the most groundbreaking and iconic luxury sports watches ever. And they did, with not one, but two limited edition models that will long a long way to ease those sleepless nights for Nautilus fans.

Before we dig in, though, here is a VIDEO to get you up to speed.

https://www.youtube.com/watch?v=SsYHEoxINOI
And now, here are four essential things to know about the new Patek Philippe 40th anniversary limited editions to loop you right into the conversation.

THE NEW MODELS PUT THE ‘LUXURY’ IN LUXURY SPORTS WATCHES.
Forget the steel craze that has gripped the watch trade this year. Patek Philippe is flipping the bird at the prevailing trend (don’t they always do?) by dressing the two limited edition models in precious metals. The first offering, the Nautilus Ref. 5711/1P, a self-winding model with date and sweep seconds, is clad in platinum (below). 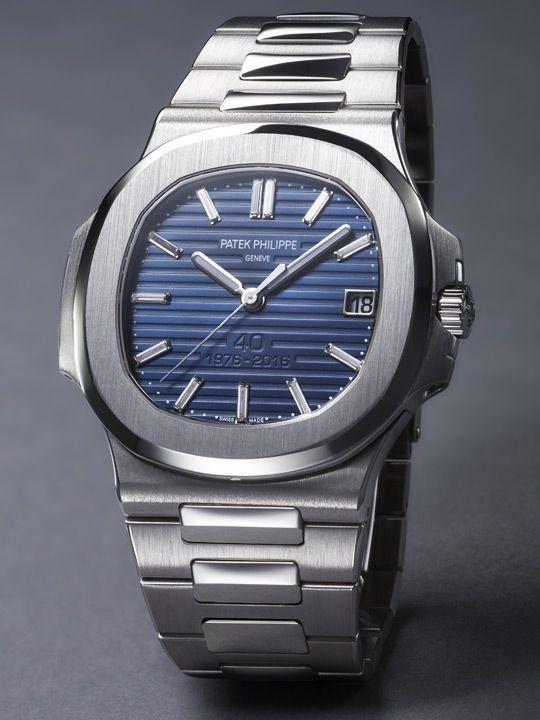 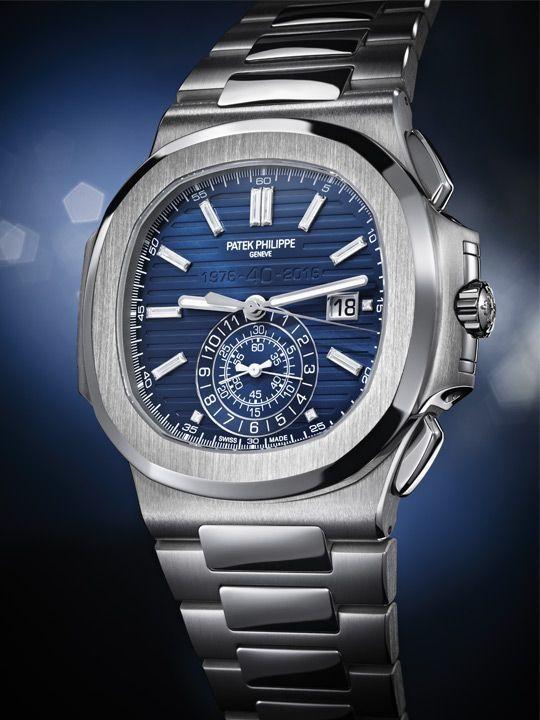 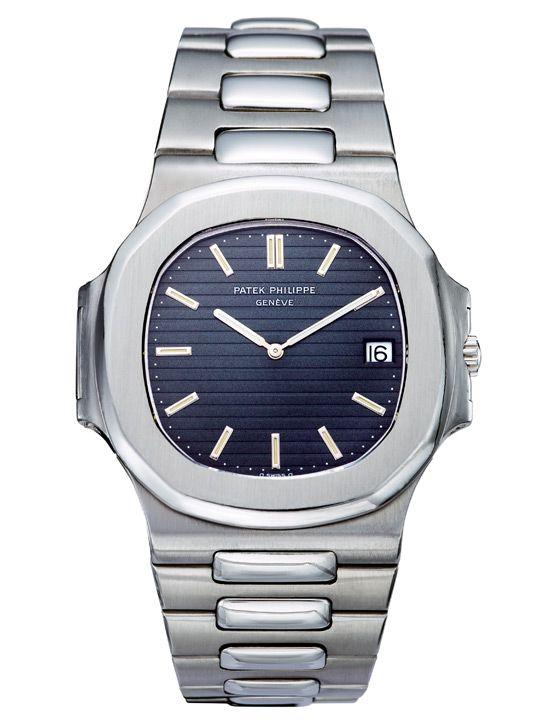 The 40th anniversary version takes things slightly further, with a case measuring 44mm across. The new model is powered by the automatic Calibre 324 SC, one of Patek’s most lauded movements. It features the proprietary Spiromax balance spring and Gryromax balance, heavy 21K gold rotor, exceptional finishing on all movement parts, and is precise to 13 to +2 seconds per day.

The Nautilus Ref. 5976/1G flyback chronograph, limited to 1,300 pieces, has a more recent back story. It is a descendant of the first Nautilus chronograph that was introduced in 2006 to commemorate the collection’s 30th anniversary (below). This 40th anniversary version is driven by the in-house automatic CH 28-520 C movement, distinguished by its integrated chronograph totalisers at ‘6’. 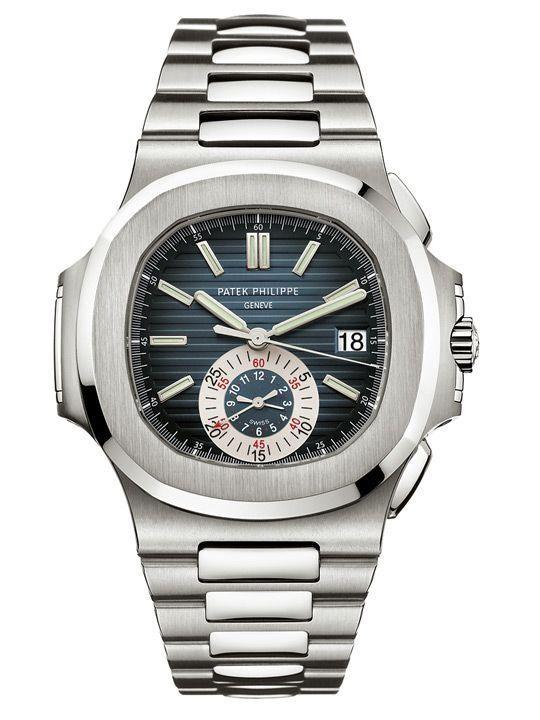 THE DIALS ARE UP FOR DEBATE, THOUGH. 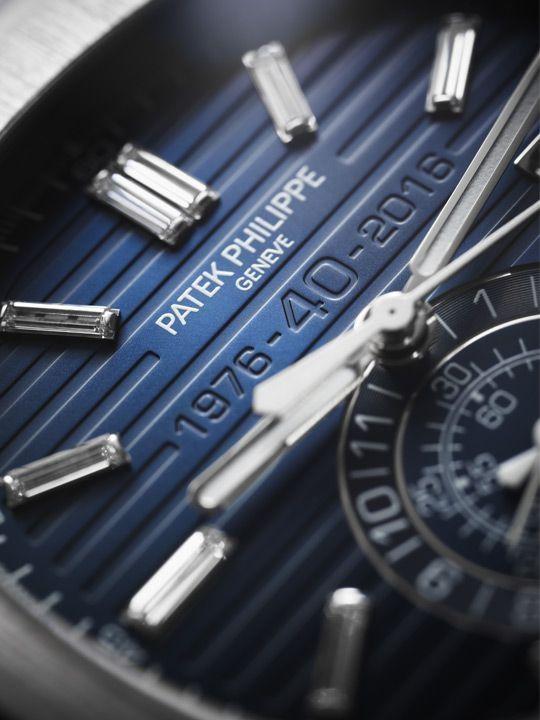 Ok first, a disclaimer: personal opinions ahead. Here’s what we love: the new gradient light-to-dark navy hues that accentuate the signature Nautilus horizontal embossing on the dial, which also add beautiful contrast to the platinum or white gold sheen. What’s debatable, though, is the inscription detailing the anniversary years. While important, we felt that the execution could have been a tad more discreet. But hey, you know what some people say – go large or go home.

THE BOXES ARE JUST AS AWESOME.

Don’t judge us. Outer beauty counts, ok? Both limited editions really knocked it out of the park in this department – presented in gorgeous brown natural cork boxes with polished stainless steel frames, which recall the one that the original Nautilus watch came in. The nostalgic nod extends to the plague on the front, inscribed with the collection’s name in cursive script and the Patek Philippe logo, like how it was with the original.