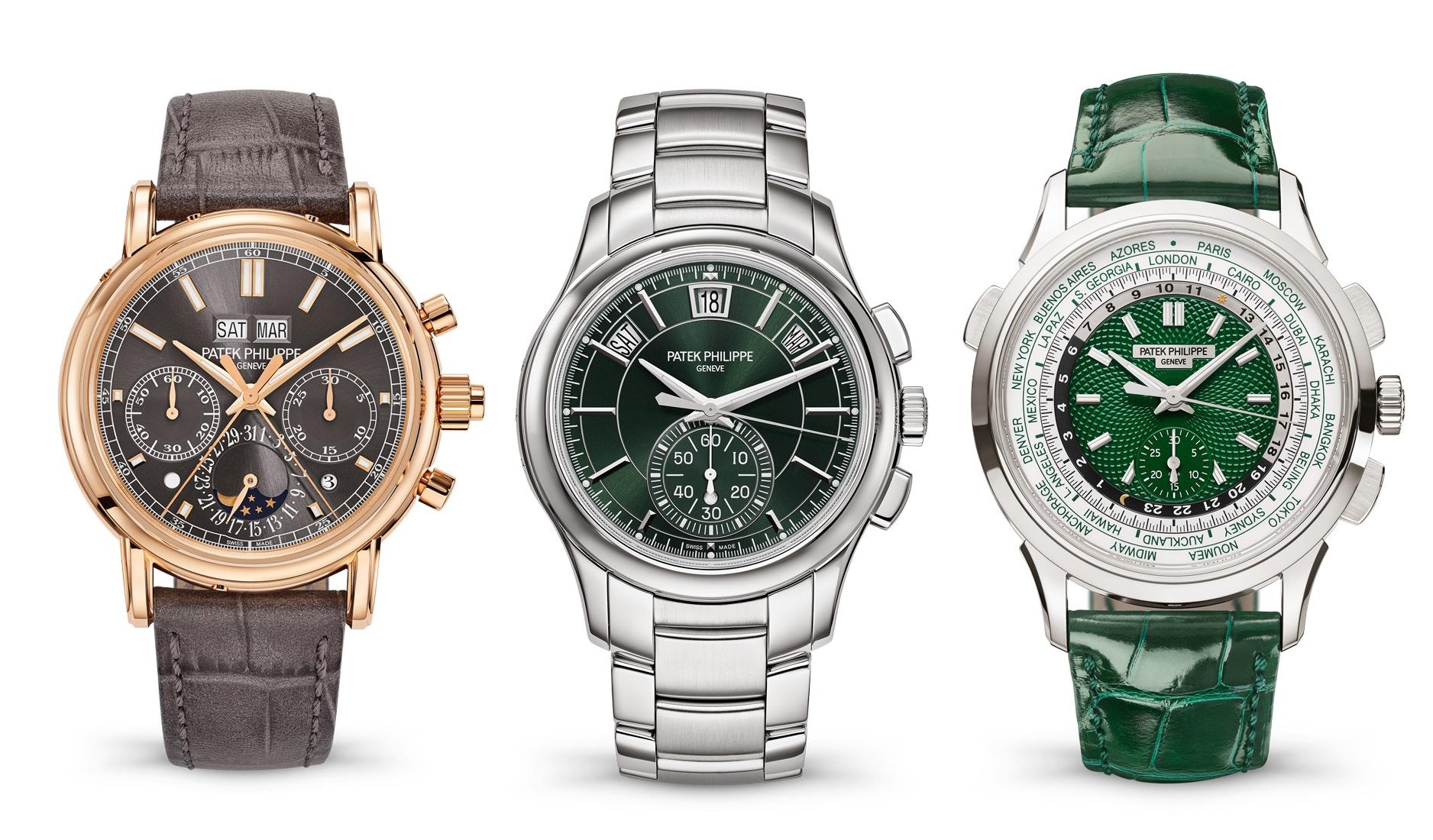 While it is true that the chronograph complication has been an integral part of Patek Philippe and, indeed, features in its most legendary and sought-after models both past and present, it is also rather surprising that the brand didn’t embark on making its own in-house chronograph movements until 2005.

Previously, Patek had used modified Lemania base calibres for its chronographs – a wholly intriguing subject worthy of a separate post – and it was only in 2005 when it debuted the Calibre 27-525, its first proprietary chronograph movement that was also at that time the world's thinnest split-seconds chronograph movement. Then, in quick succession, it introduced two more in-house chronograph movements. The automatic Calibre CH 28-520 from 2006, with flyback function and vertical clutch system; and the hand-wound Calibre CH 29-535 PS from 2009, featuring a traditional toothed-wheel horizontal clutch system with six patented innovations. Together, the trio now accounts for over 20 chronograph models in Patek’s modern line-up, amongst which are three new creations that we imagine will quickly result in pretty extensive waiting lists. 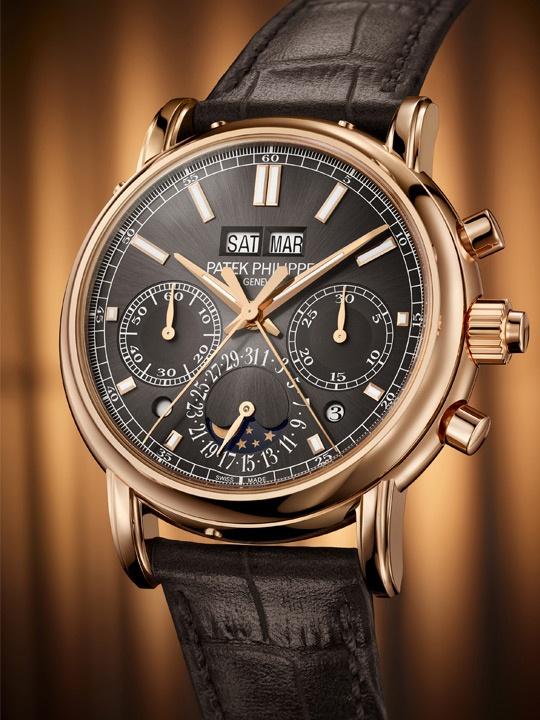 If you know your Patek Philippe grand complications, you’d know that the Ref. 5204 line-up is an absolute grail pursuit. The famed dial interface with exacting symmetry showing both the chronograph and perpetual calendar displays, the watch’s stately classicism and, of course, its Calibre CHR 29-535 movement brandishing its magnificent dual column-wheel architecture and seven patents the actuation of the chronograph, all come together again to reiterate why this reference ranks amongst Patek’s all-time greats. This Ref. 5204R-011 in rose gold case and slate grey dial is actually the third rose gold model in the collection, the previous ones being the Ref. 5204R-001 with silvered opaline dial and the Ref. 5204/1R with opaline ebony black dial and rose gold ‘Goutte’ bracelet. 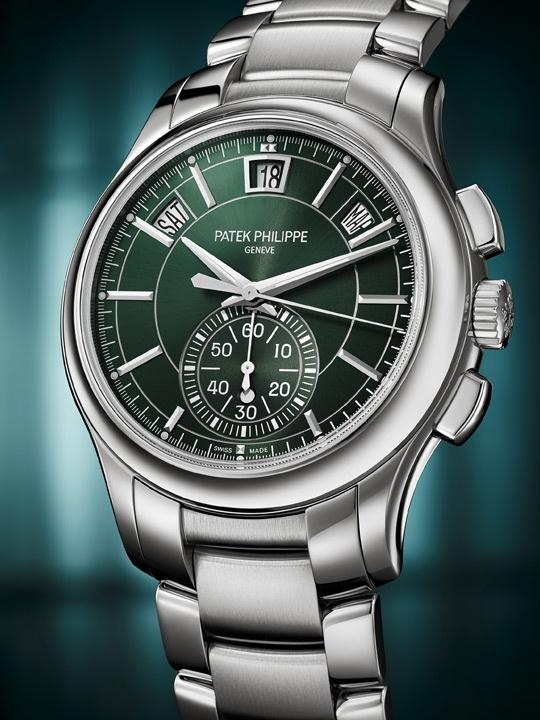 You can say that the Ref. 5905/1A-001 has done a Nautilus. For context, Patek announced last year that it was discontinuing the steel Nautilus Ref. 5711. And early this year (the final year of production for the Ref. 5711), the brand bid goodbye with Ref. 5711/1A, a version with sunburst olive dial that cranked the frenzy and appetite for the already-scarce collection into overdrive. So, enter the Ref. 5905/1A-001, a gorgeous and regal automatic annual calendar flyback chronograph that was introduced in 2015, and only previously available in platinum and rose gold. Now, similarly clad in steel (a Patek rarity) with dial in the same shade of olive, the Ref. 5905/1A-001 will be turning the heads of the same collectors who have been bawling their eyes out over the demise of the Nautilus Ref. 5711. 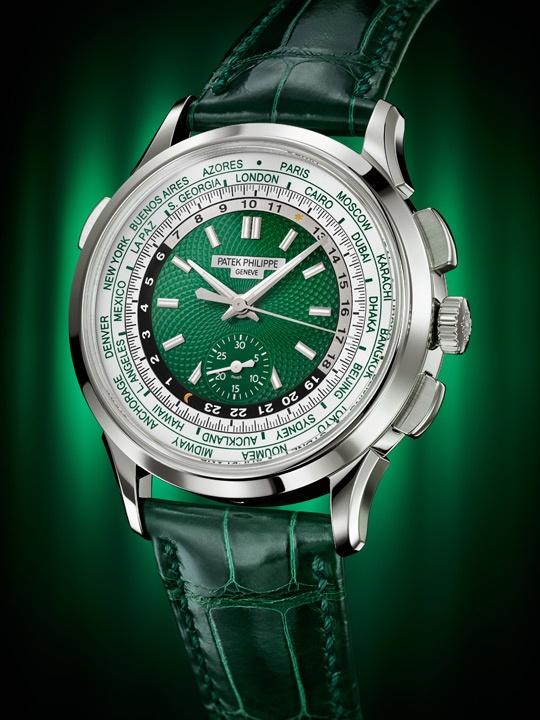 Ok, so green watches are all the rage. But there are green watches, and there is this spanking emerald beast of a timepiece. The Ref. 5930P-001’s exquisite green dial instantly announces its class and stature, a brilliant and artisanal piece of work etched with circular hand-guilloché. And then there’s its lineage and technical prowess. The watch is inspired by one of Patek’s most significant creations, the Reference 5930 that first combined a self-winding flyback chronograph with world time display. The watch’s platinum case sets off the fascinating dial and its functions – the world time displayed via a 24-city disc, accompanied by sharp dauphine hands and discreet chronograph features by way of a 30-minute totaliser at six o’clock and a central chronograph hand. Despite being loaded with mechanical intelligence, courtesy of the automatic Calibre CH 28-250 HU with 343 parts, the watch is sized at an elegant 39.5mm in diameter. This model joins the white gold version with blue dial that debuted in 2016.