This special feature is brought to you by Patek Philippe. 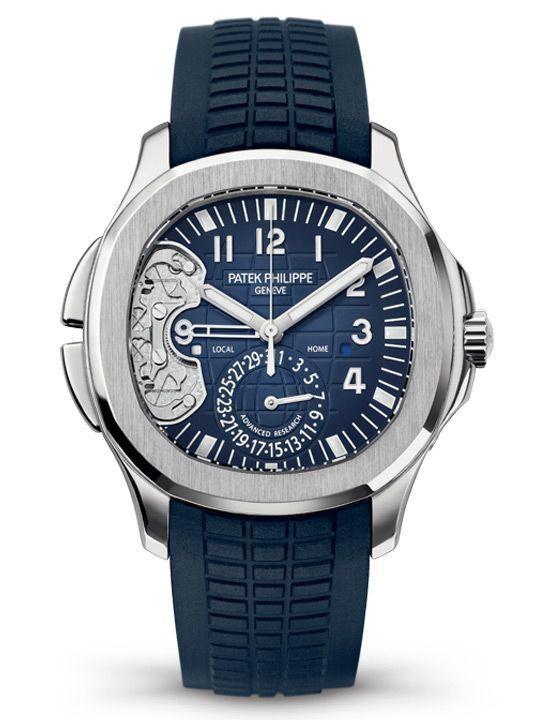 IT IS THE SIGN OF THINGS TO COME
The Patek Philippe Aquanaut Travel Time Ref. 5650 Advanced Research is the fifth watch to emerge from the ‘Advanced Research’ programme. Conceived in the early 2000s, the idea is for Patek Philippe to have a ground-zero watch line to introduce new concepts, technologies, materials, and manufacturing ideas.

Central to the development of the collection was the use of silicon as replacement material, especially in escapement parts. This led to the discovery of Silinvar, a proprietary silicon-based material that is antimagnetic, highly robust, doesn’t require lubrication, and can be produced with extreme precision. Innovations in Silinvar’s manufacturing technique have led to the construction of vital parts, including the escape wheel and balance spring, made in the said material (below).

“Each innovation needs to guarantee precision and reliability. As such, there is no way to rush the process,” says brand president, Thierry Stern. Likewise, it takes as long as it needs for the innovations that first premiered in an Advanced Research watch to be featured in serialised production watches. This can take between two and three years, or more, depending on how quickly Patek Philippe is able to industrialise the production of the innovations.

THE FIRST INNOVATION DEALS WITH PRECISION
How precise? The Ref. 5650 clocks in at a -1/+2 deviation rate daily. According to Stern, that is almost as precise as a Patek Philippe tourbillon. To put things in context, the average daily deviation rate for a COSC-certified timepiece, widely regarded as industry standard, is -4/+6 seconds.

How did Patek Philippe do it? It is all in the Spiromax balance spring, which is made of Silinvar, a silicon-based synthetic material that can be shaped using a special process called Deep Reactive Ion Etching (DRIE).

The Spiromax balance spring was introduced in 2006 with daily rate deviation of -3/+2 seconds. Because of the possibilities offered by DRIE, engineers were able to alter the shape of the balance spring, such that it pairs an outer boss, known as the Patek Philippe terminal curve, with an inner boss. (See diagram above.) Together, they compensate for rate errors caused by gravitational forces in different positions, which results in the new precision rating.

THE SECOND INNOVATION CHANGES HOW MOVEMENT PARTS ARE MADE
Know these two words: ‘compliant mechanisms’ – it may well signal the future of movement making. As the name suggests, these mechanisms will yield to a watchmaker’s fancies, in this instance by virtue of their elasticity.

How does it work? Take for instance, a dual-time zone mechanism, which comprises a complex system gears and levers, that involves a range of motions such as the clicking of wheels, and engaging and disengaging of parts. A compliant mechanism is able to minimise number of parts in the same mechanism, while allowing the same range of movements with the aid of very thin leaf springs that are also highly flexible.

Most astoundingly, the compliant mechanism isn’t made of some space-age alloy. Instead, as demonstrated by the Ref. 5650, it is manufactured using conventional steel, with newfound elasticity harnessed from highly precise calculations and state-of-the-art computer simulations.

OF COURSE, IT HAS TO BE AN AQUANAUT
Given that the Aquanaut is celebrating its 20th anniversary this year, it is fitting that the collection is bestowed an Advanced Research model. Primed to be a collector’s favourite, the Patek Philippe Aquanaut Travel Time Ref. 5650 Advanced Research, which is housed in an 18k white gold case, is limited to 500 pieces.

The two aforementioned innovations are featured in the automatic Calibre 324 SC FUS, of which the compliant mechanism is visible on the open dial. Interestingly, the Ref. 5650 is Patek Philippe’s first open-faced timepiece. 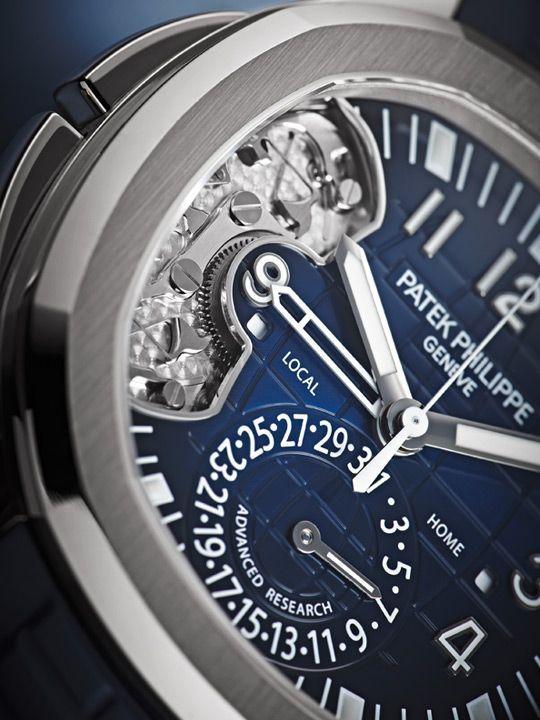 The brand previously eschewed open-worked dials due to concerns that exposure to UV rays might affect the lubrication and consequently, performance of exposed parts. However, Patek Philippe’s new compliant mechanism, which requires less components and lubrication – and hence, less susceptible to damage caused UV rays – has been accorded its due presence on the dial, chalking up an aesthetic first for the watchmaking titan.