The return of a familiar Patek Philippe favourite. When Patek Philippe debuted its first collection for women in 1999, the manchette-style Twenty~4 was immediately lauded as a stylish classic. With sleek lines, a minimalist dial and perfect symmetry right down to the row of diamonds on either side of the bezel, the quartz watch was pitched as the elegant accompaniment for a woman at any time of the day—all 24 hours (hence the name).

Two years ago, the collection received a well-timed (pardon the pun) update, which (in the notoriously slow-moving watch industry) was rather radical indeed. The Twenty~4’s quartz movement was replaced with the in-house self-winding Calibre 324 S C, a three-hand movement with a date complication and 45 hours of power reserve. But most obviously, the manchette was gone and, in its place, a round case with a bracelet reminiscent of the original’s. More about the Twenty~4 Automatic here. 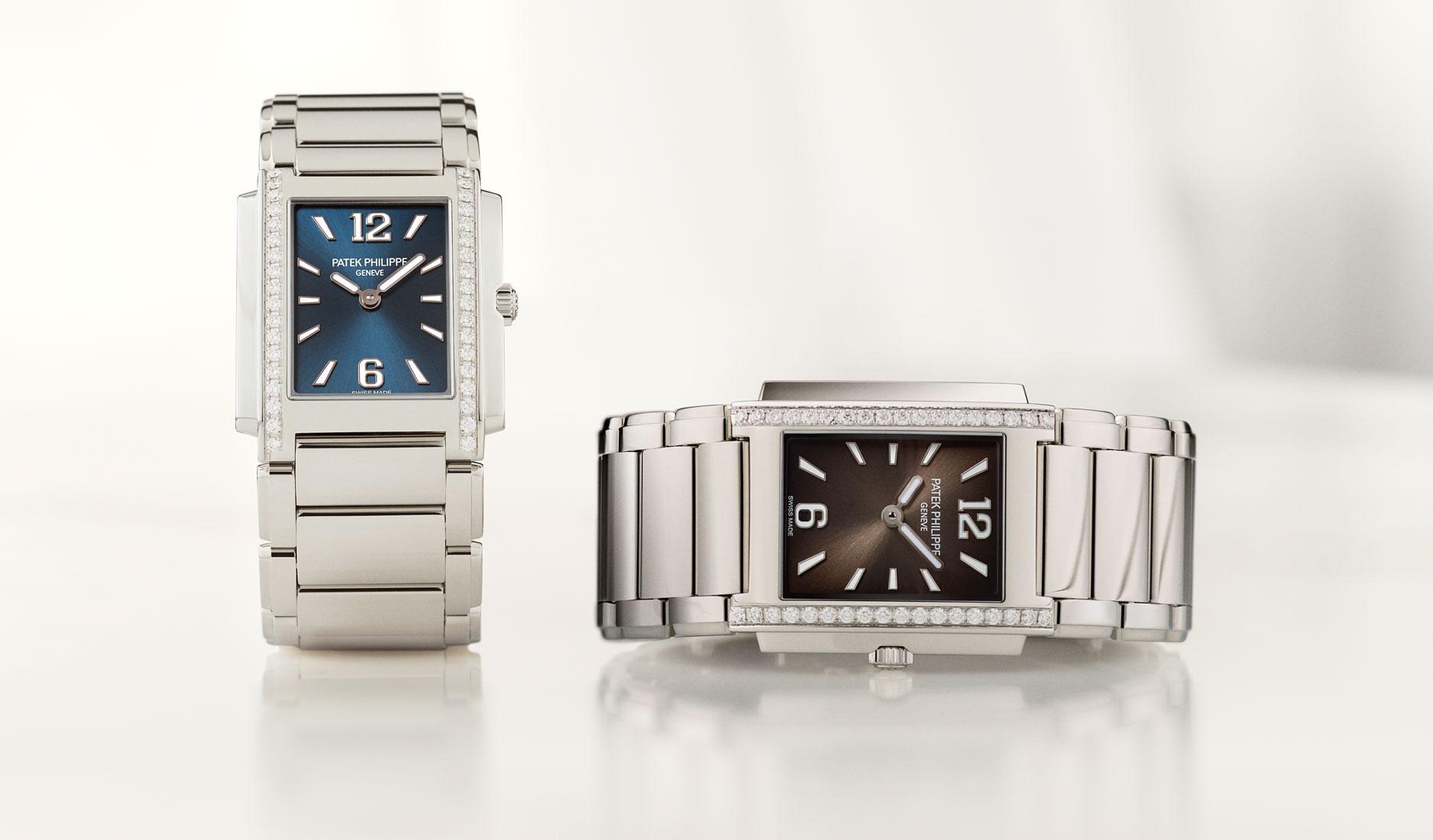 Addressing the call for more women’s watches to come with mechanical engines, the Twenty~4 Automatic was most certainly a step in the right direction. And at 36mm, it was just the right size too. So it was a little surprising for us that the new Twenty~4 collection for this year wasn’t a line extension for the automatic version, but the original quartz model. 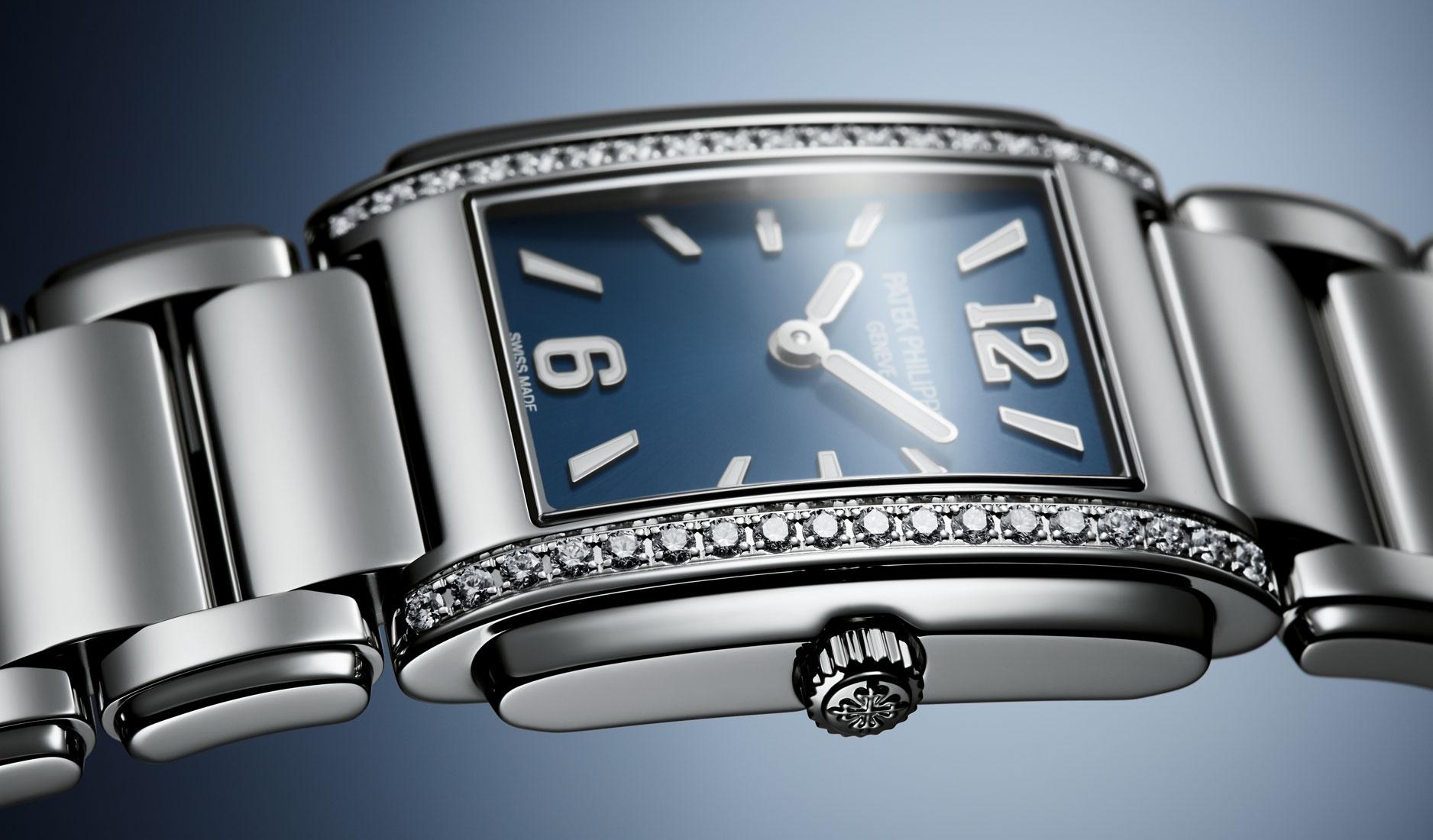 The new Twenty~4 4910/1200A comes in two dial variations—sunray blue or grey—and features subtle tweaks, in the form of a new crown with the Calatrava cross, as well as applied gold Arabic numerals and trapeze-shaped markers, in place of the Roman numerals and diamond markers of the previous versions. It is worth noting the ‘12’ and ‘6’ indices are in the same font type as the Twenty~4 Automatic version. 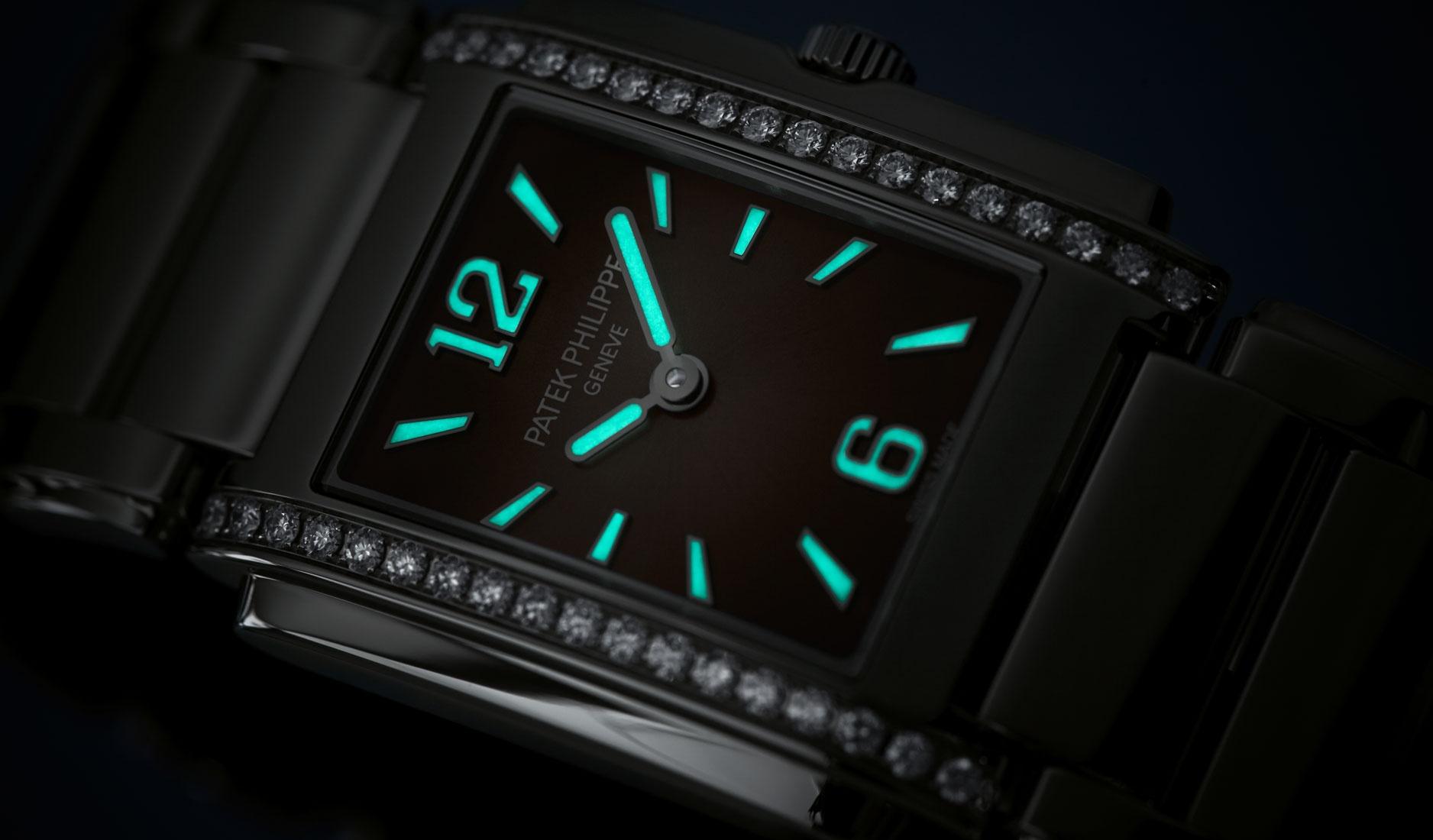 The three-link cambered steel bracelet remains, along with the collection’s signature lines of diamonds on either side of the case (the new versions feature a total of 36 Top Wesselton brilliant-cut diamonds). The hands and indices are all lumed-up too, so you get great visibility at night. 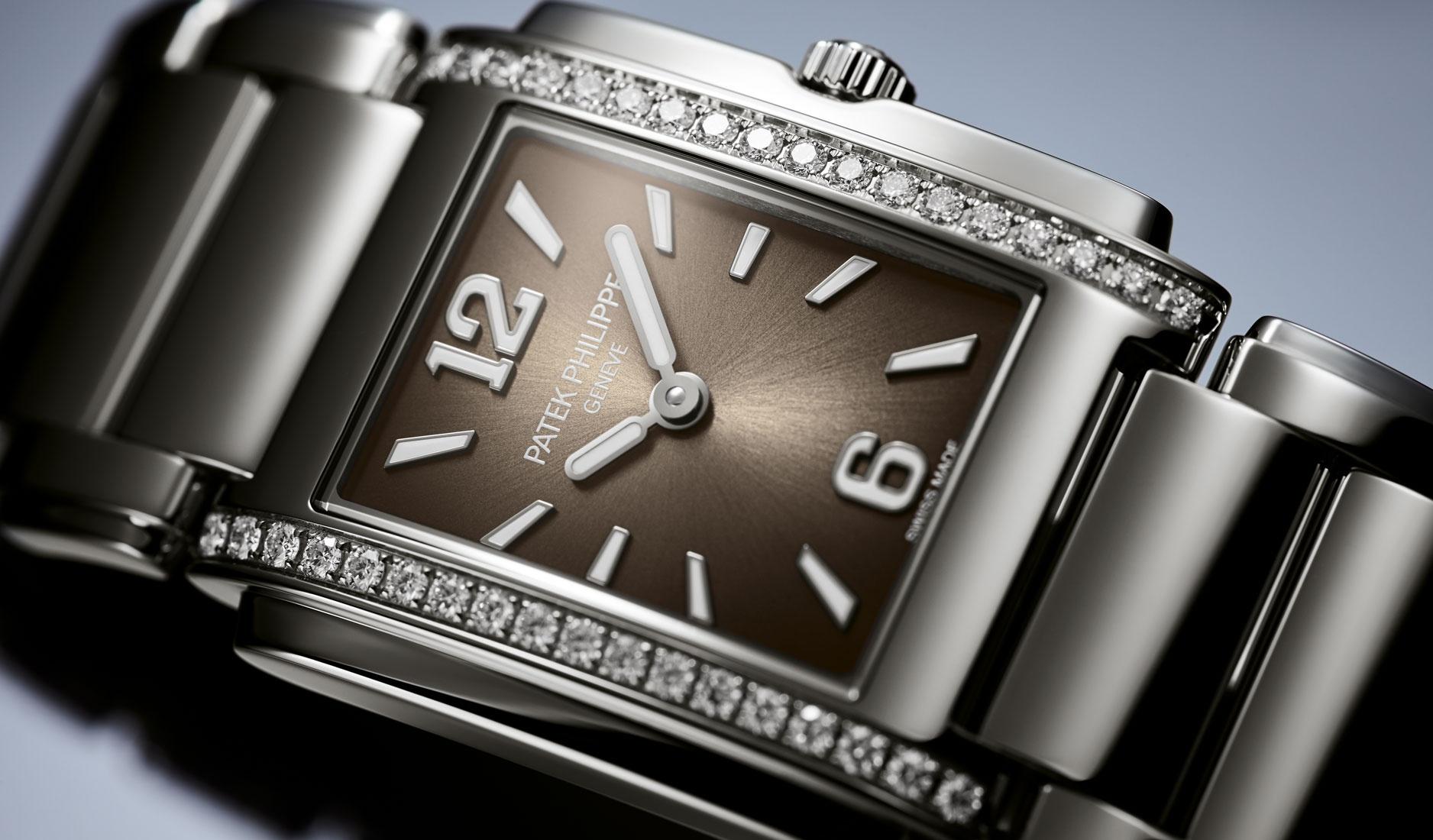 Perhaps the return to the manchette model is testament to how beloved it is. After all, cuff watches have always been a much-fancied option for ladies. That Patek Philippe should continue to offer this variation is actually quite a no-brainer. Given the global economic circumstances, it is probably also apt to bring back gateway models into the fold (at $19,400 each, they are certainly less pricey than the rest of the brand’s collections) while, at the same time, court new clients for the brand.

Of course, there’s also Patek Philippe’s assurance of quality and craftsmanship, which, whatever the price category, remains the same. And that’s really what the essence of luxury watchmaking is all about, isn’t it?