The first Submersible with a steel bracelet. 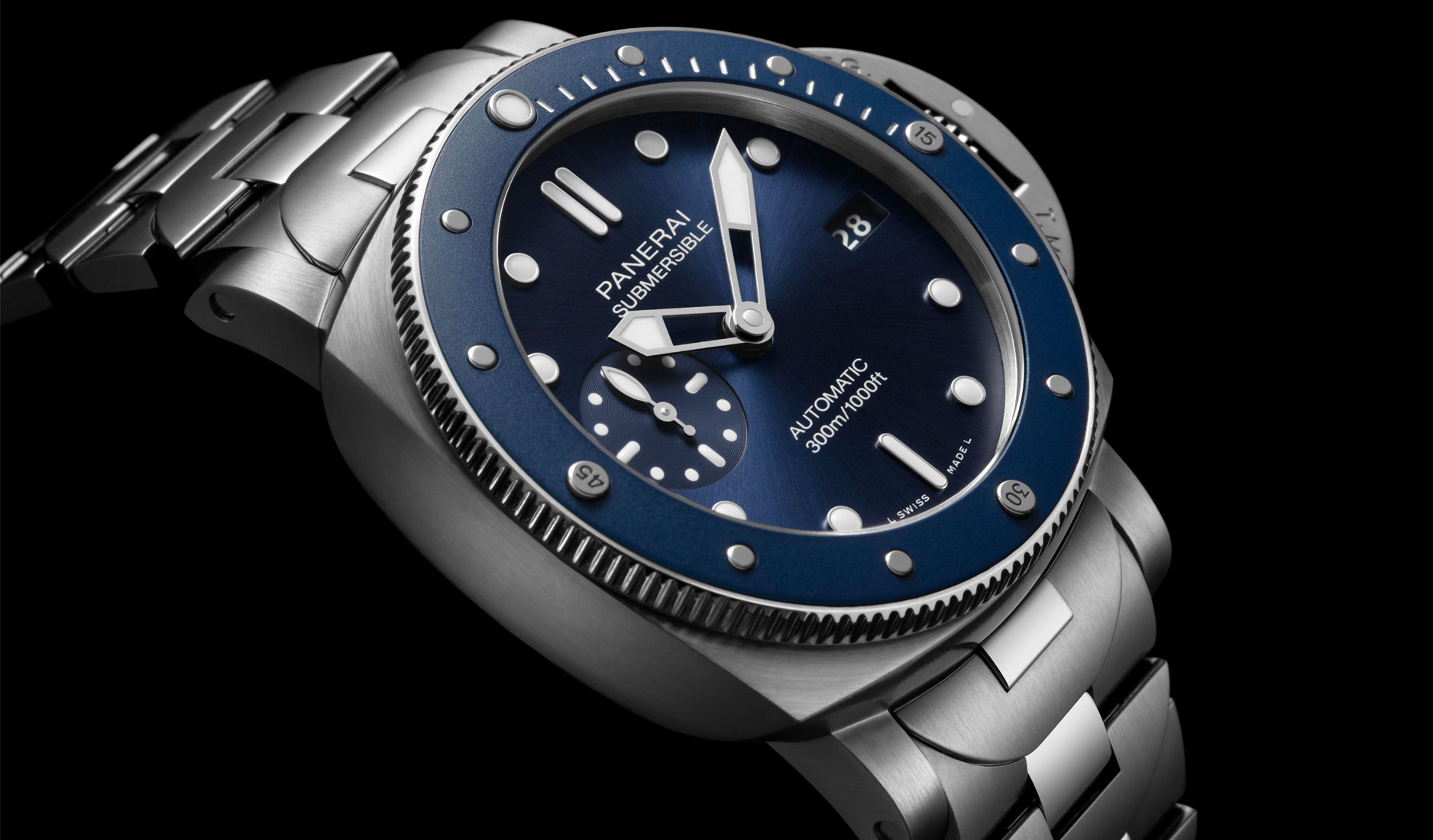 You’re probably more familiar with hulking Panerai watches paired with rugged leather straps on the wrists of moneyed bankers or, perhaps, a Carbotech version with rubber strap on weekend warriors. But, as the Piccolo Due Goldtech Madreperla shows, Panerai is always up for a nice surprise.

Of course, Paneristis will tell you this is not the first time the brand has introduced steel bracelets on their timepieces. The first one debuted way back in 1999, and featured both stainless steel and titanium options. A distinguishing design element was the half-moon shape of the crown guard (below) on the links, done away with in the 2008 redesign (which featured more traditional, albeit double-curved, links) and then resurrected in 2017. And it’s this same design that’s seen in the new Submersible. 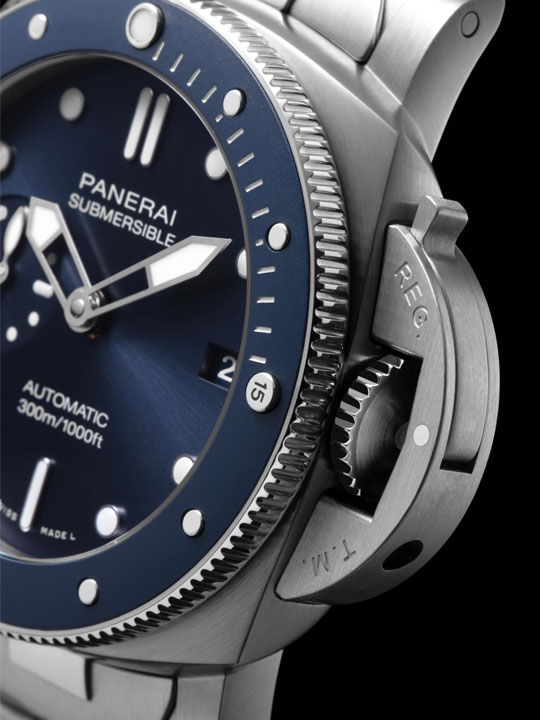 Combining both polished and brushed finishes, the bracelet on the Submersible Blu Notte is fitted with the patented Panerai interchangeable strap system. While easily switched straps and bracelets are par for the course these days, the difference comes in how this is done. The Submersible Blu Notte is packaged with a tool that allows you to push a button behind the lugs (below) to release the bracelet quickly and effortlessly. 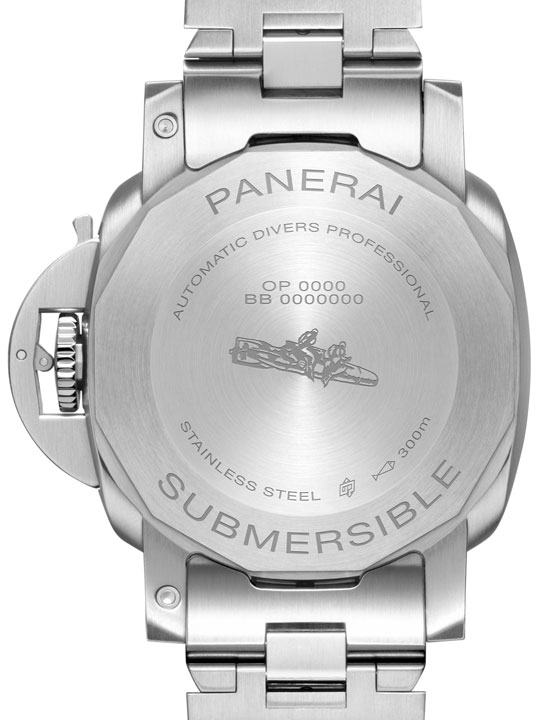 One of the most important features of a dive watch like the Submersible is surely a legible dial. In this regard, Panerai has ensured the blue sun-brushed dial is properly enhanced with white Super-LumiNova on the hands and indices.

While we haven’t yet seen the watch in the flesh, press images depict an intensely captivating blue hue on the dial. The watch’s name, ‘Blue Notte’, is Italian for ‘night blue’ and evokes a spectacular night scene punctuated by the Super-LumiNova dot markers, which could pass off as stars in the night sky. Surprisingly poetic for what, on the surface, seems like a rugged, sporty tool watch.

But back to the technical muscle of the timepiece. It’s equipped with the self-winding Calibre P.900, a slender movement (one of the thinnest in Panerai) introduced in 2019 with the Luminor Due—a collection of slimmer Luminor models in smaller sizes. Like any good dive watch, the Submersible Blu Notte is also water-resistant to 300m so you can safely take it on your recreational dives. 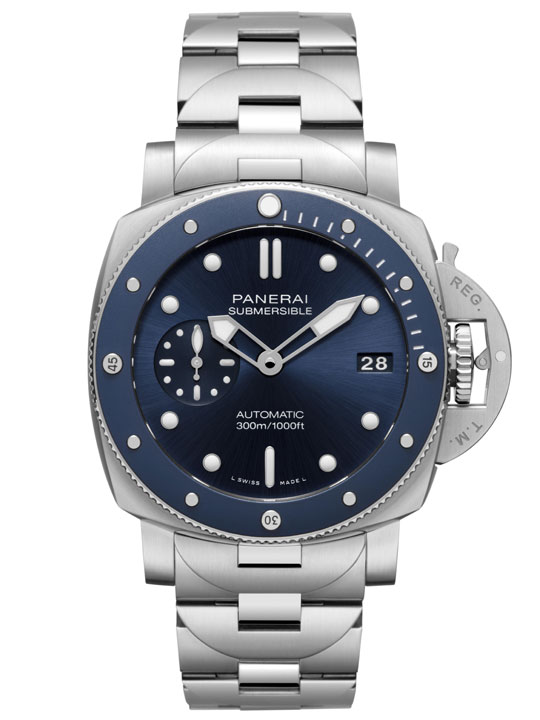 In line with Panerai’s sustainable measures, the Submersible Blu Notte comes in a box that’s partly made from recycle ABS plastic. The watch also gets an additional black strap in water-resistant SportechTM with blue contrast stitching and Velcro closure. On the new bracelet, the Submersible Blu Notte makes a great office companion, while the strap allows for sportier pursuits. If versatility is what you’d like out of your watches, then this blue beauty is certainly worth considering.