As a longstanding watch marque, Oris is known for many things, most notably its trademark red rotor, signifying the brand’s commitment to producing only Swiss-made mechanical watches that are both functional and accessible.

Over the years, Oris has pioneered a number of innovations, one of which was the Worldtimer from 1997 that featured a patented function that allowed the local time to be set in one-hour increments forwards or backwards via pushers on either side of the case. In 2004, it debuted the quick-lock crown, which only required a 120-degree turn to secure it.

Away from technical innovations, Oris is also a proponent of several non-watchmaking activities, ranging from music and the arts, to motorsports. But most meaningfully, the brand is a strong advocate for environmental causes, especially clean water.

Last year, the brand launched the Source of Life Limited Edition timepiece (above), drawing attention to the importance of water and its role in sustaining all lifeforms on earth. 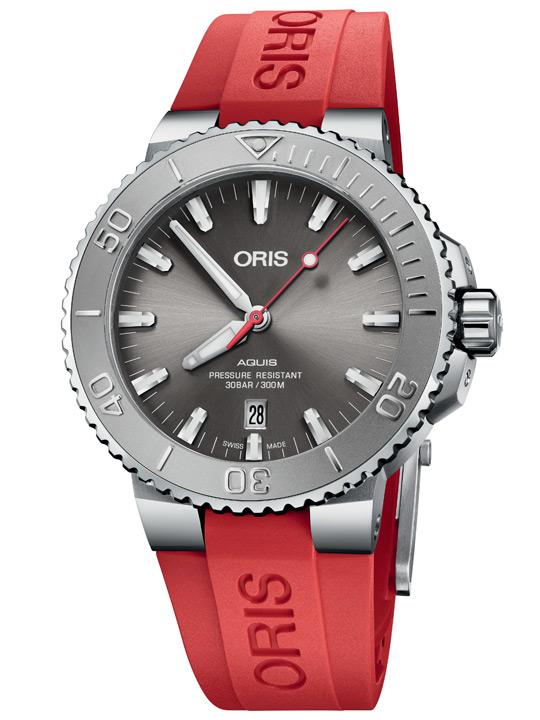 This year, it also launched the Clean Ocean Limited Edition with a focus on the ocean cleanup efforts by Pacific Garbage Screening; and the Aquis Date Relief (above), a watch that spotlights a project that will be undertaken this year by expedition swimmer, Ernst Bromeis.

Called ‘The Blue Miracle’, this project entails Bromeis swimming across a number of lakes to raise awareness of how important water is to civilization. One of the lakes Bromeis will attempt to navigate is Lake Baikal, the world’s largest freshwater lake which spans a length of 636km at its longest and flows through Russia and Mongolia, with locals calling it ‘the holy sea’ or ‘the source of the world’.

In partnership with Bromeis, Oris introduces the Aquis Date Relief into its family of dive watches. While it retains the case size (43.5mm) and movement (self-winding Oris 733 based on the Sellita SW 200-1) of the Aquis Date, the new Aquis Date Relief has, as its name suggests, the dive numerals on the bezel in relief, a nod to the texture of water. 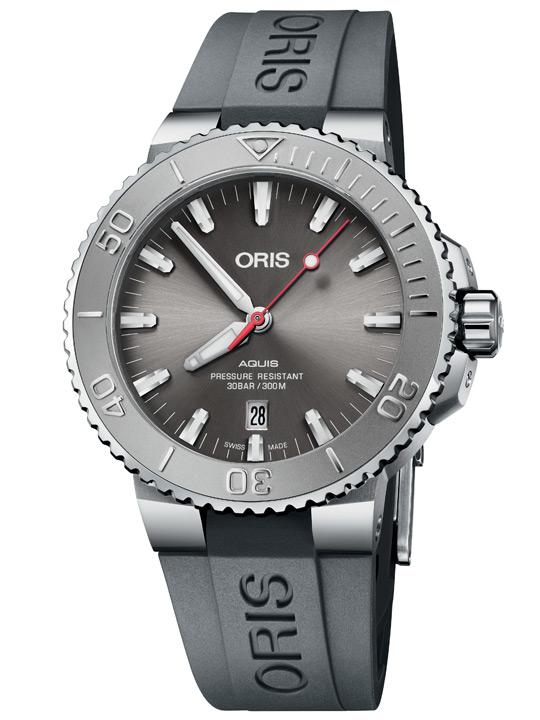 A grey sunray dial makes reference to the colour of a stormy sea and offers a strong contrast when paired with the red rubber strap—our preferred option (you could also pick a steel bracelet or grey rubber strap). The hands and indexes are filled in Super-LumiNova for optimum legibility when diving underwater, while the date window remains at six o’clock to keep the symmetry of the dial.

It’s highly unlikely that you’re going to take a watch  that costs a few Gs diving. But just in case you intend to, know that the Aquis Date Relief more than equipped to serve you well. After all, if it’s survived numerous expedition swims with Ernst Bromeis, we’re sure it will survive whatever you throw (or splash) at it.