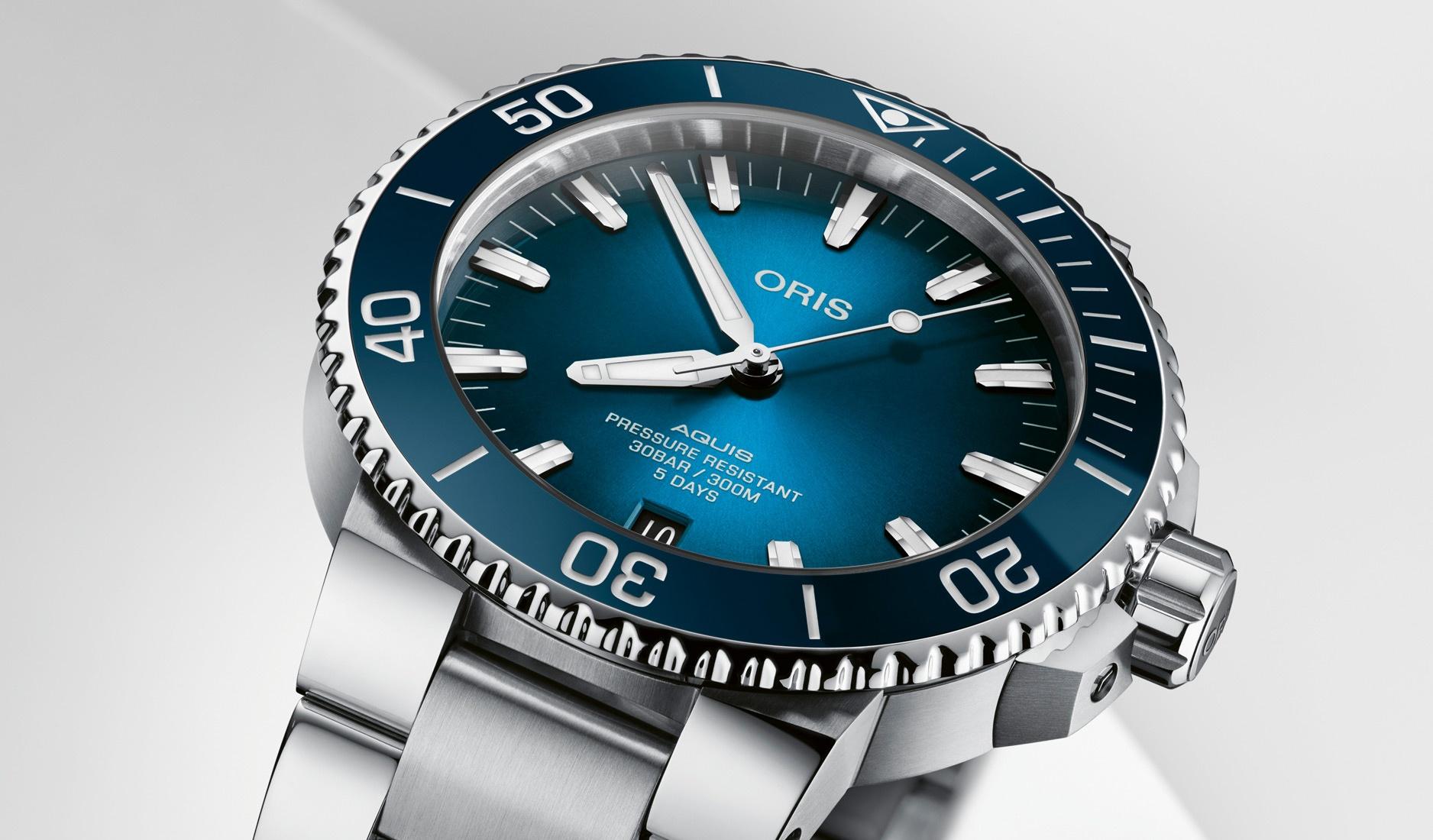 As much as we love how a well-appointed watch can take us on flights of fancy, making us feel and think that bit bigger than we are, we are also drawn to Oris’ ‘Real Watches For Real People’ credo. More manifesto than mere slogan, the statement has guided Oris’ creative and manufacturing ethos, resulting in solid mechanical watches made with integrity for people who have to balance lofty horological aspirations with the challenge of ‘real’ wages.

Given that, the new Oris Aquis Date Calibre 400 demonstrates unequivocally that you can have a very well-made mechanical watch with a state-of-the-art in-house movement – typically the preserve of ultra-high-end marques – without having to break the bank.

Hailing from Oris’ Aquis range of dive watches, the Aquis Date Calibre 400 comes in stainless steel and is priced at S$4,600 with strap, or S$4,800 with bracelet. By all accounts, the watch is a fuss-free and reliable underwater tool watch, touting obligatory performance specs and features such as 300m water resistance, screw-down crown with protective guard, and unidirectional dive bezel with ceramic insert. And it looks pretty neat, too. The dial is endowed with a gradient blue hue to evoke the collection’s aquatic spirit, while the case and bracelet exude a touch of luxury with contrast satin and polished finishing.

That said, the real star of the show is Oris’ new in-house automatic Calibre 400 that powers the watch. As mentioned earlier, watches with in-house movements occupy a special place in horology. They belong to a select category of timepieces offered by a small group of brands with verticalised manufacturing capabilities. More often than not, these brands reside higher up the luxury ladder and, naturally, watches with in-house movements almost always boast price tags that reflect their position. 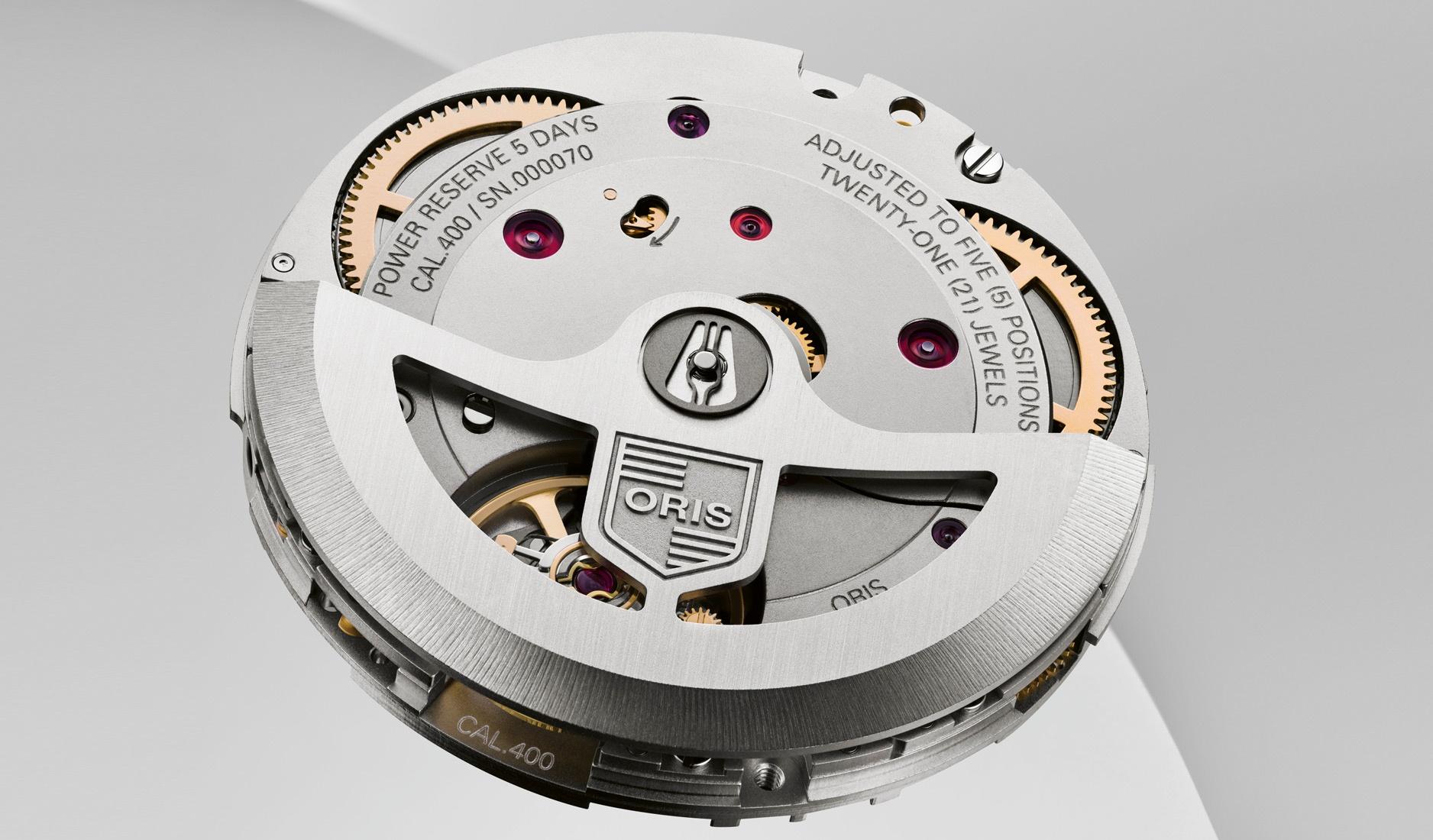 With the Aquis Date Calibre 400, Oris not only manages to subvert the pricing status quo by offering a watch with in-house movement with extremely high cost-to-value ratio, it knocks the ball out of the park with an innovative engine that registers top marks in stamina and reliability.

Five years in the making, the Calibre 400 boasts a twin-barrel construction that offers up to five days of power reserve on a full wind. Complementing this is a newly developed winding rotor, which uses a slide bearing system in place of traditional ball bearings to aid the spinning of the oscillating weight – a development that offers greater stability while enhancing energy efficiency. 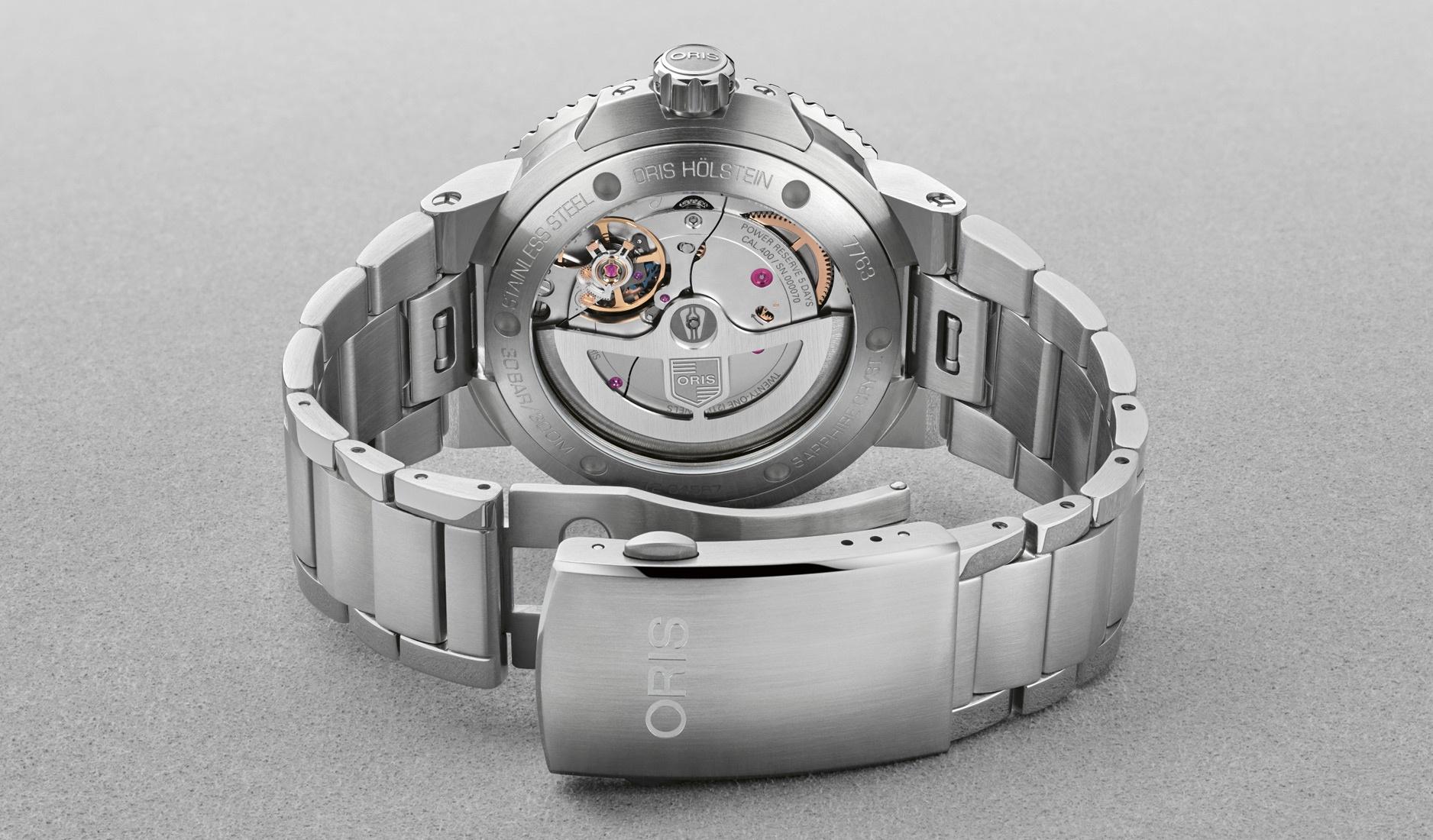 As for the cherry on top of the cake, Oris is offering 10-year warranties for all watches powered by the Calibre 400 – which means that the Aquis Date Calibre 400 marks the start of an exciting roll-out of high-performance, high-value watches with ‘in-house’ bragging rights. 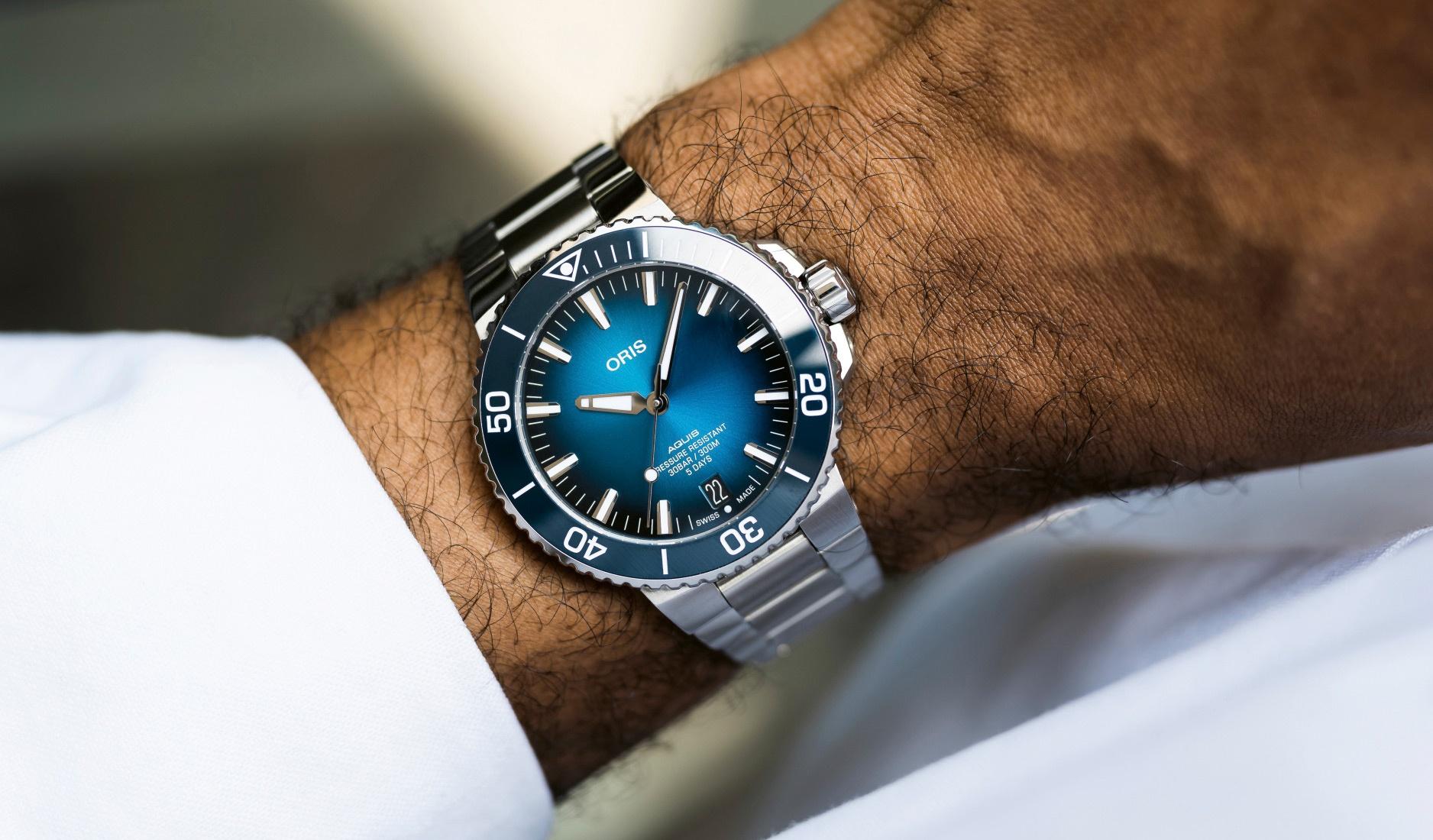 “This is the Oris way of doing things,” says Oris CEO Rolf Studer. “We think a bit harder and come up with sober solutions that mean we can make a watch for people in love with watches, and not only for the privileged few.” This is a dream that we can totally get behind.