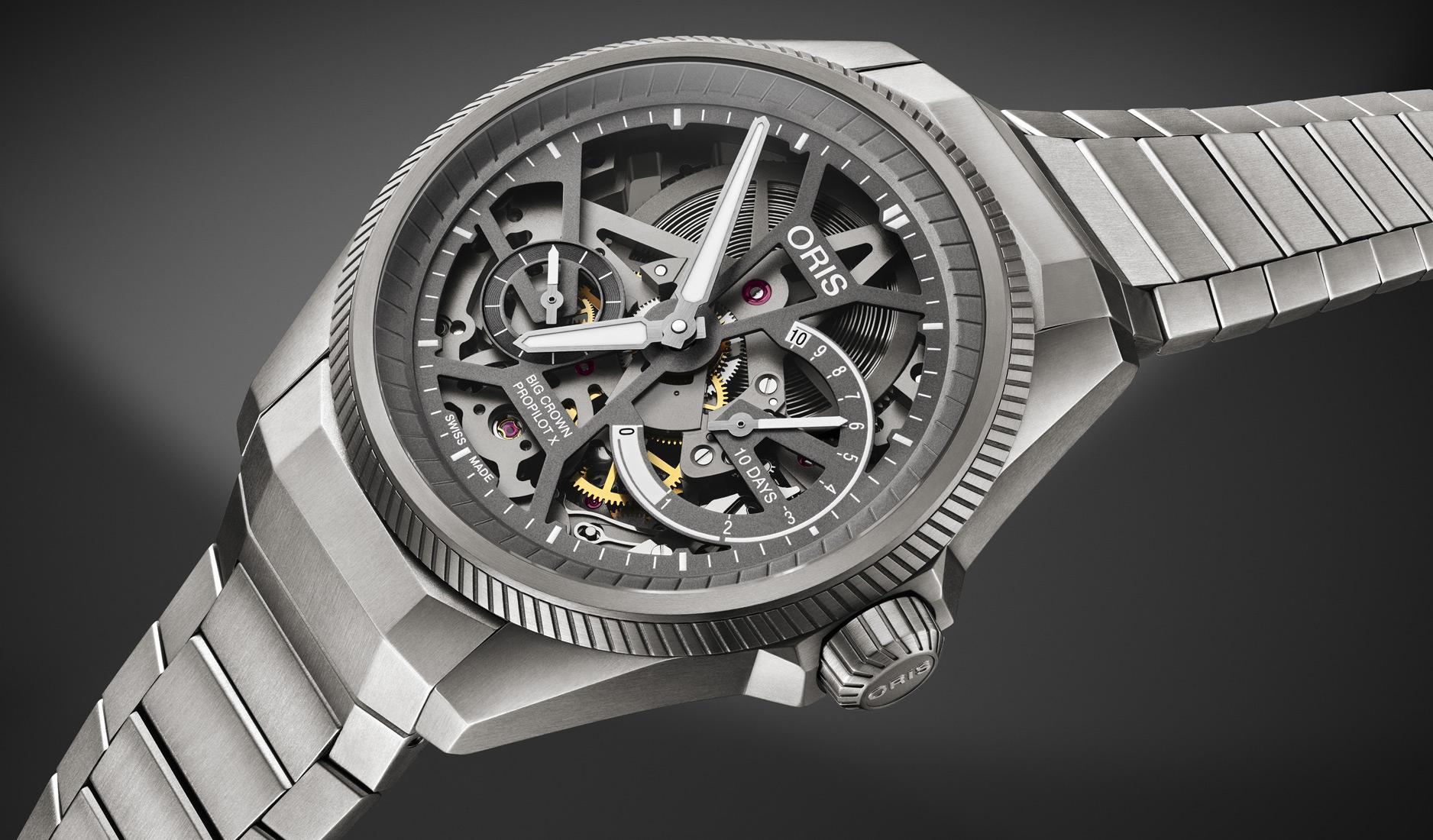 “This is the first time we are having an event just for the launch of one watch,” says Michael Meier, Oris region manager for Southeast Asia. Just goes to show how important the new Big Crown ProPilot X Calibre 115 is to the brand.

We are in Shanghai with the co-CEO of Oris, Rolf Studer, Meier, and other company executives, to get a glimpse of the new watch, which (and you’ll be pleased to know this) is already at the retailers and boutiques, ready to be sold from 8pm (Singapore time) tonight.

There is a sense of nervousness and anticipation among the executives as they await the public’s response to the watch after the embargo is lifted. It’s a nervousness that is heartwarming to witness because it demonstrates the sheer passion that goes into each of Oris’ creations. Characteristic, really, of a small(ish) independent brand that is earnest about its products.

If you’re familiar with Oris, you’ll know it only makes mechanical watches and, from its beginnings in 1904 to 1981, made a whopping 279 in-house movements. For some reason, it took a hiatus from making new calibres and it was not until 2014 that the brand decided to go back to its roots of mechanical watchmaking, launching the Calibre 110 on its 110th anniversary.

Since then, every year has seen a new ProPilot calibre, with various complications added to it. The Calibre 112 had a second-time zone and day/night indication, Calibre 114 had a GMT, and so on. And, if you’re counting, the new Calibre 115 is the brand’s 285th in-house movement and its first skeleton movement. 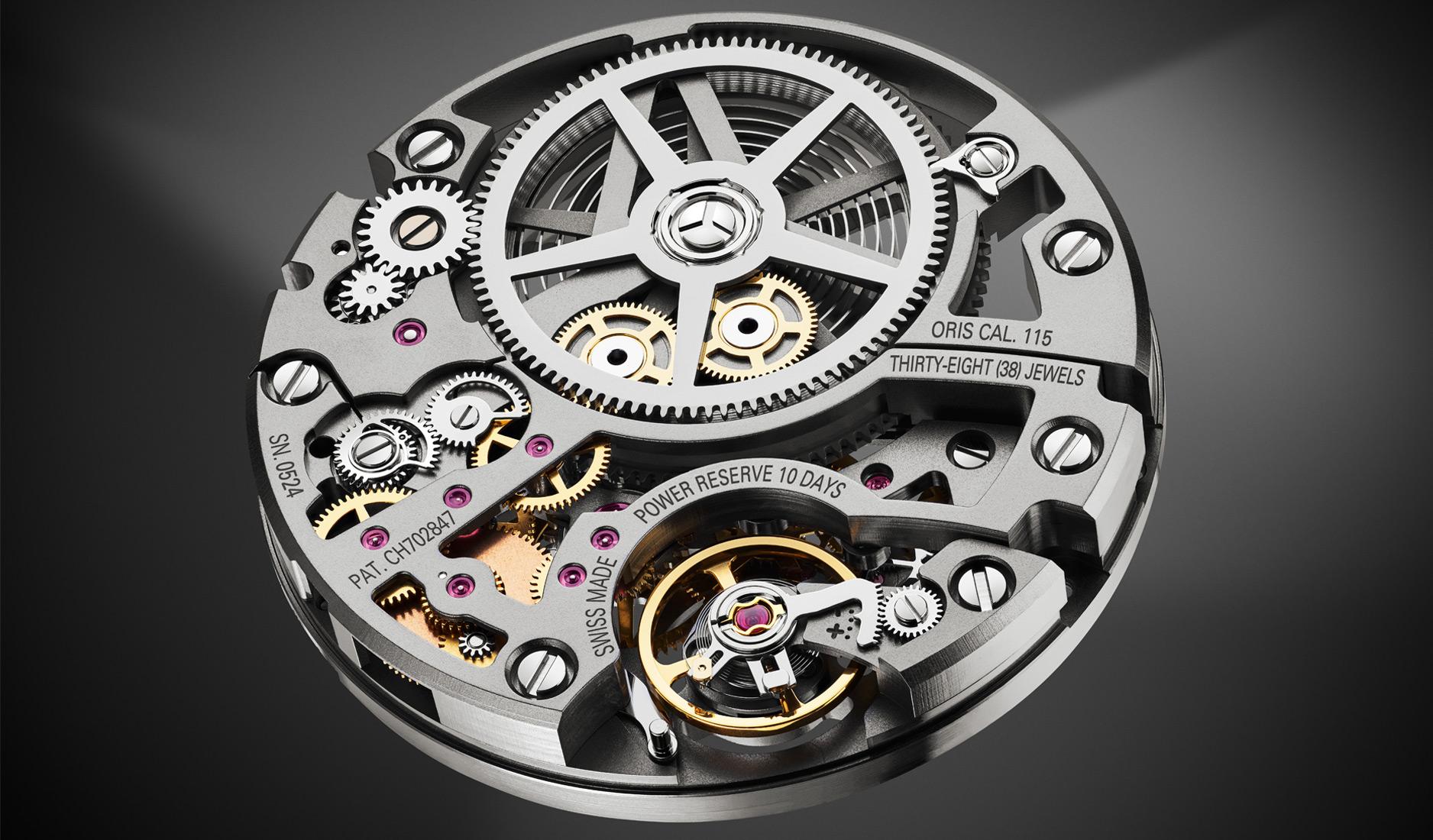 Since a skeleton movement is lighter, it reduces the amount of energy needed to power the watch—something further helped by the removal of the date complication. The small seconds display has also been shifted down slightly to adapt to the skeleton construction such that no additional wheel is needed to power it. In short, the watch is minimalist in every way—both in energy requirements and construction, where the Calibre 115 has been stripped down to its bare essentials. 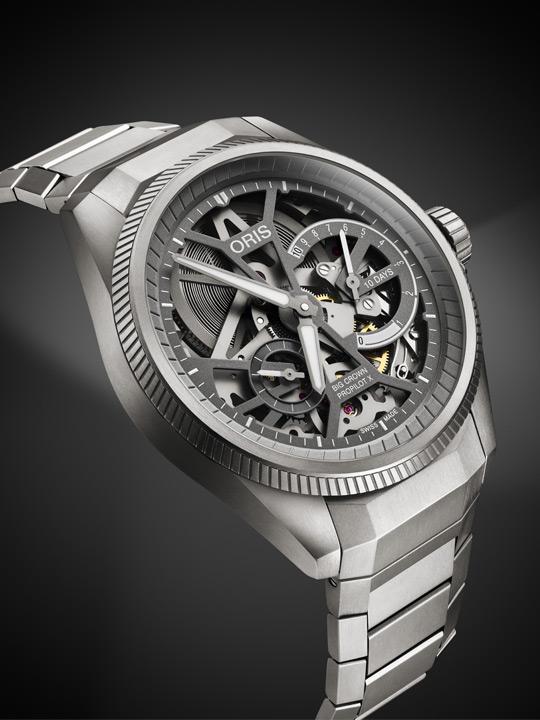 Made with Grade 5 and Grade 2 titanium so the watch is both light and rigid, the Big Crown ProPilot X Calibre 115 is incredibly light. From its 44mm case and rugged aesthetic, you’d have thought it would be a hefty weight on the wrist. What a surprise then, when we tried on the watch and it felt like nothing. The hypoallergenic titanium bracelet is also perfect for our humid climes. And since the ProPilot X is inspired by aviation, the bracelet clasp was modelled after aircraft seatbelt buckles—definitely an interesting detail. 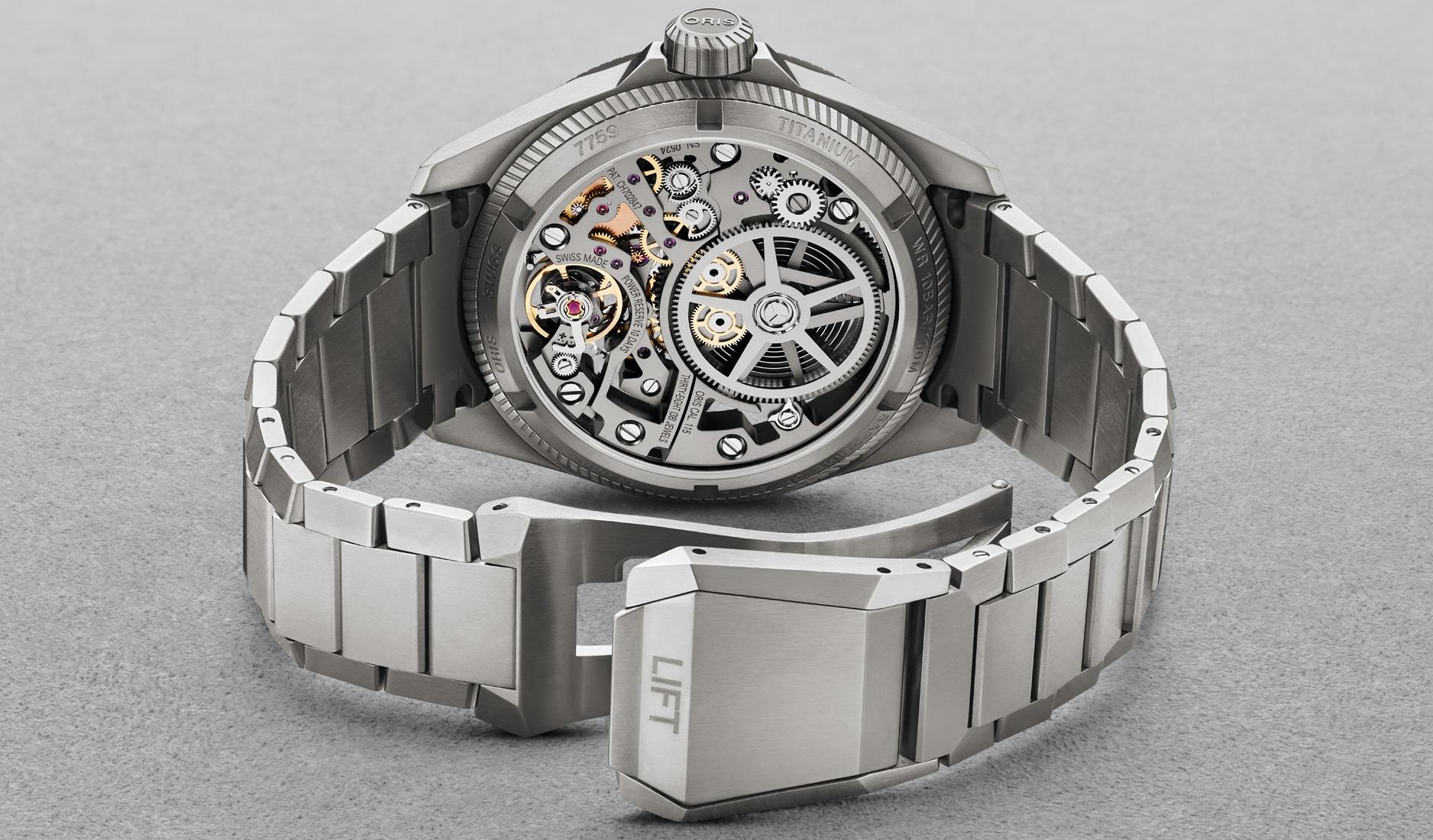 In a candid chat, Studer said, “A watch is something you want, not something you need” and we couldn’t agree more. With that in mind, the ProPilot X Calibre 115 is certainly looking like something enthusiasts will be after. Good looks, top notch construction and design, together with a light, comfortable feel on the wrist, make this a winner for Oris.