A dark horse contender for the value-for-money purchase of 2021. 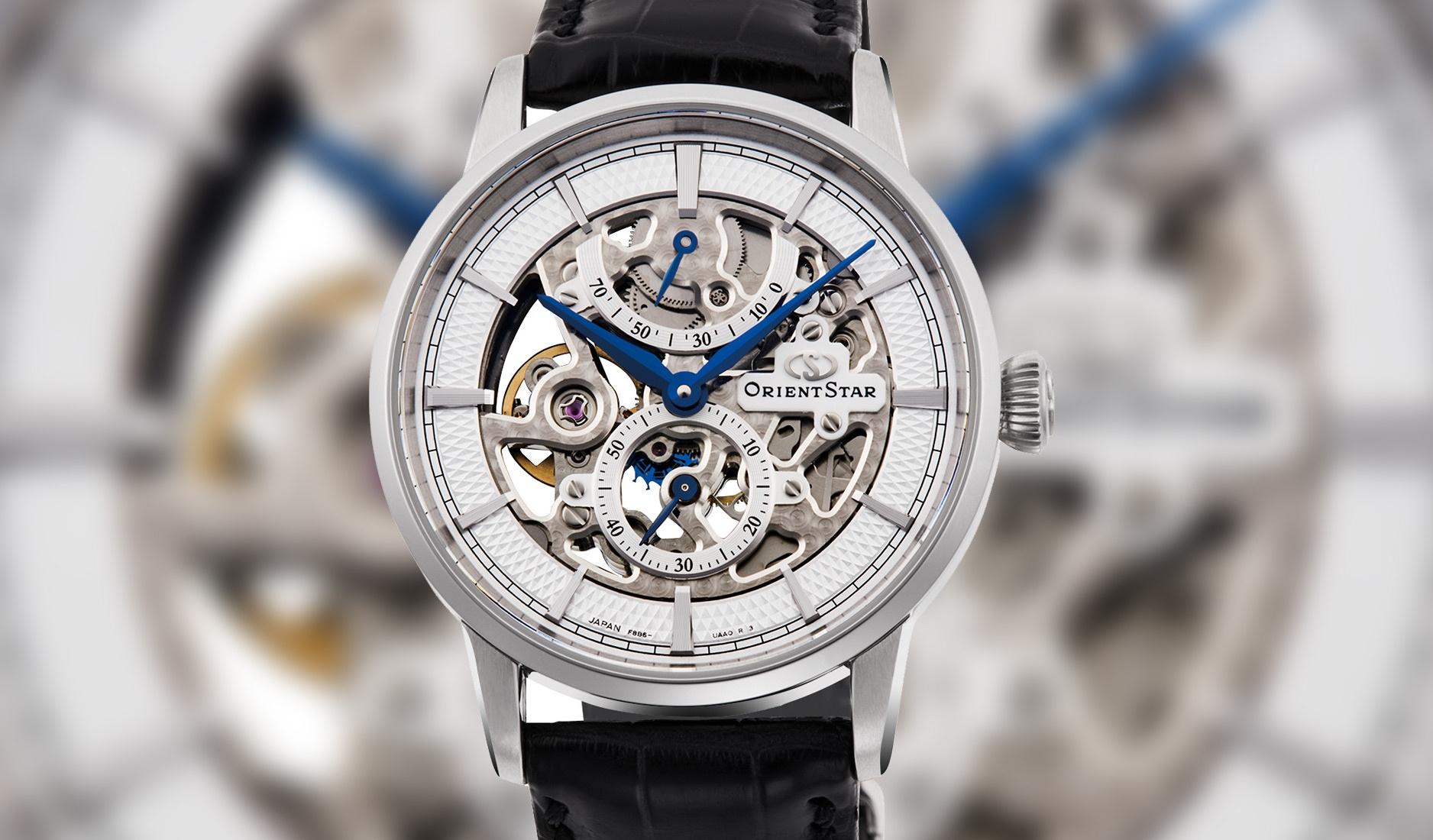 Still have room for one more watch before the year is up? The good news is, you are unlikely to bust your credit limit for the Orient Star Anniversary Skeleton, an exquisite dress watch with top-notch finishing and decoration, and enticing in-house mechanical sophistication, all for slightly under S$3,700.

Of course, we shouldn’t be presumptuous to call the Orient Star Anniversary Skeleton ‘affordable’. But seeing how Orient Star has come in with all guns blazing for this commemorative milestone edition, watch collectors will be hard pressed to find a watch loaded with as many  horological virtues as this offering – and at this price tag. 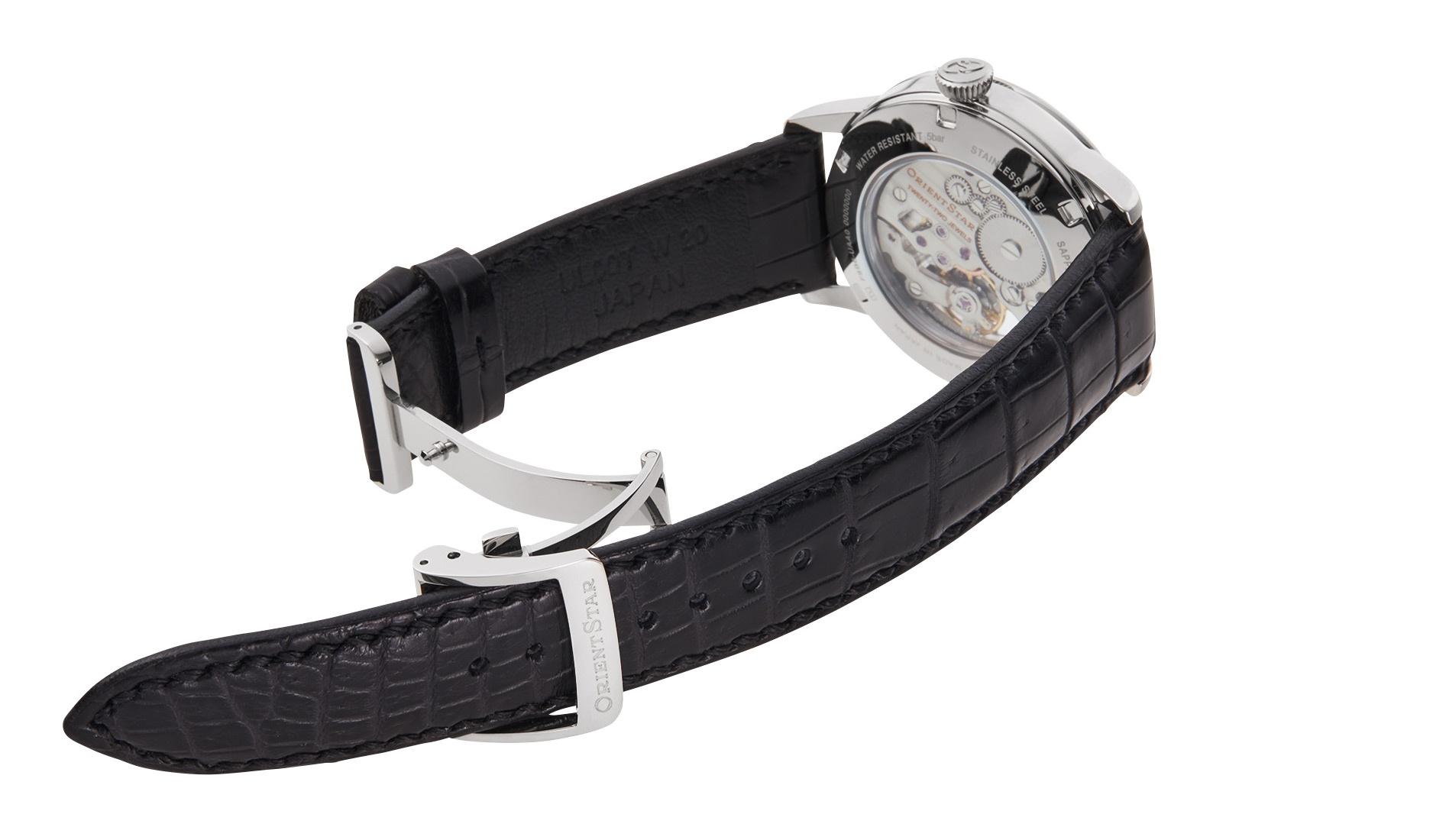 For those who are not familiar with Orient Star, here’s a short back story. Orient Star is the premium line of Orient, a respected Japanese marque that was established in 1950 with verticalised production capabilities for both mechanical and quartz creations. Operating under the auspices of Epson (yes, the electronics giant) Orient offers an entry-level selection of watches. Orient Star's creations, on the other hand, are decidedly more elevated, driven by mechanical movements, and featuring more refined aesthetics and executions. 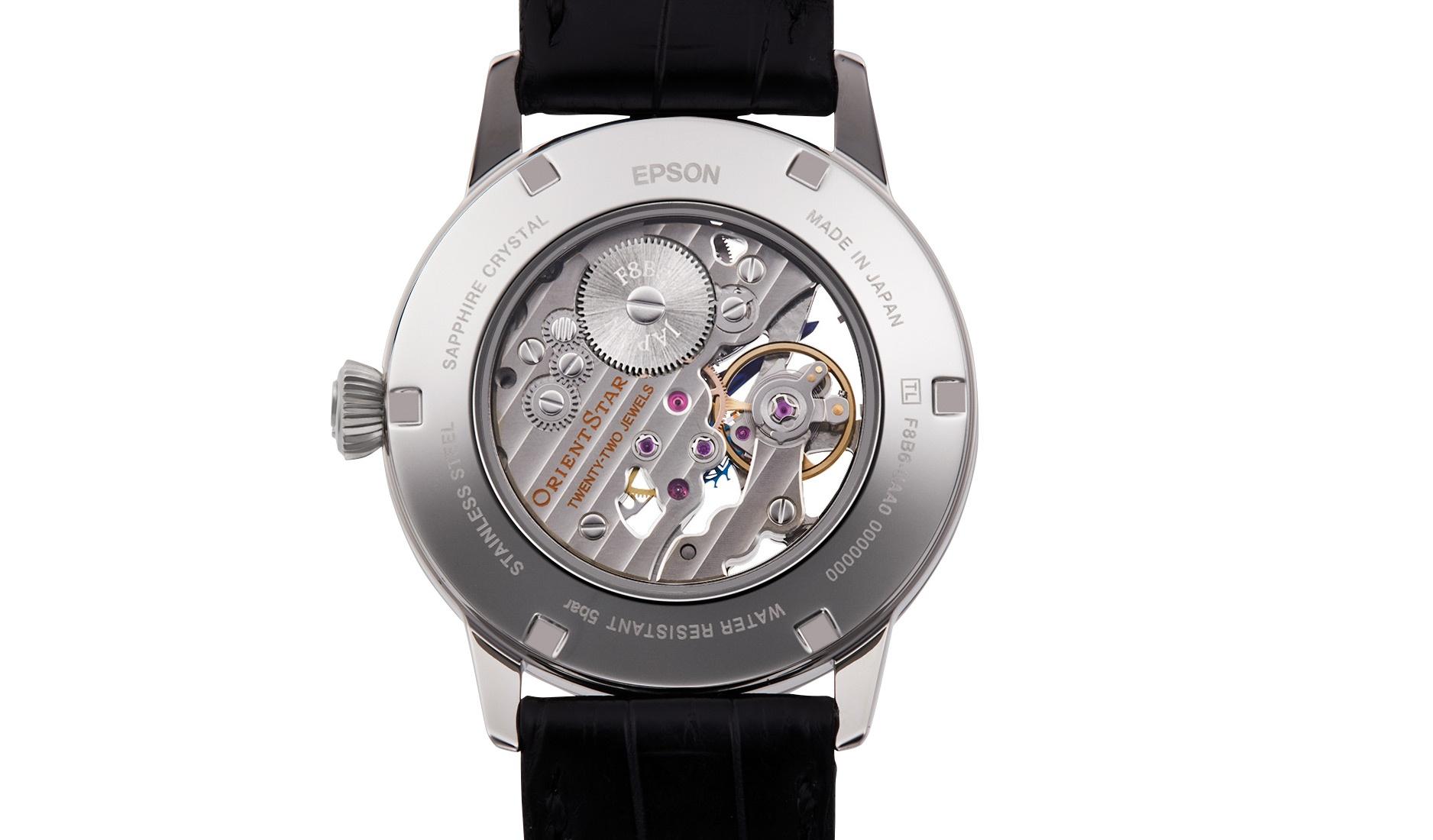 To get a sense of Orient Star’s horological ambitions, the 70th Anniversary Skeleton is where you’d want to look. For one, the watch runs on an absolute powerhouse of an engine – the hand-wound Calibres F8B62 and F8B63 with 70-hour power reserve that feature, get this, a silicon escape wheel, which is developed and manufactured entirely in-house. We are sure in-the-know watch lovers would be thinking that a timepiece with those mechanical specifications can easily fetch twice or thrice the 70th Anniversary Skeleton’s asking price. 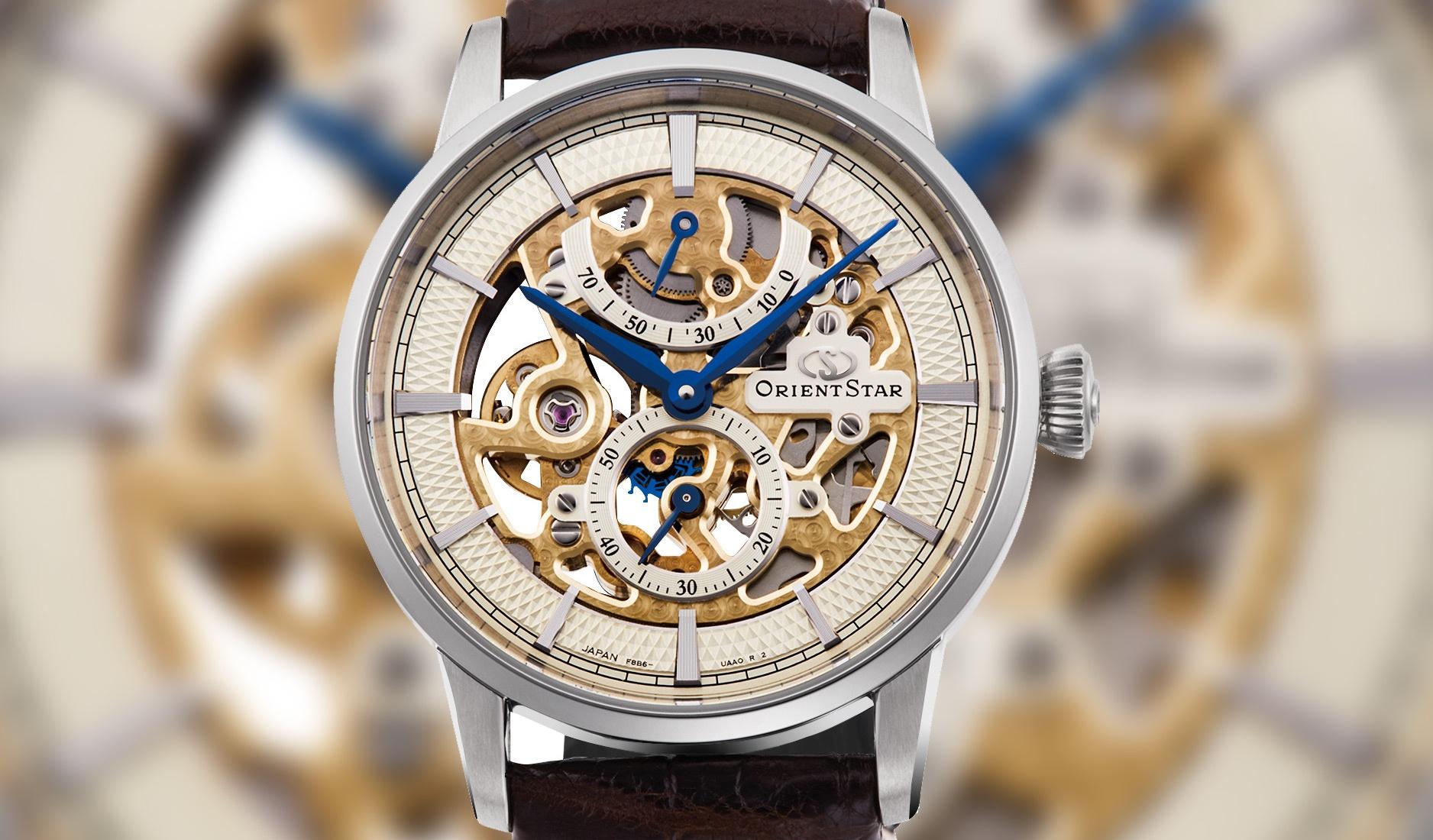 We haven’t had the chance to examine the watch up close, but from the official images, as well as macro shots shared by Orient’s Singapore distributor, the skeletonisation work and finishing is exquisite. A departure from skeleton watches that have been launched in recent years, which typically presents beautifully hollowed plates and bridges but leave them otherwise untouched save for plain polish or matte finishes, the Orient Star 70th Anniversary Skeleton does it the old school way. The skeletonised movement is decorated (in this case with circular graining) to set the backdrop for the power reserve, small seconds indication and hour display chapter rings. The dial is capped with blued hands to ensure legibility. 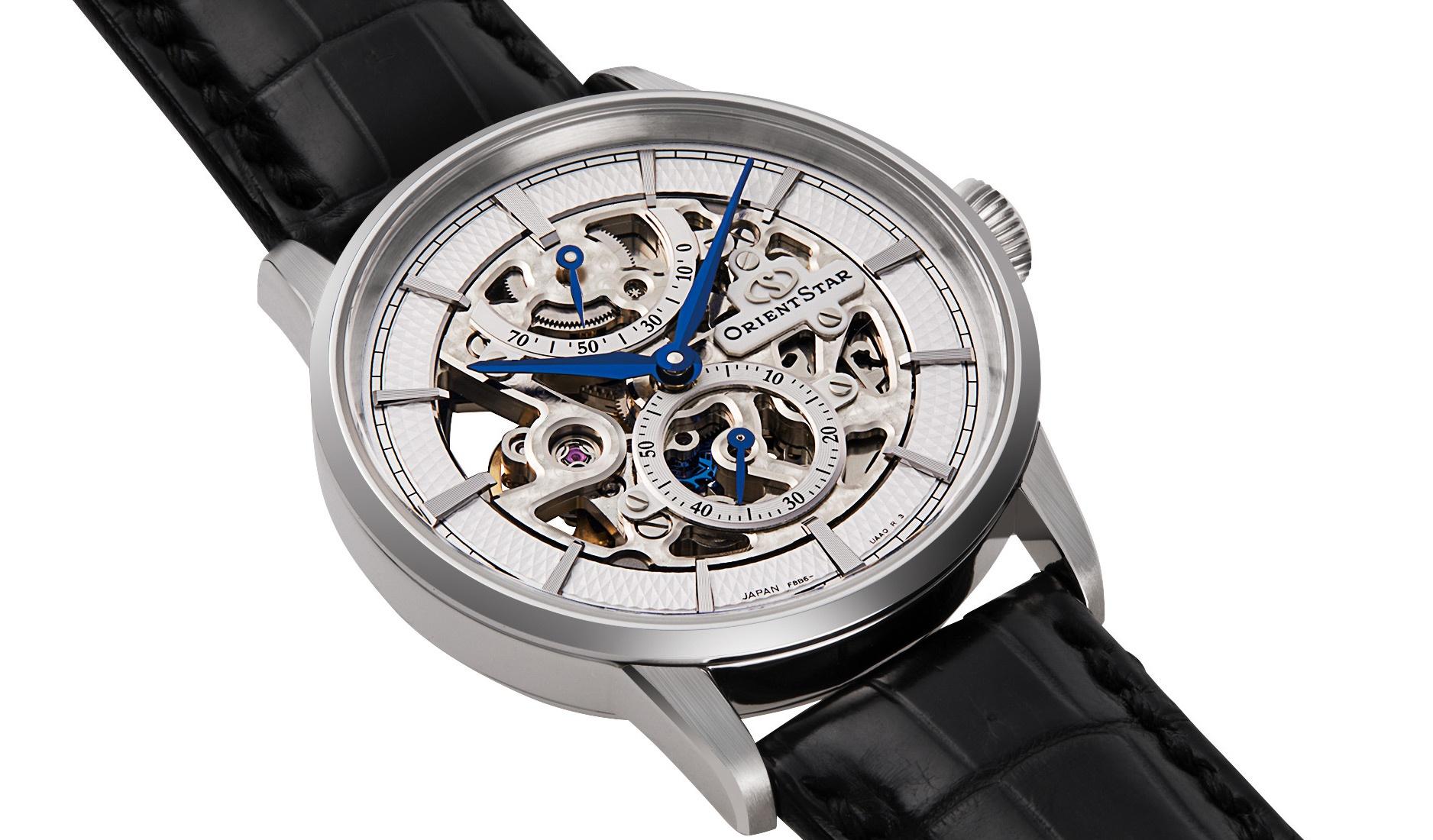 Housed in a 38.8mm steel case with a knurled crown, and complemented by a crocodile leather strap, the 70th Anniversary Skeleton, offered in champagne and silvered coloured skeleton dials, exudes a demeanour that harks back to classic, old-world dress watches. Having said that, backed by thoroughly modern production capabilities and what seems like an intent to dominate the entry-level, high-mech space, the Orient Star 70th Anniversary Skeleton is also a watch that signposts the future for the Japanese brand. Certainly a marque worth keeping tabs on.