You don’t have to be an Olympian to own one of these beautiful timepieces. 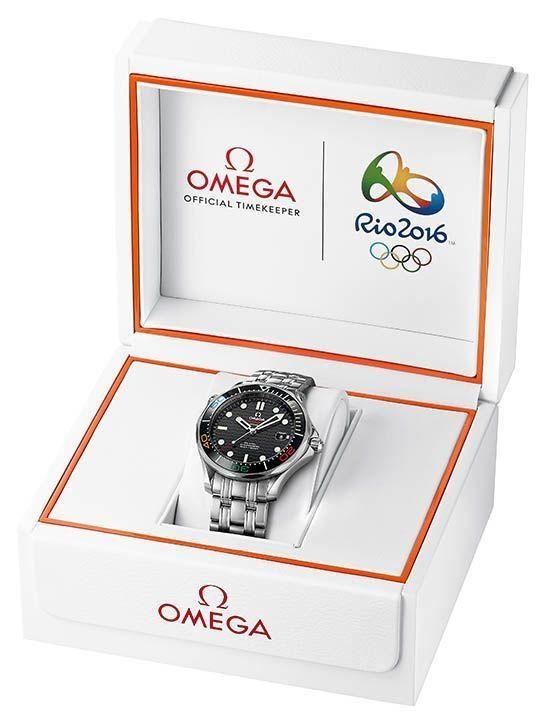 It’s safe to say the relationship between Omega and the Olympic Games is one that’s lasted longer than most marriages. Having been a partner of the Games for 84 years, Omega reprises its starring role as the Official Timekeeper for the 27th time this year in Rio de Janeiro.

To commemorate the occasion, Omega introduces three limited edition timepieces that encapsulate the spirit of the Games. The Omega Seamaster Diver 300M “Rio 2016” Limited Edition timepiece pays tribute to Rio’s renowned beaches in the form of a wave pattern on the dial from the mosaics on Copacabana’s famous sidewalks. The uni-directional rotating bezel comes in everybody’s favourite material—black polished ceramic, with lacquered numbers in red, green, yellow and blue, a nod to the colours of the Olympic rings. 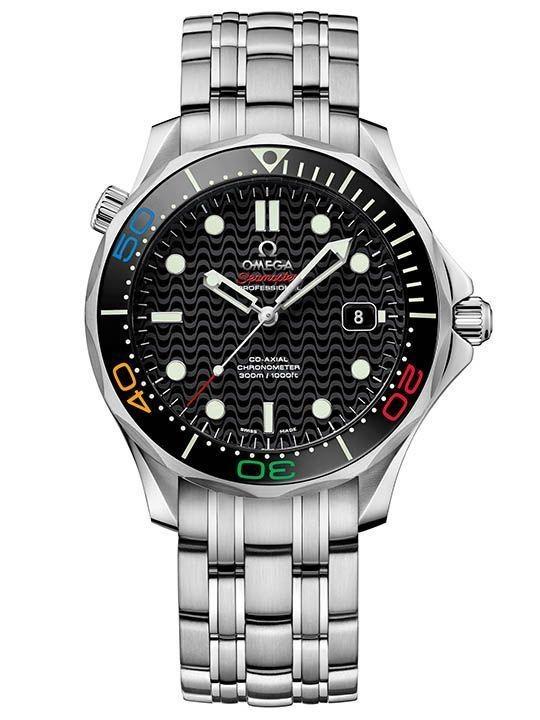 Like a classic Omega Seamaster 300M, a date window is positioned at three o’clock, a helium escape valve at 10 o’clock and the polished skeleton rhodium-plated hands come coated with Super-LumiNova. On the reverse side, the screw-down caseback has been stamped with the “Rio 2016” logo and features an individual limited edition number. Powered by the Omega calibre 2500, the timepiece is water resistant up to 300m and each of the 2,016 pieces comes in a special presentation box. Here at CROWN, we are divided over the splash of colours on the bezel -- too much for some, but wonderfully whimsical for others. But we all agree that the S$6,300 price tag is a great draw. 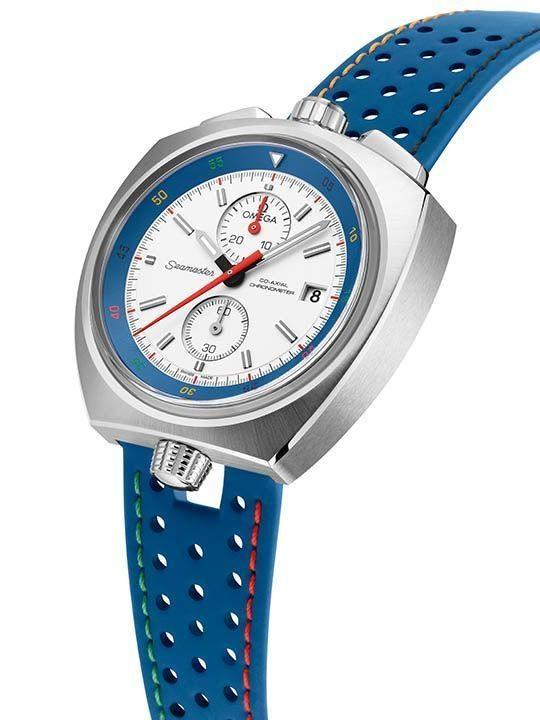 First introduced in 1969, the Bullhead was part of Omega’s Chronostop range of watches and was originally used by rally drivers to monitor their lap times. The Bullhead’s iconic look features a tapered case shape with chronograph pushers flanking each side of the crown positioned at 12 o’clock contributing, no doubt, to the ticker’s moniker. Today, the Bullhead is used in the Seamaster range and this year, is as the Omega Seamaster Bullhead “Rio 2016” Limited Edition, reinvented with the colours of the Olympic Rings on the rotating inner-bezel. The blue leather strap is also enhanced with stitching in Olympic colours to reinforce the message of the Games. A 30-minute totaliser sits at 12 o’clock with the small seconds sub-dial opposite at six o’clock. Limited to 316 pieces, the Seamaster Bullhead is the most attention-grabbing option of the commemorative lot and will certainly swing some looks your way, if you are into that sort of thing.

But if the colours of the Olympic Rings aren’t exactly your thing and you prefer the sheen of Olympic medals, the Omega Speedmaster Mark II “Rio 2016” should be right up your alley. Inspired by the original model launched in 1969, the polished and brushed stainless steel barrel-shaped case houses a matte black dial with three sub-dials (a 30-minute totaliser at three o’clock, 12-hour totaliser at six o’clock and small seconds at nine o’clock) encircled in bronze, gold and silver.

A transparent tachymeter scale is lit from underneath by a Super-LumiNova filled aluminium ring, making it the first watch in Omega’s stable that makes it possible for the tachymeter to be read in the dark. Driven by the Omega Calibre 3330, the watch is equipped with a silicon balance spring and is water resistant up to 100m. It is limited to 2,016 pieces and comes in a special presentation box with a certificate of authenticity.