The legendary ‘Moonwatch’ gets its own orb. It is a curious combination – a moon phase display on an iconic chronograph interface – though not all that unexpected.

After all, the Speedmaster chronograph shot to fame as the first watch to be worn on the moon on the Apollo 11 mission in 1969. To add a display that tracks the waxing and waning of the moon on a watch nicknamed after it, seems, well, natural. 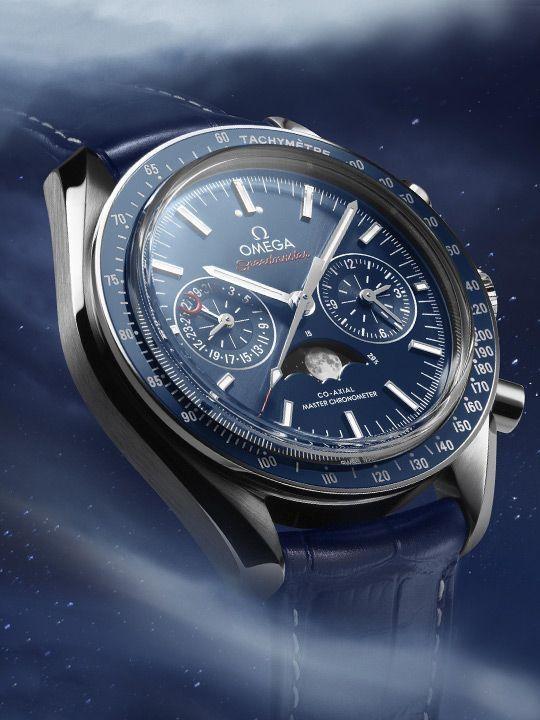 The Speedmaster Moonphase Chronograph Chronometer flaunts a moon phase display so realistic, it even shows an astronaut’s footprint on closer inspection. Unlike previous moon-phase Speedys, which plant the said display at ‘12’, this one has the moon-phase at ‘6’, and counters have been switched around to accommodate the new feature: the left sub-dial features a date indicator and the right one a 12-hour counter. Powerfully built from the inside-out, the watch runs on a chronometer-grade Master Co-Axial 9904 automatic movement with extreme anti-magnetic protection.