The first celebratory salvo for the Speedmaster’s 65th anniversary this year. Fans of the Omega Speedmaster ought to keep your finances in order this year. Not one to let a milestone go unnoticed, not least for one of its most beloved watches, Omega will look to commemorate the 65th anniversary of the Speedmaster collection with aplomb – and we imagine quite a few limited edition collectibles – starting with this one, the Speedmaster Calibre 321 in Canopus Gold.

Introduced as a racing-inspired chronograph in 1957, the Speedmaster began life as a shock- and magnetic-resistant sports watch, the CK 2915, nicknamed ‘Broad Arrow’ for its hour hand. Although the collection’s sports chronograph-anchored DNA, as well features like its signature hardiness and design codes such as the tri-compax dial layout and tachymeter scale have defined and accounted for much of the Speedmaster's success and longevity, it is fair to say that the collection has also evolved a great deal over the decades. 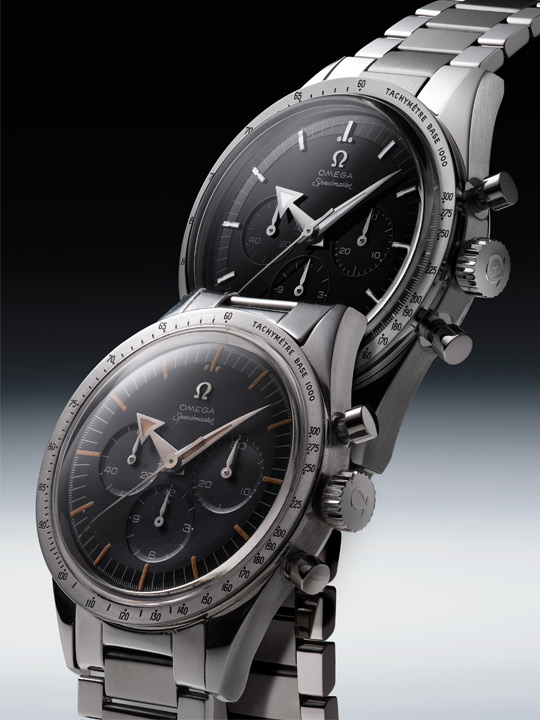 There is, of course, the flagship Speedmaster ‘Moonwatch’, the NASA-certified range famously billed as the first watch to be worn on the moon when Buzz Aldrin strapped one on for the Apollo 11 mission in 1969, which birthed countless special editions. There are also fan favourites like the ultra-rare Speedmaster ‘Snoopy’ limited editions, borne from a NASA award given to people and organisations who contributed significantly to space exploration with the cartoon beagle as mascot, as well as the ‘Alaska Project’ series of limited editions, spawns of the Speedmaster ‘Mark II’ from 1969, when Omega wanted to create an even sturdier space watch.

Likewise, the new Speedmaster Calibre 321 line holds a special place in the collection’s catalogue. Named after the handwound Calibre 321, the first-ever chronograph movement with mono-bloc column wheel that was used in the original model in 1957, it was arguably one of the most revered chronograph movements in modern watchmaking, famed for its robustness and precision. 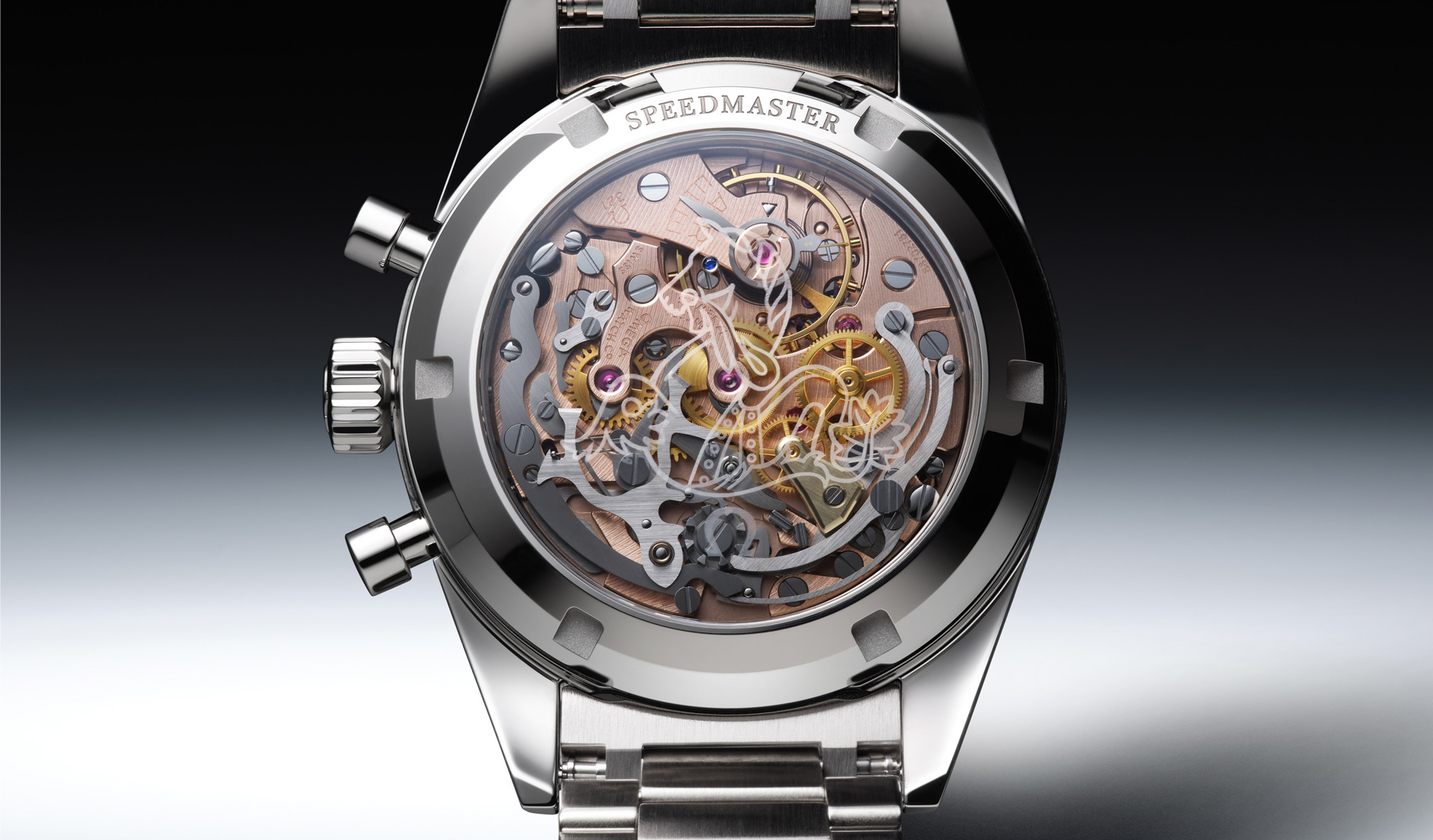 In 1968, Omega ended the movement’s production run and, in 2019, decided to resurrect the cult engine through a painstaking reconstruction process that took two years, and involved Omega referencing the second-generation Calibre 321 by using its original blueprint, and digital scanning technology to ‘see’ inside a vintage model featuring the movement (the Speedmaster ST105.003 that astronaut Eugene Cernan wore in 1972 for man’s last walk on the moon).

The ‘new’ Calibre 321 debuted in the Speedmaster Calibre 321, housed in a platinum case featuring totalisers crafted with slices of moon meteorite. The brand followed up the luxurious re-introduction with a non-limited stainless steel range in 2020. Compared to ‘regular’ Speedmasters, the Calibre 321 series are marketed as a special breed with low production, courtesy of the meticulously re-engineered movements that are assembled from start to finish by individual watchmakers in a specialised workshop. Naturally, the Speedmaster Calibre 321 models are, when compared with industrially produced models in similar materials, markedly pricier. 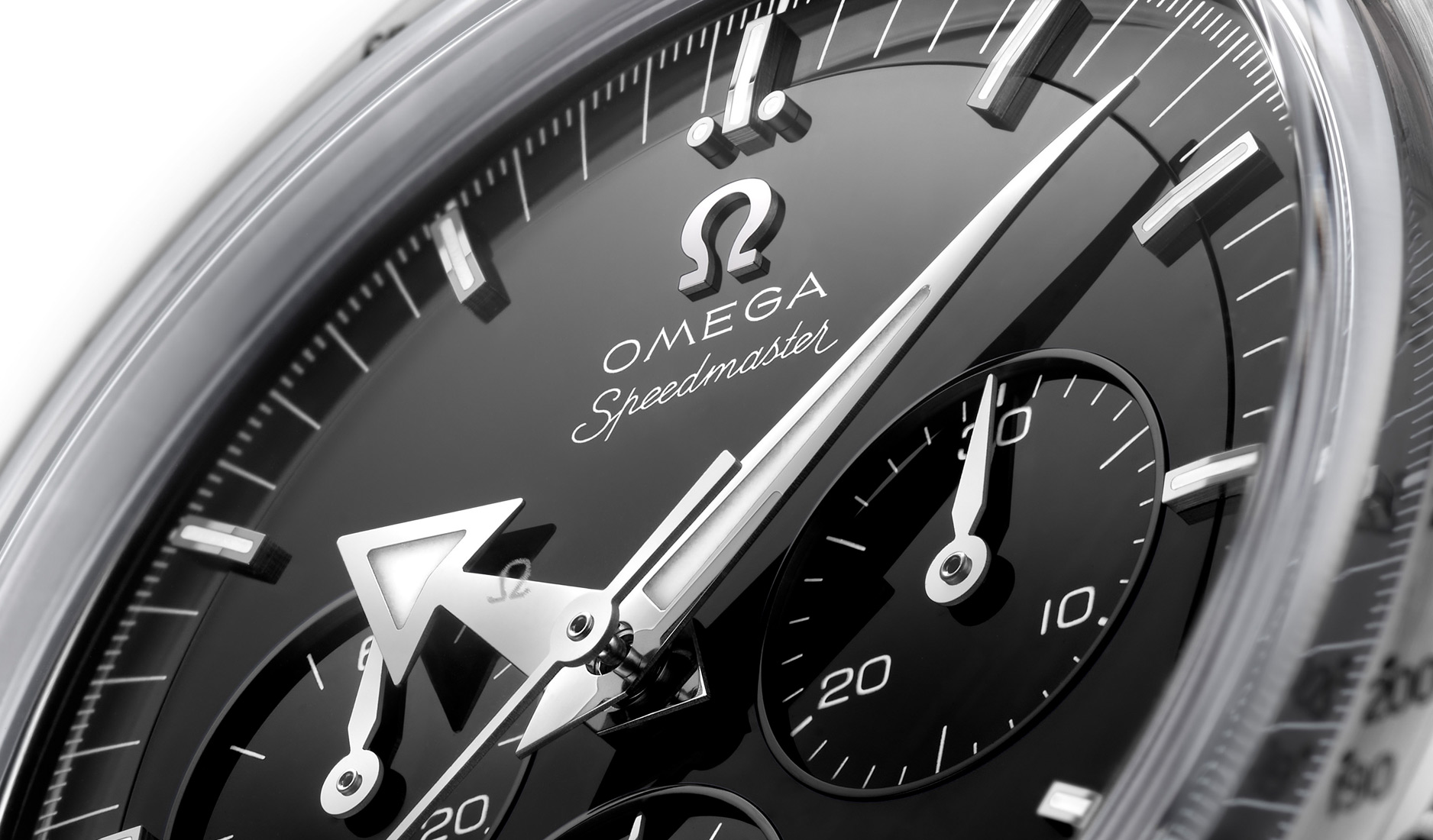 This year’s Speedmaster Calibre 321 in Canopus Gold amplifies the range’s privileged disposition, as well as pays tribute to the original CK 2915, in no uncertain terms. As the name implies, this model is encased in Omega’s proprietary 18K white gold alloy, 18K Canopus Gold, which is said to shine with greater brilliance and longevity compared to regular white gold. The bezel with tachymeter scale on this model has also been up-luxed, its numbers and markings filled with black grand feu enamel, and accented with the collection’s famous ‘dot over ninety’ and ‘dot diagonal to seventy’ markings that are common to pre-1970s Speedmasters. 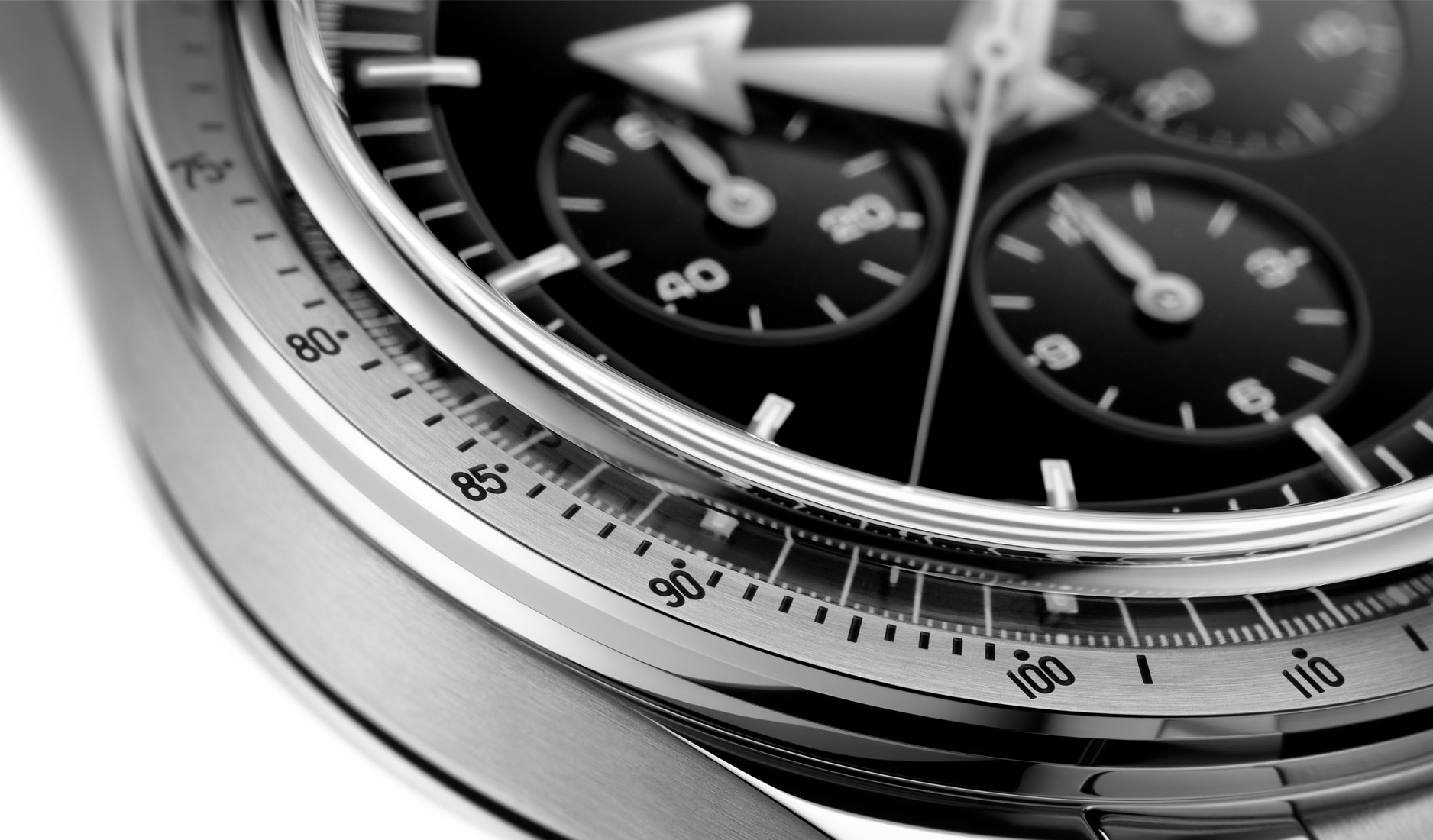 Elsewhere, Omega endows the Speedmaster Calibre 321 with even more vintage-inspired touches that ought to please Speedmaster aficionados. They include the ‘NAIAD’ symbol on the crown, used to symbolise water-resistance in the early CK2915 models, as well as the broad arrow hour hand and applied vintage Omega logo and typography, also used on the first CK2915 models.

A lovely heritage-laden edition bearing the heft of luxury, the Speedmaster Calibre 321 in Canopus Gold doesn’t come cheap. That said, even at S$118,750 a pop, there will be more than a few collectors speed dialling their ADs for a piece of the action. But if this beauty proves a bit out of reach for you, rest assured that we are only at the start of the year and we are pretty certain there will be more Speedy options for your consideration. 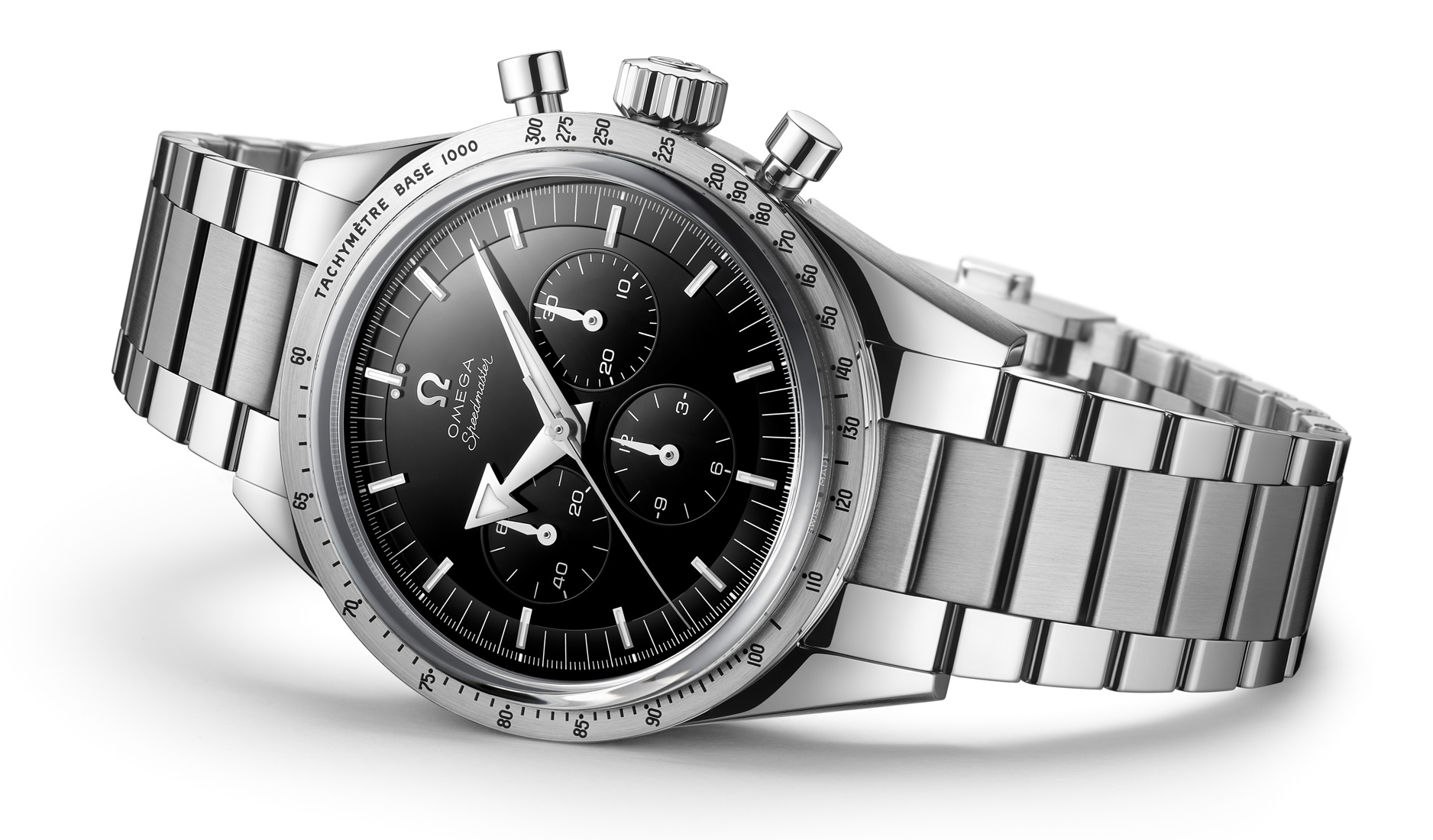