Omega’s take on War and Peace.

As far as vintage reissues (or ‘heritage’ pieces, or ‘retro-inspired’ watches) go, we’ve just about overdosed on them in recent years. But the thing about these throwback timepieces is that they’re like a dessert buffet. You’ve stuffed yourself silly with the assortment of cakes but when you see that decadent éclair, you tell yourself you can have one more because it just looks so good.

And that’s exactly the case here with Omega’s Seamaster 1948 Limited Edition. We’ve had our fill of heritage watches but this one looks promising enough to make us forget vintage fatigue and pay close attention.

Firstly, it has all the trappings of a perfect reissue—vintage logo, dials that adhere to the original, and a good backstory. In WWII, Omega delivered over 110,000 timepieces to the British Ministry of Defence (MoD), winning praise from airmen and sailors for the watches’ robust water-resistance and reliability. After the war, Omega responded to a call for similar timepieces that could be adapted to modern civilian life, and the Seamaster was born.

Introduced in 1948 as Omega’s first collection (hence the celebration of its 70th anniversary this year), the Seamaster was equipped with O-ring gasket technology that lent it even greater water-resistance than the ones used by the MoD. Two watches were launched—one with small seconds (below) and one with a basic three-hand dial. 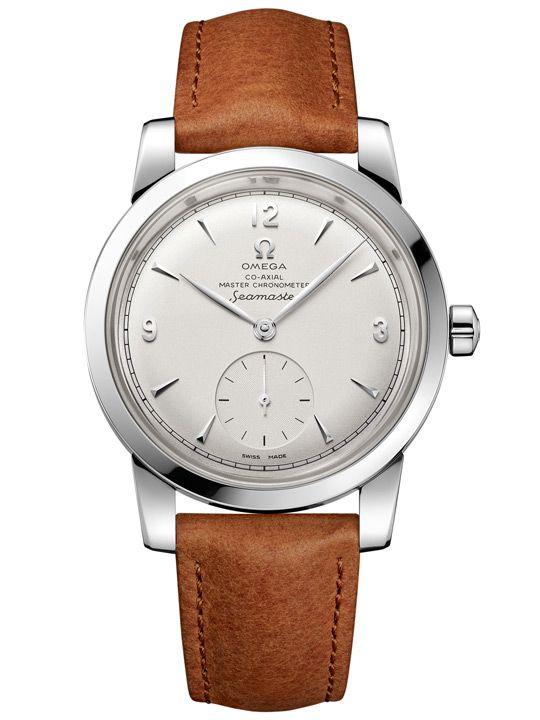 This year’s Seamaster 1948 Limited Edition timepieces may look identical to the originals, but they are powered with modern technology. Both are Master Chronometer-certified, thanks to the Calibre 8804 for the Small Seconds version and the Calibre 8806 for the Central Second model. There is also an improved gasket for better water-resistance.

On the outside, both watches come in a stainless steel case with polished bezel and crown, and opaline silvery domed dial, ever so slightly reminiscent of the brand’s famous ‘pie pan’ Constellation dials from the 1960s. Domed leaf hands adorn the Small Seconds version while the Central Second piece (below) features dauphine hands with white Super-LumiNova. 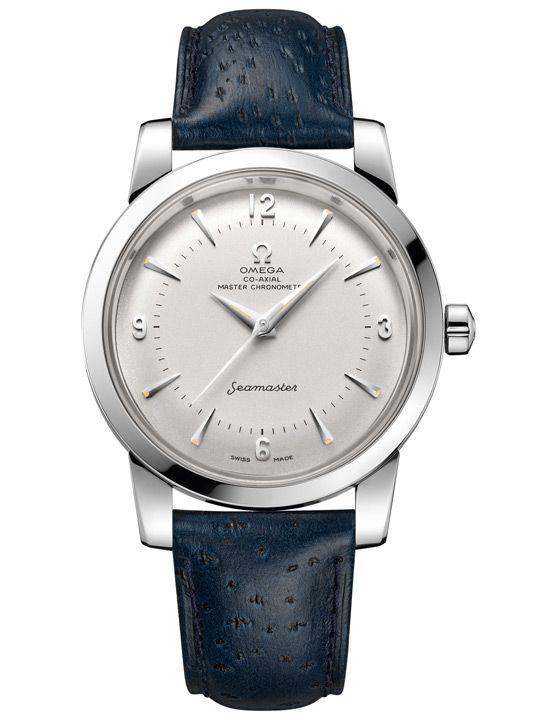 While the dials are beautiful and faithful to the original, we can’t get enough of the caseback. Seamasters tend to feature a closed caseback decorated with a seahorse emblem which, although nice, wouldn’t elicit much of a response. However, the 1948 Limited Edition wows with a sapphire crystal caseback allowing you an unobstructed look at the movement. 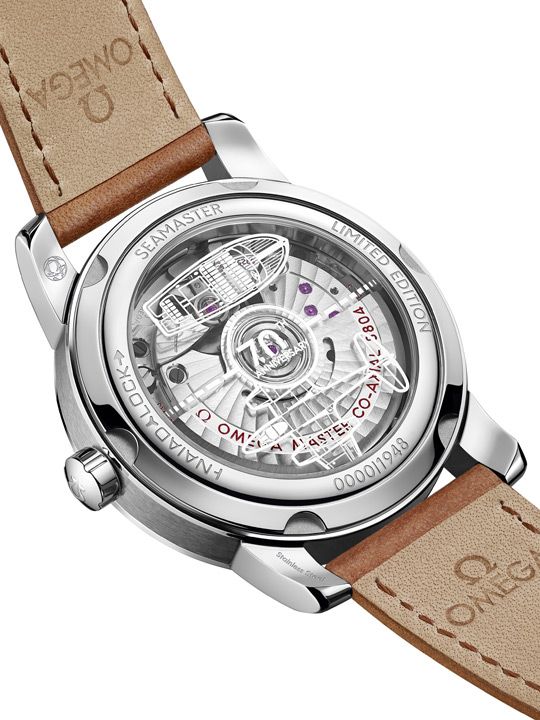 In addition, the crystal caseback is laser-engraved and hand-lacquered with the collection’s 70th anniversary logo, a Chris-Craft boat and a Gloster Meteor airplane. Chris-Craft is known for their luxury boats with beautiful wooden decks—a feature the Seamaster Aqua Terra often references (more on the latest Aqua Terra World Timer here), while the Gloster Meteor plane is a nod to the first jets used by the RAF.

Both watches come in their own brown leather presentation box with a magnetic base that keeps the watch in place. Also included are a leather strap and a NATO strap in the original Admiralty grey hue, together with a strap changing tool. Each watch is limited to 1,948 pieces.

When it comes to throwback credentials, there’s no doubting these watches, but it also helps that they look good on the wrist and are a very comfortable 38mm, making them super versatile and unisex. If you’re looking for a tribute piece to add to your collection, let this be your dessert buffet pick.