Looks like Omega has done it again! As expected, the brand dropped its new #SpeedyTuesday model online at 6pm Singapore time on 10 July with a limited edition of just 2,012 pieces at S$9,180 each.

The Omega Speedmaster Limited Edition 42mm ‘Ultraman’ is a nod to the famous Japanese sci-fi superhero of the same name as well as the 1967 ‘Moonwatch’ with its distinctive orange seconds hand. The bright hue caught the eyes of the production team behind the fourth Ultraman series, Return of Ultraman, matching the orange suits of the heroic Monster Attack Team.

Apart from retaining the orange seconds hand, the new ‘Ultraman’ also bears a black and orange bezel in anodized aluminium.

Quirky aspects of the new watch include a minute sub-dial at three o’clock with the first three minutes marked in orange—a reference to Ultraman’s ability to stay in superhero mode for just three minutes.

Over on the seconds sub-dial at nine o’clock, you’ll see the outline of Ultraman’s profile with a hidden silhouette revealed with a special UV lamp included in the strap changer (which looks like Ultraman’s Beta Capsule, above). 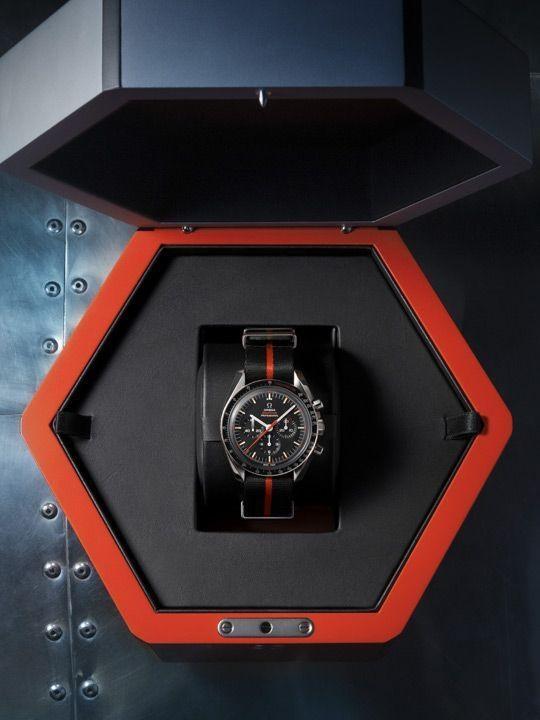 The watch comes with a black and orange NATO strap and a spare black leather strap. The whole package is presented in a hexagonal box (above) that hat-doffs the futuristic table Ultraman’s Monster Attack Team uses.

We tried getting our hands on one and within 15 minutes, all the numbers were allocated (see below), proving once again the immense popularity of Omega’s super #SpeedyTuesday drops.

Did you manage to secure one? Let us know in the comments!