Written by Curatedition on 19 November 2021. in Omega Articles.

For Victoria, an award-winning writer and TV host, necessity certainly became the mother of invention. She admits that from the early days, when she was just starting out in her career in food journalism, getting the job done well was what forced her to come out of her shell in order “to initiate the right conversations” because, truth be told, though she may like “being out there doing things, I’m actually not inherently very social,” being a “solo sport kind of gal, preferring to focus on absorbing the atmosphere or the experience,” she says. 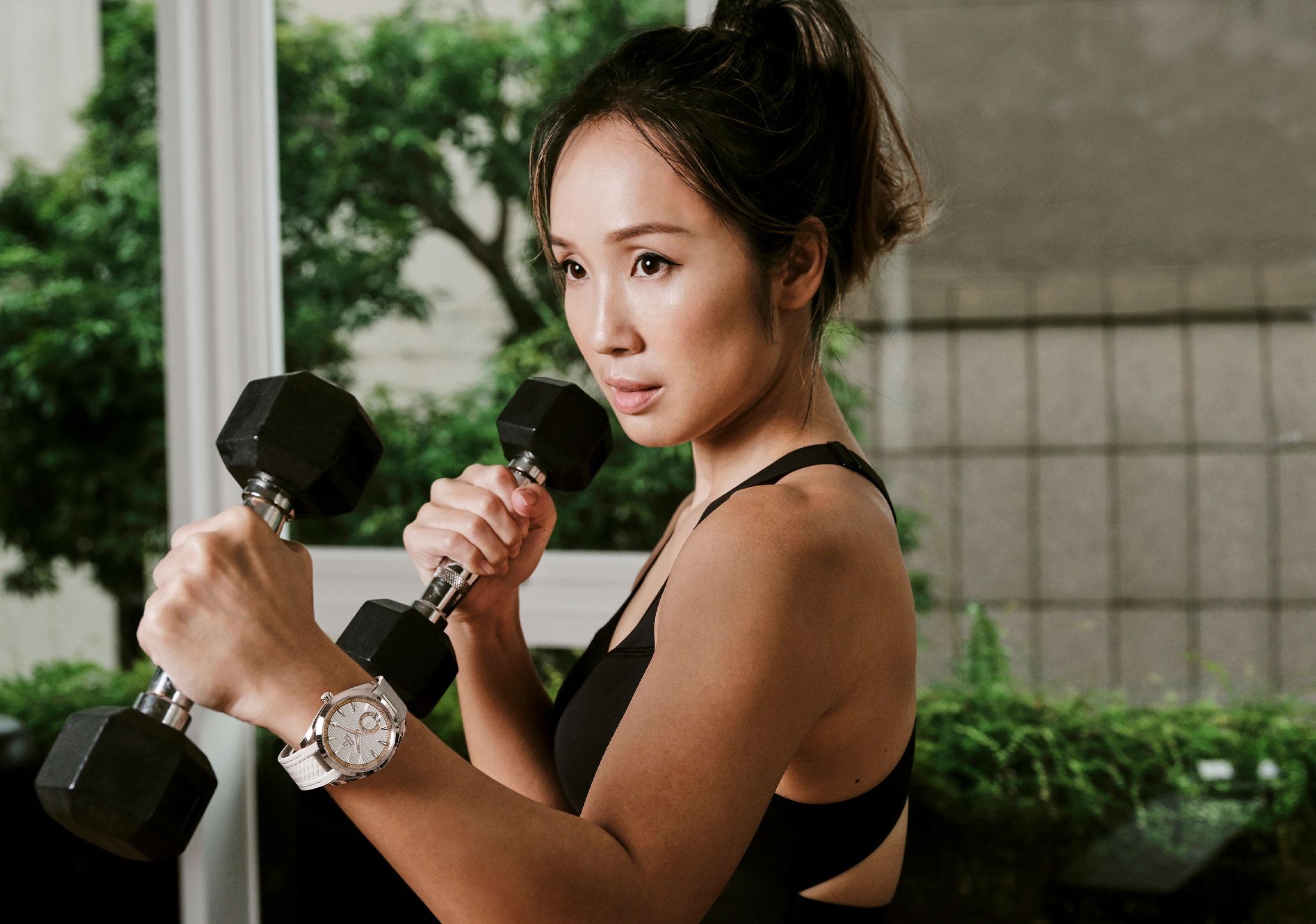 Victoria’s social nature was also coaxed out of hiding through her innate passion for problem solving and improving things in various situations, whether it’s a family member or a friend telling her about a challenge they’re facing. “My mind immediately goes down a path of wanting to help them find a solution, or how to upgrade and make it even better,” shares the founder of tech and geek portal SupNerdTV.

She has also been affectionately teased for being a do-er and a tomboy. Jade Seah, who is an acquaintance jokes about Victoria’s ‘dude’ ways. “When I asked her why she thinks I’m a next-level tomboy, she told me it’s because girls don’t need to do something when they meet up, they can just sit and have a conversation. ‘You’re always planning something to do, an activity for meeting up’ she said. It made me laugh, because I hadn’t realised that it wasn’t normal to plan an activity for a meet-up. I find it very strange to just meet up for no reason. Maybe because I have 4 younger siblings and we always had things to do together, and it was always an experience.”

Many Passions, One Purpose
Victoria’s wide-ranging interests and her involvement in such varied pursuits as food, fitness and electronic and extreme sports stem from a curiosity and an open-mindedness that’s both natural and nurtured.

The intrepid multipotentialite, who is also digital marketer, content creator and events producer says, “I was always like this. In school, I was part of countless clubs and founded some myself. My mother always emphasised the importance of curiosity and open-mindedness (my Chinese name actually has this character in it), the sense of adventure. One of my mother’s all-time favourite fictional characters is Indiana Jones. We’ve re-watched all the movie instalments so many times. But what really impressed us was how MUCH he knew, how important it was to know how things work (my mother’s favourite question to ask, to the point it can even get annoying for a daughter is ‘but why?’) and of course always for the spirit of adventure. Being open-minded helps develop empathy and thus compassion. I think what is critical too is just not caring what other people think. I just pursue whatever I have an interest in.”

Her mum may have inspired her to be curious, but her father was about education and deeper learning, about building a future and a legacy. “Despite his stubbornness to succeed as an entrepreneur, he ultimately always gave back to initiatives that supported education. Knowledge is power, but boy… there are SO many things in life to learn about. It’s a never-ending process!” quips in mock horror, the Taekwondo 2nd Dan Black Belt holder, with 20-plus years of competitive practice. 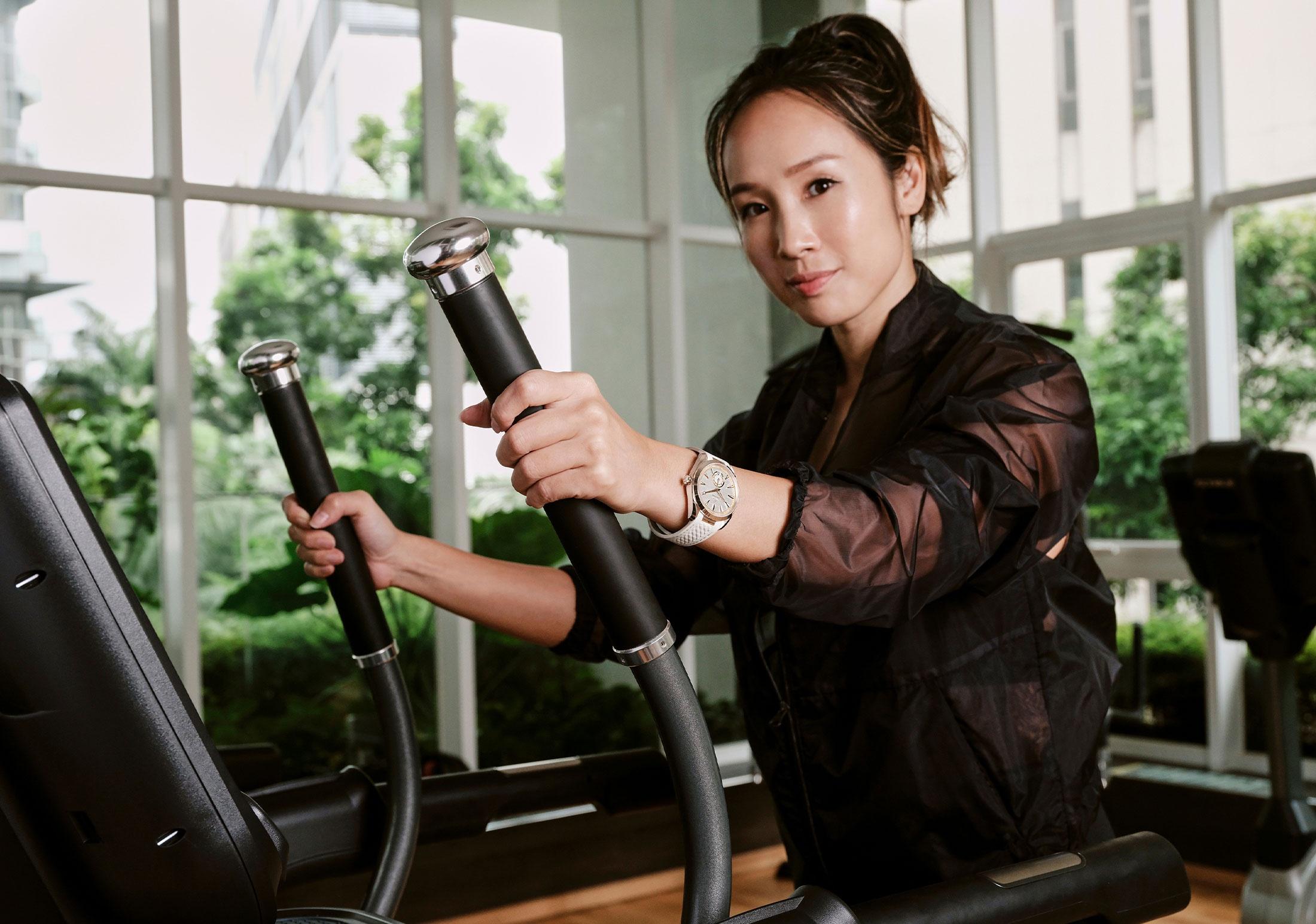 With so many hats to wear and goals to tick off, Victoria, who also competes in Ballroom Dancesport, archery and freediving, has astutely carved out different decades for achieving different things.

The StillBoxing teacher, ardent supporter of marine sustainability and ambassador for Adidas #RunForTheOceans shares her open secret plan of action: “Some people (and I deeply respect this) spend their entire lives specialising in one craft, and become an ultimate grandmaster by the time they’re in their 60s. But with so many varied interests and things to discover, I have organised my goals in decades.

“Childhood set the stage, thanks to my parents throwing me into all sorts of activities and allowing me various experiences. I have 4 younger brothers, so I imagine part of it was just to get us out of our mum’s hair. Video games, sports, water activities like swimming, sailing, travel, science camps, creative writing development classes. Teen years were about being heavily involved with sports, especially gymnastics, ballroom dance, and taekwondo; tons of extracurricular activities. I also took on 4 different language courses.

“My 20s were my F&B and culinary decade, as a restaurateur, a writer, host, editor, marketer. My 30s have been a transition heavily steeped in media - writing, producing, directing, content creation – and fitness. My 40s are around the corner, and I can tell you I’m geared up for that transition into esports, gaming, entrepreneurship, and on the side, marine ecology and sustainability.

“Even my father got fed up with my dozens of interests, and I think at one point in my 20s, he doubted me. To him, and perhaps others, I was one of those people who’d just pick up a new hobby and dump it after a month. What’s nice is that he does respect my choices now, that I do pursue my interests fully. And the variation of skills has come in rather handy in a world that has changed a lot as it became more connected globally. It’s made me incredibly adaptable.” 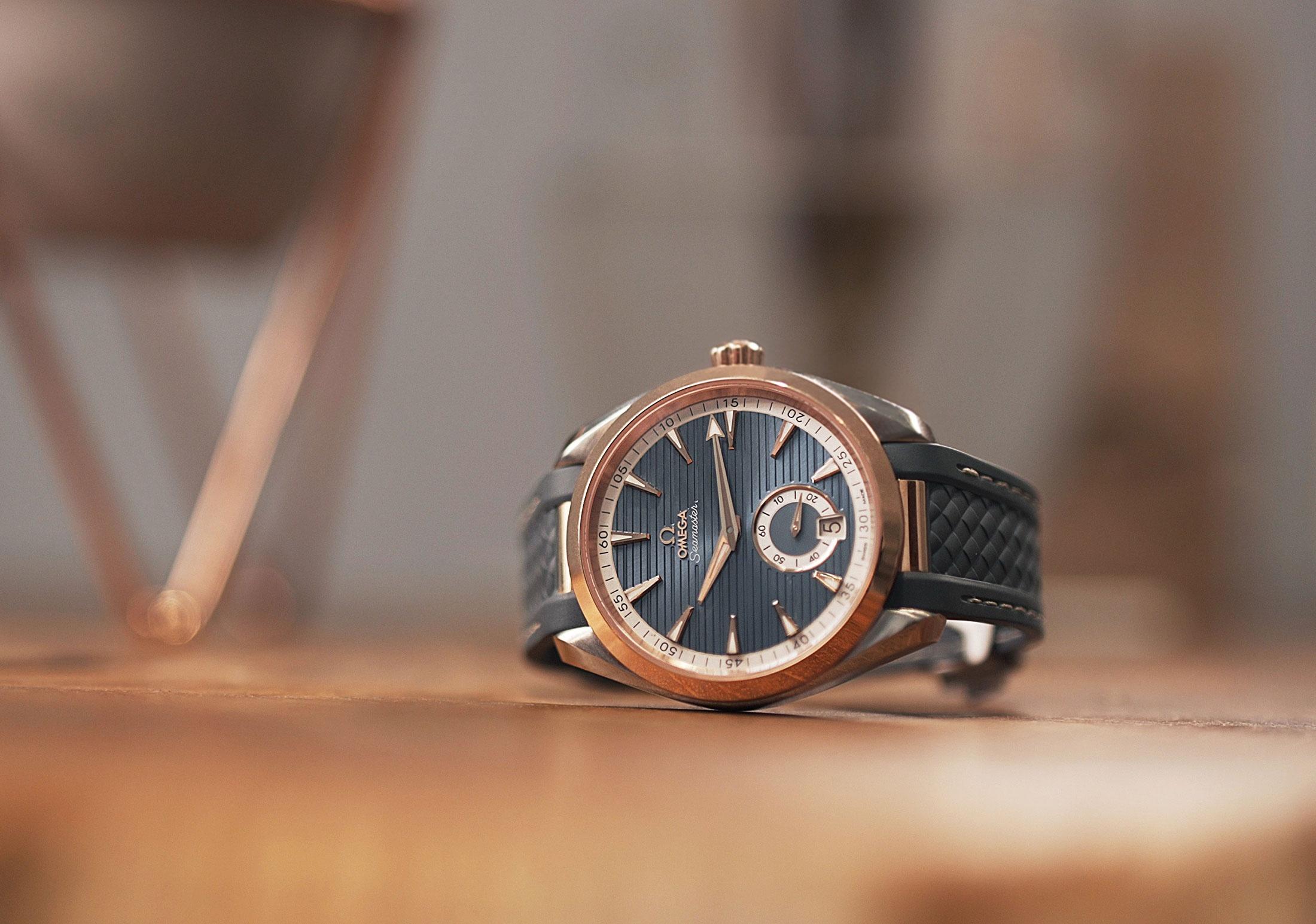 Time-Warp Hacks
As it is unspoken that Victoria does what she loves and therefore loves what she does, for her it’s never a matter of finding the time to do what she wants, since she’s never not doing that. But her top 3 things to spend time on remain freediving, which “comes from a lifelong passion for marine ecology, and simply being in the water. I’m desperately trying to find time to study this field too, because long-term, this is where I want to give back in a meaningful way”; one of a slew of solo sports she enjoys, such as archery, martial arts, boxing, diving, snow-, surf-, wake- or skate-boarding; as well as anything that’s a creative outlet, so she “never lets the inner child die.”

Even so, admittedly, “There’s never enough time! Which is probably why I have a reputation for bad punctuality. I try to squeeze too much in every day.
But I’ve been working on this, and for the sake of punctuality and also for my mental and physical health, I understand that I need to pick and choose how to spend my time. So, I have a number of goals I still want to achieve, but I roughly map out what I want to achieve that particular decade.

“I spoke to my brother recently asking for advice on this actually. Carving out that extra bit of 5 to 10 mins to myself every mid-day for an uninterrupted meditation or breathing session. And forcing myself to prioritise what I want to achieve in whatever time frame. I simply cannot do it all, and I don’t have the energy of a 20-year-old to pull it all off anymore. It’s important to make sure you aren’t spread too thin or else it affects the quality of all your projects and experiences,” she concedes. 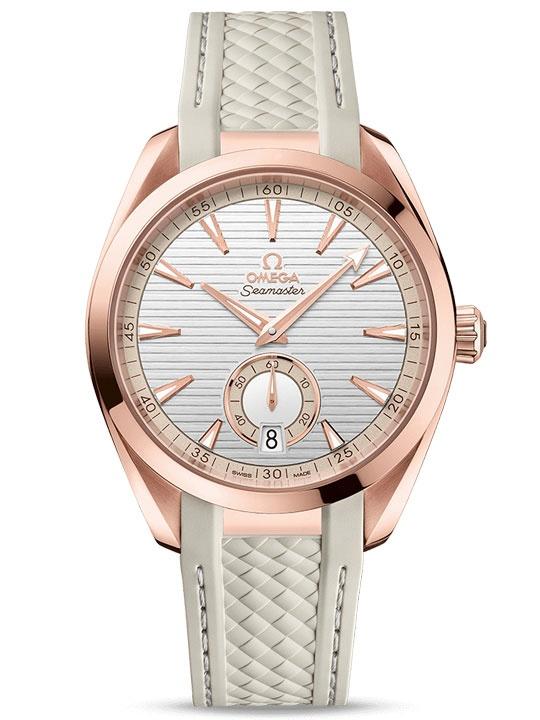 Survival Instincts
The pandemic years have been challenging for many people, but the content producer, writer and presenter for Gastronomy Pte Ltd is grateful that she has been rather blessed.

“I think my varied interests kept me afloat and able to explore things,” though things weren’t always plain-sailing for the Director of Programmes for Dale Chihuly: Glass in Bloom, who adds that “when I started freelancing as a writer, I was living here alone – I had no family in Singapore. I was an expat on a freelance writer’s pay. I lived paycheck to paycheck (many of which were extremely late), and there were instances where I had $0 in my account. Add to the pain, a relationship that still stands as the all-time worst dating experience for me. I became a husk, a shell of what I once was. It was the first time in my life I lost confidence in myself, lost my natural grit, my I-can-fix-this-and-make-it-better optimism and goal-setting, or really any stubborn zest for life.”

As the usually undeterred Victoria was hitting rock bottom, she started journaling lessons learned and how she felt about them. She sought advice from her mother, who reminded her about self-respect and values. She wrote everything down. “I keep it to this day, and flip back to it whenever there are doubts in my mind. Your lowest points, or any point where you feel a sense of failure or being challenged, or maybe that you were screwed over and life can be unkind. These are the greatest opportunities to grow. It’s taught me that tough times really push us to be better. It’s up to us whether or not we learn from these lessons.”

Present Future
In coping with the new normal, Victoria also found that it was an excellent time to experiment and try new things. 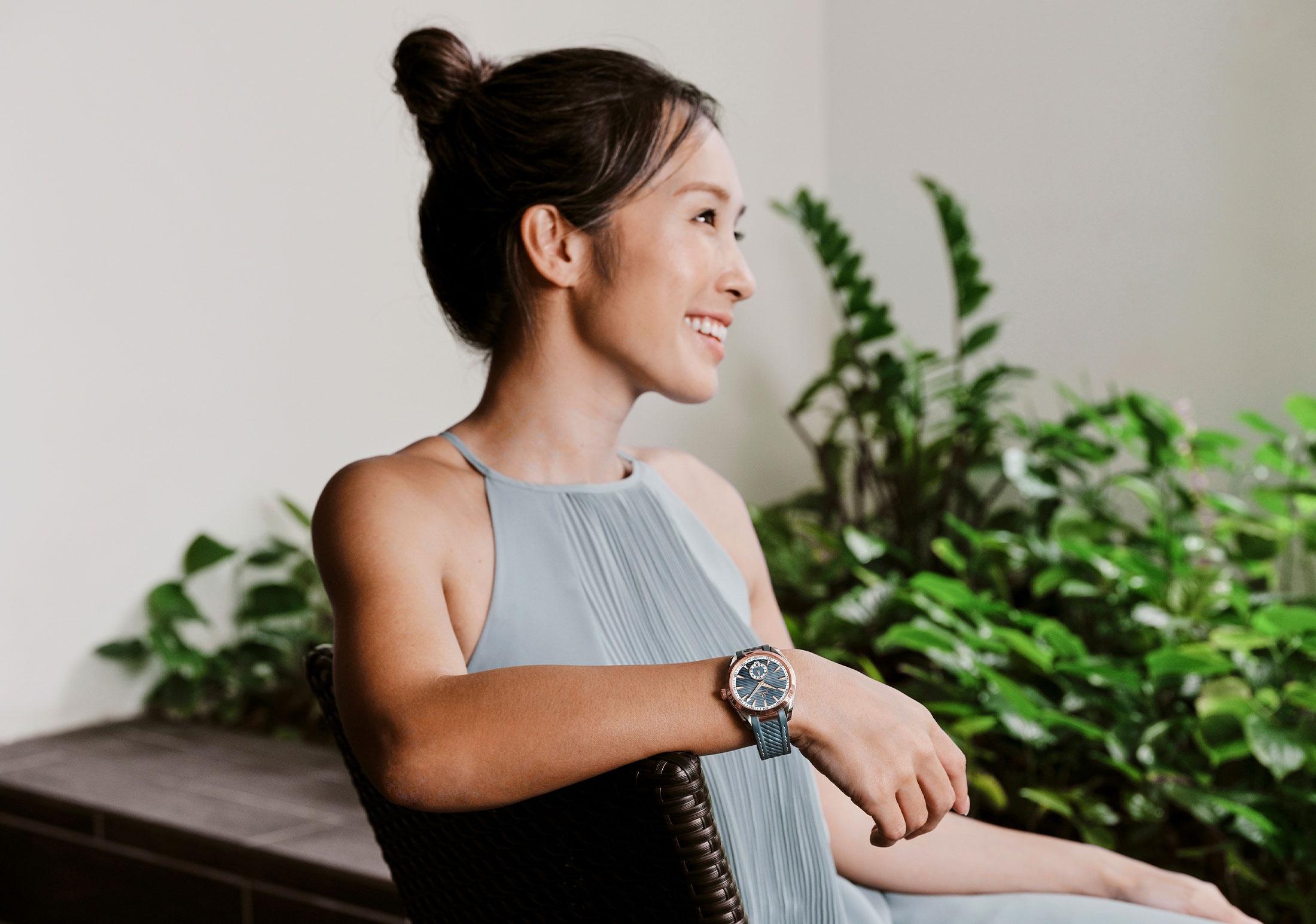 “With the whole world on lockdown (especially during CB), and no distractions like traveling or even being able to go out to do your daily errands, I ended up returning to an old love: gaming, and I also explored where I’d always been meaning to, like streaming.

“I was invited to be the Founder and CEO of an exciting gaming tech startup platform. I’m also involved with the creative production of the world’s first Global Esports Federation festival event happening in Singapore. So many things, so little time, though I’ve always believed that when every second matters, don’t wait to try something new,” says the well-rounded Victoria, full of head- and heart-ware, candidly.