Everything To Know About Omega’s New 2022 Models

A fancy new material, lots of colours and surprising Speedmaster and Seamaster updates.

Omega fans didn’t have to wait too long for their new drops this year. Hot on the heels of Hublot, Bvlgari and Zenith, which teased with new models at the LVMH Watch Week earlier in February, and slipping ahead of the anticipated Watches And Wonders 2022 watch fair end-March, Omega has just released its line-up of new models for 2022 – and what an assortment it is.

There are lots to unpack and, suffice to say, there is something for watch fans of all persuasions, from Omega aficionados to women who desire a touch of glamour. We will go deep with specific models in coming posts but, for now, here is a quick primer to get you up to speed with all the important highlights from Omega for 2022.

BEAST MODE ‘ON’ FOR THE SEAMASTER 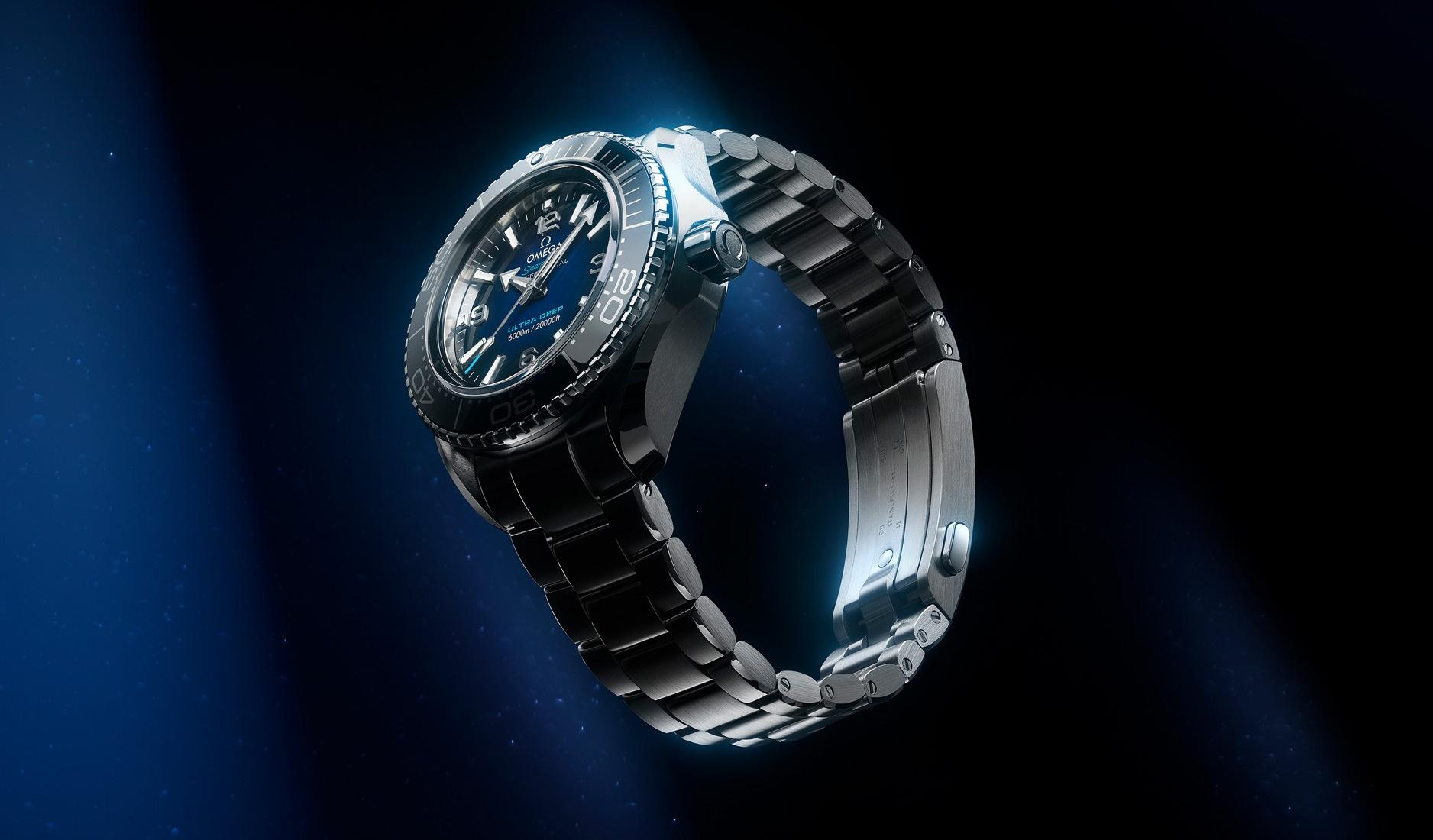 When it first appeared in 2019, the Seamaster Planet Ocean Ultra Deep Professional seemed like a novel, albeit, groundbreaking dive watch. The timepiece was strapped to a submersible vessel that descended to the bottom of the Mariana Trench in a collaboration with the Planet Ocean project. Reaching a depth of 10,935m, the Ultra Deep concept watch earned the world record as the world’s deepest diving watch. 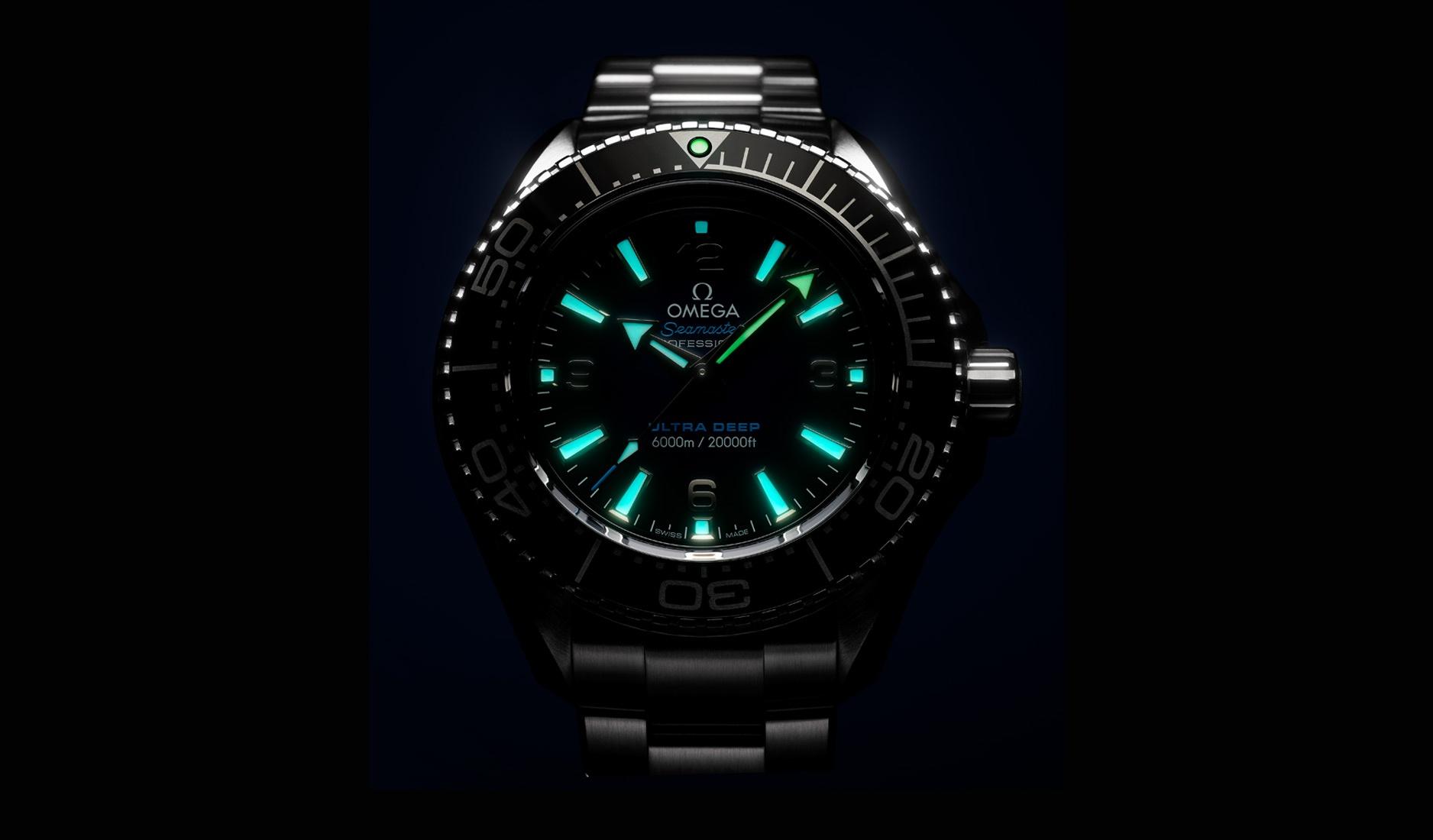 Fast forward to 2022. Omega has distilled all the cutting-edge, submarine-hewn technologies and innovations from the epochal Ultra Deep of 2019 into the new Seamaster Planet Ocean Ultra Deep collection. The new Ultra Deep watches are water-resistant to a still-staggering 6,000m, and feature numerous patent-pending technologies and designs from the original such as the ‘manta lugs’ for added security and sapphire dial with a conical load-bearing profile. 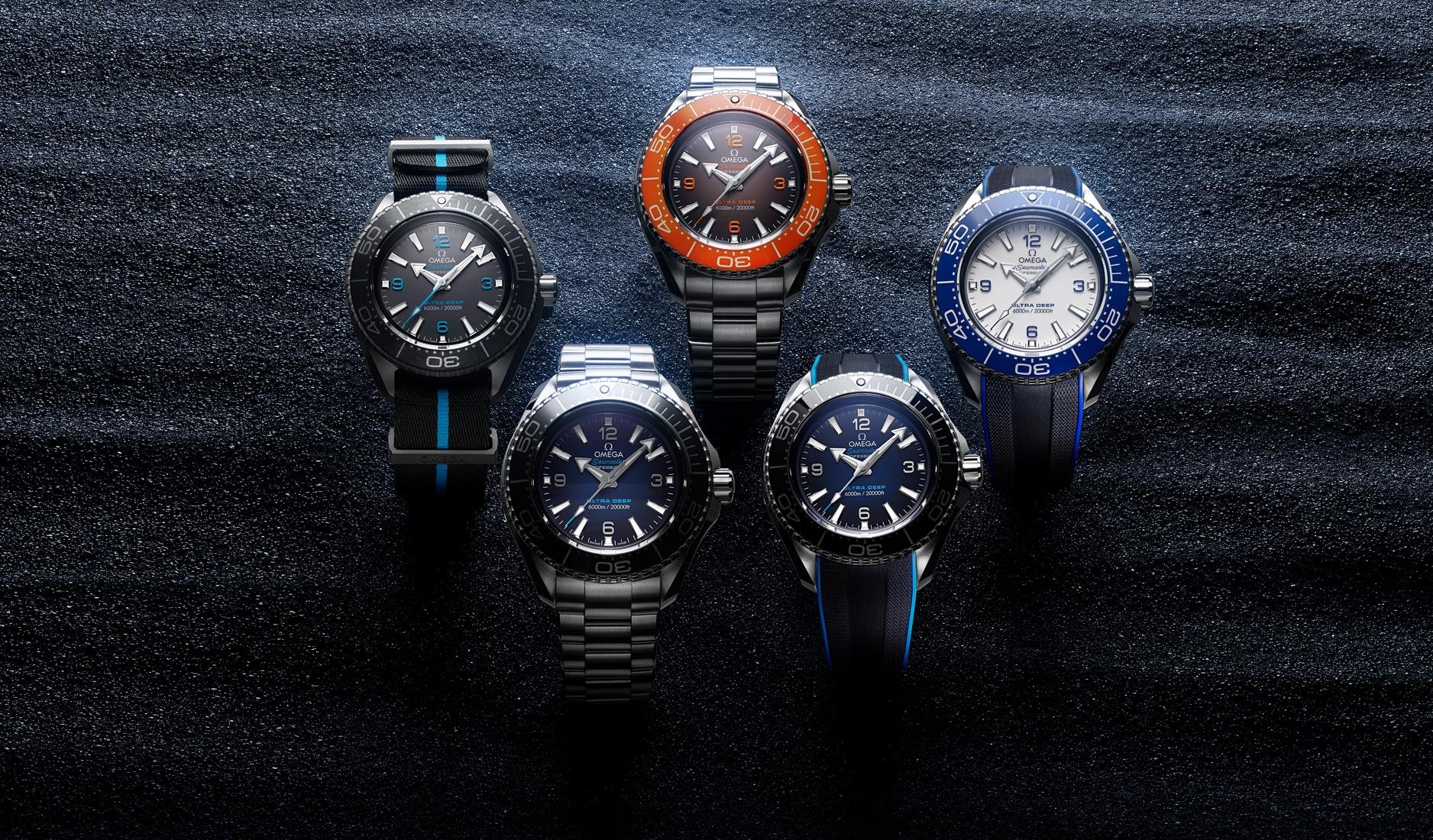 Certified to ISO 6425 standard for saturation divers’ watches by Switzerland’s independent testing body METAS – a first for the watch industry – the new Seamaster Ultra Deep comes in 45.5mm cases in grade 5 titanium, as well as six references housed in Omega’s new proprietary steel alloy, O-megasteel, loaded with properties that contribute to the watch’s water resistance requirements, and is ostensibly more corrosion-resistant, robust and looks more pristine than regular stainless steel. All watches in this collection are certified Master Chronometers and powered by the Co-Axial Master Chronometer Calibre 8912.

RETURN OF THE SPEEDMASTER ‘57 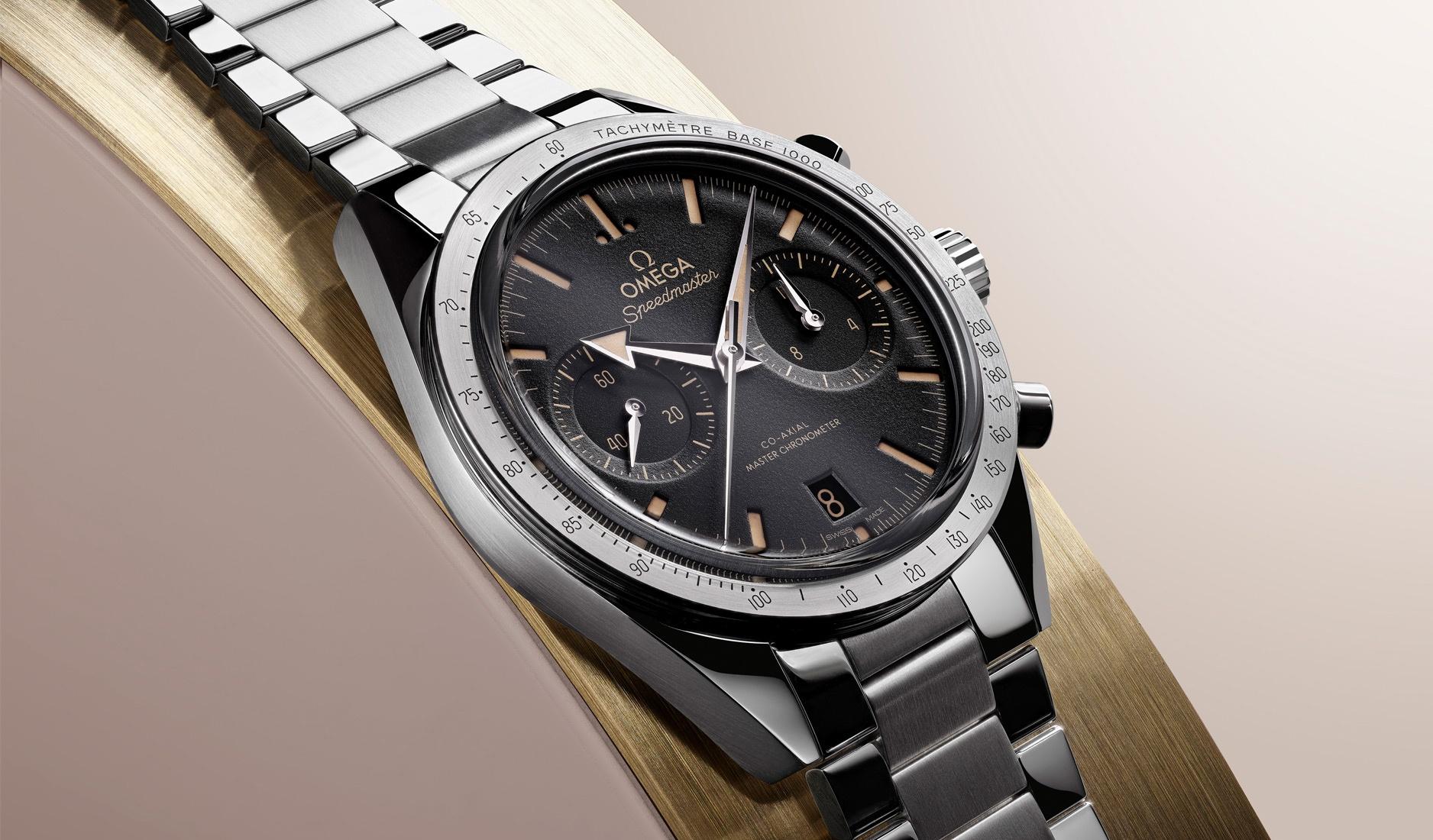 It has been a long road for the Speedmaster ’57. The collection that premiered in 2013 paid homage to the original Speedmaster Ref. 2915 from 1957 while super-charging it with a powerhouse movement in the Co-Axial Calibre 9300 – the first of Omega’s in-house Co-Axial calibres to incorporate a chronograph. The design was tweaked in 2015 to include the vintage model’s broad arrow hand, as well as a bit of faux patina on the hands and indices to firmly entrench the watch as a fan favourite. 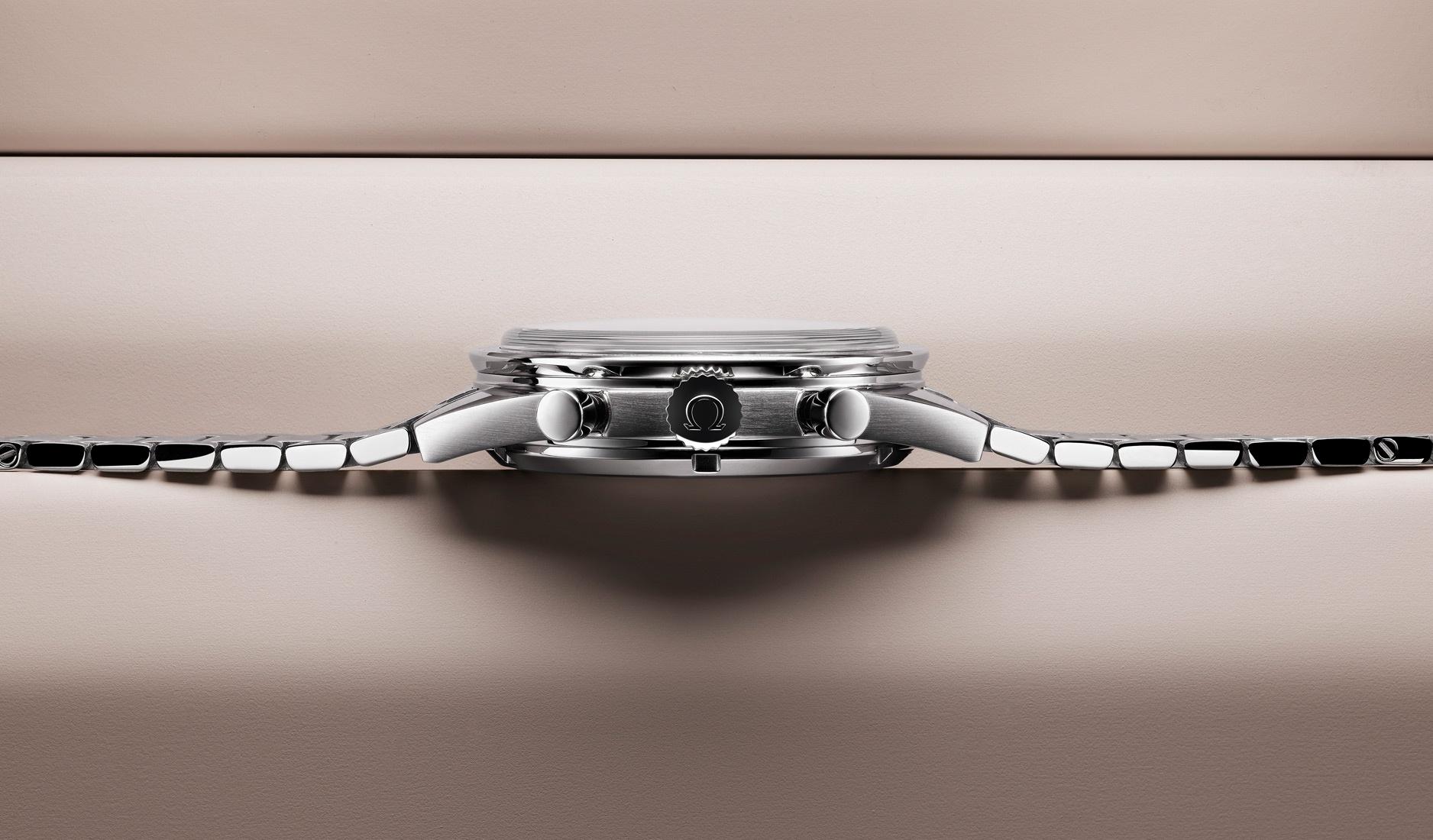 This year, the Speedmaster ’57 turns up looking all svelte and elegant in a 40.5mm case that is just 12.9mm in height – even slimmer than the Speedmaster Moonwatch 3861 which is 13.58mm thick. This is thanks to the new hand-wound movement, the Co-Axial Master Chronometer Calibre 9906, that drives the new models. Though thinner, which allows for a more streamlined profile on the watches, the METAS-certified hand-wound chronograph movement still packs a punch, armed with signature Master Chronometer features such as magnetic resistance to 15,000 gauss and 60-hour power reserve. 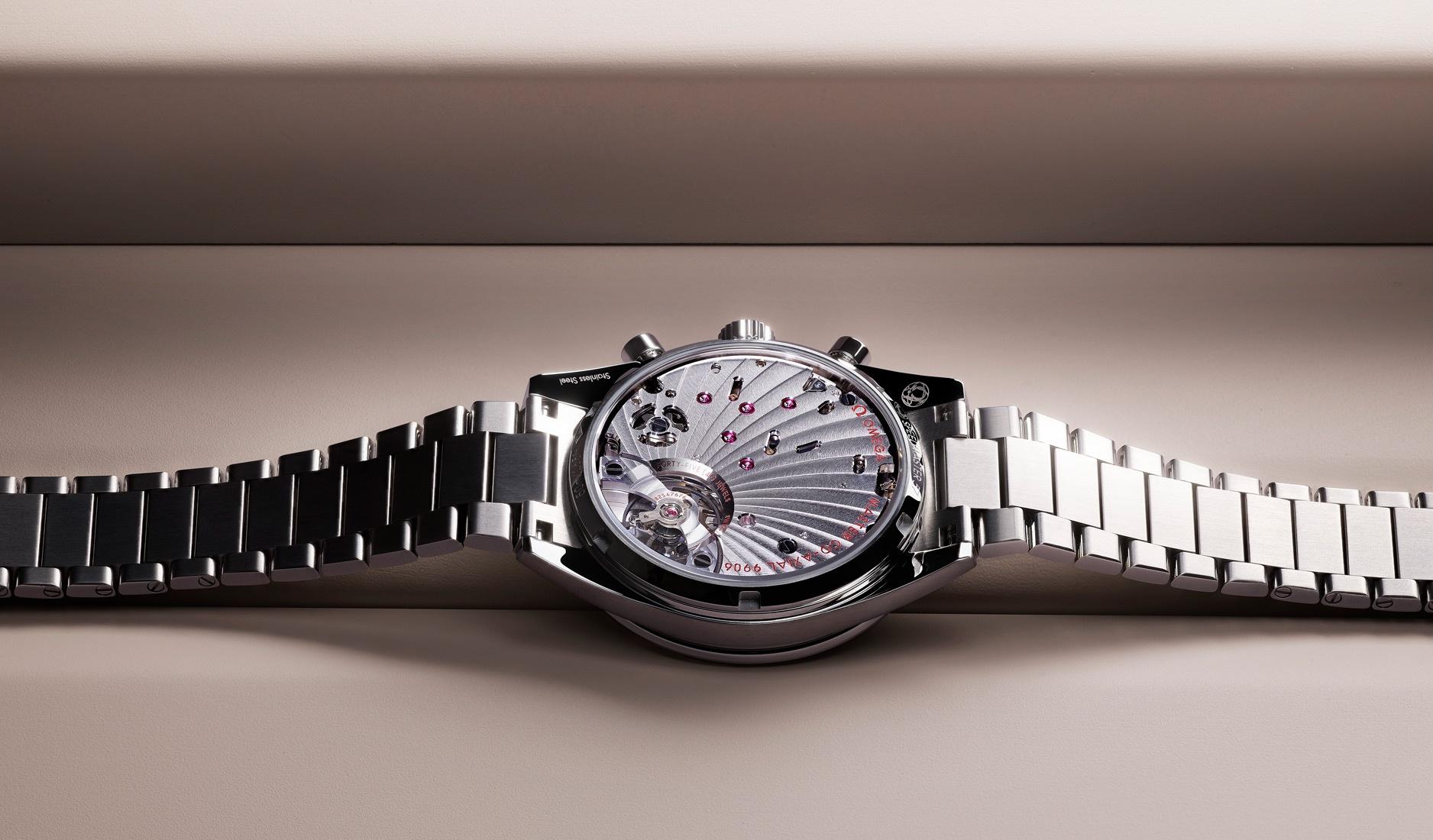 The new Speedmaster ’57 line-up comprises six stainless steel models, including one with ‘sandwich’ black dial and hands filled with a ‘faded’ Super-LumiNova hue to evoke the vintage model, as well as a range of sun-brushed colour dials that imbue a touch of fun, youth and dynamism into the iconic Speedmaster range.

Speaking of colours, this year’s Omega drops have to be the most colourful in recent memory. The decidedly masculine Seamaster Diver 300M in 42mm goes deep green on its patterned dial and ceramic bezel. 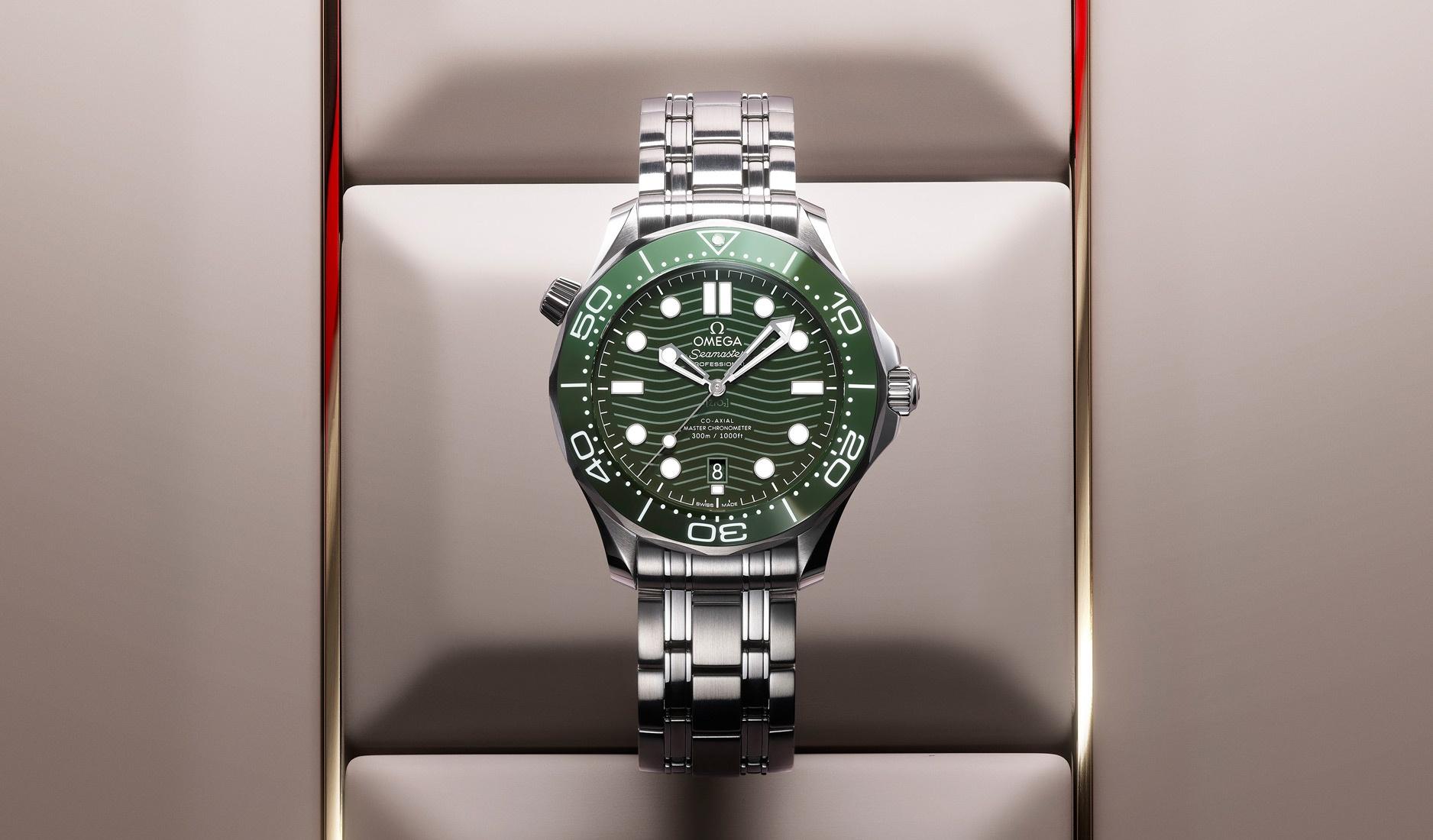 The iconic Speedmaster ‘Moonwatch’, too, gets in on the act with two eye-catching models. Both clad in Omega’s proprietary ‘Moonshine gold’ alloy, one features a ‘moonshine gold’ dial with panda-style black totalisers, and another with green PVD dial and ceramic bezel. 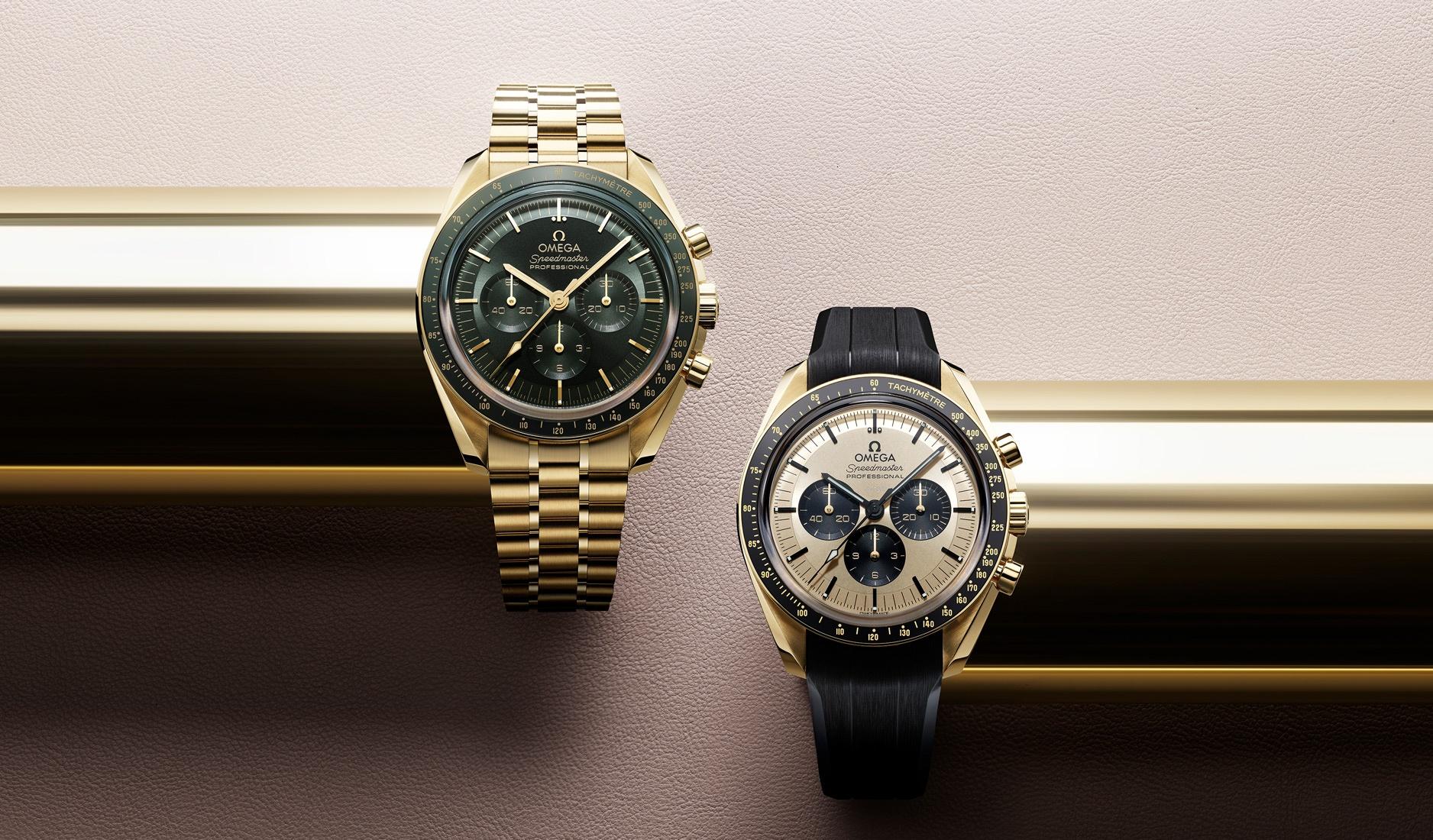 The collections that really went to town, however, are the Seamaster Aqua Terra 150M and the new Constellation models. Shots of sunburst-finished blue, pink, yellow, aubergine and green abound in both collections. 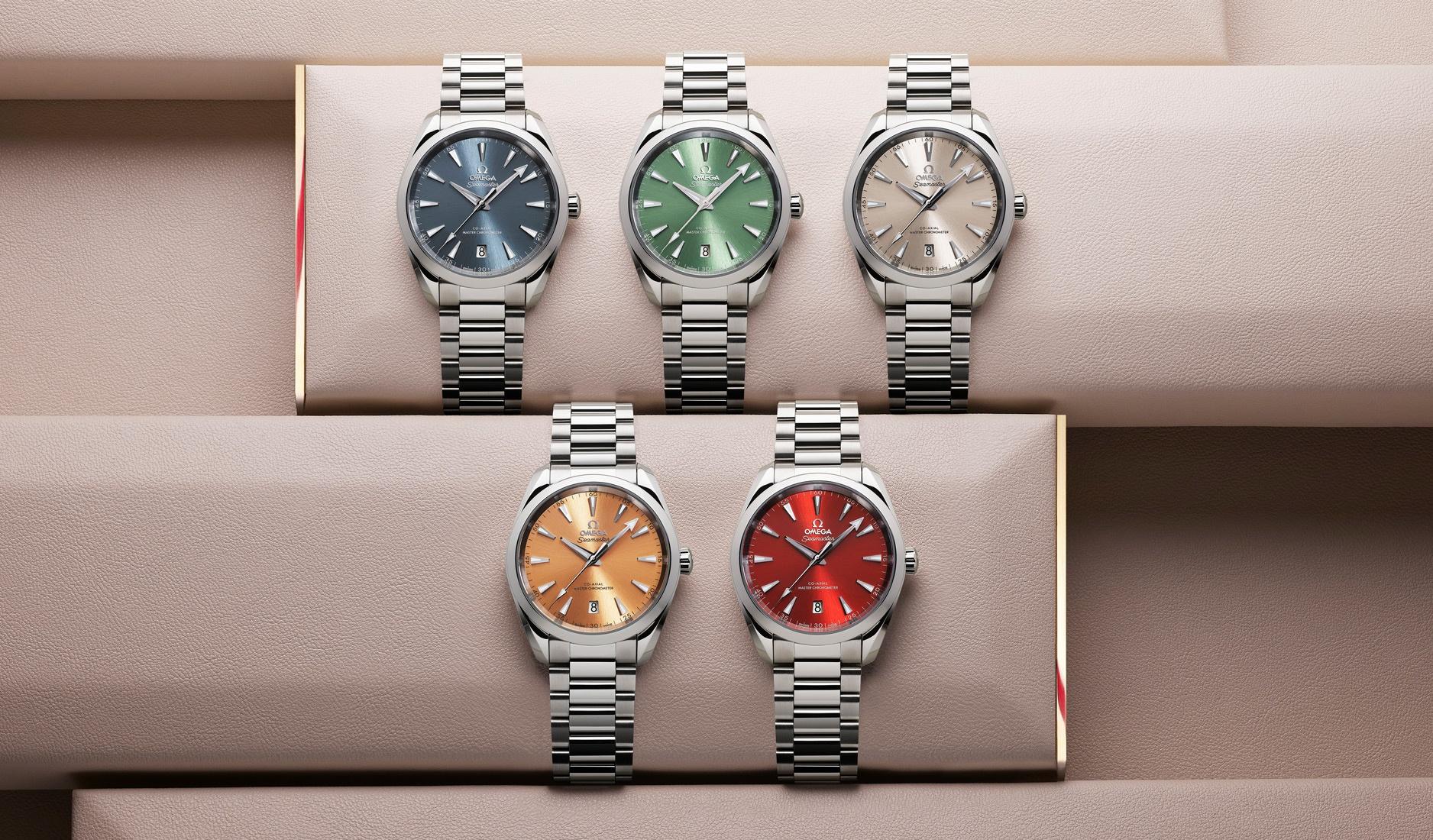 And if you desire something more luxurious, there are the Constellation Aventurine models, housed in 29mm cases made of Omega’s proprietary Sedna gold alloy, framing aventurine dials in mesmerising shades of royal blue, emerald or scarlet. We felt like Judy Garland’s Dorothy stepping into a technicolour Munchkinland in The Wizard of Oz as Omega unveiled collection after collection of vivaciously coloured watches; at first thinking ‘Why?’, but also very quickly after, ‘Why not?’. 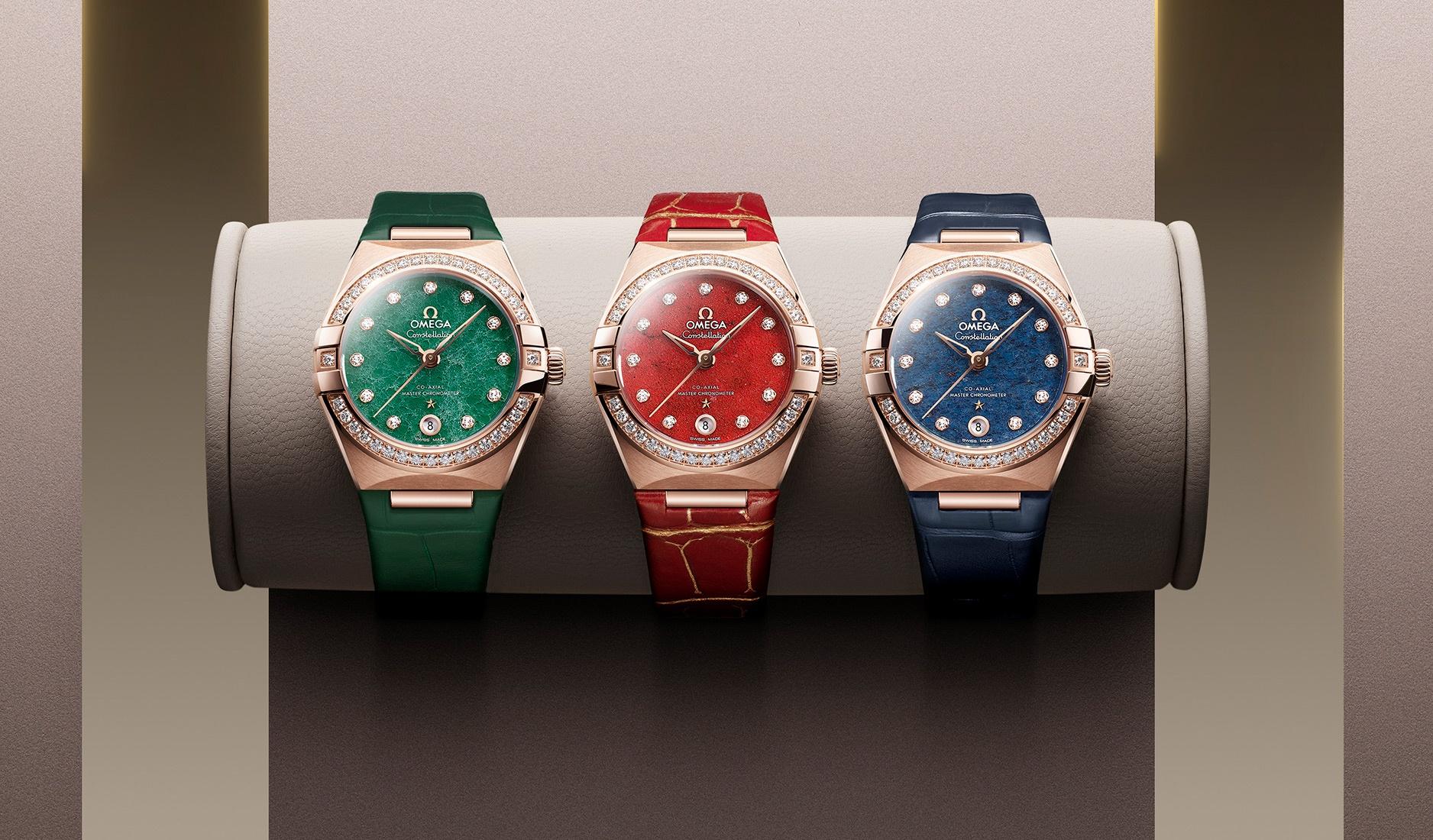