The first truly out-of-the-box offering from the fledging, adventure-inspired brand.

One thing that Jean-Claude Biver desperately wanted Norqain to express ever since he joined the company as an advisor earlier this year was its spirit of disruption. The marketing legend was convinced that, in the category of mid-luxury Swiss marques, Norqain was an authentically disruptive brand: a young and independent four-year brand with comprehensive product offerings and an impressive global retail network that puts its established competitors to shame. 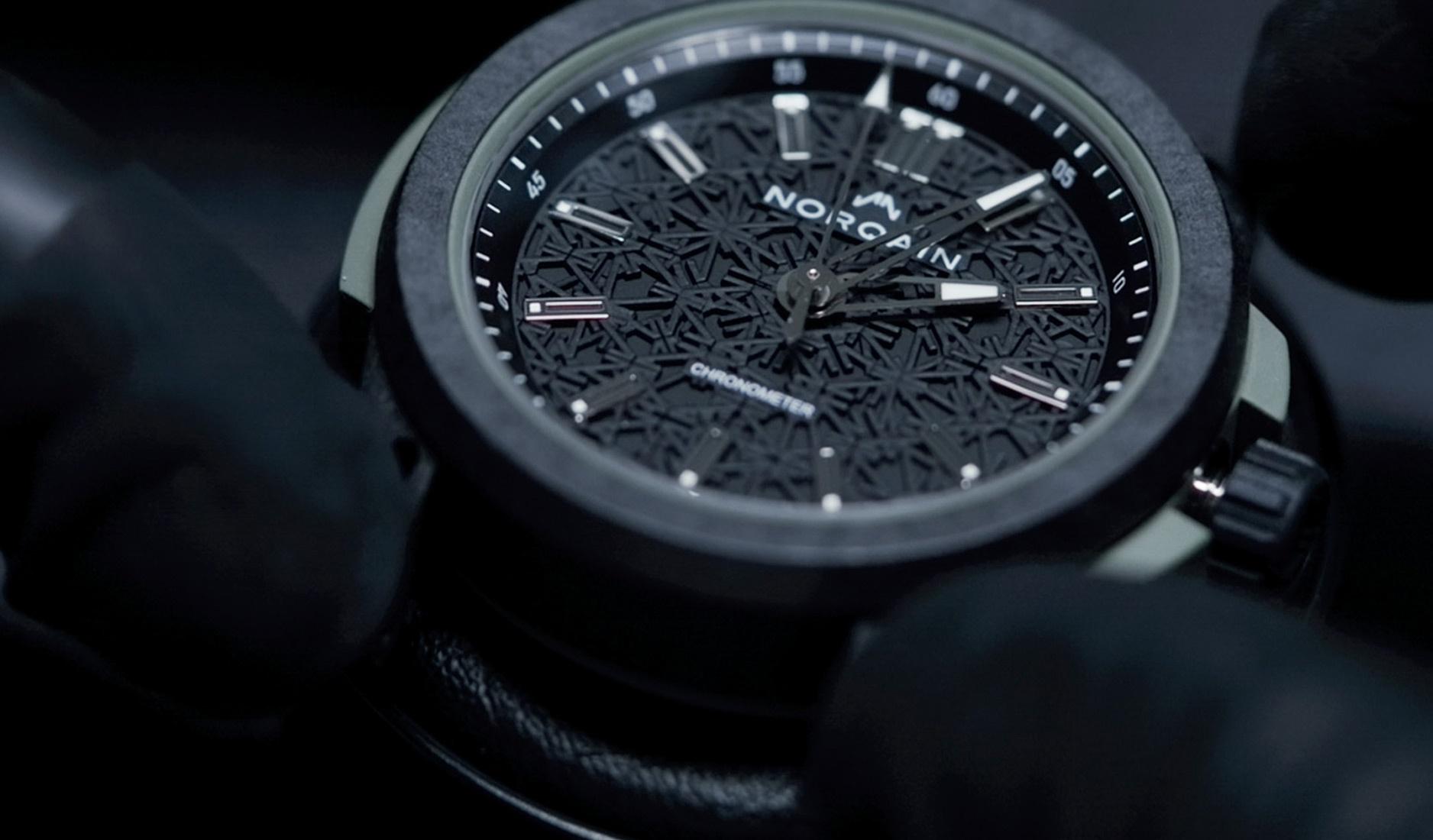 And Biver believed that Norqain needed a watch that could embody this spirit. After a spell of intense brainstorming and product R&D, Norqain now unveils the Independence Wild One, a technically inventive, ethically grounded, and performance-focused sports watch to further sharpen the brand’s distinction.

A step up from the adventure-inspired chronographs, hardy GMT models, and stylish ladies’ watches that have characterised Norqain’s watches thus far, the new Independence Wild One, while still strikingly sportive, bears distinct and innovative traits that set it apart. For one, the watch case is made of a proprietary carbon fibre material called Norteq. Touted to be six times lighter than steel and 3.5 times lighter than titanium (a common characteristic of carbon fibre cases), Norteq pushes the envelope a bit further this time with its ability to be rendered in different colours – a departure from the typical all-black look of regular carbon fibre. 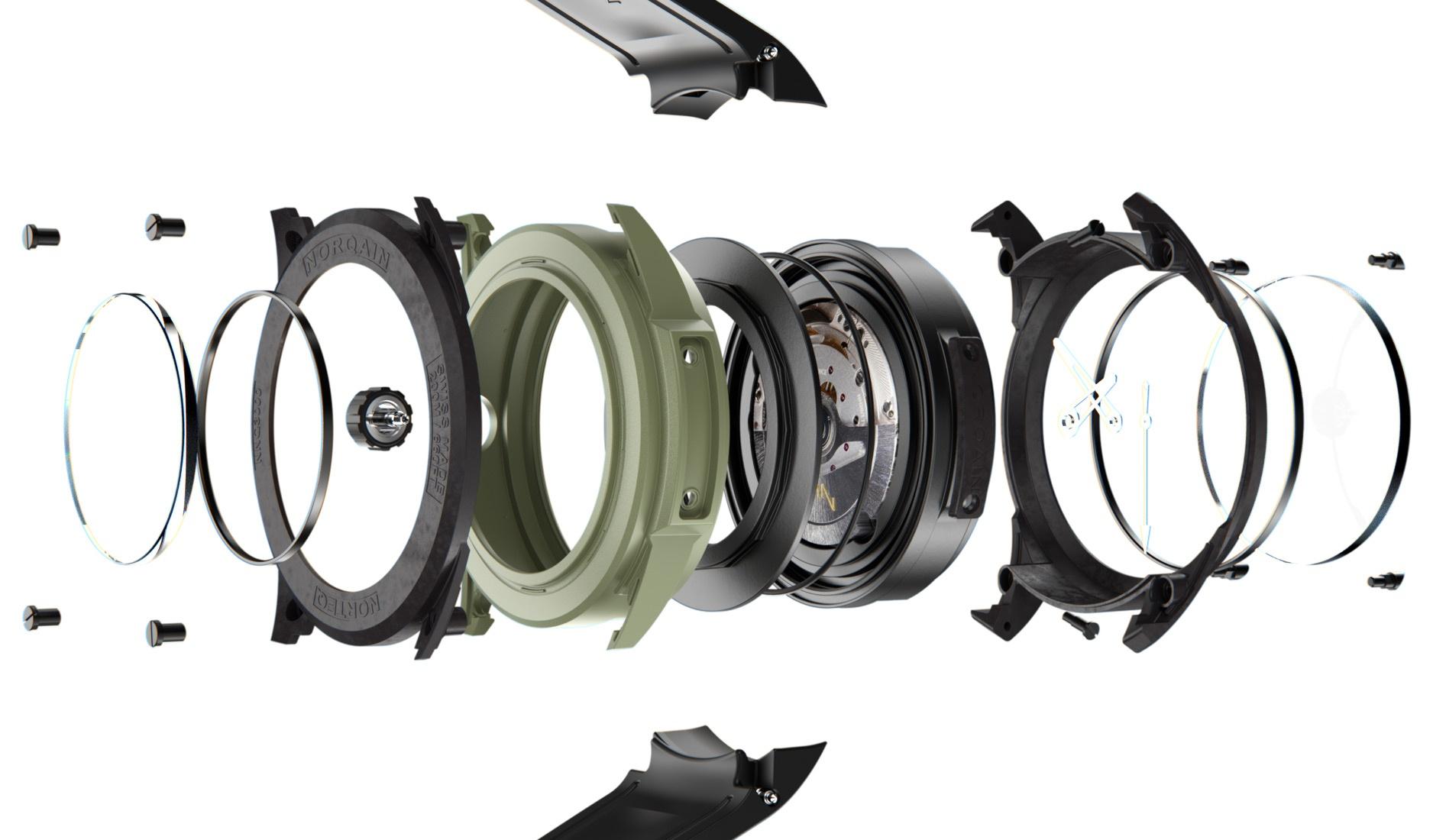 Yet, the Independence Wild One’s ultra-light case belies its toughness. Made of 25 parts, including custom-made screws, shock absorbers, and sapphire crystals, the Norteq case is designed to withstand the elements and hard knocks. Norqain says the watches are subject to laboratory tests conducted at 5,000g to ensure that they meet shock-resistance standards.

Developed together with Biver and BIWI SA, a leading Swiss manufacturer of materials, Norteq’s carbon fibre makeup comprises a high-performance polymer matrix containing 60 per cent bio-sourced material (castor oil), while its versatility to accommodate mass-dyed colouration is a first for the industry. The material is said to boast a right balance between density, elasticity, and toughness, as well as being anti-magnetic and corrosion-resistant. Most importantly, for eco-aware Norqain fans, leftover material from the production is recycled and upcycled. 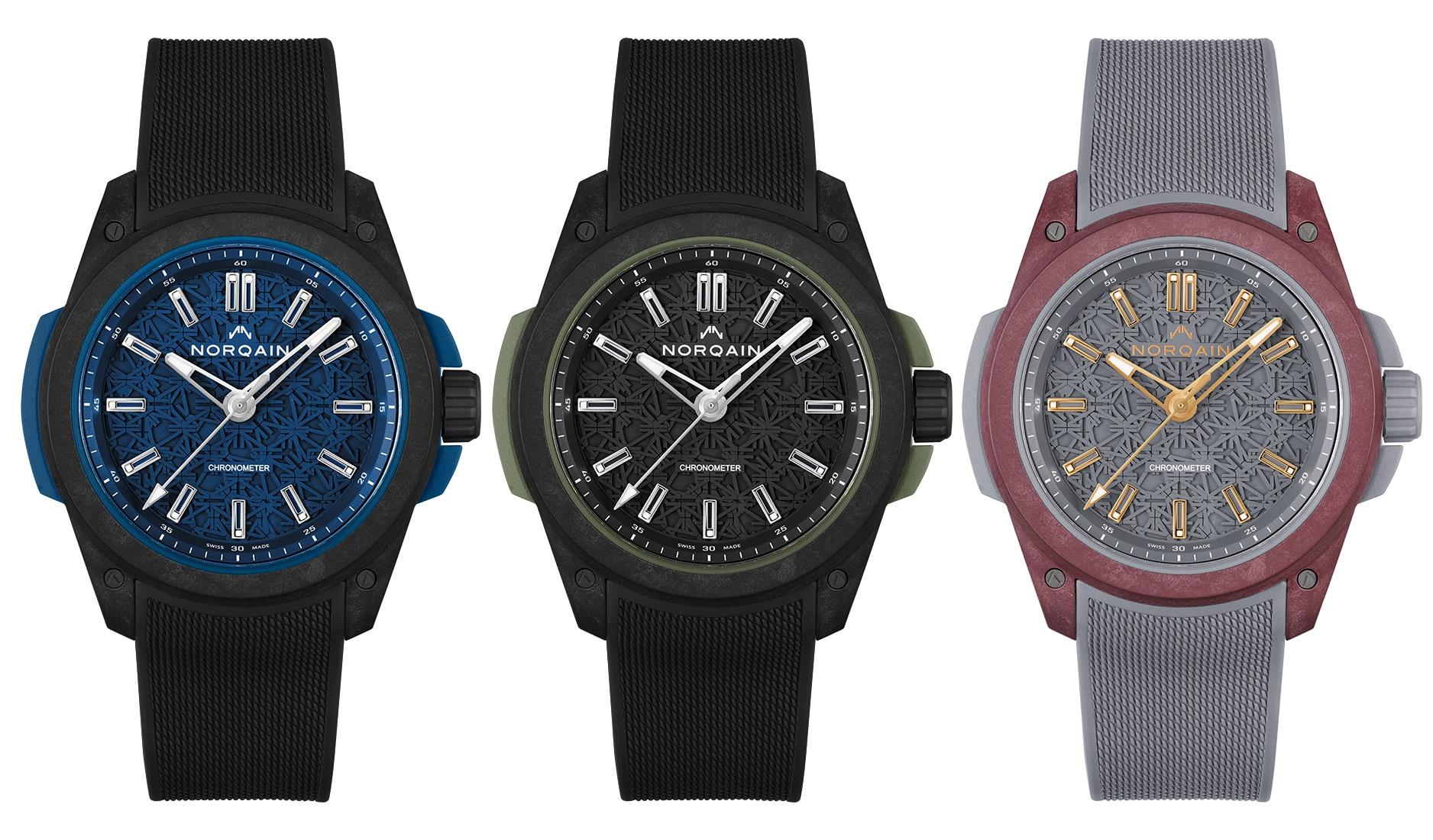 But it is not all about geeky alchemy and chest-thumping brawn, either. The watch’s impressive material innovation is aesthetically elevated by a beautiful laser-cut dial depicted in a mandala-like interpretation of the brand’s mountain-inspired double-N logo, along with skeletonised hands and indices enhanced with top-grade Super-LumiNova.

There are three regular Independence Wild One models in blue-and-black, khaki green-and-black, and grey-and-burgundy to choose from, as well as a 500-piece edition in all-black designed in collaboration with brand ambassador, Dean Schneider, Swiss animal sanctuary founder and social media personality. The special edition features vegan sand-coloured rubber shock absorber – made by mixing in sand from Schneider’s Hakuna Mipaka wildlife sanctuary in South Africa. In addition, the black dial is decorated with lion fur pattern and the sanctuary’s spear-and-shield logo. 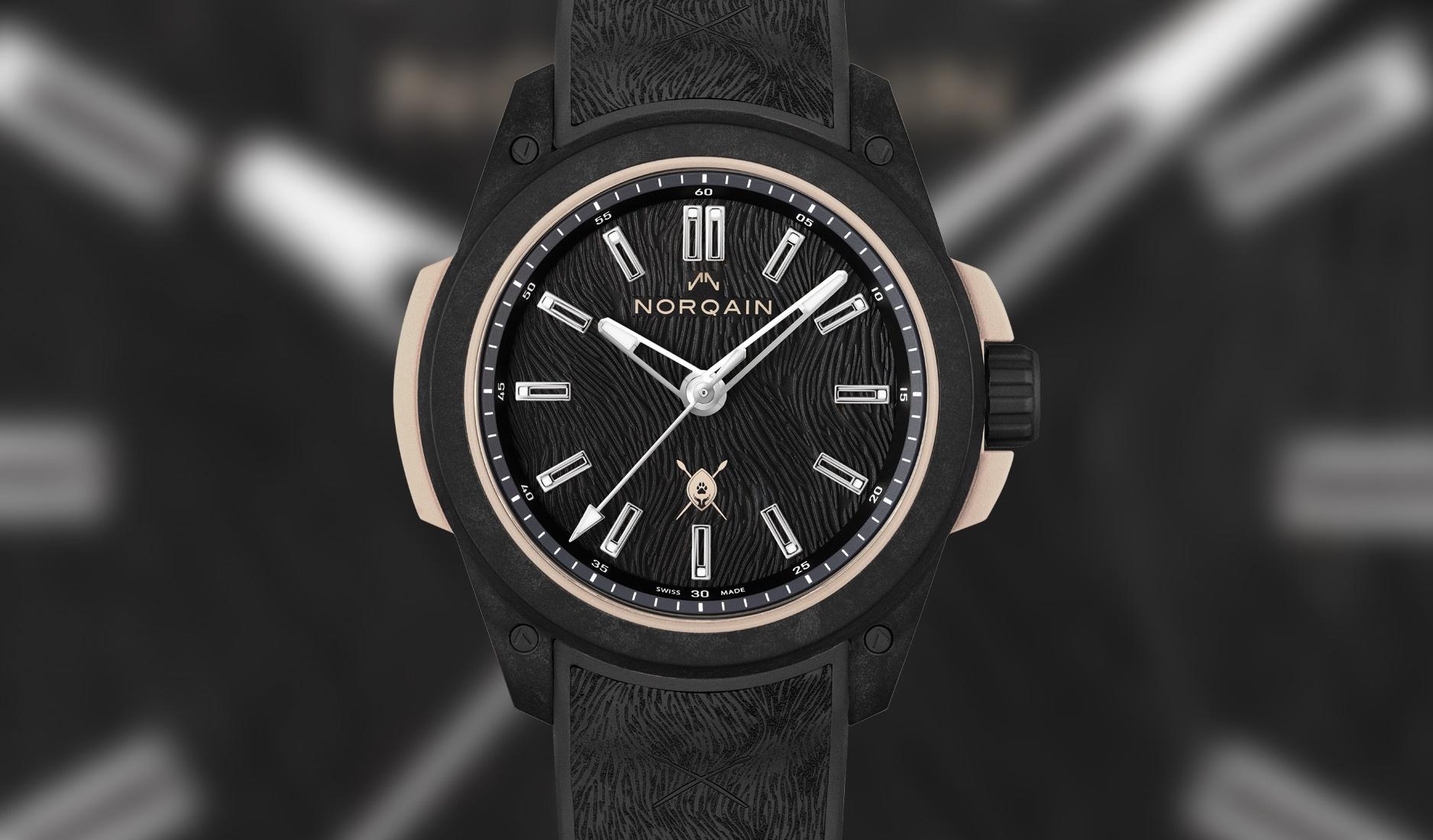 Bolstering all that artful, tech-y, ethically driven sportiness is a reliable, high-performance movement. The automatic Calibre NN20/1, a three-hand automatic movement exclusively produced for Norqain by movement manufacturer, Kenissi, comes with COSC certification and 70-hour power reserve. The Independence Wild One is a solid foundation, if you will, from which to propel Norqain’s ambition for disruption in the arena of mid-luxury sports watches.