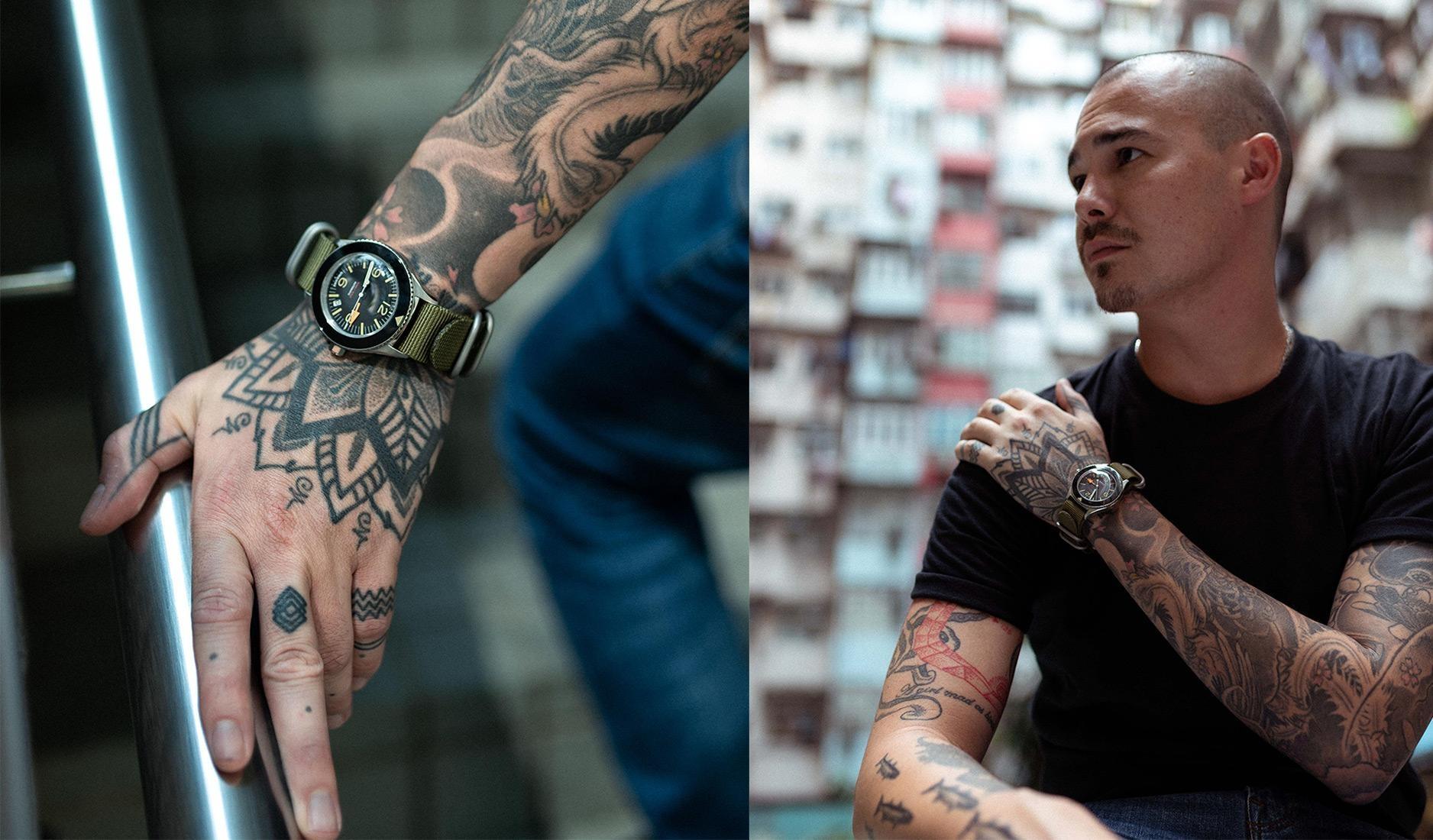 Ok, so shoot us: it has taken us this long to show some love to Undone. But better late than never, right? Besides, what more opportune time than now to throw the spotlight on Undone, as the brand celebrates its fifth birthday?

For the uninitiated, Hong Kong-based Undone is a young microbrand that specialises in customisable watches at wallet-friendly prices. Its nifty website is a veritable horological rabbit hole, enticing users to spend hours on end piecing together highly individualised watches. 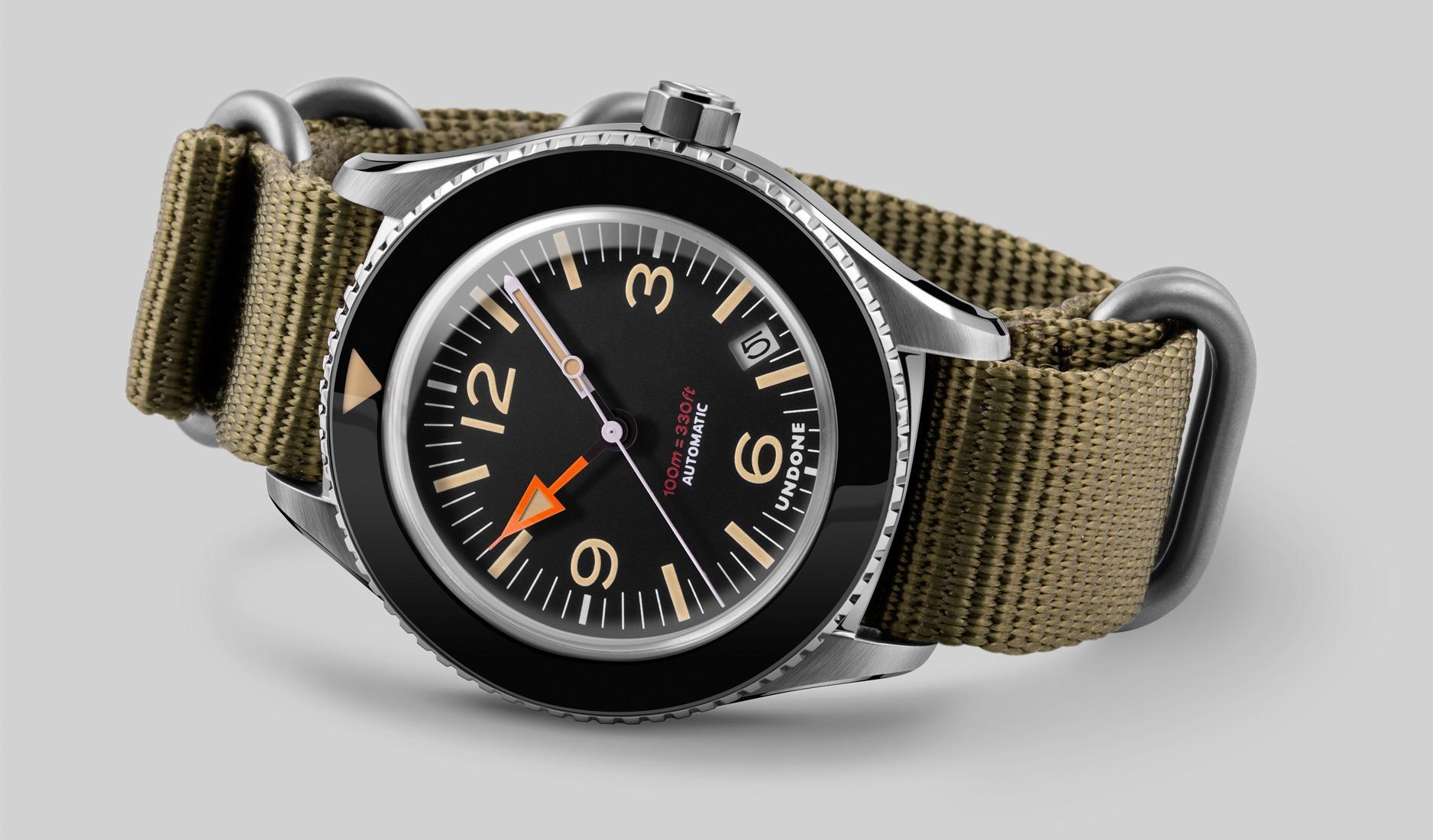 The custom pieces are based off the brand’s three key collections: the dressy and vintage-y Urban; the throwback tool watch-inspired Basecamp (pictured above); and the dive watch series, Aqua. One can go full-on crazy designer mode with the endless dial, case, caseback, hands, and strap combinations available. Besides its customisation service, Undone is also known for its whimsical collaborative collections with the likes of Peanuts and Piranha Tattoo Studios. 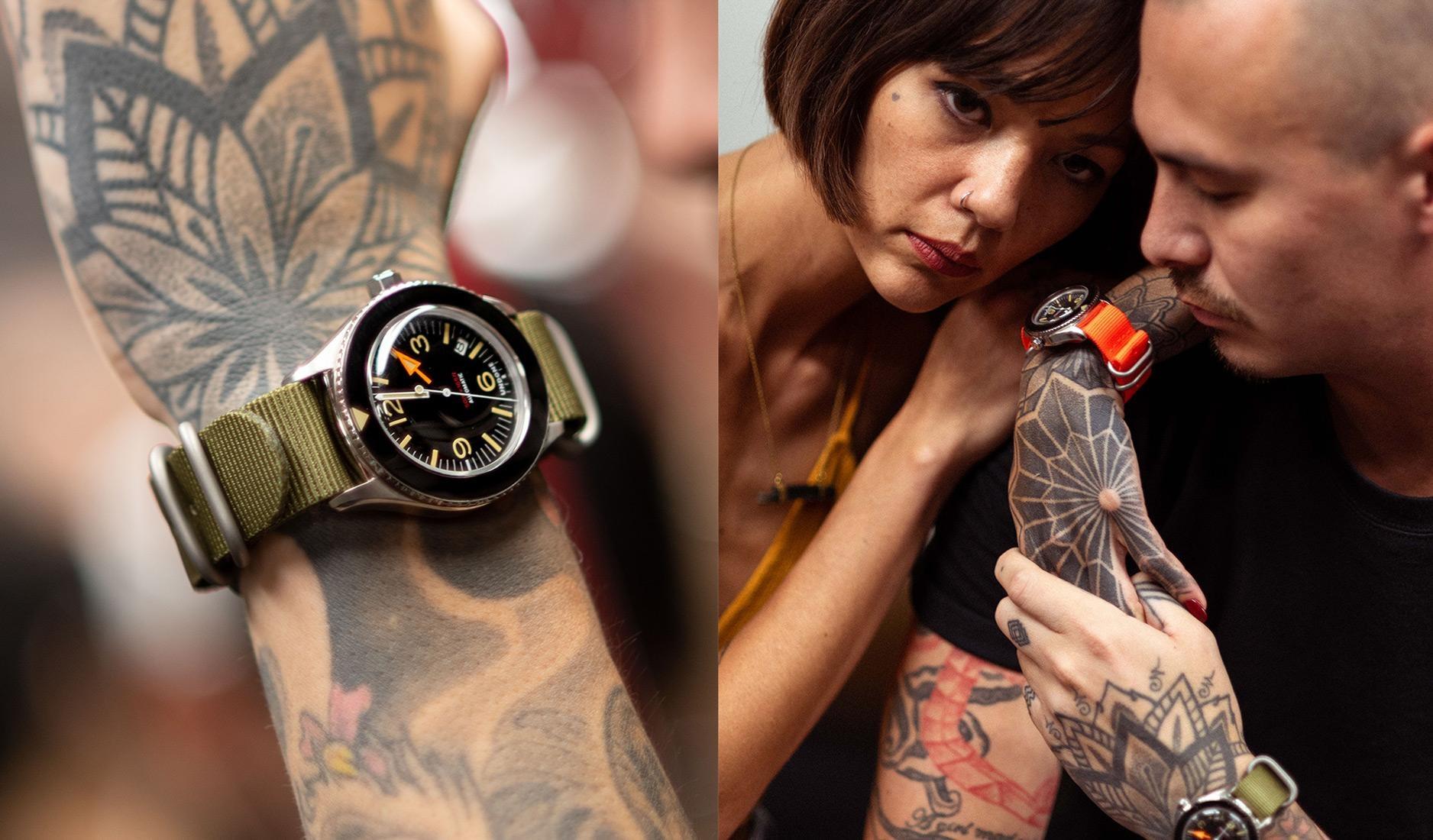 But back to Undone’s fifth birthday bash. To commemorate the mini milestone, the brand is ushering several new developments and product updates.

The first birthday treat comes in the form of an upgraded Basecamp collection. The range of military-esque tool watches, distinguished by their old-school aesthetic, are now water resistant to 100m (it was 50m before), and the bezels constructed in K1 glass, which is more scratch-resistant and shatter-proof compared to plexiglass used on earlier models. Customers will also have a choice of new bezels with graduated markings, a neat alternative to the ‘mark-less’ design of the previous version.

In addition to that is the introduction of new Basecamp model, the Basecamp Cali. Available from 15 October, the Basecamp Cali flaunts what’s known as a ‘California dial’. An aesthetic to improve legibility, which traces its roots to WWII dive watches, the ‘Cali dial’ is distinguished by a combination of Roman and Arabic hour numerals, as well as a triangle (at the 12 o’clock position) and horizontal markers (at the three, six, and nine o’clock positions). 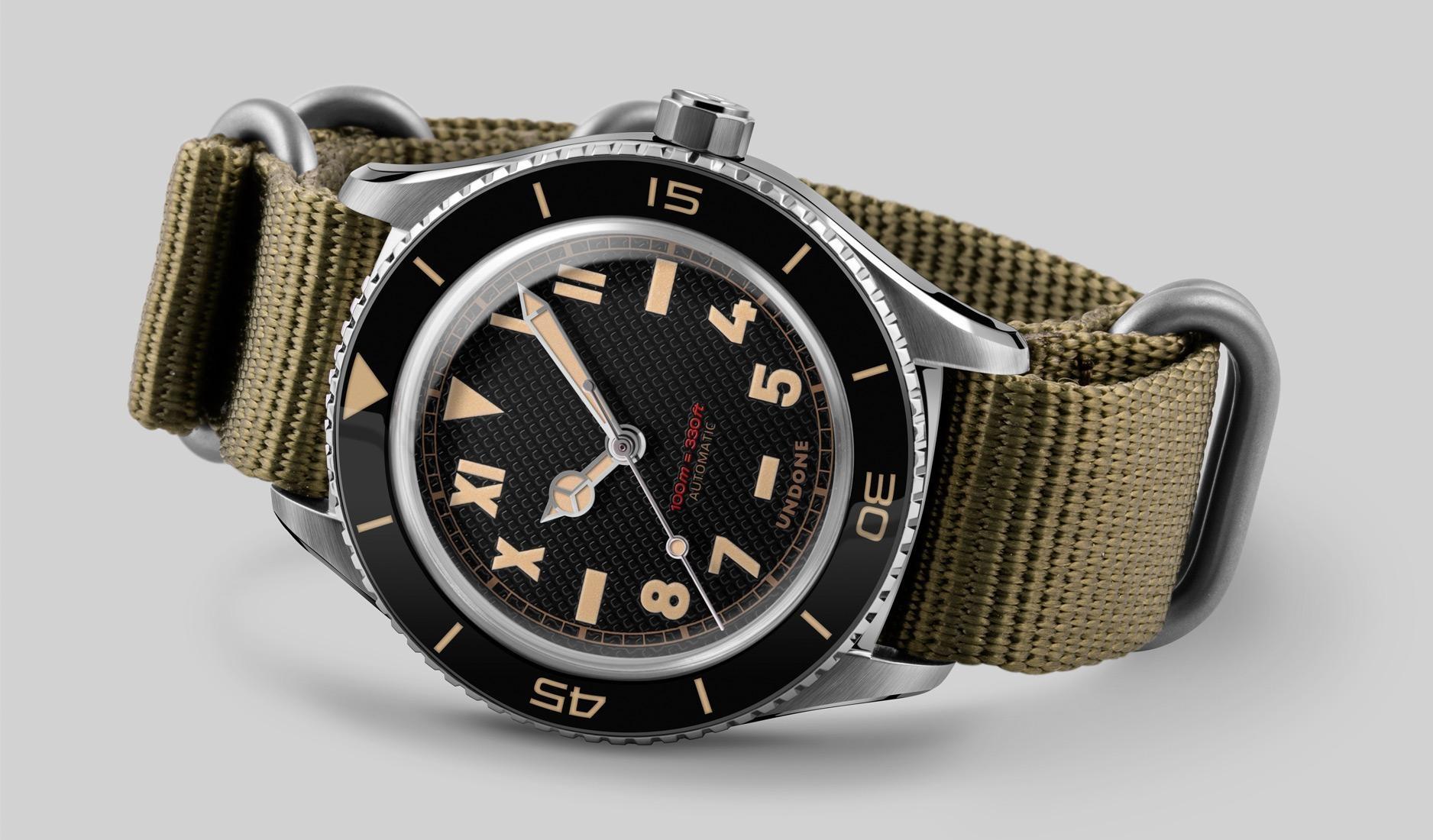 In a neat twist, Undone’s designers have lavished the dial with a waffle pattern that adds texture and depth to the already eye-catching dial. This model comes with the ‘default’ configuration of a Mercedes hour hand and a sword-shaped minute hand, which of course, you can swap and customise to your heart’s content. 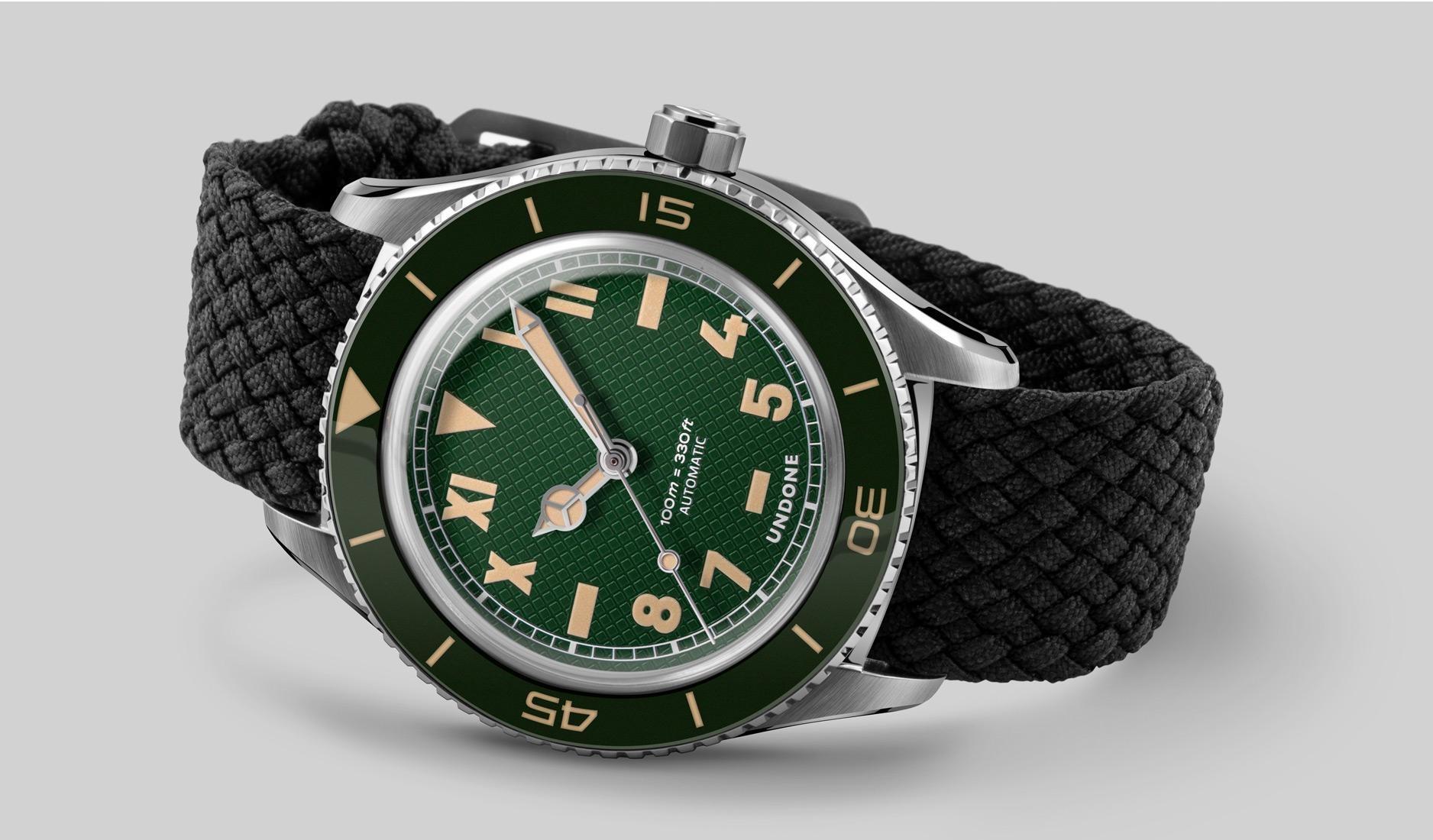 The second Undone pressie to its fans is more experiential. The team has “refined” its line-up – ostensibly with a leaner repertoire (long-time Undone fans can probably attest to this) – as well revamped its website, paying special attention to the customiser, which promises enhanced user experience that allows you to craft your ideal timepiece with greater ease, clarity and creativity. 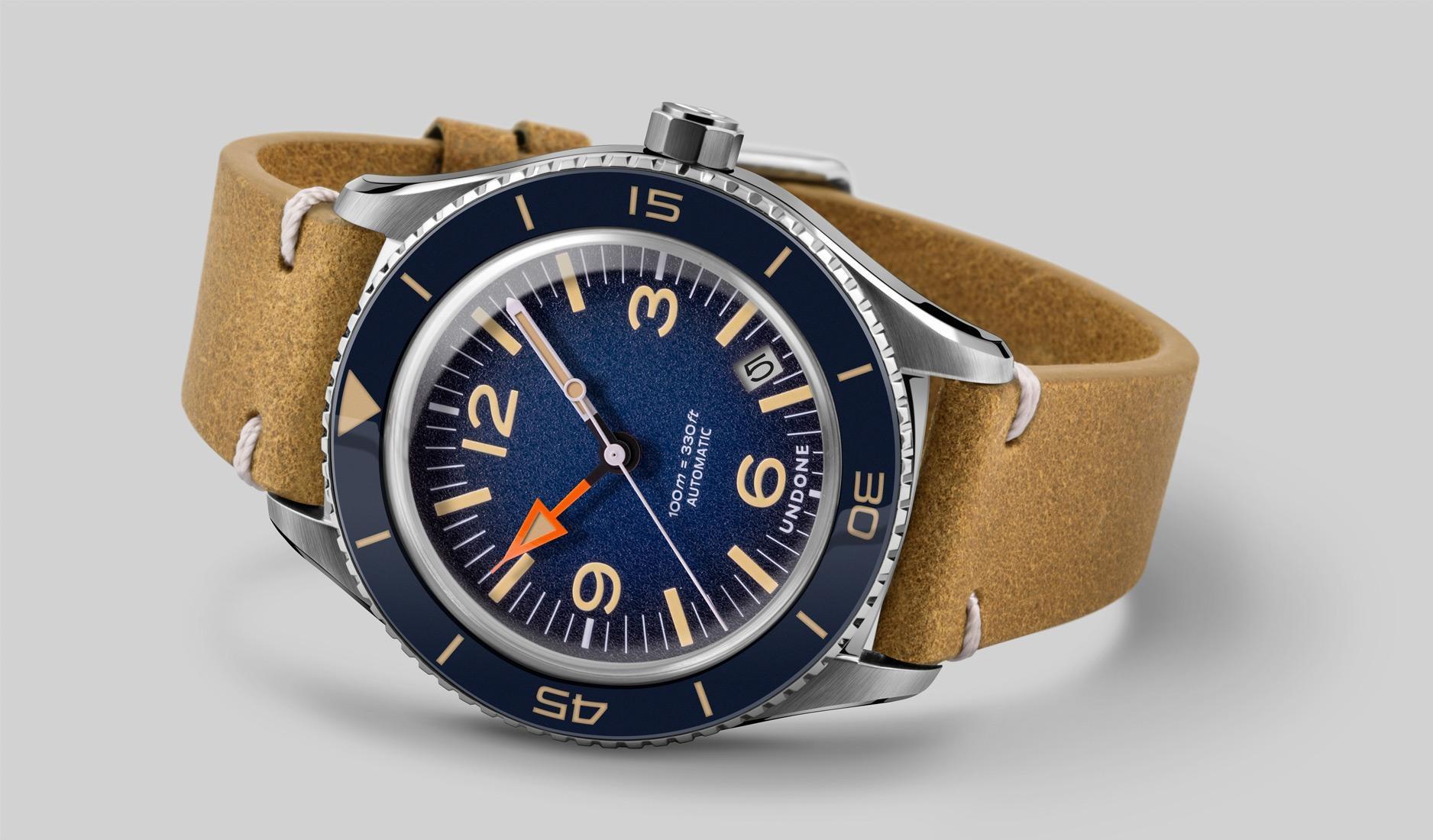 According to the brand’s press communique, there are even more thrills to come in coming months, including a special commemorative Undone anniversary watch, a brand new collection, as well as line of Monopoly-themed watches in collaboration with artist Stephen Bliss of Grand Theft Auto fame. What a way to blow out the candles, eh?