This Swatch X BAPE Collab Has Taken Too Long

But better late than never, right?

On the one hand, we have Swatch, the inimitable king of quirky and accessible limited edition watches (not to mention the one-time saviour of the luxury Swiss watch industry) that has collaborated with almost every noteworthy creative label on this planet. On the other, we have A Bathing Ape (BAPE), a pioneering Japanese streetwear label that celebrated its 25th anniversary in 2018, and has worked with watch marques from Bell & Ross to Casio.

Yet, the two have never partnered on a watch collection – until now, that is. We, too, wonder why it took this long, but the Swatch and BAPE tie-up shall put the grumblings to bed for the time being.

Swatch and BAPE fanboys will have a field day with the limited edition Swatch Big Bold BAPE collection, which boasts six models lavished with both companies’ trademark lashings of colour and caprice. Five of the models pay homage to a world city each – Bern, London, New York, Paris and Tokyo – with the sixth dubbed ‘The World’, a not-too-subtle statement of both brands' ambition for global domination.

While each model flaunts its own stupendously coloured cloak in 47mm cases, they are all distinguished by an hour hand featuring the BAPE logo and a world-city ring with the dedicated city poised at 12 o’clock and highlighted in red. The watches are limited to 1993 pieces each, except for the Swiss version, which is limited to 983 pieces. Have a scroll and let us know which one you like. 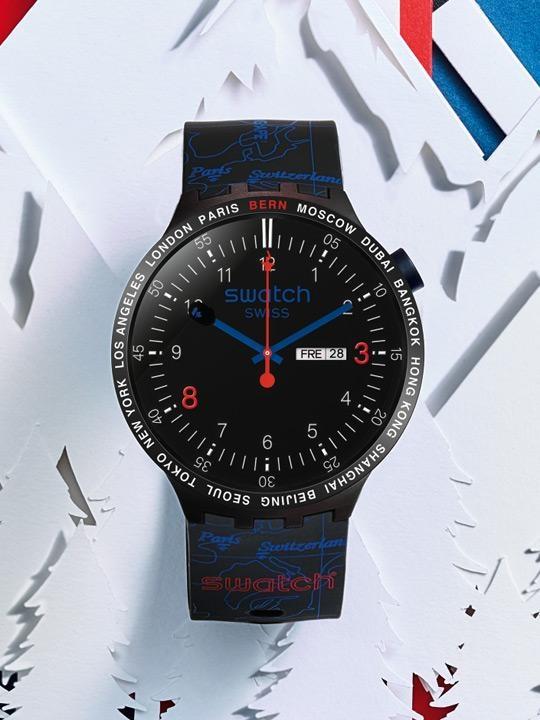 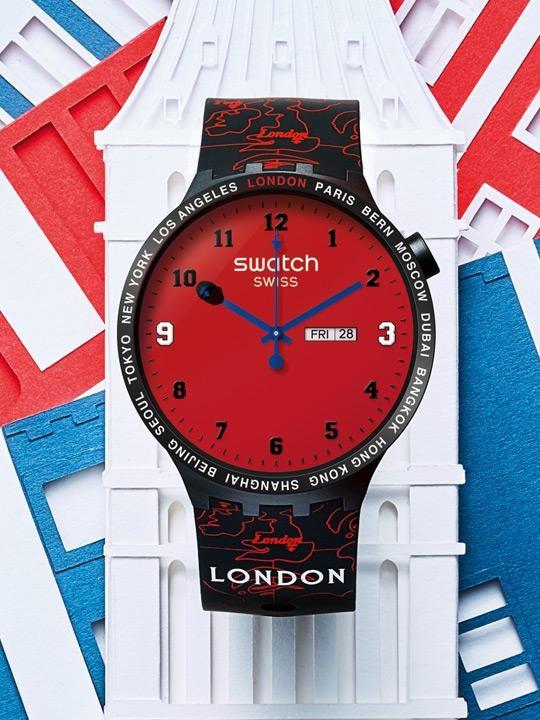 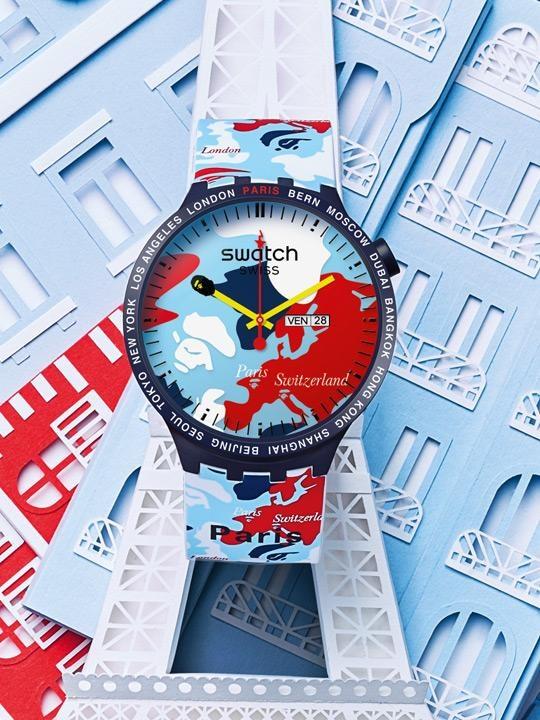 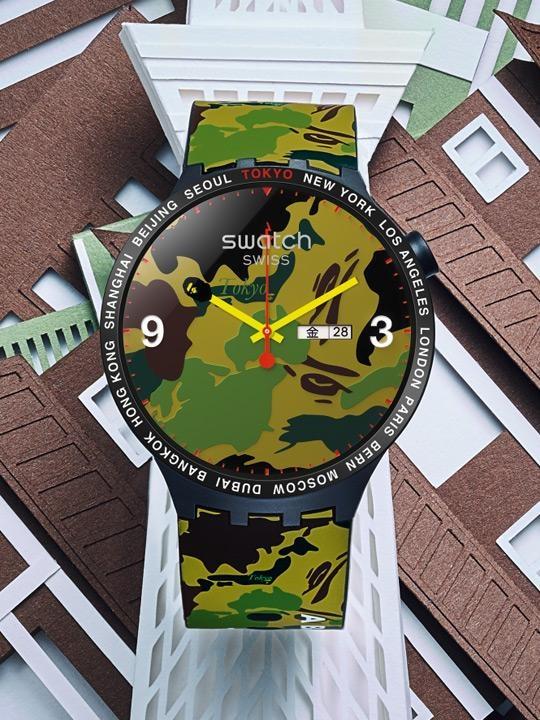 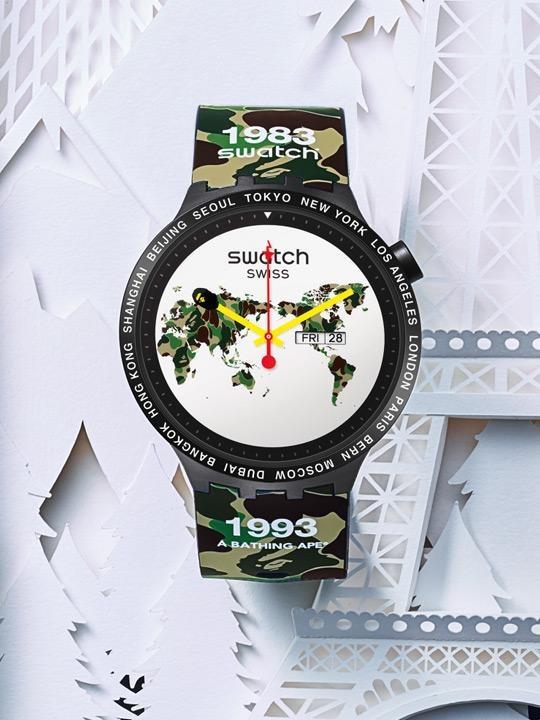