Proceeds from the sale of the Heuer-02T COSC Chronograph Tourbillon will go to Make-A-Wish Switzerland.

Since the revolutionary TAG Heuer Carrera Heuer-02T launched in February last year, it has been hailed as the most affordable Swiss-made tourbillon chronograph watch in the market, priced then at approximately US$15,950.

Better yet, the watch's skeleton, low-inertia movement is entirely developed and made in-house, from the assembly of the movement to the fine-tuning, casing, engraving and fitting of the strap.

Yesterday, the Swiss marque announced it has made 1,000 Heuer-02T Tourbillon movements to date, all certified by independent testing body, Contrôle Officiel Suisse des Chronomètres (COSC). The 1,000th piece bears a special engraving (above) on the sapphire caseback together with the TAG Heuer logo. 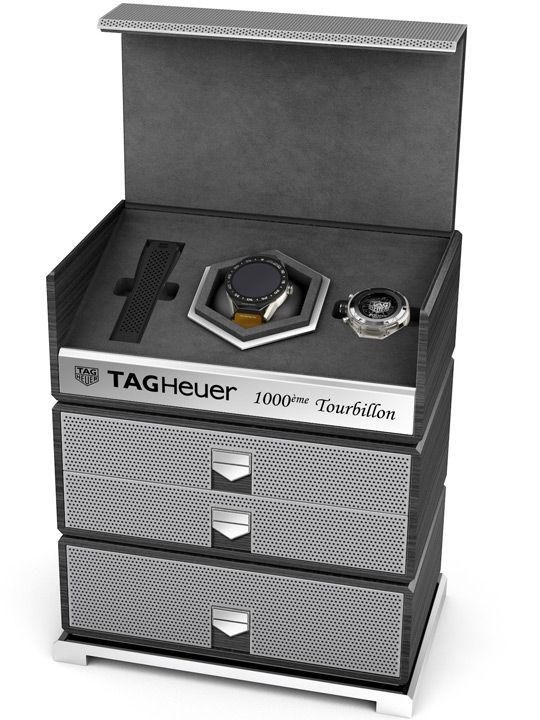 To commemorate the milestone, TAG Heuer CEO Jean-Claude Biver will auction off the 1,000th COSC-certified Heuer-02T Tourbillon on eBay from 14 to 29 March 2017. The piece will be presented in an exclusive box, together with the new TAG Heuer Connected Modular 45 watch. Bidding starts at 17,900 Swiss francs.

All proceeds from the auction will go directly to the Make-A-Wish Foundation in Switzerland, which grants wishes to seriously ill children from the ages of three to 18, in the hopes of enriching their lives. Interested parties can make a bid here.