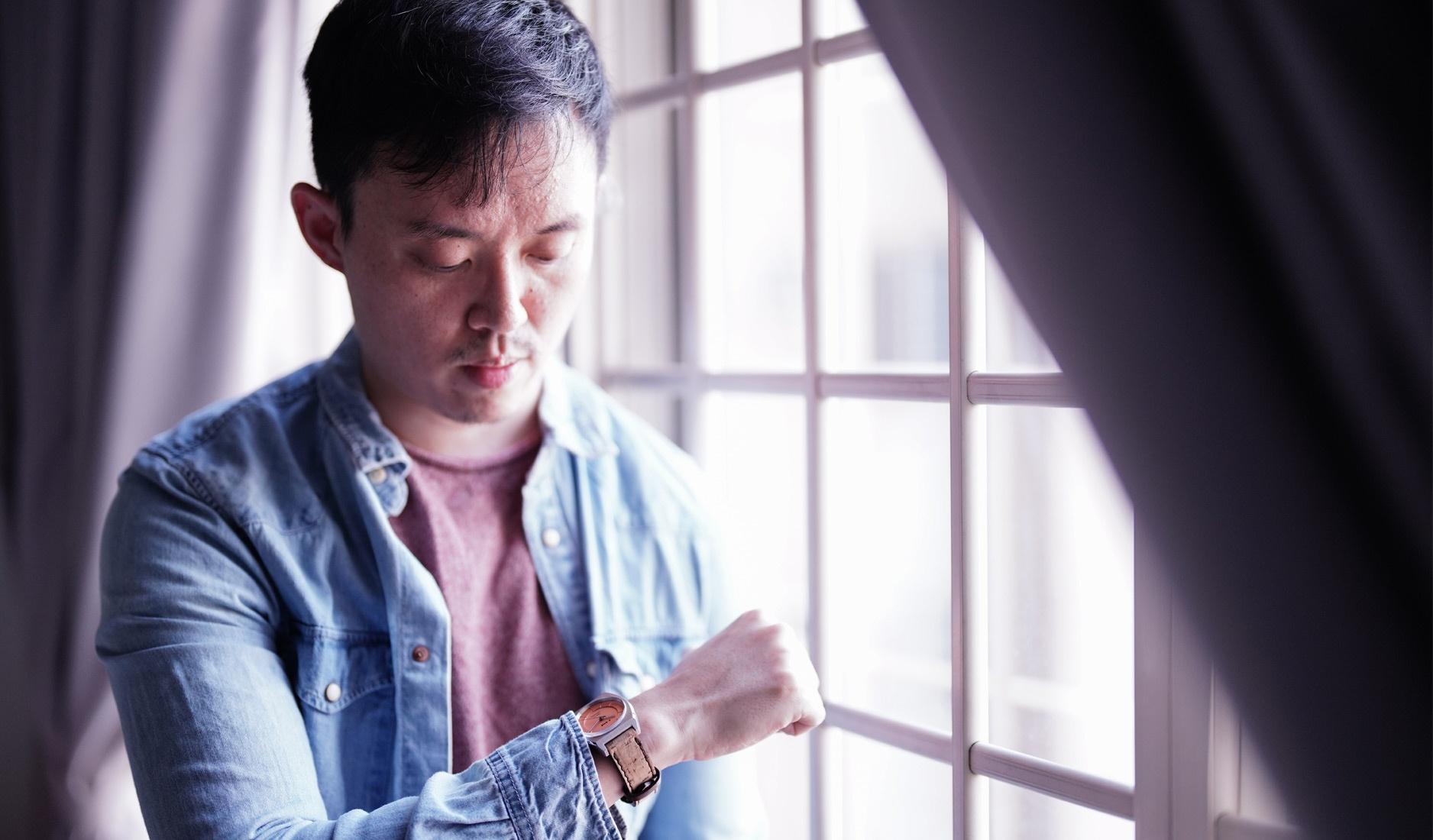 Singapore’s bustling watch microbrand scene welcomes yet another member to its colourful fraternity with Gane, a small private label marque started by engineering-trained human resources manager, Raymond Pee. Launched in July 2021, Gane will entice watch lovers with a predilection for retro-inspired but fuss-free aesthetics. At the same time, as Pee explains, the timepieces are not just vacuous copies of vintage designs.

Bearing tonneau-shaped cases with angular chamfered edges and boxed sapphire crystals, it is obvious the watches drink from the well of 1960s-style watch designs. Yet, at the same time, one also notices unusual touches to the foundational aesthetic, such as the two-part dials with contrast brushed satin finish (radial brush on the outer ring and straight on the main dial), grooved hour markers, and an overall less-is-more approach that conveys a minimalistic and even Zen-like spirit.

As “a lover of everything old school”, as Pee describes himself on Gane’s website, his design impetus appear to embrace worlds beyond vintage timepieces. Pee says that although the automatic watches’ silhouette and finishing are inspired by the likes of Zenith’s El Primero A384 Revival and old Omega Railmasters, the timepieces also reference things like old Japanese clocks and even the effect of shadows cast by sundials.

Offered in three dial variations – ‘C1 Sandy Salmon’, ‘C2 Brushed Blue’ and ‘C3 Steely Silver’ – with a choice of distressed leather strap (US$495) or five-link steel bracelet (US$555), the watches come in 38mm 316L stainless steel cases, exuding a casual dressiness that is not just anchored by nostalgia, but also craft and elegance. Inside, the watches run on the automatic Miyota Calibre 8215, an entry-level workhorse movement with 42-hour power reserve favoured by many microbrands.

Unlike a lot of microbrands, however, one area that Pee has chosen to allocate costs differently is in production. Instead of financing the project through crowdfunding platforms like Kickstarter, Pee has chosen to invest in a full production run of Gane’s debut collection to ensure that the watches are all ready to go. Along with assurance of quality from working with a Swiss-based partner for the cases, dials, and straps, Pee says he has invested between S$100,000 and S$200,000 in the project, declining to give a specific figure.

“There was fear, of course,” he says. “My wife was afraid for me, and I have a family with two young kids. But I thought it through carefully and explained to her that I felt this project was a calling. When I eventually embarked on it, I poured all of my effort into it. Every spare moment and waking hour was spent into it. And I have no regrets.” 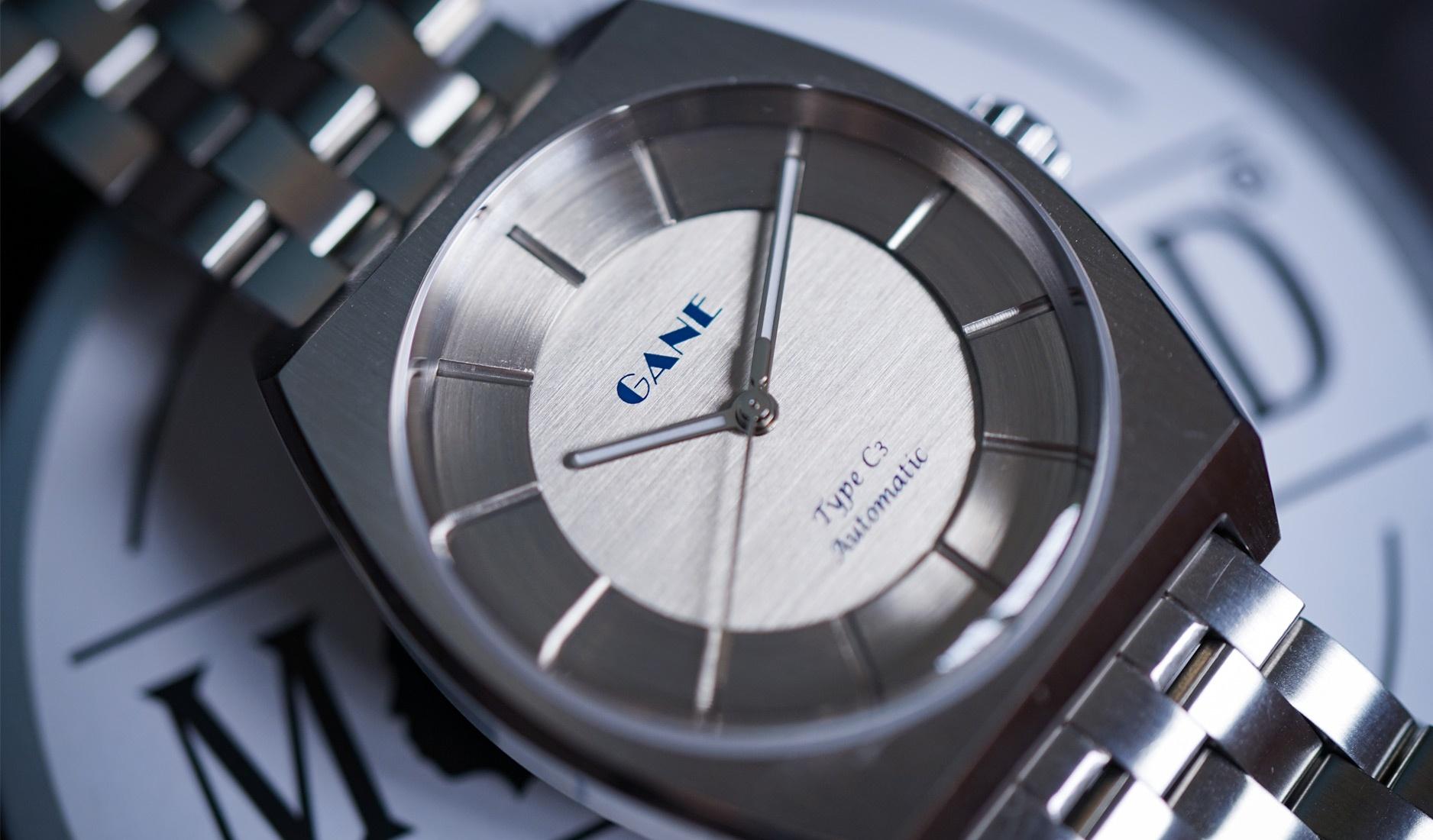 What was the trigger for starting Gane?
“Although I am a trained engineer and am now working in human resource, I’ve always been interested in design and drawing. I've wondered if engineering and HR are what I want to do for a long-term career. I wanted to pursue a creative route, but I also needed to be able to survive doing that. I really love watches, and I've been wondering about starting my own watch brand back when I just got deep into the hobby in 2018.”

Are you aware that there is thriving microbrand scene in Singapore?
“Singapore probably has the highest number of watch microbrands in the world. I am part of a collectors' community but I am not active. I know of a number of brands and I'm aware of how tightly knit the community is, but I am not as involved with the networking, to be honest. I guess I am intentionally trying to be more independent in my approach.”

Tell us why you didn’t go the Kickstarter route to fund Gane.
I wanted to build Gane as a brand that isn't clouded by the perception of it being a microbrand. That's because I've had some negative experiences with microbrands in the past - not Singapore ones, just to clarify - and felt these Kickstarter brands fell short in terms of quality and service. This approach has its pros and cons. For example, I am unable to tap into a ready audience from Kickstarter. The brand is also probably not as well-publicised and I'm not as integrated into the microbrand community.

How did you map out the process of starting a microbrand?
“I planned out all the steps that I needed to take, and go through them one by one. If certain steps were too challenging, I'd stop and revisit or revise it. And as each step gets cleared, it gives me the motivation to go further. People have told me that I've made pretty good time on this - one year is pretty quick to get a brand started.” 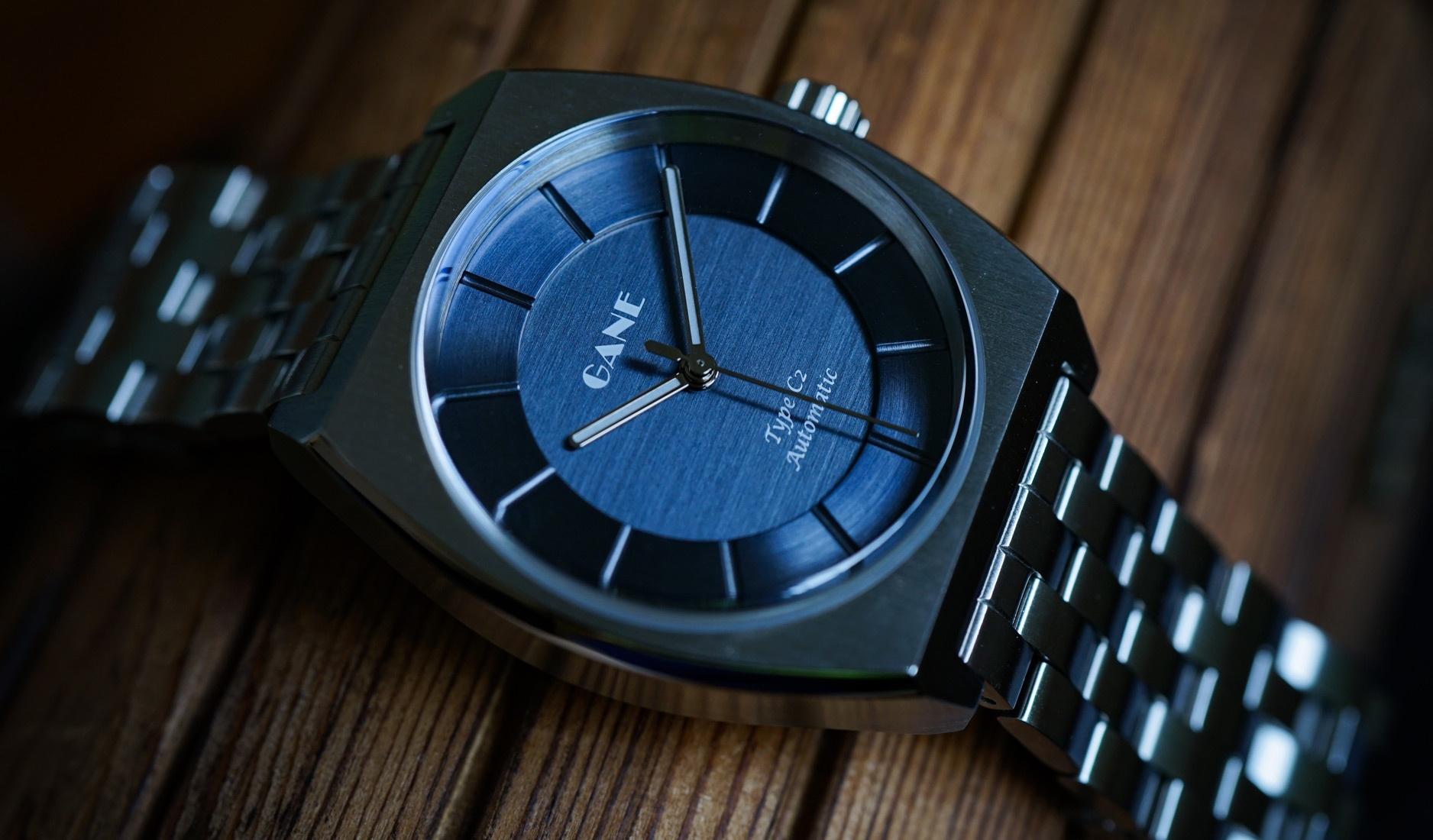 What kind of watch did you want to make and how does it differ from the final creation?
I really like the Zenith El Primero A384 Revival, a reissue of a vintage model, and I was taken in by its case shape and how that felt on my wrist. So I used that as a base inspiration. I was also inspired by Ming Watches and Omega's Railmaster, so I took design cues from these watches as well. As for dial, I had almost 30 iterations but slowly narrowed them down. I would say that the final version isn't too far off from what I had in mind originally.

Talk us through the various design elements.
“The case for the Zenith El Primero A384 Revival is more angular and sharp, but for my take, I've made the edges rounded to give it a more muscular appearance. The top of the case is completely flat and satin-brushed so that the finishing is obvious as it captures the light better. As a result of the 'muscular' look, I wanted to make the case slightly smaller at 38mm, since I, too, have a small wrist.

I added a boxed sapphire crystal as a personal preference for the vintage look, and did away with a bezel because I felt it disrupted the design language. The idea for the dial's satin-brushed finish in different directions came from the Omega Railmaster, again to capture the light differently. As for using grooves instead of painted or appliques for the hour markers, the inspiration came from an old Japanese clock design, as well as the sundials that cast shadows as time passes.”

Who did you work with for the project?
I worked with a Swiss partner after intensive research. He is a German who is close to retiring, has lots of experience in engineering and manufacturing, and is now working in Switzerland. He just started a small company to help private labels like mine to build watches at an affordable cost.

You spent S$100,000 to S$200,000 on this project. What are your expectations in terms of getting back what you invested?
“It is not an inexpensive venture. To be honest, I could have worked with suppliers from Hong Kong or China, and that would have greatly reduced my costs. But I decided not to do so because I felt that it wasn't a sustainable way to go. I want the watches to have a reputation of good quality and finishing.” 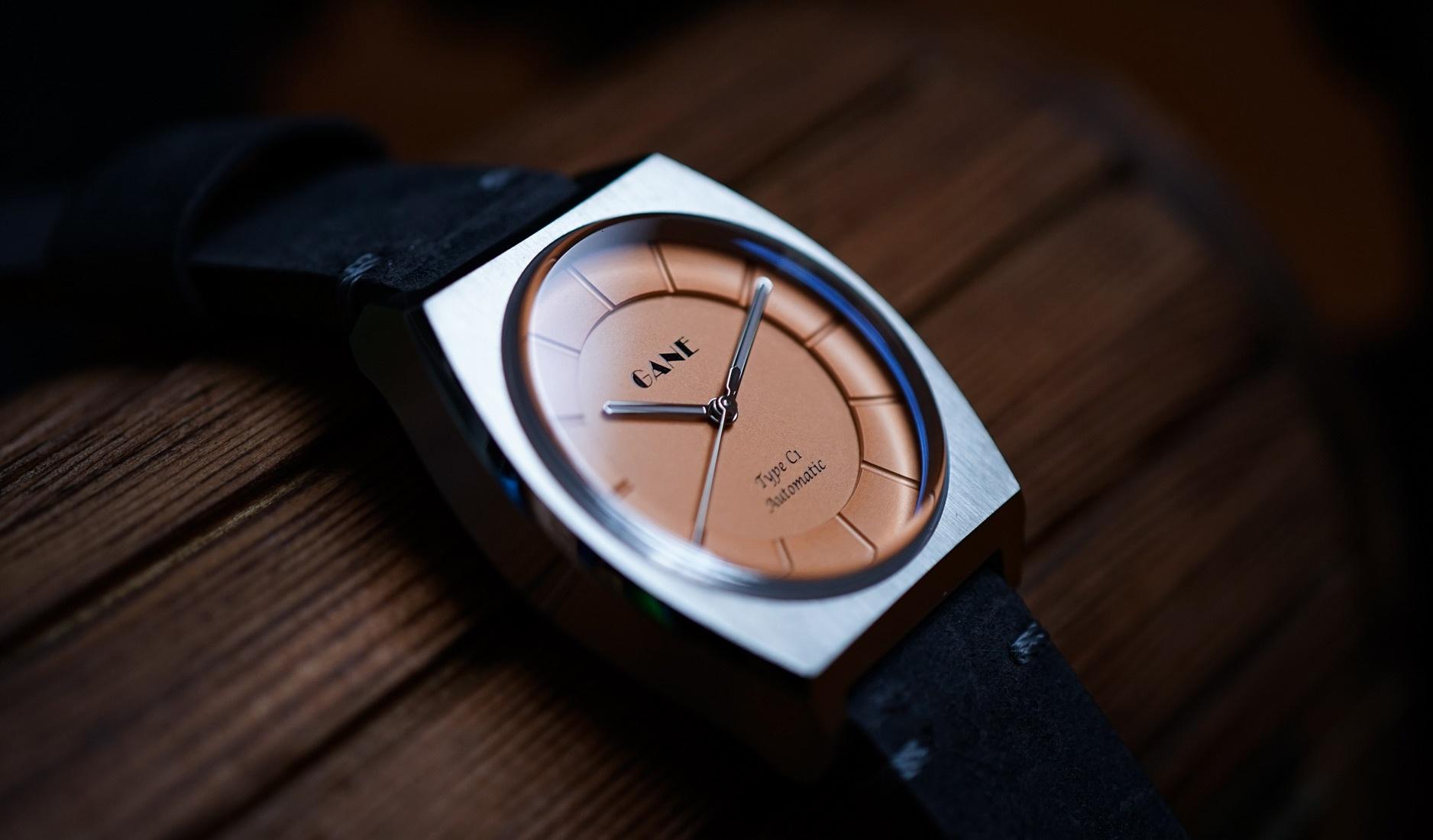