H. Moser & Cie. and MB&F, known for constantly pushing the boundaries of modern mechanical watchmaking with humour and quirk, have unveiled a set of limited editions that amalgamate each other’s most well-known designs and technical hallmarks to commemorate their respective 15th anniversaries. 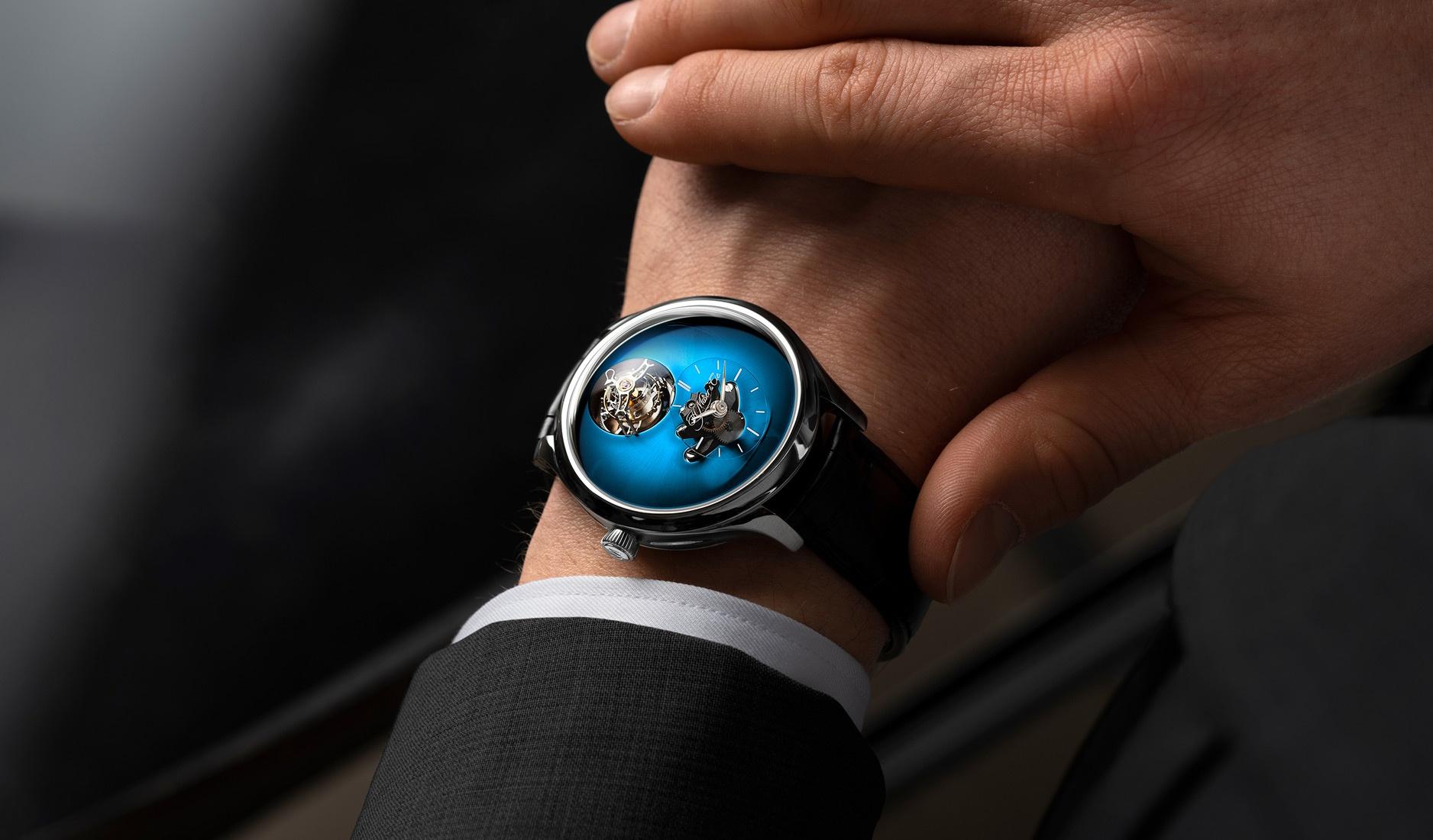 The 60-second flying tourbillon with cylindrical balance spring is, again, undoubtedly the most eye-catching feature on this dramatic rendition. Interestingly, the component, which also featured on the Legacy Machine Thunderdome, is made by Moser’s sister company, Precision Engineering AG. The time-telling dial, which features solid lacquered hues on MB&F’s models, is rendered in sapphire here and inscribed with Moser’s logo. The transparent look accords as much view as possible to the gorgeous fumé shades, which span funky blue to cosmic green. 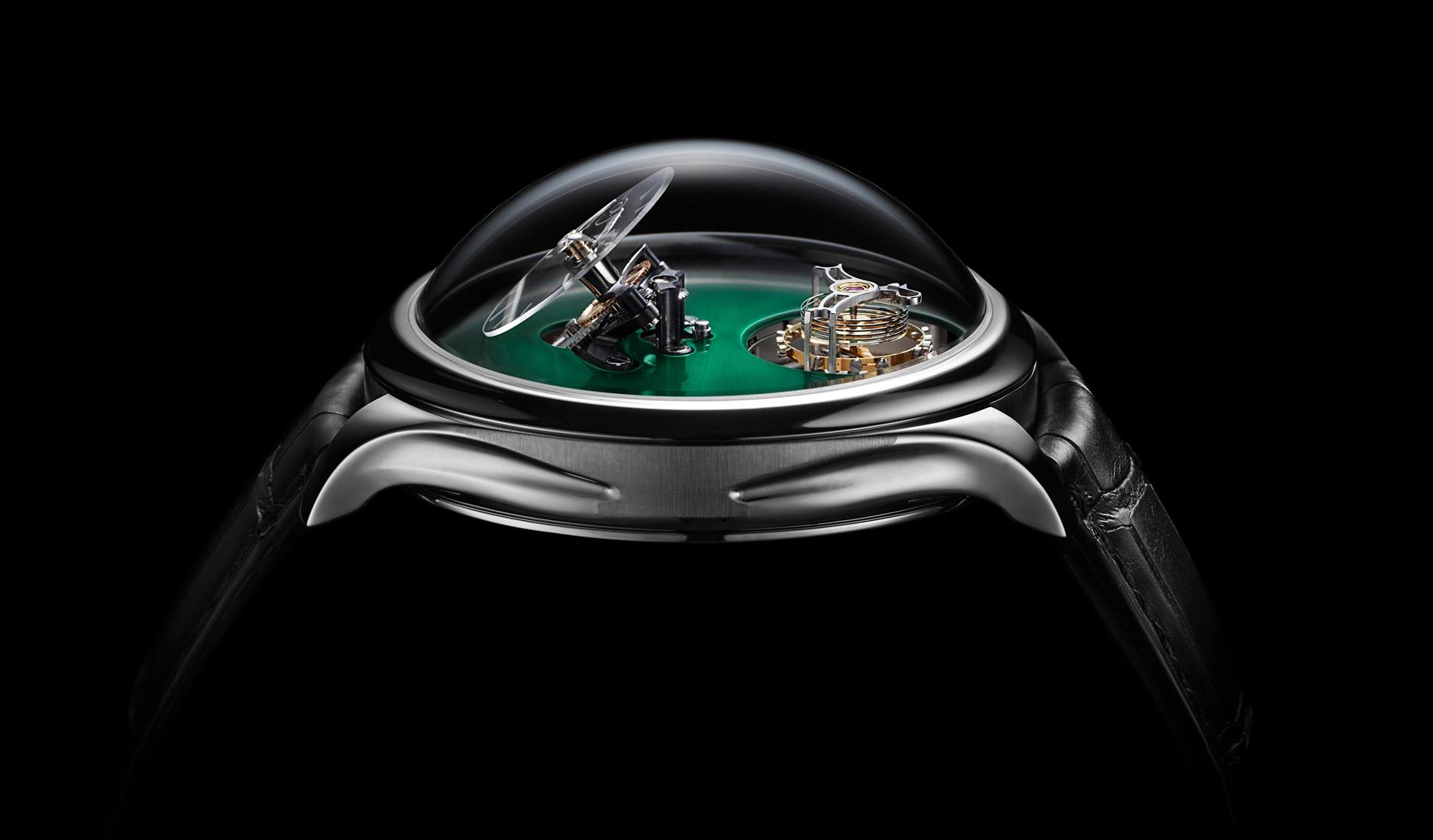 For the second piece, the MB&F x H. Moser LM101, MB&F reworks its Legacy Machine LM101 from 2014 by simplifying the indicators and enhancing its colours a la H. Moser & Cie’s Endeavour watch. The domed sub-dials for the time and power reserve are replaced by traditional leaf-shaped hands and, like the first special edition, set against Moser’s famed fumé dials. 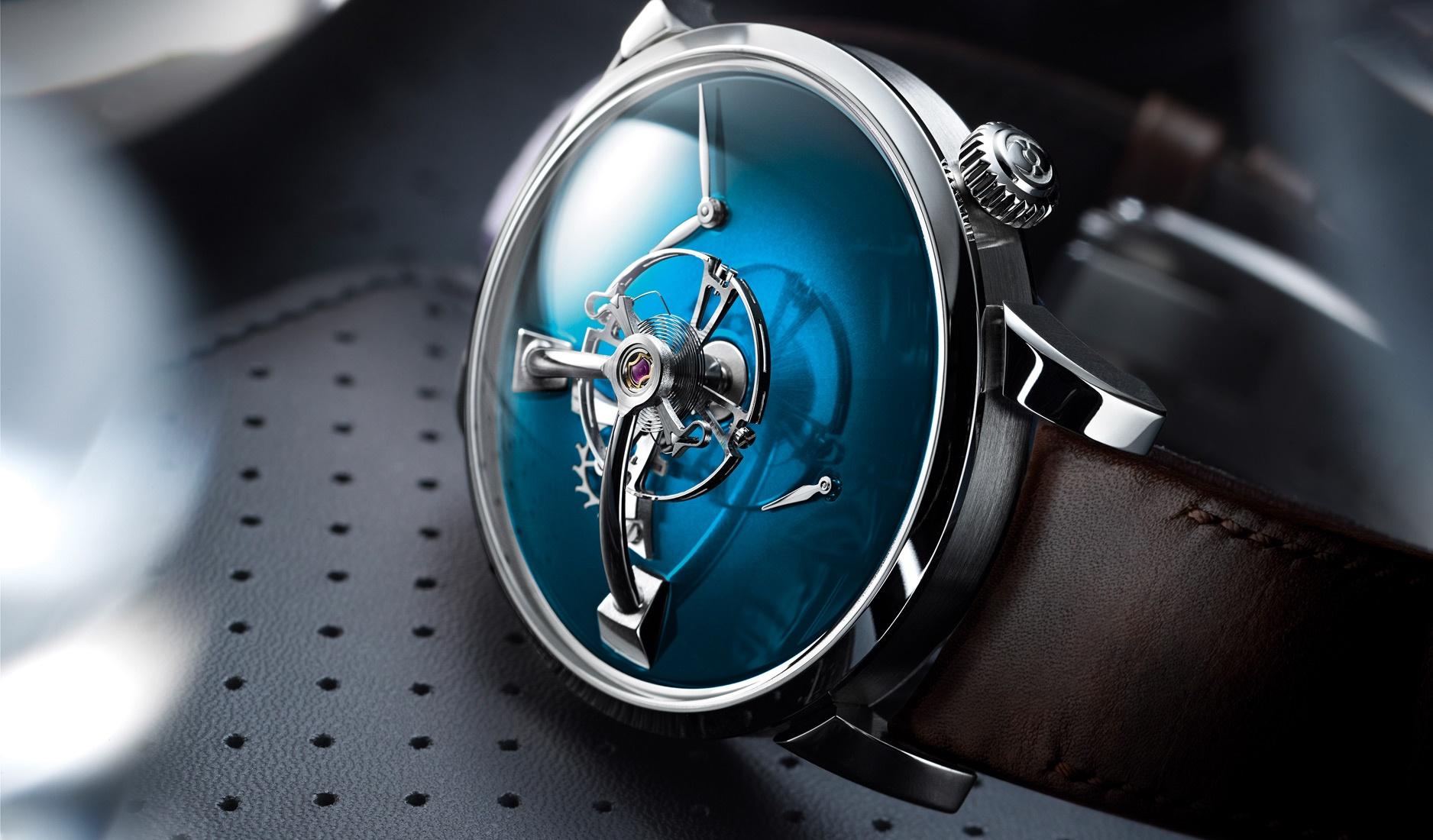 H. Moser & Cie. and MB&F may be operating on very different planes of contemporary horology, but both share fiercely guarded ethos and philosophies to make their marks on watchmaking history, offering singularly unique creations that are, above all, mechanically superlative. One imagines that fans of one brand would be similarly drawn to the other, which makes this crossover project seem so effortless.