A highlight each from Bvlgari, Hublot, TAG Heuer and Zenith.

A little industry-type backstory before we get into the watches. Since the demise of what was once the world’s largest annual watch fair, Baselworld, in 2019, which coincided with the rebranding of the Geneva-based equivalent Salon International de la Haute Horlogerie (SIHH) as Watches & Wonders that is now THE biggest watch fair in the world, several brands and luxury conglomerates have taken matters into their own hands to stage their own shows, either as a precursor to Watches & Wonders, or as standalone exhibitions.

The LVMH Watch Week, started in 2020 by the LVMH conglomerate that counts Bvlgari, Hublot, TAG Heuer and Zenith under its auspices, was one of the said standalone watch fairs. While the quartet of brands will also participate in the larger scale Watches & Wonders showcase that takes place end-March, early-April this year, the LVMH Watch Week serves up a hearty teaser of what to expect from them for the rest of the year.

This year’s LVMH Watch Week sees the four brands coming strong out the gates, each with tantalising offerings that play to their fans and strengths. Without further ado, here are our choice picks of the latest watches from Bvlgari, Hublot, TAG Heuer and Zenith to get the new horological year officially underway. 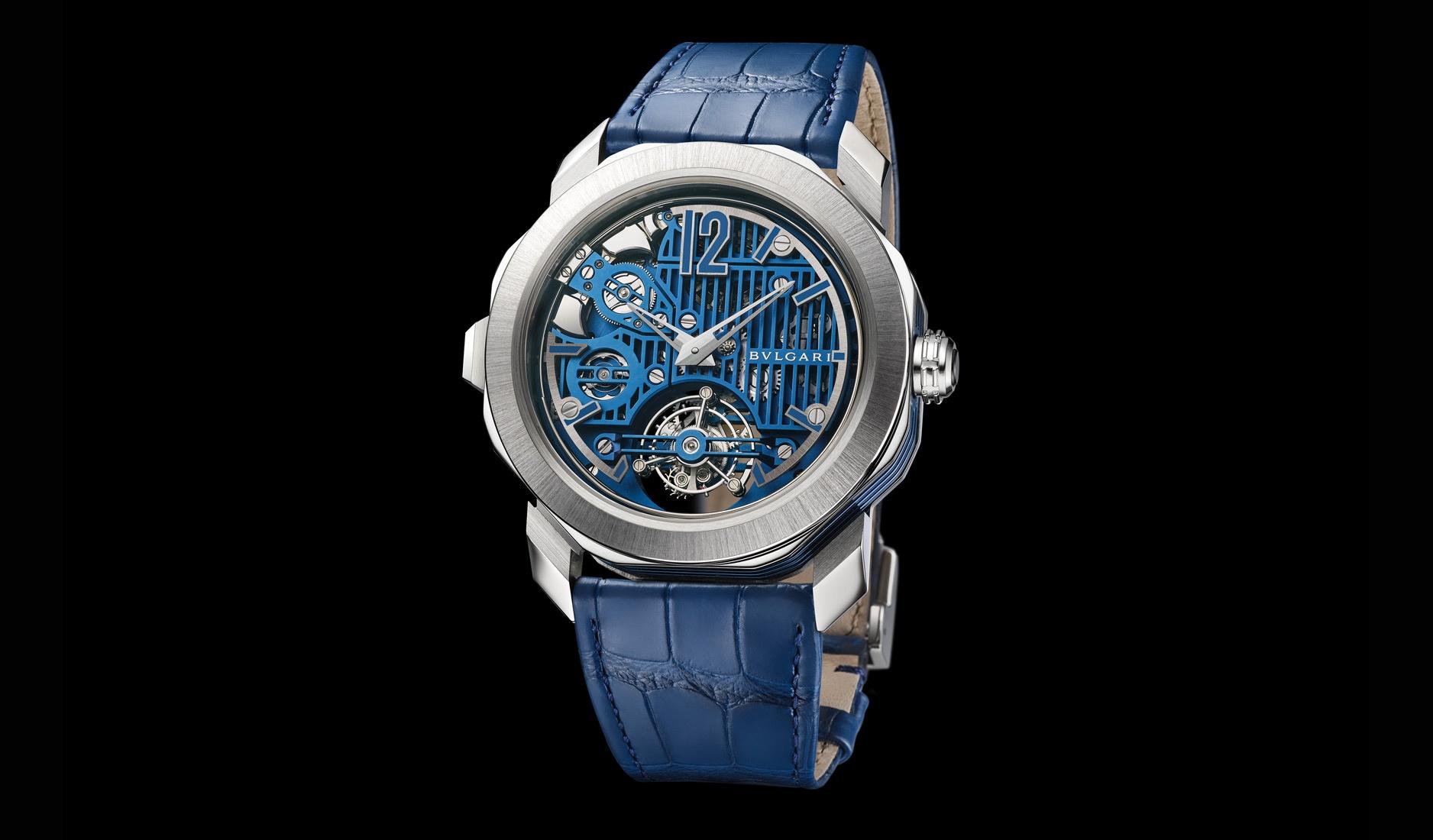 A new iteration of the spectacular Octo Roma Carillon Tourbillon in black DLC-coated titanium from 2021, the Octo Roma Blue Carillon Tourbillon turns up in a platinum case with navy open-worked dial this year. Limited to 30 pieces, this creation is lightyears away from the minimalistic Octo Finissimos that have been enamouring collectors of late. The 44mm watch is a complication behemoth. It boasts the hand-wound Calibre BVL428, an exquisitely sculpted 432-part movement with a tourbillon and minute repeater that chimes the time with three hammers and gongs. 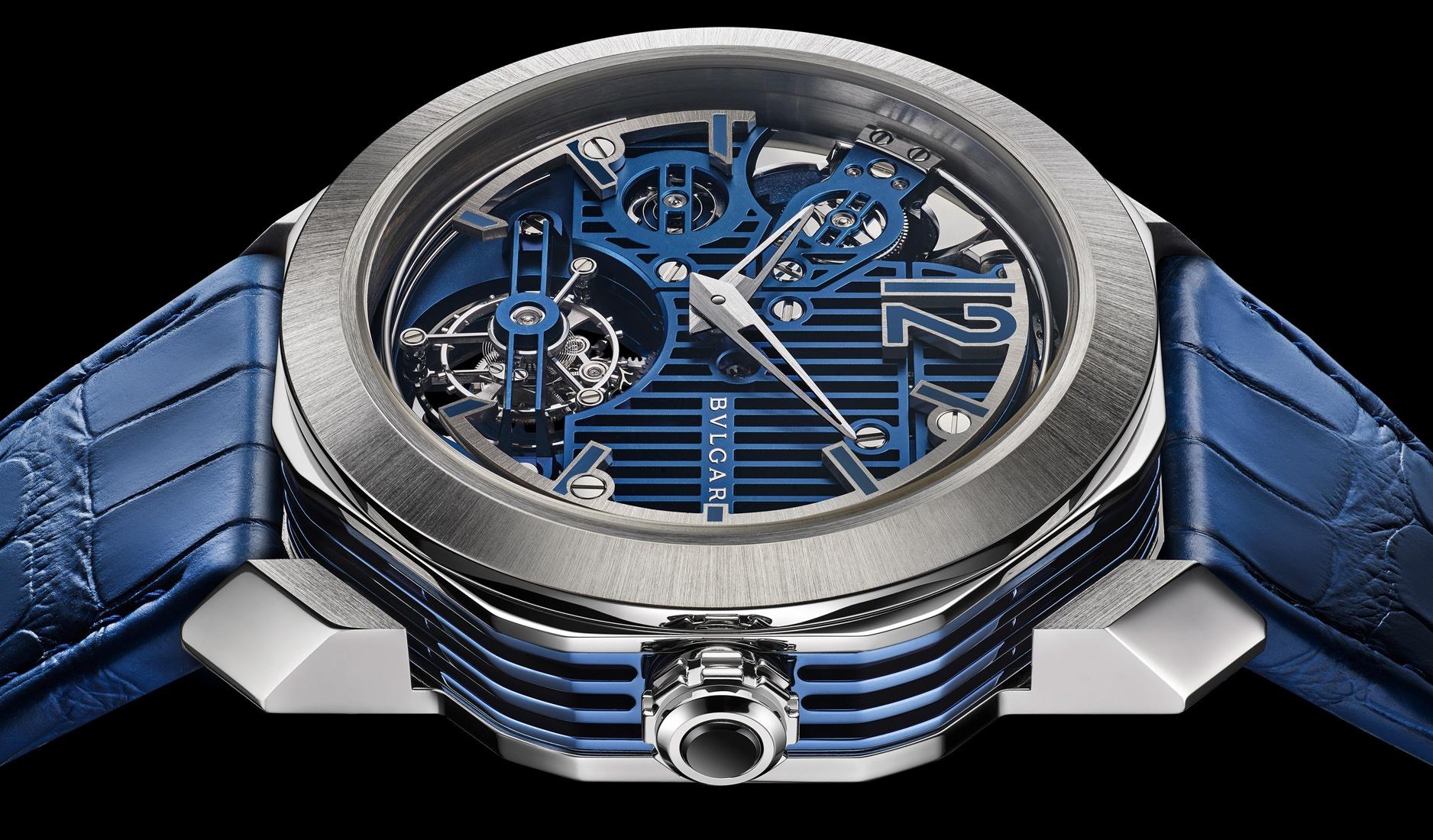 Besides pristine chimes, the minute repeater also dishes out visual drama. Its components are re-engineered to be presented on the front, instead of the back where repeater mechanisms are commonly located. Like its black DLC-coated predecessor, the Octo Roma Blue Carillon Tourbillon features grilled plates on the open-worked dial that allow for a bit of mystique even as it invites one to peer into its inner workings. This time, Bvlgari’s designers switched things up a bit by adding hour markers, including one at 12 o’clock with Arabic numeral. Fresh facelift aside, the Octo Roma Blue Carillon Tourbillon continues to astound with an epic complication that, once again, flaunts Bvlgari’s technical chops in no uncertain terms. 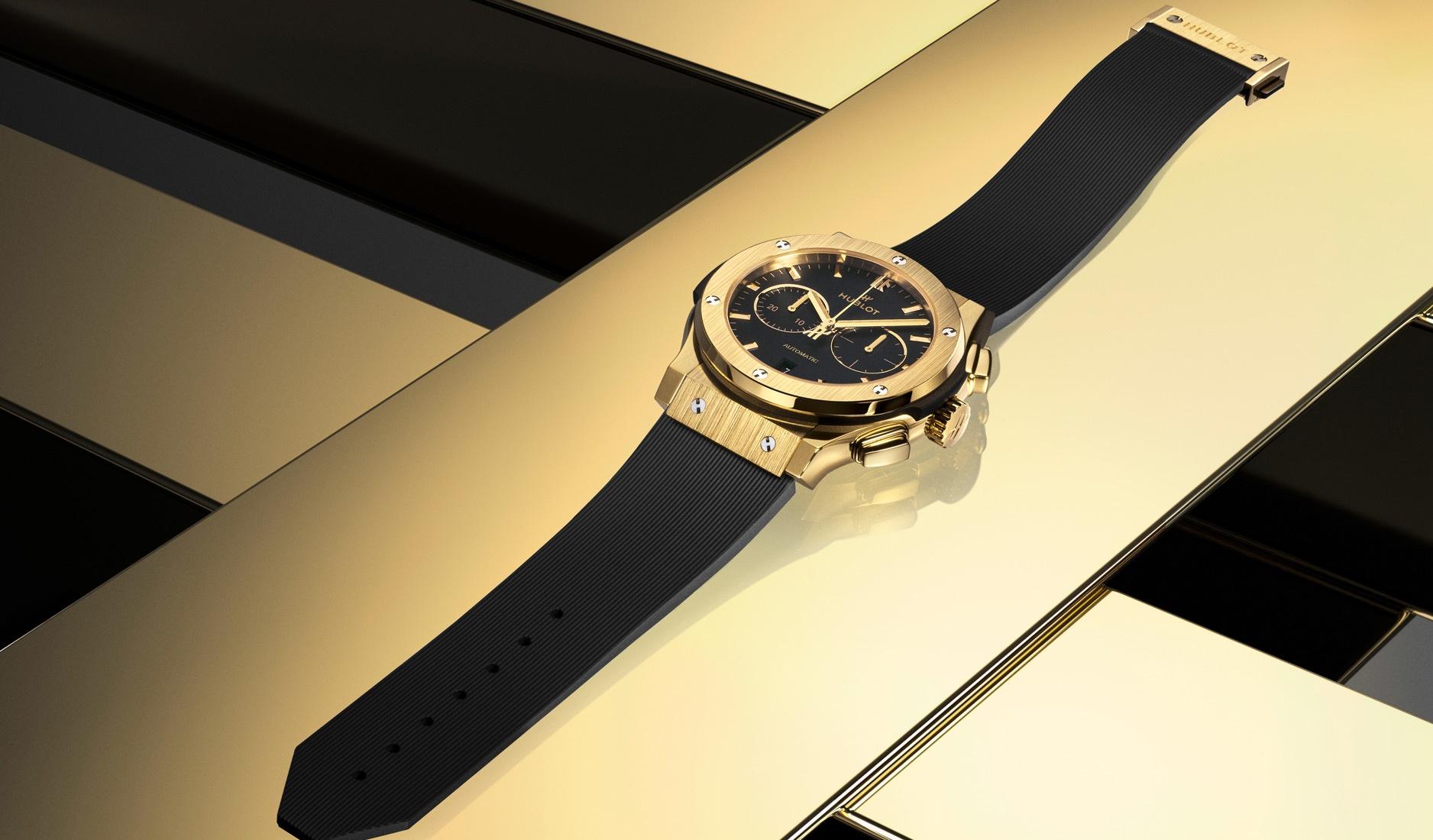 Of the slew of new Hublot offerings that span a golf-inspired complication in bright orange carbon, to the perennial favourite Sang Bleu collection made with famed tattoo artist, Maxime Plescia-Buchi, it was instead a back-to-basics yellow gold timepiece that stole our hearts. Paying homage to Hublot’s origins when it debuted with gold watches paired with rubber straps more that 40 years ago, the brand issued a series of six new references in yellow gold. The lineup comprises a trio of Big Bang Integrals, a Big Bang Unico, a Spirit of Big Bang and our favourite, the Classic Fusion Chronograph. 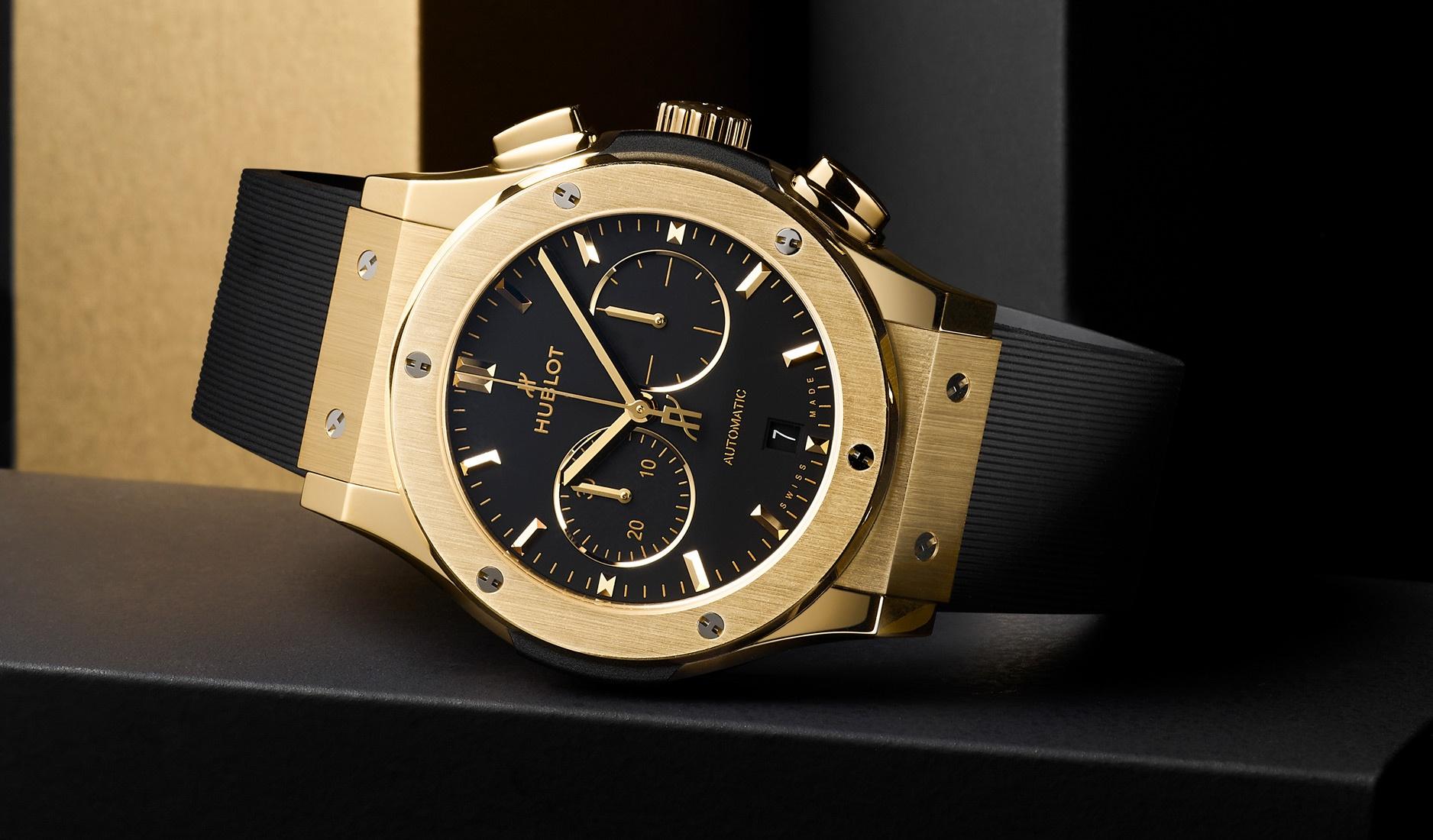 While each model was chosen as it represents a facet of the modern Hublot repertoire, the Classic Fusion Chronograph stands out for being aesthetically the closest to the Hublots of the 1980s. Backed by a top-rated automatic chronograph movement, the watch’s enduring dark vs luxe colourway is anchored by a clean and elegant silhouette. While the rest of the offerings brim with Hublot’s signature ostentation and dynamism, there is just something about this model’s forthright and simple take on old-school luxury - a matte black dial and strap brilliantly setting of the lustre of yellow gold – that grabs us. 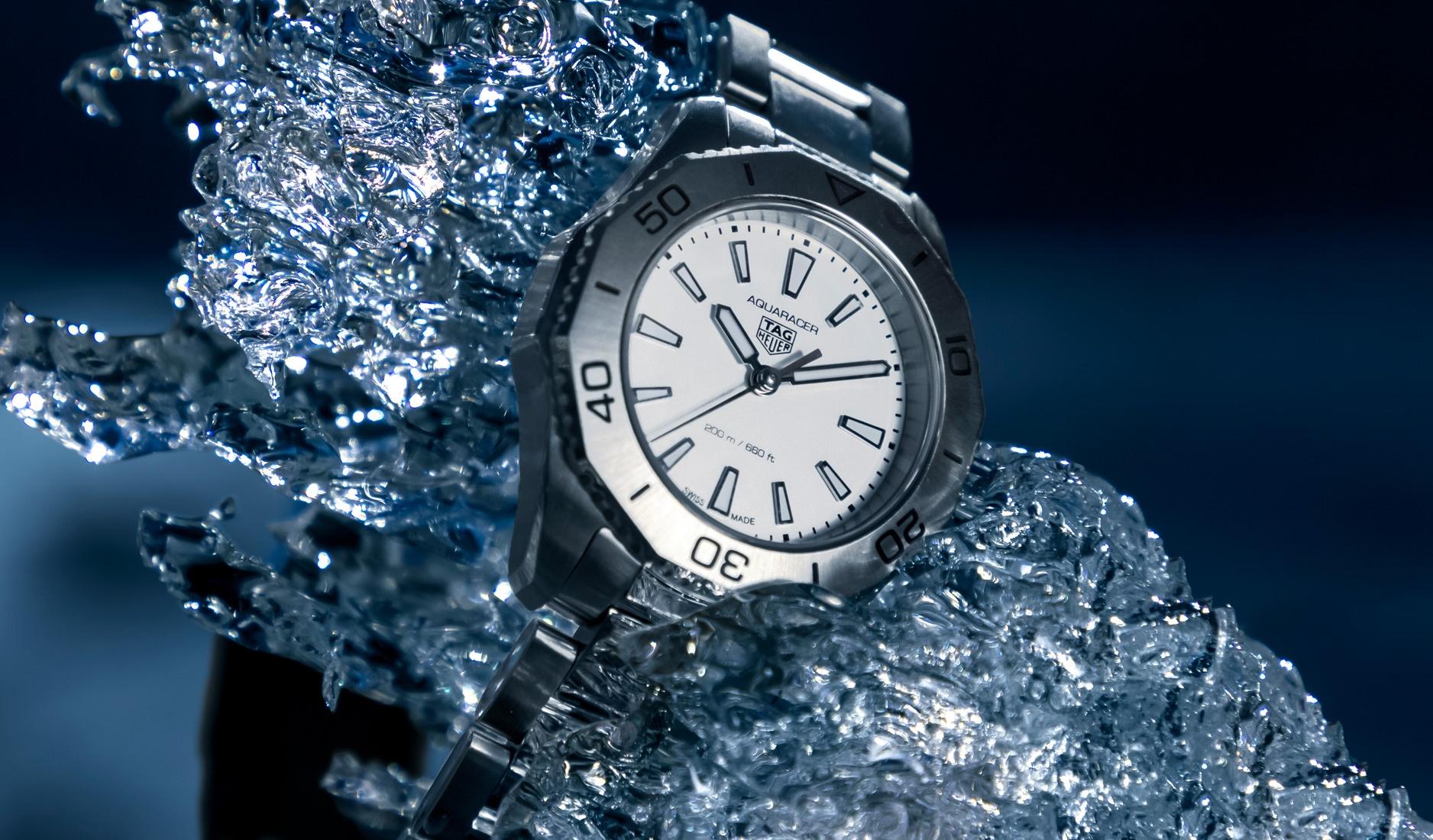 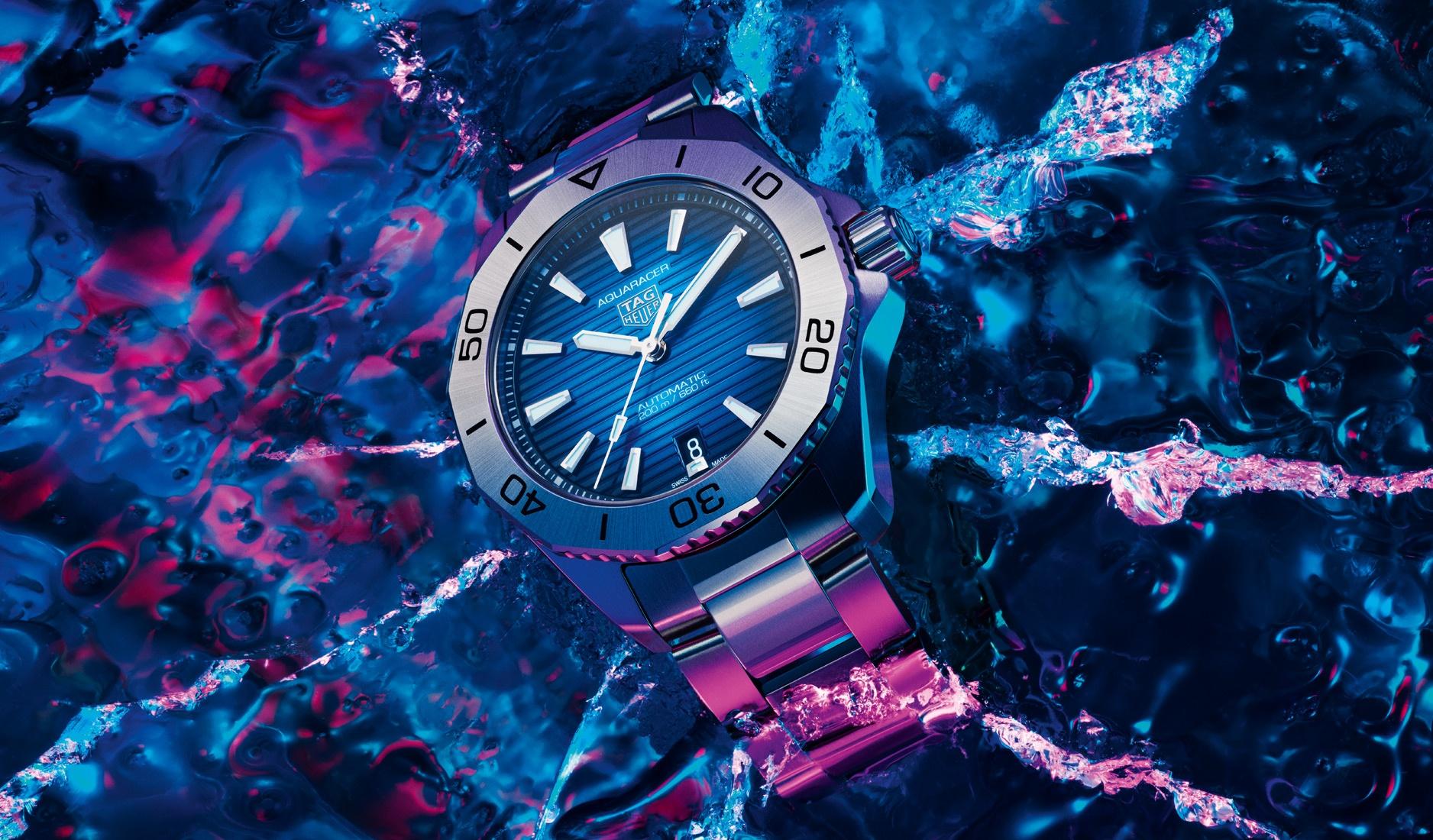 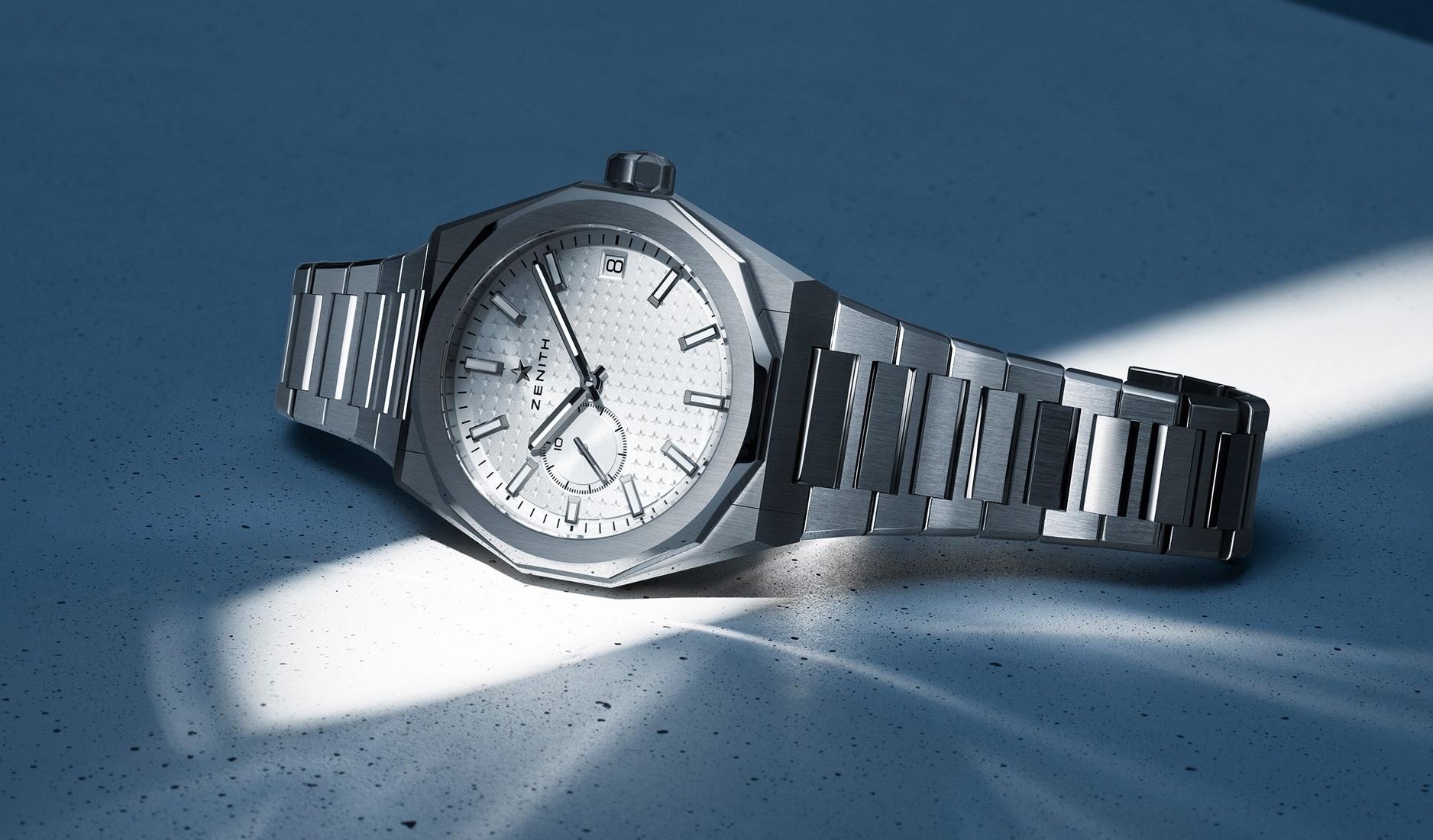 A new addition to the Zenith lineup, the Defy Skyline takes the spotlight at the brand’s showcase this year. Offered in a choice of black, blue or silver dials, the debut Defy Skyline range may seem ‘basic’, but these stainless steel watches pack a fair bit of substance with nuanced details and, more importantly, fresh mechanical impetus. Inside, the watches run on the new El Primero 3620 automatic movement. Like its famed chronograph version, the El Primero 3620 beats at a high frequency of 36,000 vph. It also features a similar architecture to the El Primero 3600 1/10th of a second chronograph, with the 1/10th of a second indicator displayed here on the dial. 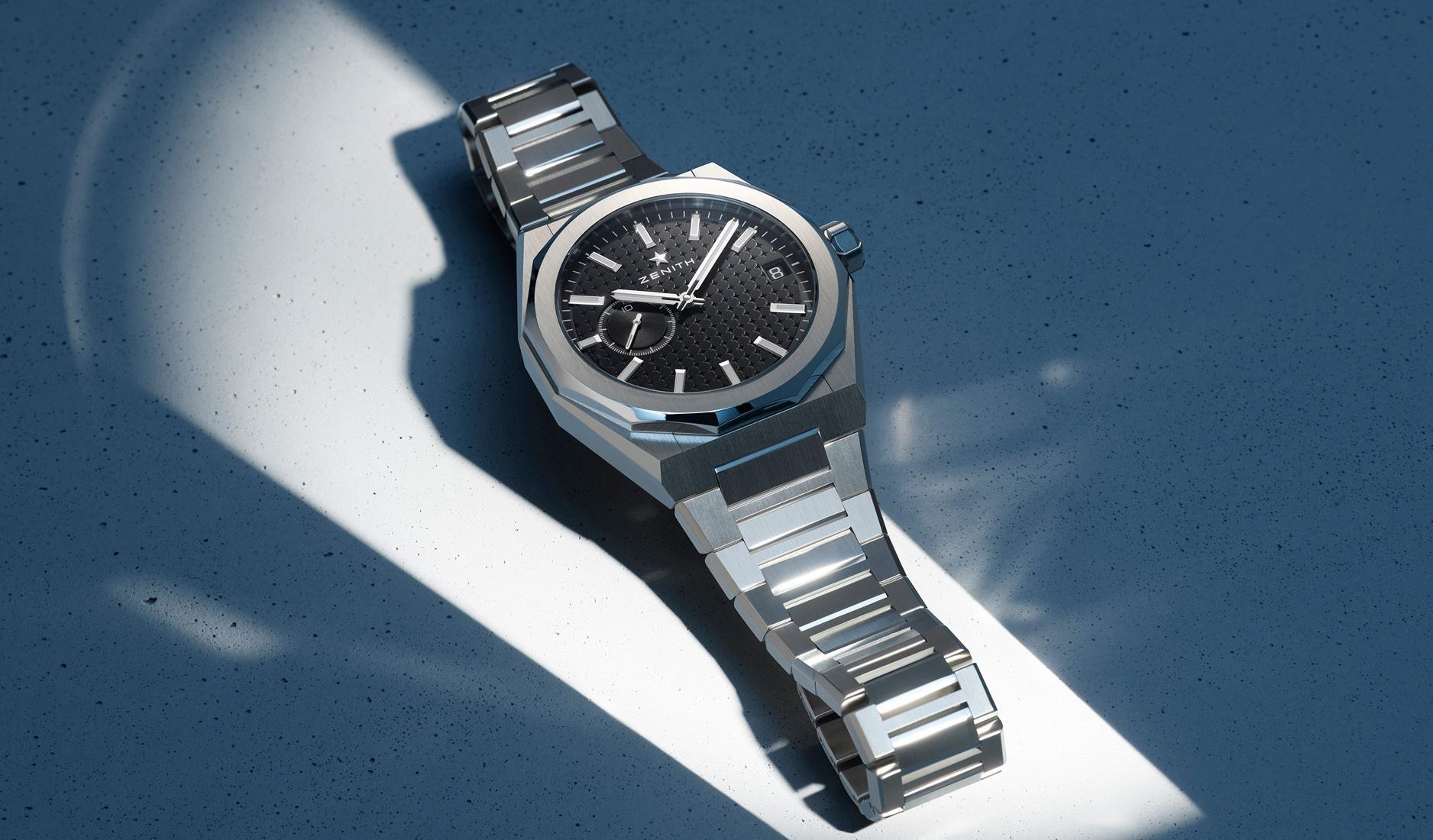 Equipped with a steel bracelet, which one can easily swap for a rubber strap thanks to the watch’s quick strap change mechanism, the Defy Skyline exudes new-school chic backed by nostalgic references. Its 41mm stainless steel case bears an octagonal bezel, which is derived from early Defy models, including the recently revived Defy A3642, while the dial flaunts four-pointed star patterns that hark to Zenith’s ‘double Z’ logo circa the 1960s. Even so, this is a sleek and modern collection that is designed to draw young watch enthusiasts to the Zenith catalogue, while at the same time fulfilling a niche for a more refined expression of the typically aesthetically adventurous Defy collection.