Not many know this, but Singapore Watch Club (SWC) and us kinda go way back. After getting clued into the community’s burgeoning presence on social media over six years ago and subsequently, getting even more impressed by the club’s ethos as we got to know the people behind it, we have been struck by how SWC has stayed true to its founding spirit as it constantly evolved.

Six years on, the club’s founding member, Tom Chng, still fervently champions its core values of “passion, sincerity and humility” within the community. Yes, SWC might appear a bit atas from the outside – the members’ collections and horological knowledge are indeed of a high and pedigreed level – but when one gets to know them, the SWC members are genuinely nice (isn’t that always the case) and generous with sharing their enthusiasm about watches. 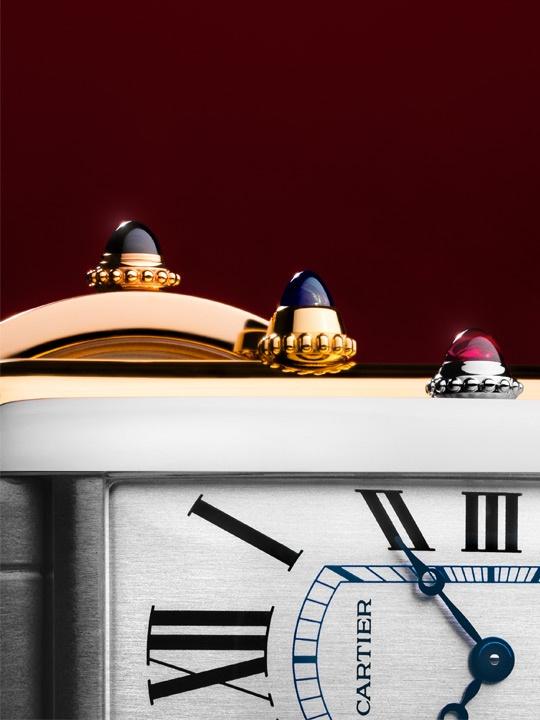 But we digress. As SWC grows from strength to strength, the biggest highlight of its annual anniversary celebrations is the unveiling of the club’s special edition commemorative timepieces. For previous editions, the club has worked with the likes of Ulysse Nardin and Hublot for its anniversary limited editions. For its sixth birthday this year, instead of a single-model limited edition collection, SWC embarked on arguably its most epic and ambitious anniversary project yet by collaborating with Cartier for a range of limited edition models. Yup, plural. 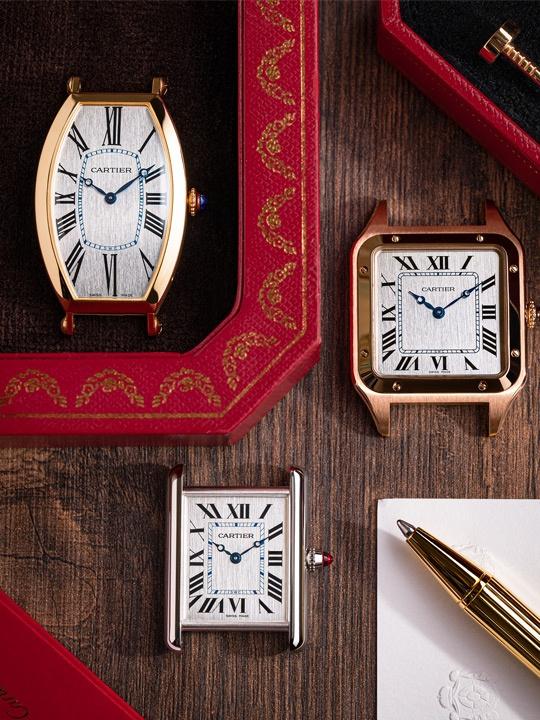 “A big criteria for us is identifying brands with very distinct strengths or historical expertise (for our anniversary watches),” Chng explains. “Cartier’s historical strength, as we see it, has always been its wide selection of timeless shapes. All in simple, time-only executions, they were the perfect canvases for such a conceptual play. It was a crazy idea, but Cartier had the audacity and vision to go take up the challenge to realise our concept.”

He adds: “It is natural for brands to be wary of opening the floodgates to such projects. Of all the communities out there, we are honoured and flattered to have the opportunity to do this with Cartier. Quite honestly it still feels surreal.” 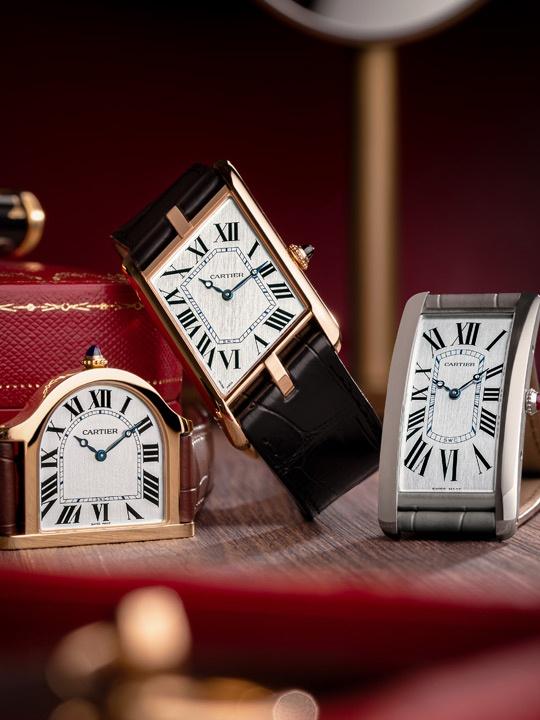 Previous SWC anniversary editions are imbued with features that meaningfully express the club’s tenets and the Cartier limited editions are no different. The pink gold, yellow gold and platinum cases, for instance, represent SWC’s codes of ‘passion, sincerity and humility’, respectively, and with each word engraved on the corresponding caseback. Elsewhere, a thread of discreet design elements run through all 18 watches. They include satin-brushed silver dials with blue railway tracks with the letters ‘SWC’ in it, and the Roman numeral ‘VI’ flipped to an upright position in homage to the anniversary year. 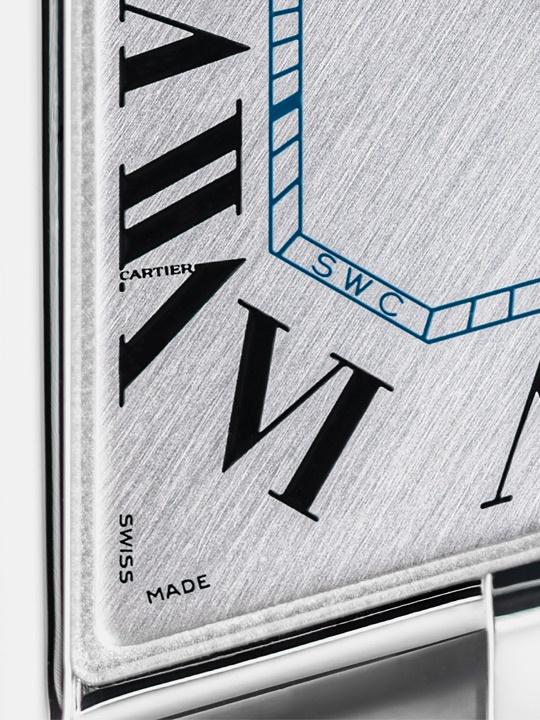 “The biggest challenge was to pay homage to the number ‘VI’, without disrupting the serenity and congruence of Cartier’s design. We were stumped. Until a member casually suggested: ‘How about we just flip it so the VI becomes upright?’ Nobody would know but us. What an elegant approach, Cartier loved it, too, and we went for it,” says Chng. 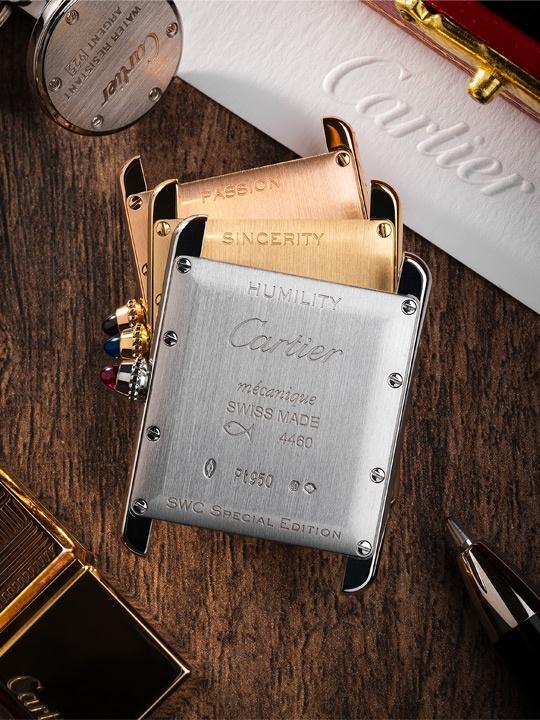 The watches are priced at a ballpark figure of S$20,000 to S$50,000, with the ‘cheapest’ being the Tank Louis Cartier and the priciest being the Cloche in platinum. Chng admits that the club “did not have an eye on the budget” when embarking on the project. Instead, its members were simply “thrilled by the opportunity to explore the concept of everyone having a truly unique watch”. “Thankfully the subscribers could discern the importance of having an artistically designed, best-in-class, precious metal dress piece to add to their respective collections,” he says. 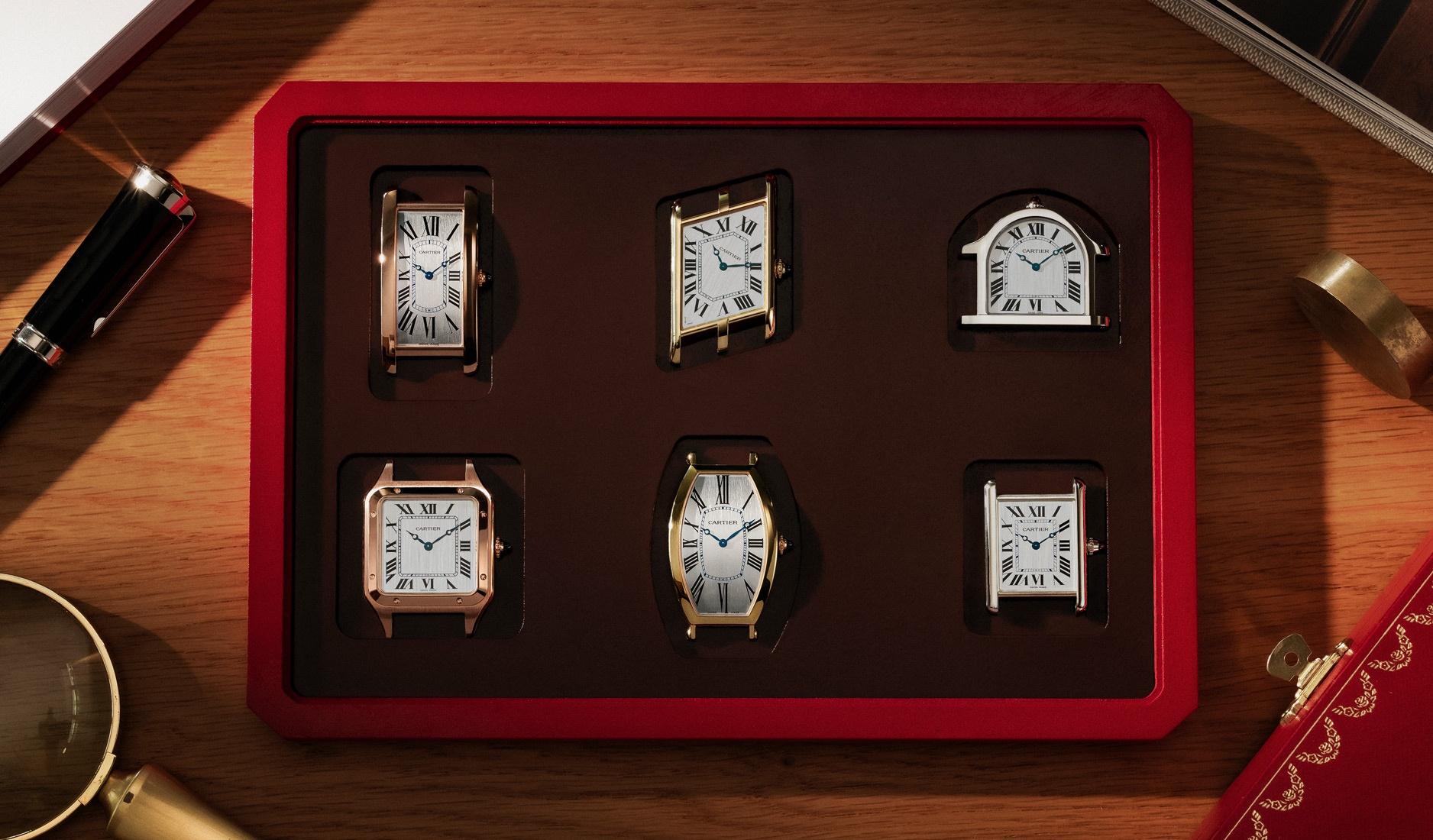