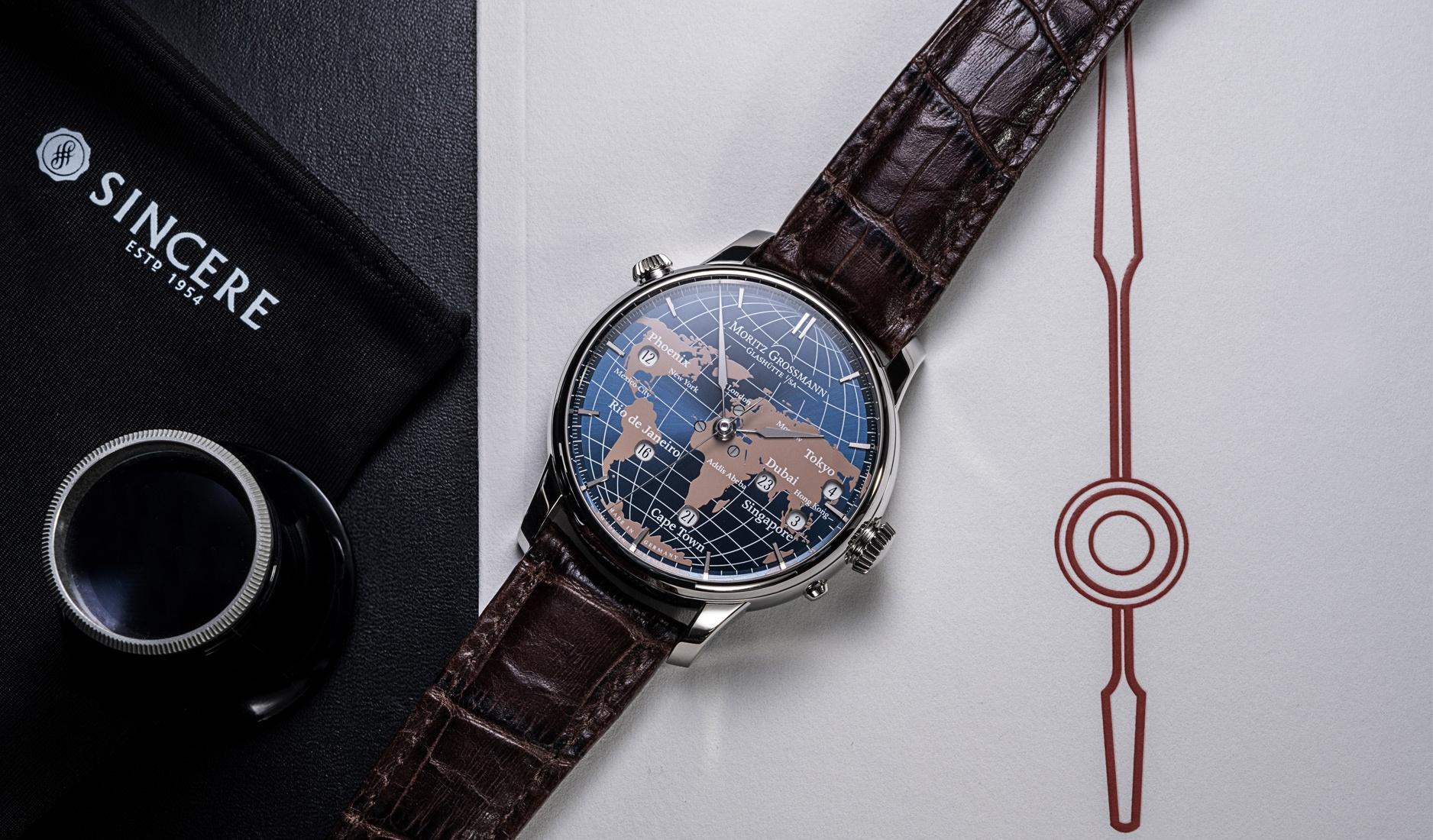 One of my favourite things to do as a kid whenever I was at the airport was to check out the gigantic world map at the arrivals hall, which was accompanied by many clocks displaying the times in different parts of the world. Knowing that it was noon where I was at, while at the same time, also morning in London and midnight in New York, used to blow my tiny mind. That the world could be so vast, with so many people going about different lives all at once, felt imperceptible then. Many decades on, this childlike fascination with our expansive yet intrinsically connected world is rekindled by independent German watchmaking house, Moritz Grossmann, with its captivating new world time complication, the Universalzeit, that was launched in Singapore in partnership with Sincere Fine Watches. 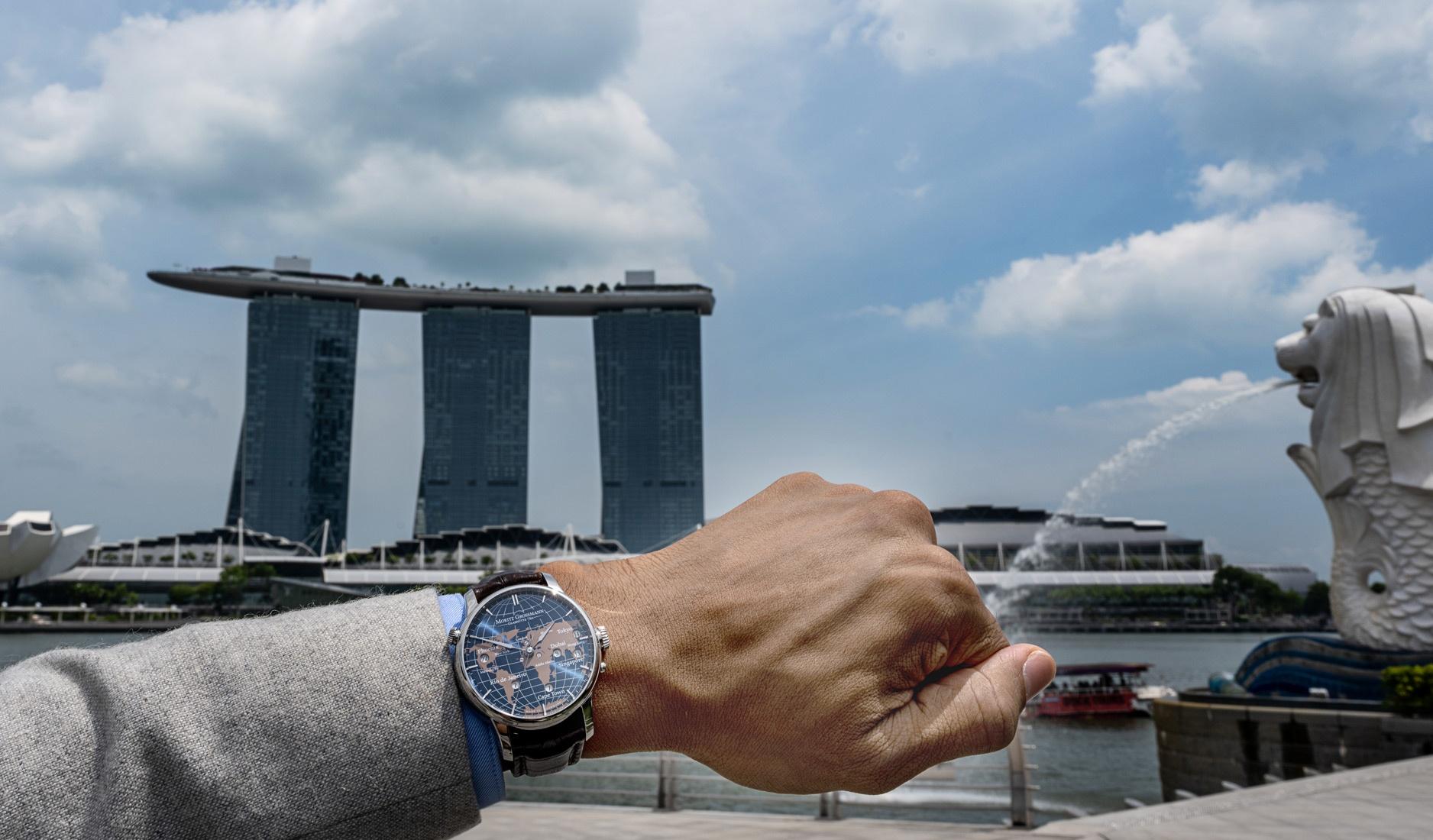 Much like the aforementioned airport world time map, the Universalzeit features a world map on the dial. In place of the clocks are windows indicating the hours for six different cities – Phoenix, Rio de Janerio, Cape Town, Dubai, Tokyo, Singapore/ Hong Kong – accompanied by the main hour and minute hands showing the time of the current location. And, like the gargantuan world time map I saw as a child, the Universalzeit reveals the entire world at a single glance to its wearer, cumulating in an experience that goes beyond just ascertaining the time all over the world, but evoking emotions that are altogether more moving and romantic.

That said, the Universalzeit is not just about firing up the imagination. The 44.5mm steel watch’s unique world map display serves its practical purpose, too. Unlike other world timers that indicate the different time zones via a rotating city disc, which, depending on the complication’s level of functionality, can require a little bit of mental acrobatics to actuate and determine, the Universalzeit is a lot more intuitive. The map of the world is spread out, with its major cities across all the main continents – and the time for each – clearly marked for easy reading. 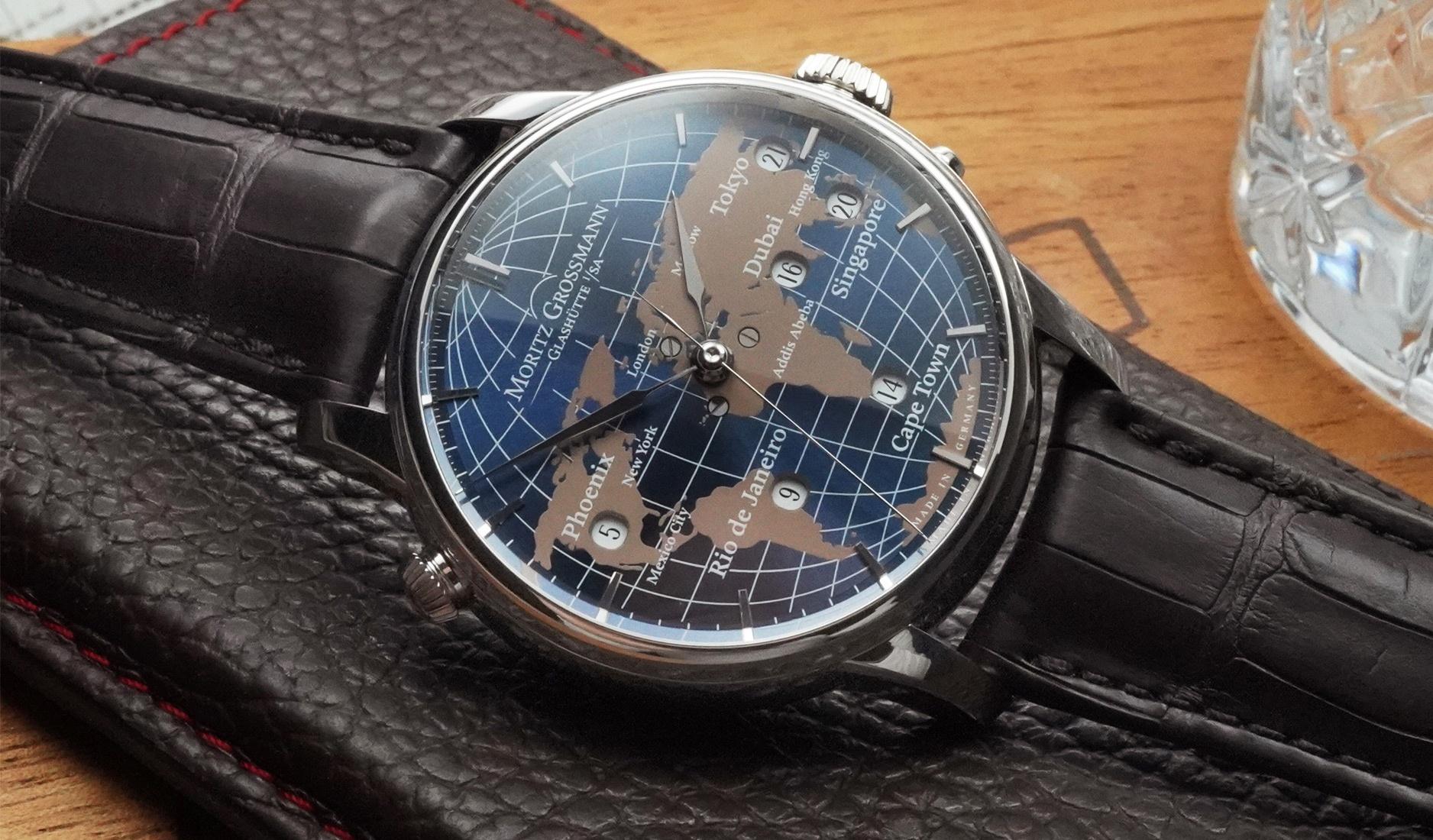 “We wanted to invent a multi-time zone watch that gives you a geographical orientation of the time zones. It is a mechanical watch but it shows you the time just like how a digital 24-hour time display would,” explains Christine Hutter, CEO of Moritz Grossmann.

She adds: “With the Universalzeit’s geographically positioned time windows, you have a great overview of the time in different time zones at one glance. The displays show the exact hours in each city and the accuracy of the displays are down to the second. We have also chosen to show cities that don't need daylight savings time. This means that the Universalzeit indicates the actual time all year round, and no adjustment is necessary.”

But if you ever need to, setting the watch is just as fuss-free. The crown at three o’clock allows you to set the main hour and minute hands, as well as the time in the window displays. The latter is automatically synchronised so setting the time in one city is enough to ensure that the rest of the window displays are accurate. Additionally, the main hour hand can be set separately from the world-time displays via a pusher at 10 o’clock, which moves the hand forward or back in one-hour increments. 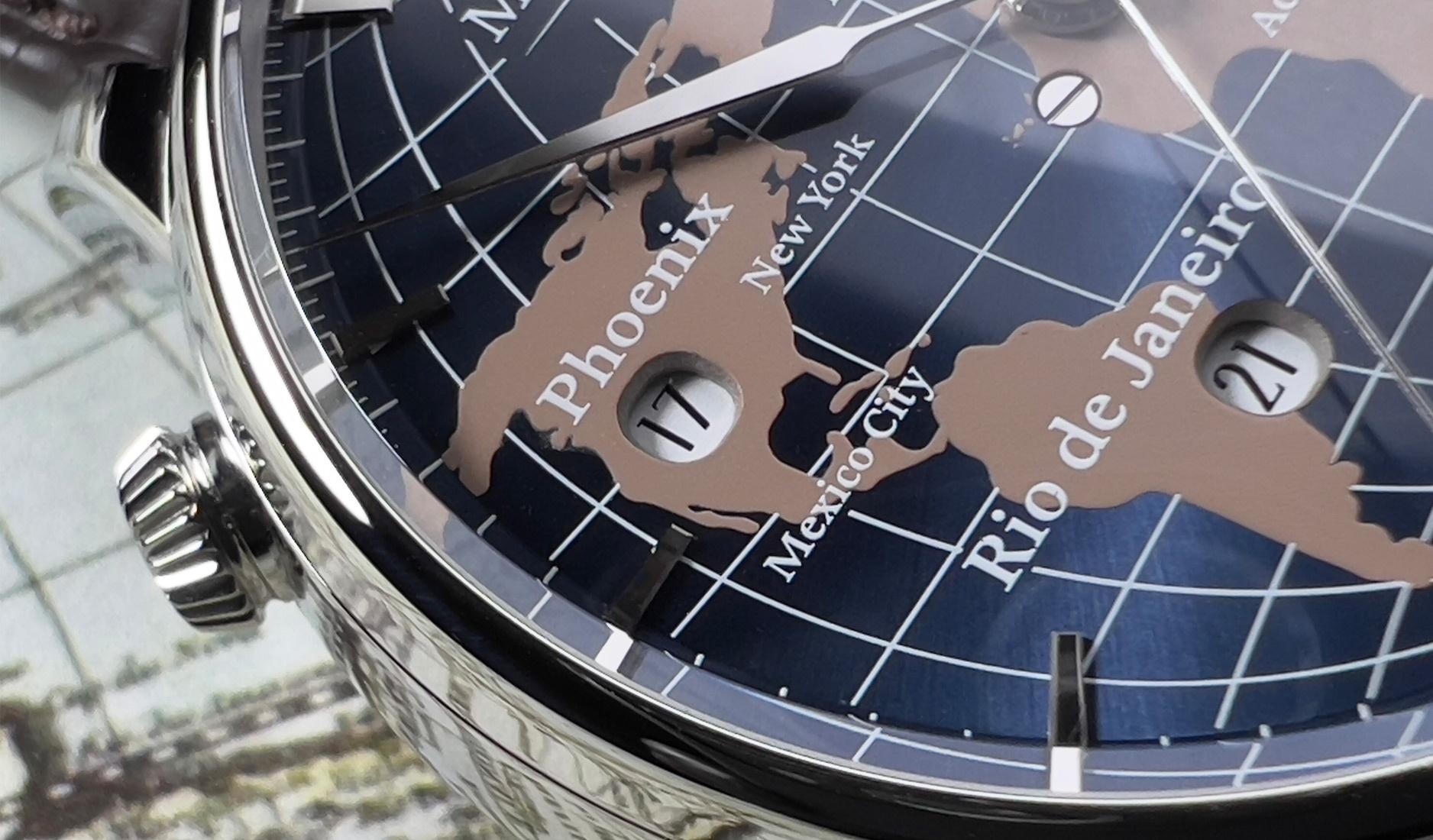 The Universalzeit’s remarkable ease of use belies its technical complexity. The watch runs on Moritz Grossmann’s in-house Calibre 100.7, a hand-wound movement that adds to an impressive repertoire of 15 in-house calibres, often fitted with unique features and mechanisms, that the brand has introduced since its launch in 2010. 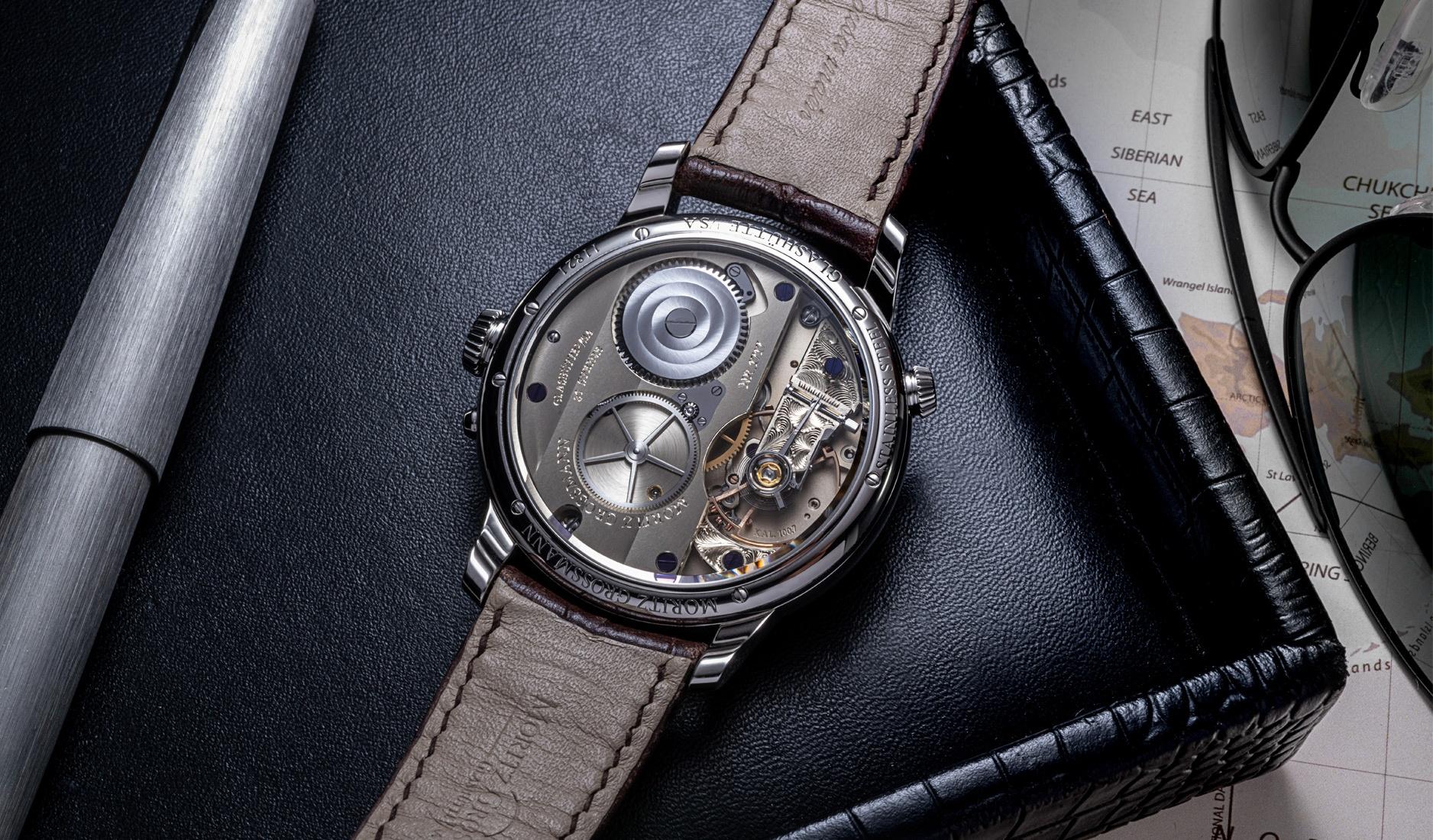 For one, the Calibre 100.7 comes with a jumping hour mechanism that switches all the time in the window displays instantaneously - a clear mark of the watch’s mechanical finesse. To make this work, a large disc that spans the entire width of the movement is precisely positioned by a ratchet spring, and connected to a 24-tooth ratchet wheel. On this disc is an assortment of printed numerals, 1 to 24, each arranged at a 15-degree angle across six rings - one representing each city’s time. Each time the minute hand passes 12 o’clock, the ratchet wheel and the disc move forward by one position. With the aid of the ratchet spring, and the precise angle at which each numeral is printed, the hour display for each city is perfectly and horizontally aligned at each hourly switch. 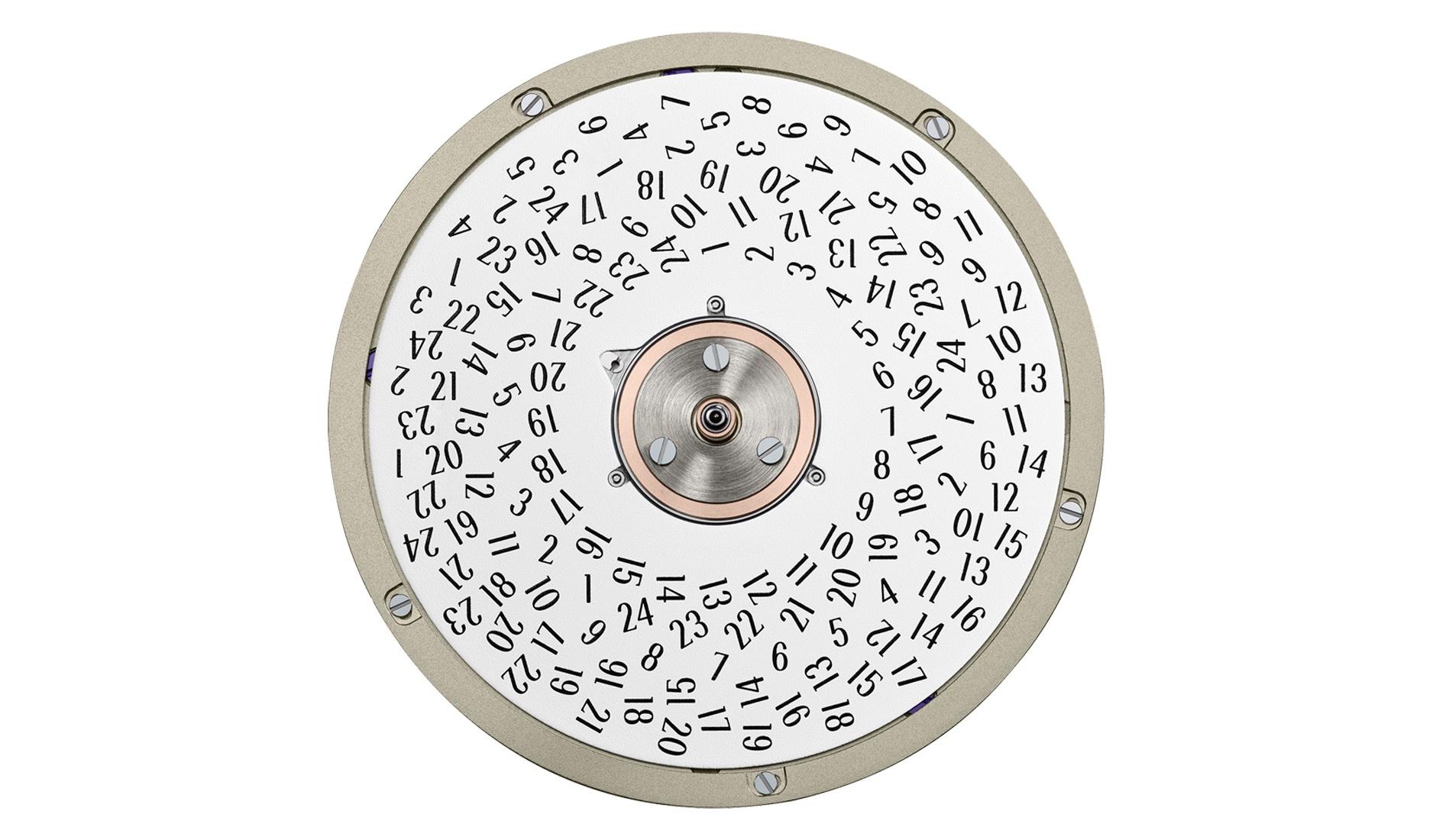 To cap the ingenious world time features, Moritz Grossmann lavishes the Universalzeit with its signature refined finishing. Not known to cut corners, the brand showcases its mastery of aesthetic work from dial design to decorative flair.

The dial depicts a classic-style world map complete with filigreed longitudinal and latitudinal markings, upon which the time zone windows and hands are neatly poised and positioned for legibility. The galvanised base of the dial gleams in blue with sunray finish to depict the oceans, while the continents are sheathed in a salmon hue that has been all the rage of late. And then, there are a multitude of fine finishing details that are best appreciated under a loupe, from the immaculate sheen of the flat-polished lancet hands on the dial, to Moritz Grossmann’s signatures like the hand-engraved balance cock, two-third German silver plate with precise Glashütte ribbing and ratchet wheel with three-band snailing. 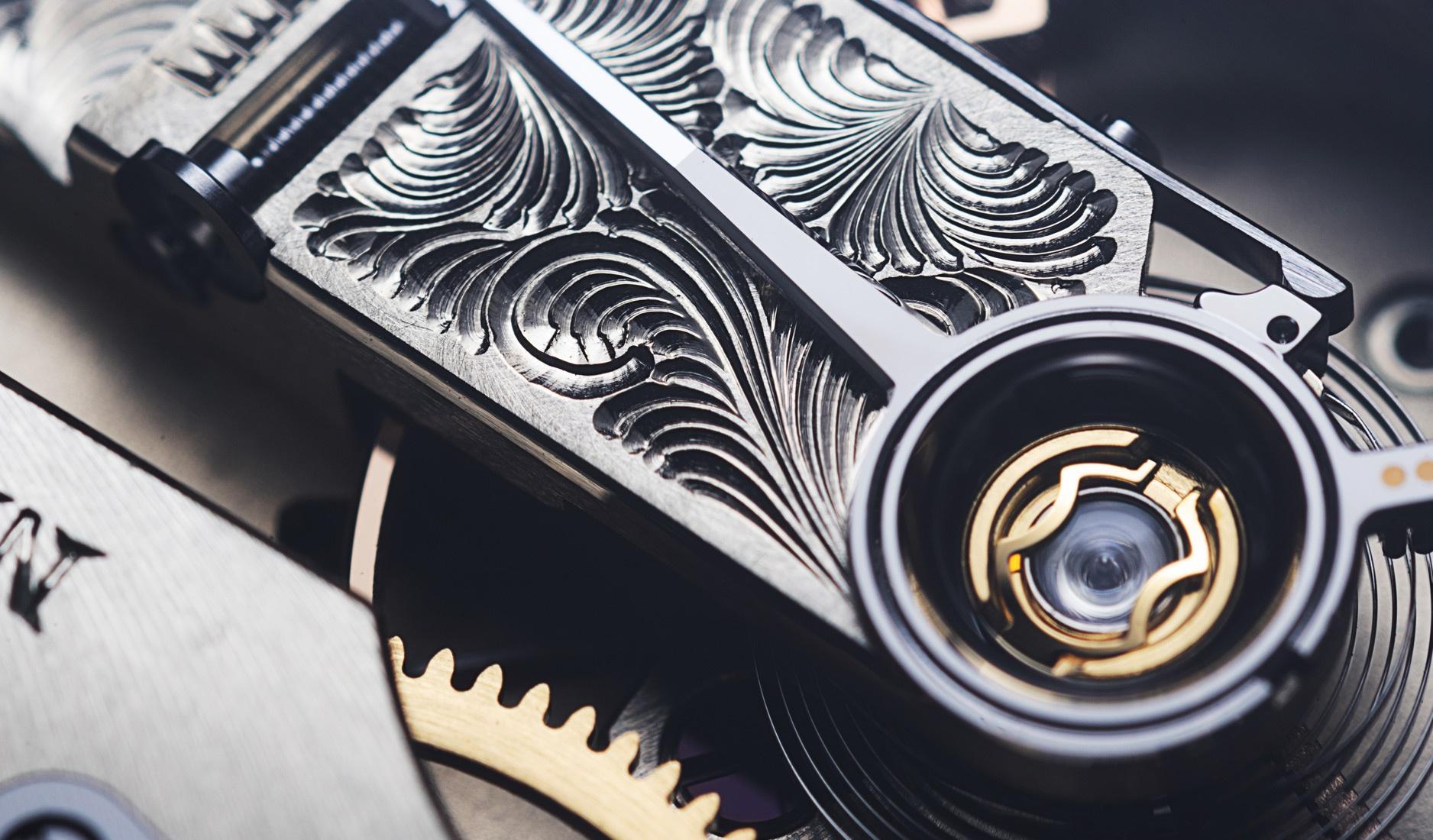 Unlike many brands that proclaim to meld “tradition with innovation”, Moritz Grossmann, despite its relative youth and independent stature, walks the talk. Just as how the brand had previously astonished collectors with delightful creations that include the Benu Tourbillon, featuring a tourbillon that can be stopped by a hacking mechanism embedded with human hair (which can be customised), and the Benu Tremblage that features the rare, artisanal tremblage hand-engraving technique, the Universalzeit truly brings together old- and new-school horology in one stunning timepiece. Hands down, this is one of the most exciting and unique world time watches that you will see this year. 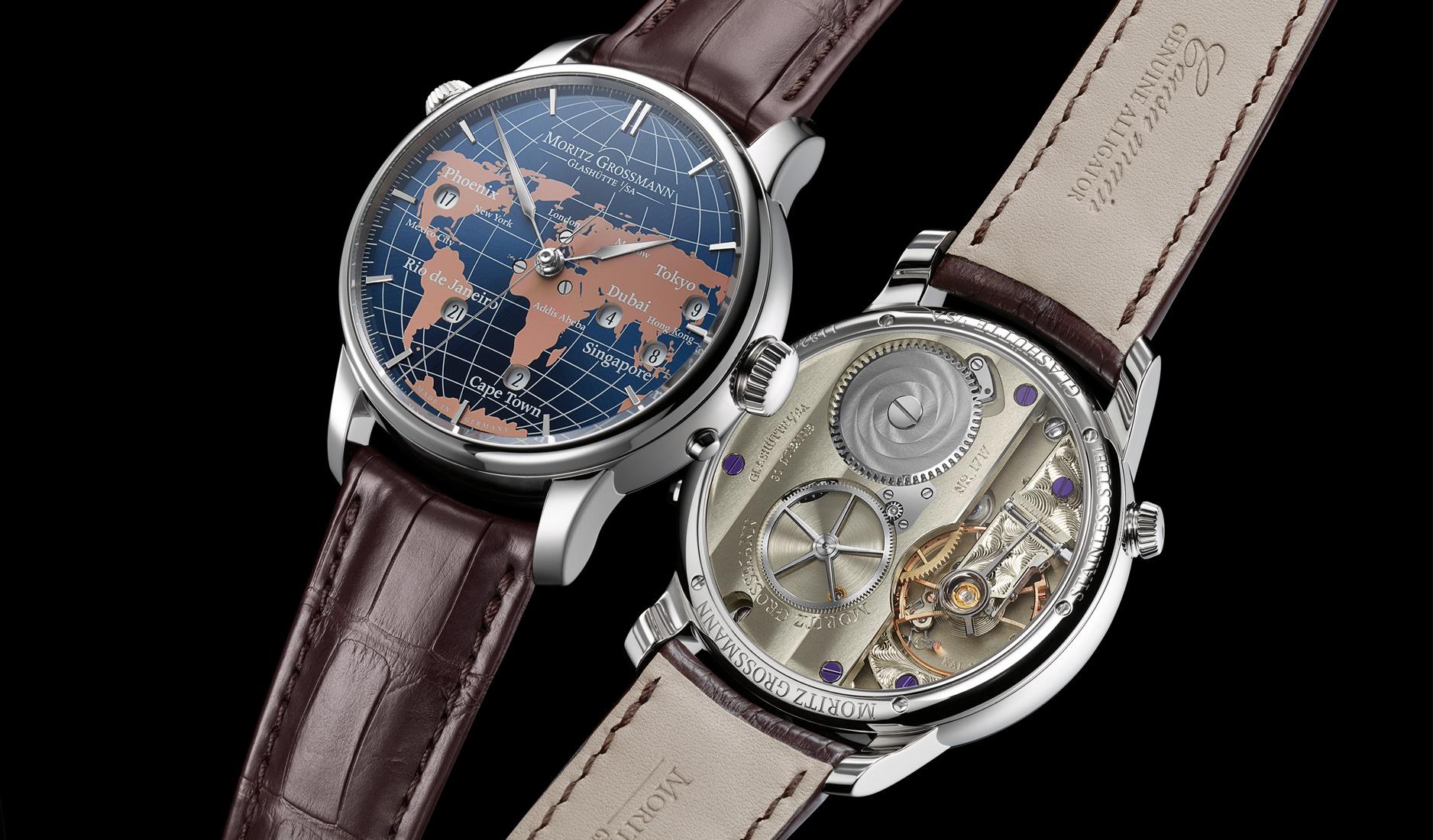