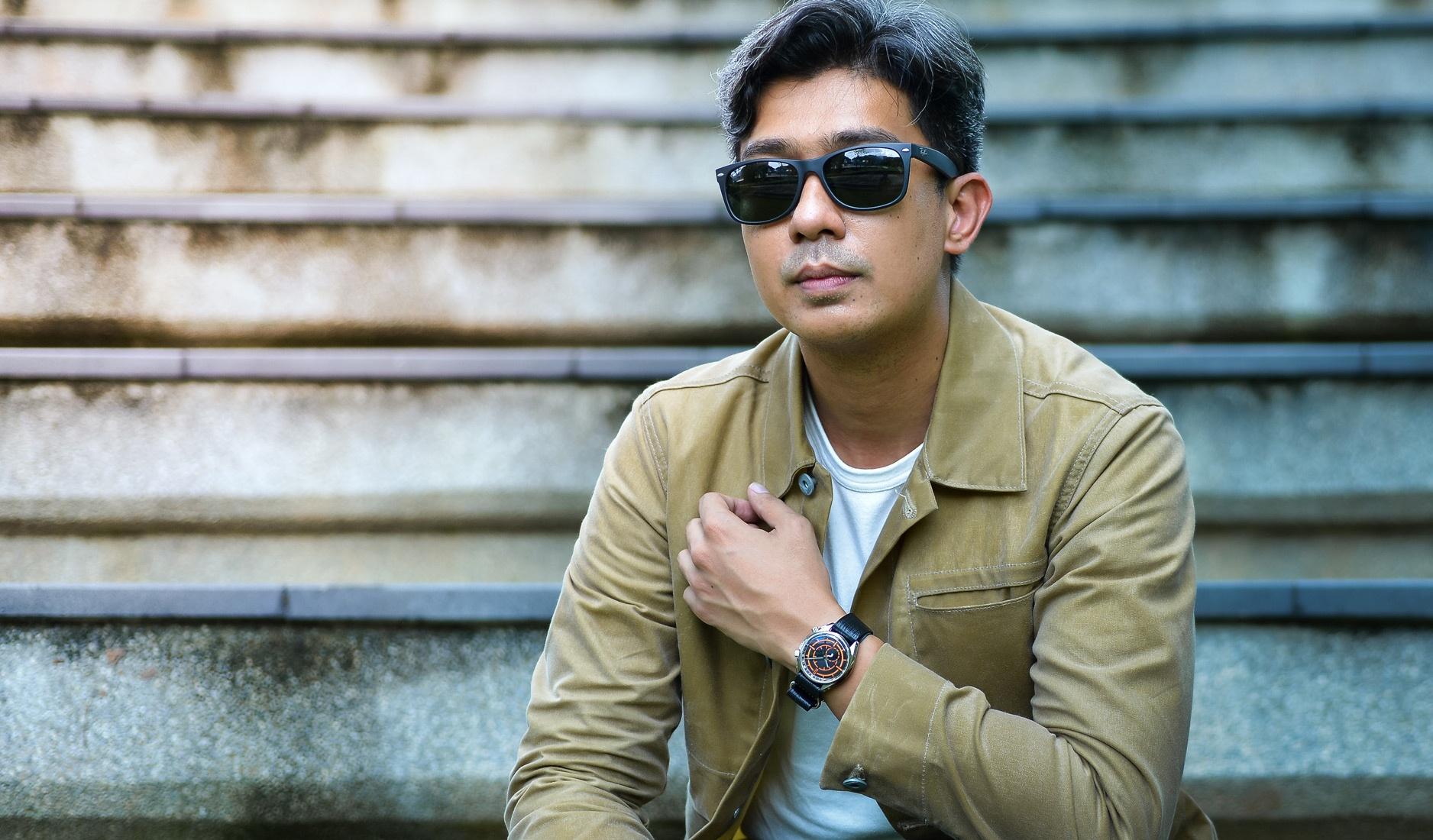 Think watch microbrand and one’s inclined to imagine a boutique-style set-up with a free-spirted, produce-as-they-wish approach to making watches. Not quite the organised, relentless and well-oiled Swiss horological juggernaut with a five-year product plan that many collectors would be well-acquainted with.

Given this perceived dichotomy, it is fair to say that Feynman Timekeepers has knocked it out of the park. The Singapore-born microbrand didn’t just hit the ground running in 2018 with well-crafted watches. Despite its youth and size, Feynman demonstrates maturity behind its conception and releases, suggesting a considered methodology that allows its brand identity to flourish with a range of watches that offer both variety and depth – an approach that would perhaps have been more typical to ‘big’ brands. 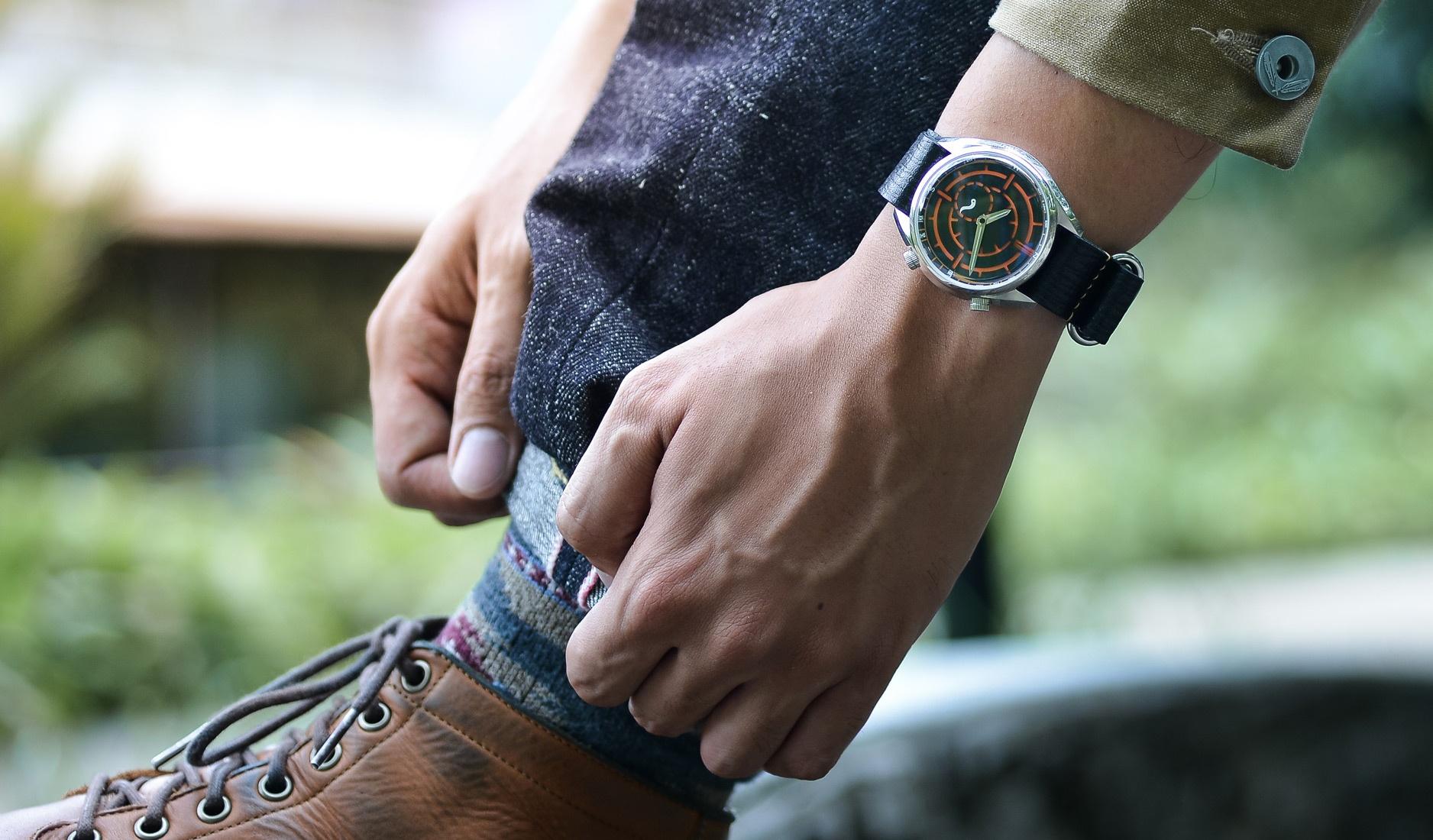 The new Feynman Fjord is the company’s fourth release in as many years. Even more impressive than the regularity and frequency of its releases, is the manner in which each new collection adds to the brand’s tapestry. The Fjord is Feynman’s land-inspired series of watches, joining a repertoire that currently includes a dress watch line (Feynman One from 2018), a dive-inspired collection (Cove from 2020), and a collaborative metiers d’art series featuring hand-enamelled dials (Feynman Coalesce from 2020).

Despite the collections’ myriad styles, they are all unequivocally and uniquely Feynman’s creations. The watches are distinguished by the crown’s oft-kilter position at four o’clock and, on most models, a seconds sub-dial with a serpentine hand at seven o’clock. Likewise, the Fjord brandishes these signature features while introducing a stylistic twist that evokes the spirit of navigation and adventure watches.

Like the Cove series of dive-inspired watches, the Fjord collection serves as the sportive expression of Feynman’s lineup. The watches come in 40mm steel cases with a slightly more curvaceous profile compared to the angular accents of the Feynman One and Feynman Coalesce. Similar to the Cove, the Fjord is distinguished by two knurled crowns: one to set the time and the other to set an inner rotating bezel flange, inscribed here with compass cardinal, inter-cardinal and secondary inter-cardinal markings. 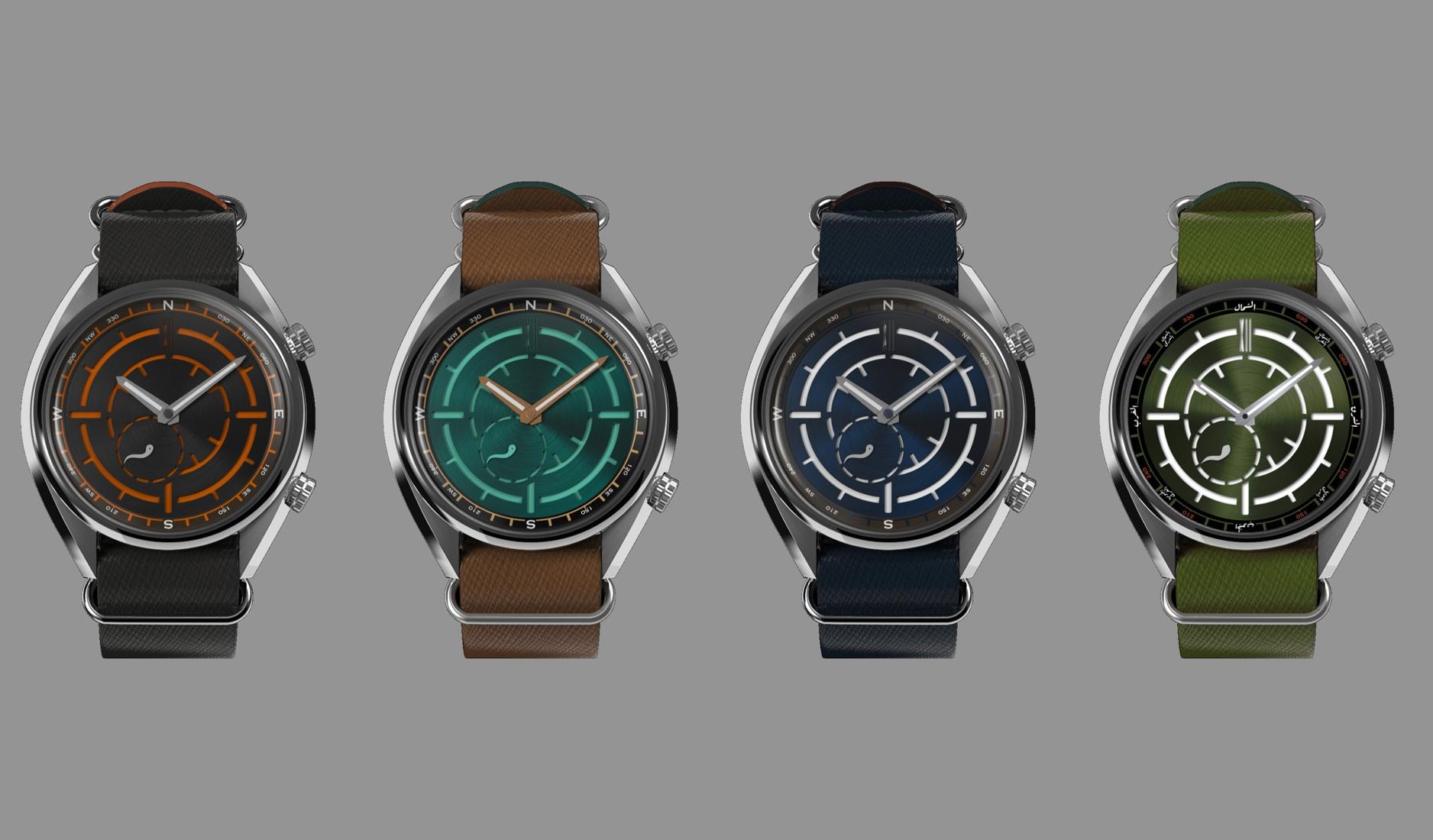 The compass-inspired theme is echoed on the Fjord’s sandwich dial, comprising a top plate etched out with radial motif, and a bottom plate coated with a special luminescent material known as Chrono.AMR. Developed in Singapore by the research and development arm of Chrono.Design, the watch consultancy collaborating with Feynman Timepieces, the exclusive luminescent material is ostensibly much brighter and longer lasting compared to regular Super-LumiNova, and glows in green, blue, or orange, depending on the model.

The high-wattage lume isn’t the only performance-packed feature going for the Fjord collection. The watches are water resistant to 200m, encased in sapphire crystal with anti-reflective coating, and driven by the industry-grade ETA2895-2 movement with 42-hour power reserve.

Also, the inner bezel compass isn’t just for show. After figuring out where south is from your watch (quick how-to: point the hour hand to the sun, and the mid-point between the 12 o’clock marker and the hour hand is south), you can then rotate compass marking to the desired position, set it and use the Fjord as an easy visual reference as you navigate. 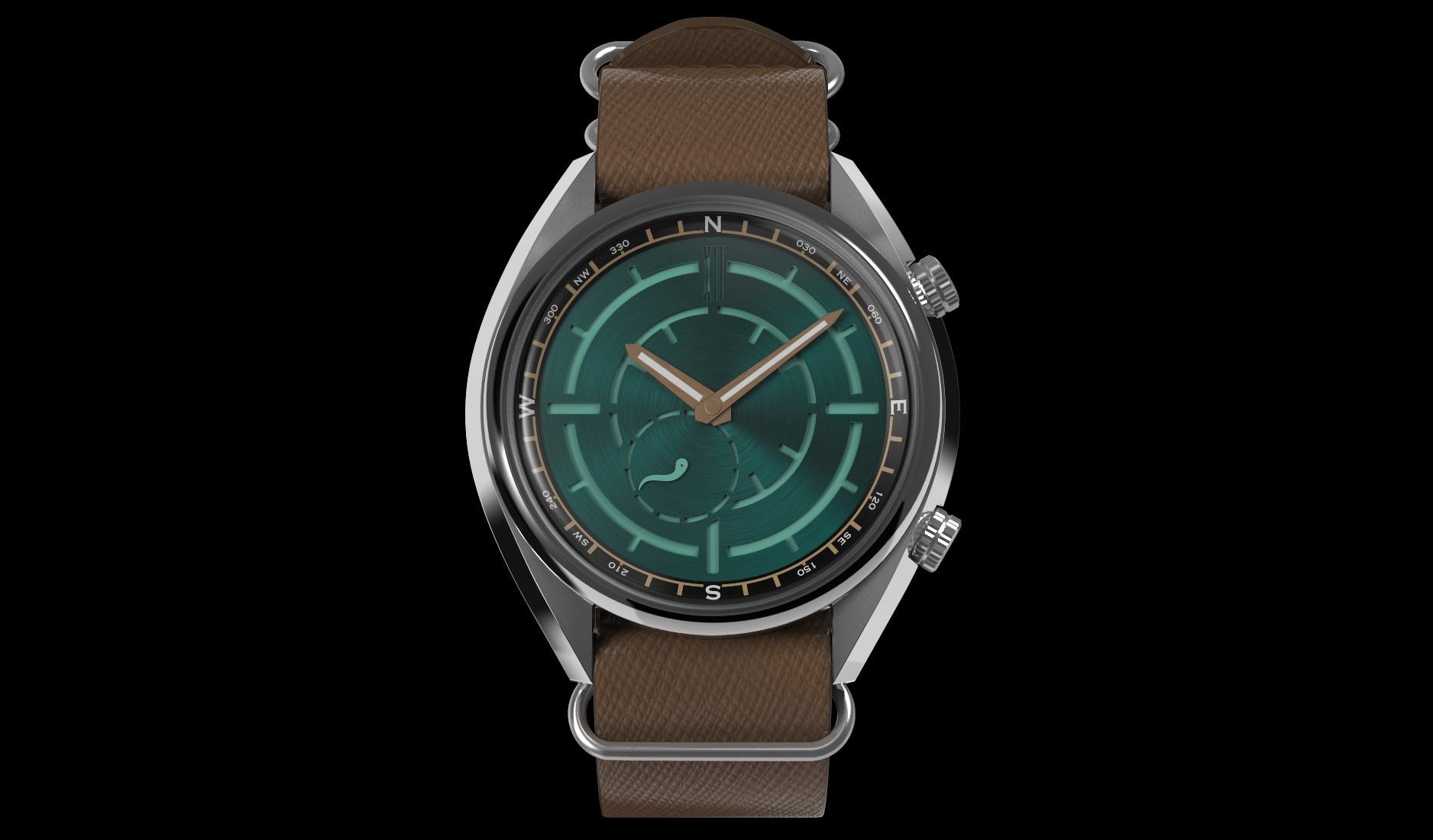 There are four Fjord models to choose from, of which two are limited edition runs. The ‘Founder’s Edition’ is an anticipated exclusive series that is customary to all Feynman’s releases. Like previous Founder’s Editions, the Fjord Founder’s Edition is distinguished by a signature colour combination of teal and rose gold, and is capped at 50 pieces.

The other exclusive edition is the Fjord ‘Khor’, which commemorates the partnership between Feynman and Chrono.Design, which is now in its fourth year. Limited to 30 pieces, the watch is sheathed in olive green, and features compass inscriptions in modern standard Arabic font, a nod to Chrono.Design’s headquarters in Singapore’s Arab Street. Rounding up the Fjord series are the ‘Magma’, which comes with a black-and-orange dial, and the ‘Tempest’, which sports a dark slate-grey-and-white dial. 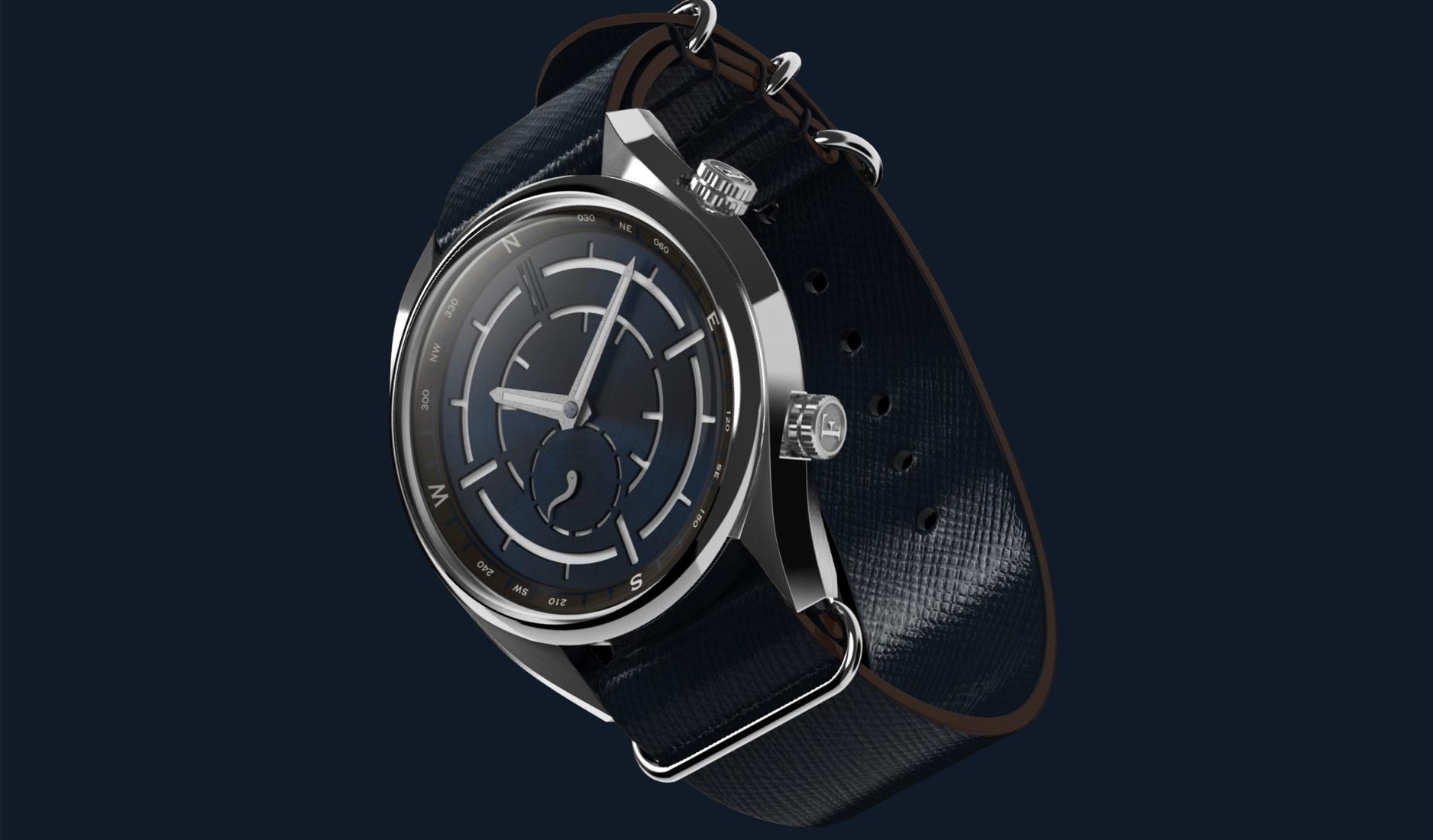 A stylish evocation of adventure with a compass bezel, striking dials, and gorgeous lume hues, the new Fjord collection adds another pretty awesome feather to the fledgling microbrand’s rapidly decorated hat. With an impressive catalogue that includes a dress timepiece, dive watch, artisanal model and now, a ‘land-adventure’ offering, we won’t be surprised if an air or pilot’s-inspired collection is next on the cards. You know, just like how the 'bigger' brands do it. 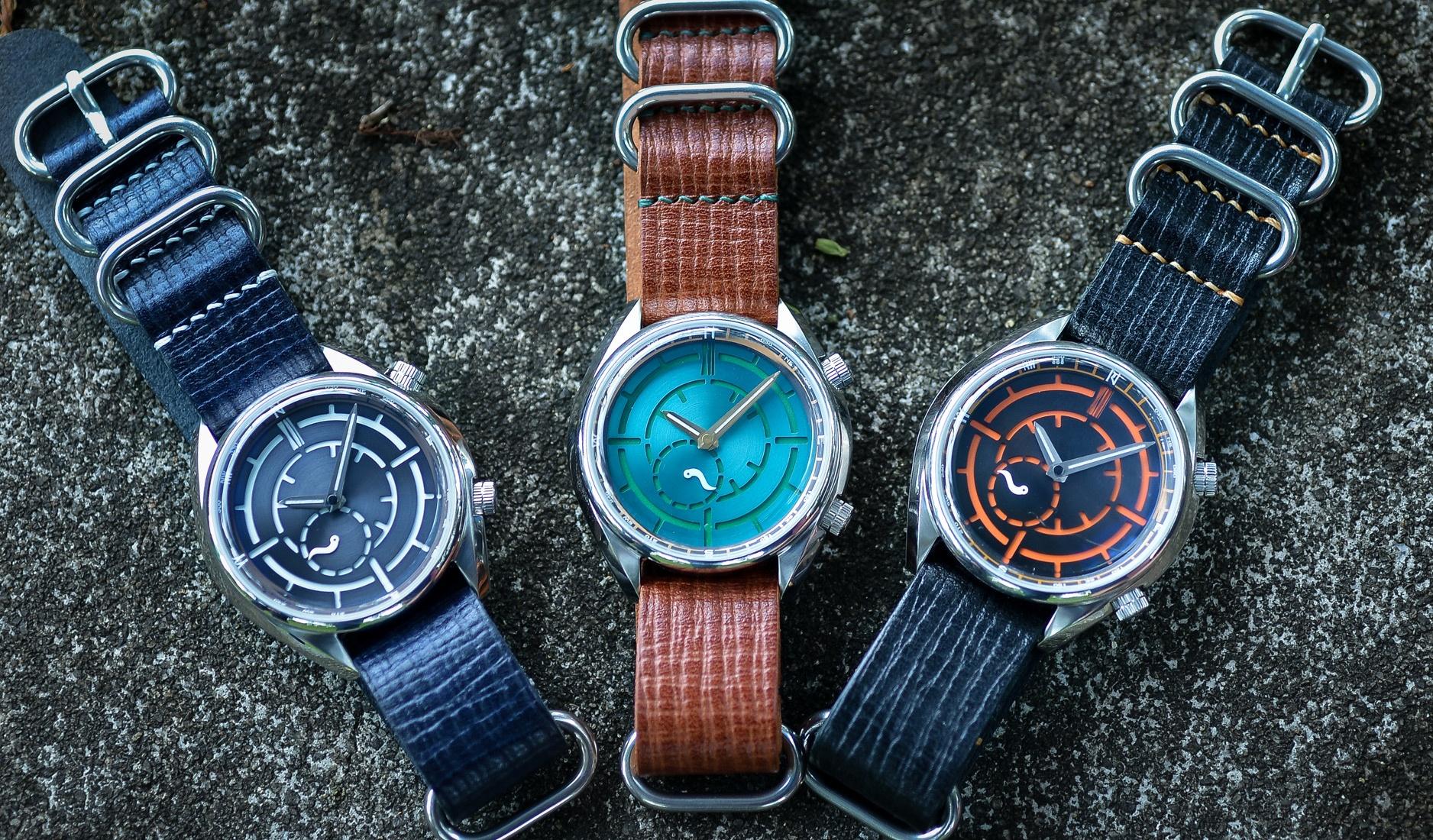