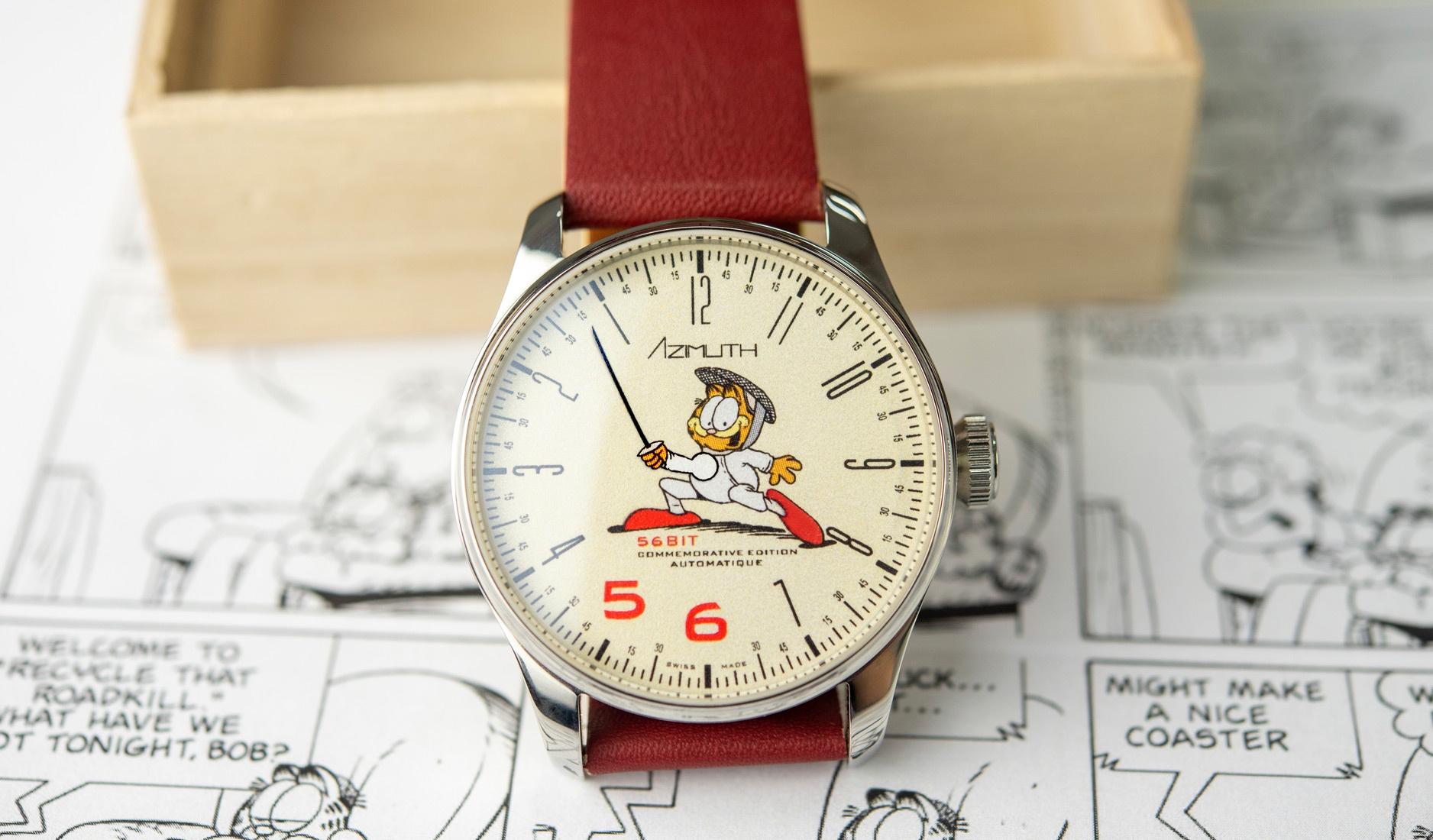 Known for making watches with whimsical and unconventional time displays, Azmiuth’s Back In Time watch, first introduced in 2009, is a single-hand automatic timepiece that tells time in the reverse direction. Instead of the hand marking the passage of time in a clockwise direction, as you find in regular watches, the BIT does it in an anti-clockwise manner. As a result, the hour numerals on the dial, too, are placed in an anti-clockwise fashion.

When Azimuth decided to create a BIT edition to celebrate Singapore’s 45th National Day in 2010, it specially highlighted the ‘4’ and ‘5’ markers, as the numbers fell in place perfectly given how they are lined up. Eleven years on, as Singapore celebrates its 56th National Day, the numbers ‘5’ and ‘6’ again present themselves naturally on the dial, leaving the brand little choice but to acknowledge the opportune moment to create a new limited edition series. Capped at 56 pieces, the new 56 BIT Singapore Commemorative Edition in 42mm steel offers more of the collection’s reverse time-telling capriciousness. The numbers ‘5’ and ‘6’ are writ large in red, of course, joined by cartoon character Garfield, depicted in a red-and-white fencing suit with a foil in hand.

While undeniably cute and universally adored, the choice of Garfield as a mascot is a curious one. Perhaps Azimuth simply wishes to have the instantly recognisable character inject a sense of mischief into the watch. As for the choice of sport, Azimuth’s press communique explains that showing ‘Garfield in a fencing outfit and going on the offensive (symbolises) our fight as a nation against the pandemic’. 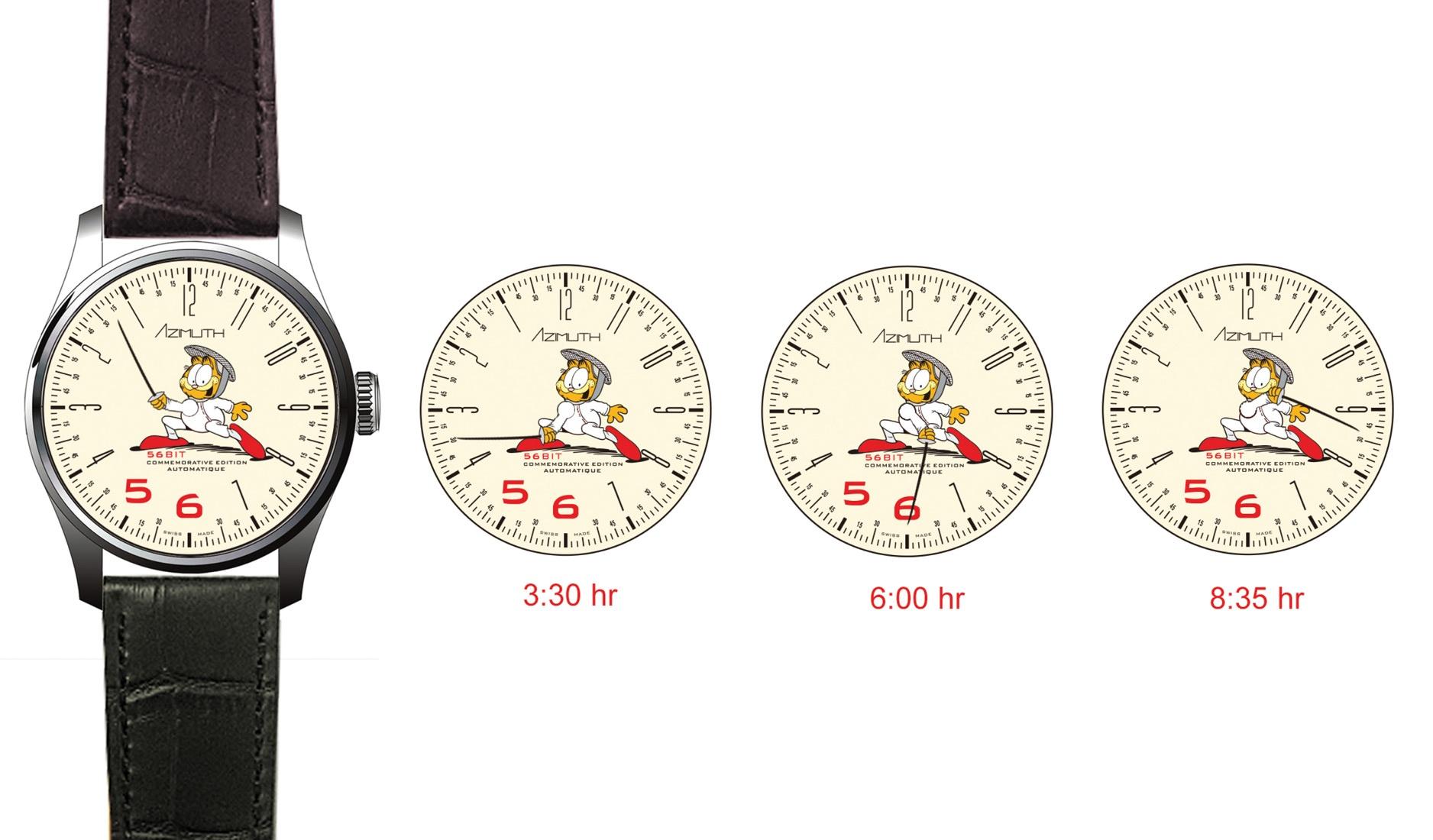 Regardless, the decision to have an iconic comic character with its hand animating the hours is a masterstroke, highlighting both the brand’s penchant for fun, as well as the watch’s unorthodox technical feature.

So, if Azimuth were to make another Back In Time (BIT) watch to commemorate Singapore’s National Day after this one, it would have to wait 11 years – the numbers ‘6’ and ‘7’ are next in line – just as it did after making the previous BIT edition to celebrate Singapore’s 45th birthday. Yes, really.