Trying to make sense of the deluge of reports from the Salon International de la Haute Horlogerie 2016 that ended last week? Here’s a bird’s eye view of what happened.

IT DIDN’T START OFF GREAT…

Just days before SIHH 2016, the Richemont Group, whose stable of brands make up the majority of the fair’s exhibitors, reported further dips in earnings for the quarter ending December 2015, fuelling fears that 2016 will be another underwhelming year for luxury watchmaking. At the SIHH fair grounds, crowds are noticeably thinner, while brand executives openly admitted to challenging times.

…BUT THE NEW STUFF ARE NOTICEABLY MORE EXCITING

If there were a silver lining to be gleaned from the looming financial gloom that hung over the fair, it was that, by a strange twist of script, watch brands woke up from their old-is-gold design slumber that dominated the last few fairs.

In past showcases, the general wisdom was to make fail-safe, classically inspired timepieces for a potentially huge Chinese market. This year, we were genuinely surprised by the breath and depth of new products on offer. New movements, new collections, surprising collaborations and groundbreaking innovations, such as Parmigiani's Sefine escapement (pictured) that promises to extend a movement's power reserve by up to 45 days – boy, are collectors pampered!

WOMEN’S WATCHES COME TO THE FORE

No, really. You probably heard the women’s-watches-are-big-this-year refrain since like forever. But this time, it looks like it’s for real. Roger Dubuis dedicated its entire 2016 collection to women, courtesy of the Velvet collection. Vacheron Constantin and IWC rocked in with their decidedly chunky, masculine Overseas and Pilot’s collections, respectively, but not before ensuring that women got their own svelte-sized versions – complete with own in-house movement for Vacheron Constantin, no less. Elsewhere, Cartier, Audemars Piguet, Baume & Mercier, and Van Cleef & Arpels all marched out awesome creations exclusively for women. Pictured below is the Overseas watch for women in 37mm diamond-set pink gold case with in-house Calibre 5300 automatic movement. 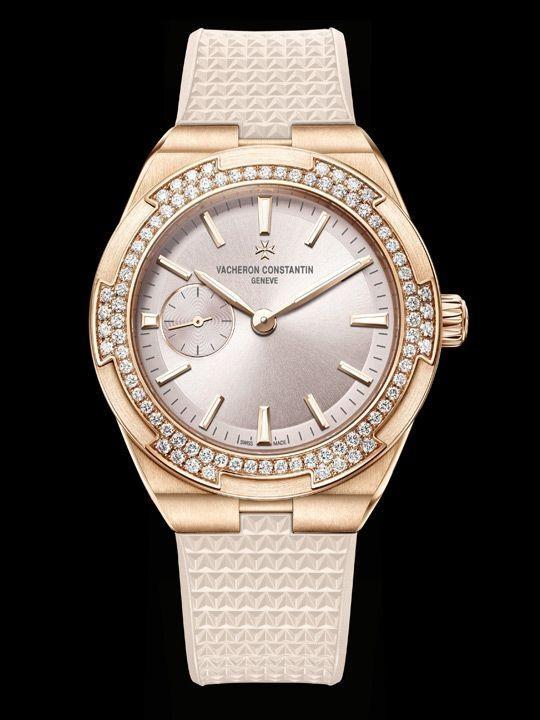 SURPRISES WERE PAR FOR THE COURSE

Last but not least, while we are on the topic of women's timepieces, we are sure fashion rags will be going into overdrive with news of Jaeger-LeCoultre cosying up to Christain Louboutin, or Roger Dubuis enlisting couture shoemaker Massaro to sprinkle magic dust on their horological offerings. These are collaborations for watchmaking houses known to be fiercely protective of their mechanical pedigree (least they be accused of being too fashion-leaning), but none quite as unexpected some off-kilter creations that we spied. Like Piaget’s mechanical-quartz hybrid (Emperador Coussin 700P, pictured) and Richard Mille’s mechanical writing instrument, the RMS05. Gosh, are the gloves really coming off as brands slug it out for a bigger piece of the pie?