Did Singapore Watch Club Just Make The Classiest Hublot Yet?

It’s no wonder they are all sold out. 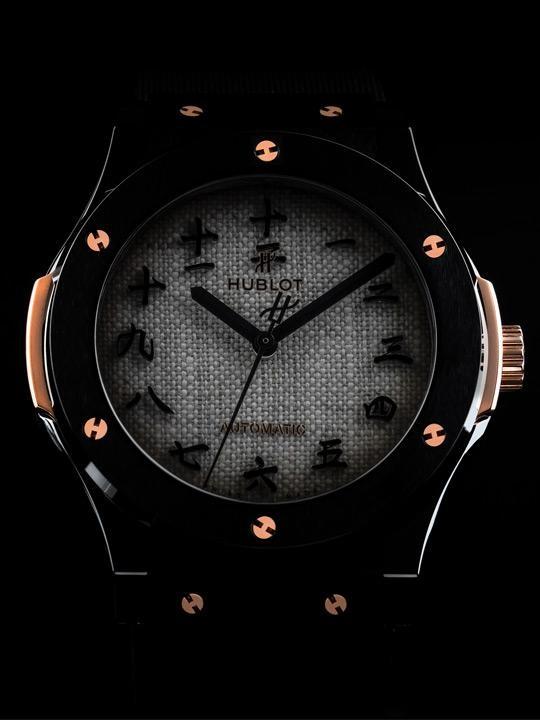 One of this magazine’s favourite bunch of watch enthusiasts, the Singapore Watch Club (SWC), just celebrated its 4th anniversary over the weekend. And as it has become customary, the club commemorated the occasion with a limited edition watch.

Capped at 30 pieces, the Singapore Watch Club’s 4th anniversary Hublot Classic Fusion Singapore Special Edition is literally a work of art and, quite possibly, one of the Swiss watchmaker’s most sophisticated creations. 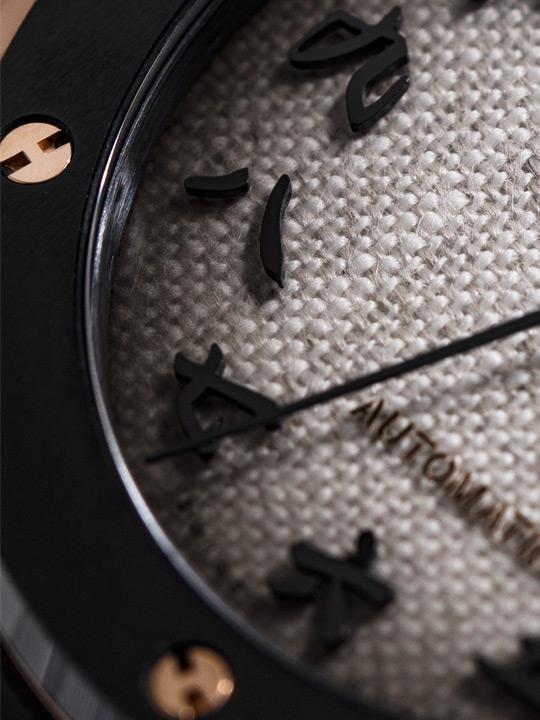 The culturally attuned timepiece fuses (pardon the pun) Hublot’s trademark material play with traditional Asian artistic craft. Encased in black ceramic with gold accents, the watch’s centerpiece is its captivating woven linen dial with a fumé effect, which accords a look that recalls an ancient scroll.

But what truly enlivens the watch are the appliqué hour numerals, depicted by way of Chinese calligraphy, which appears to hover in space, casting shadows over the linen backdrop. The exquisite brushwork is done by Singapore calligrapher Clarence Wee on a canvas so large, it requires full body motion to execute. The work is then miniaturised for the dial, which requires some technical sleight of hand for the ‘mystery’ floating numerals. 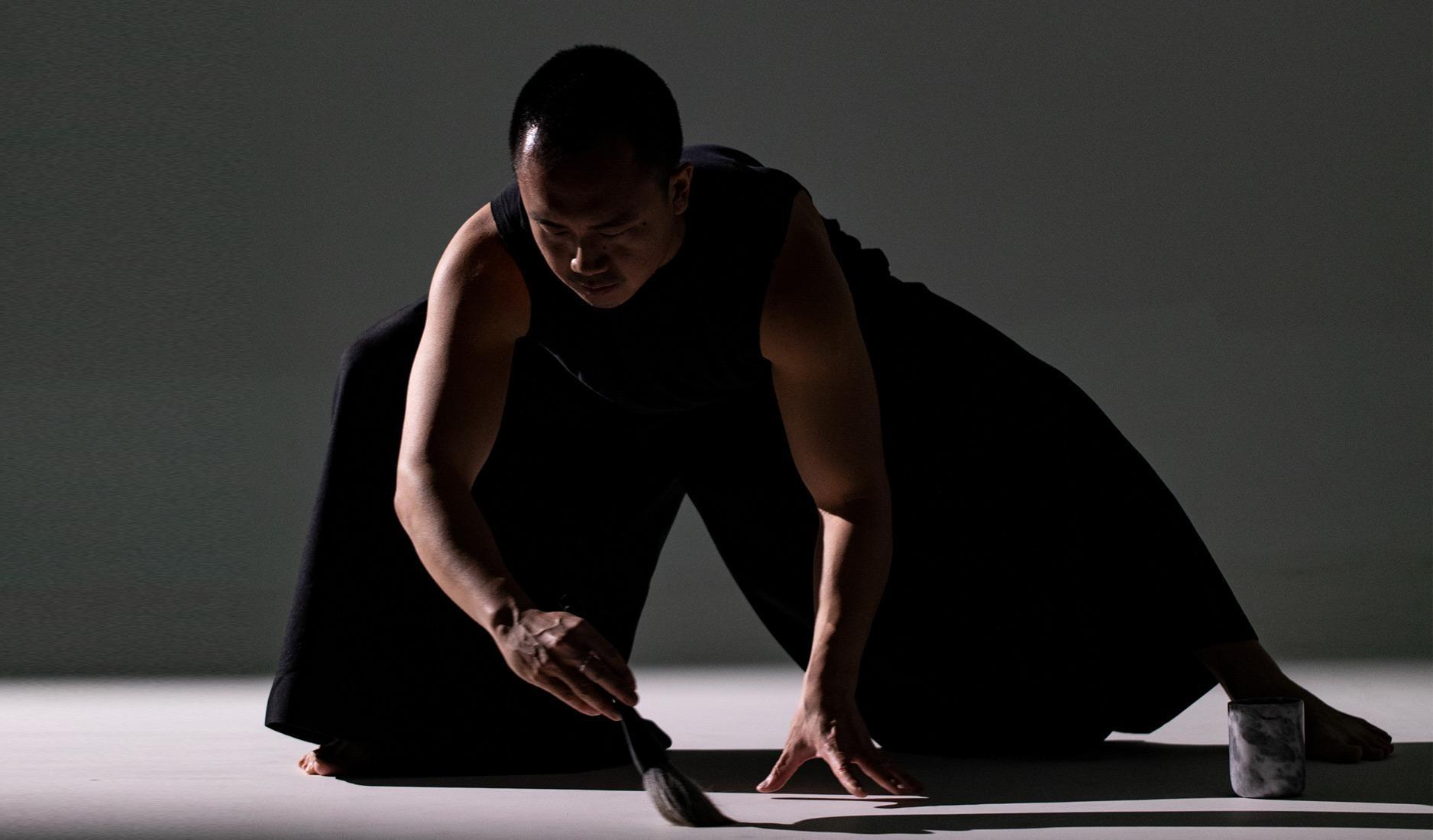 Right at the bottom, the linen fabric sits on a dial base. A layer of crystal with the applied calligraphy and degrade treatment to achieve the fumé effect is then set on top of the linen. Following that, the time-telling hands are set atop the crystal with hour numerals. A final layer of sapphire crystal with Hublot’s logo sits at the top to complete the multi-layered and multi-facetted dial. 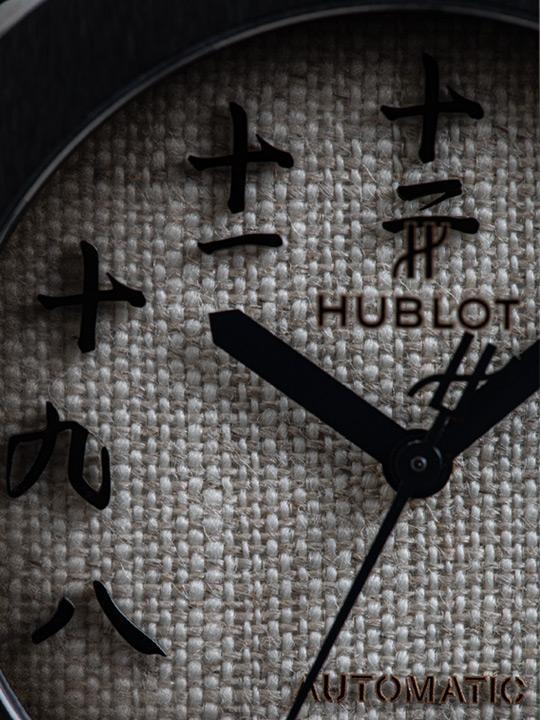 Though the Hublot Classic Fusion Singapore Special Edition has only just seen light of day, the project was announced in September 2018 at a SWC gathering – and all 30 pieces were snapped up in 17 minutes without any member having an idea of how the watch was going to look like. That’s some next-level watch geek-ery for you. 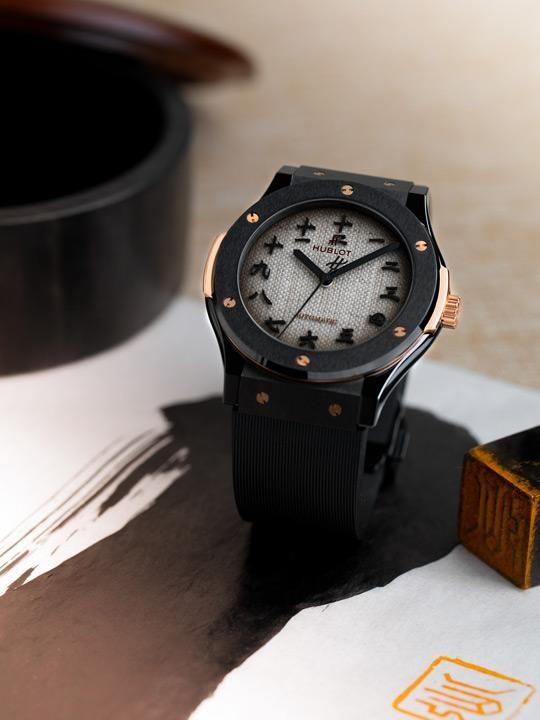