First of many to come for the Singapore luxury watch retailer’s golden jubilee. 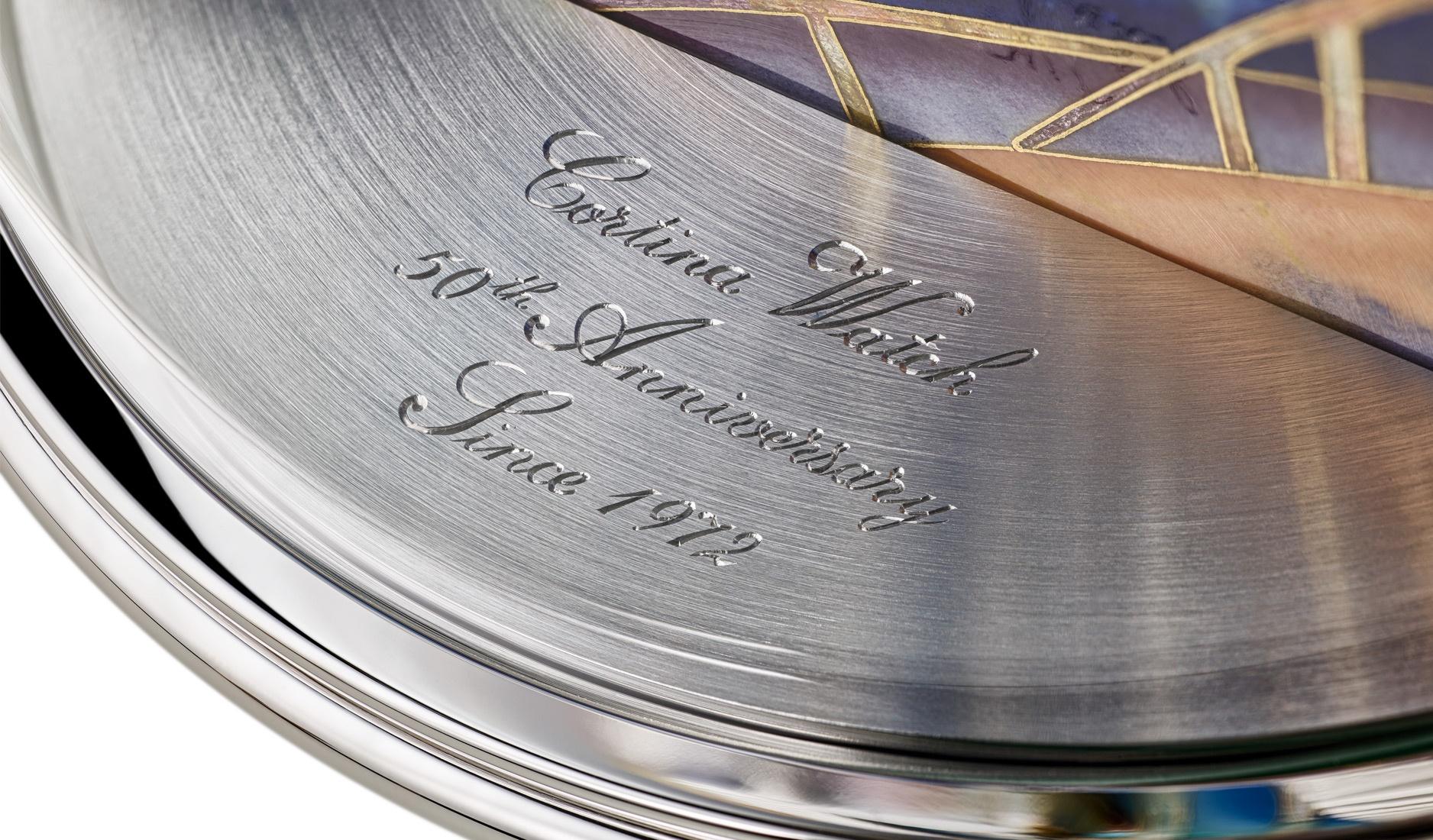 One of the ‘big three’ of Singapore’s luxury watch retailers, Cortina Watch celebrates its 50th anniversary this year. And if the company’s first celebratory salvos with Chopard and Patek Philippe are anything to go by, Cortina Watch is determined to throw an unforgettable birthday bash.

The company announced that it will be unveiling several exclusive and limited edition timepieces with its brand partners earlier this year, and it has certainly come through on that promise.

Patek Philippe Limited Editions
First up, two collectibles with Patek Philippe. Cortina Watch has been retailing Patek Philippe watches since it opened its first shop at Colombo Court in 1972. To mark the occasion and longstanding partnership between the two, Patek Philippe has created two special edition timepieces – a limited edition wristwatch and a piece unique dome table clock. 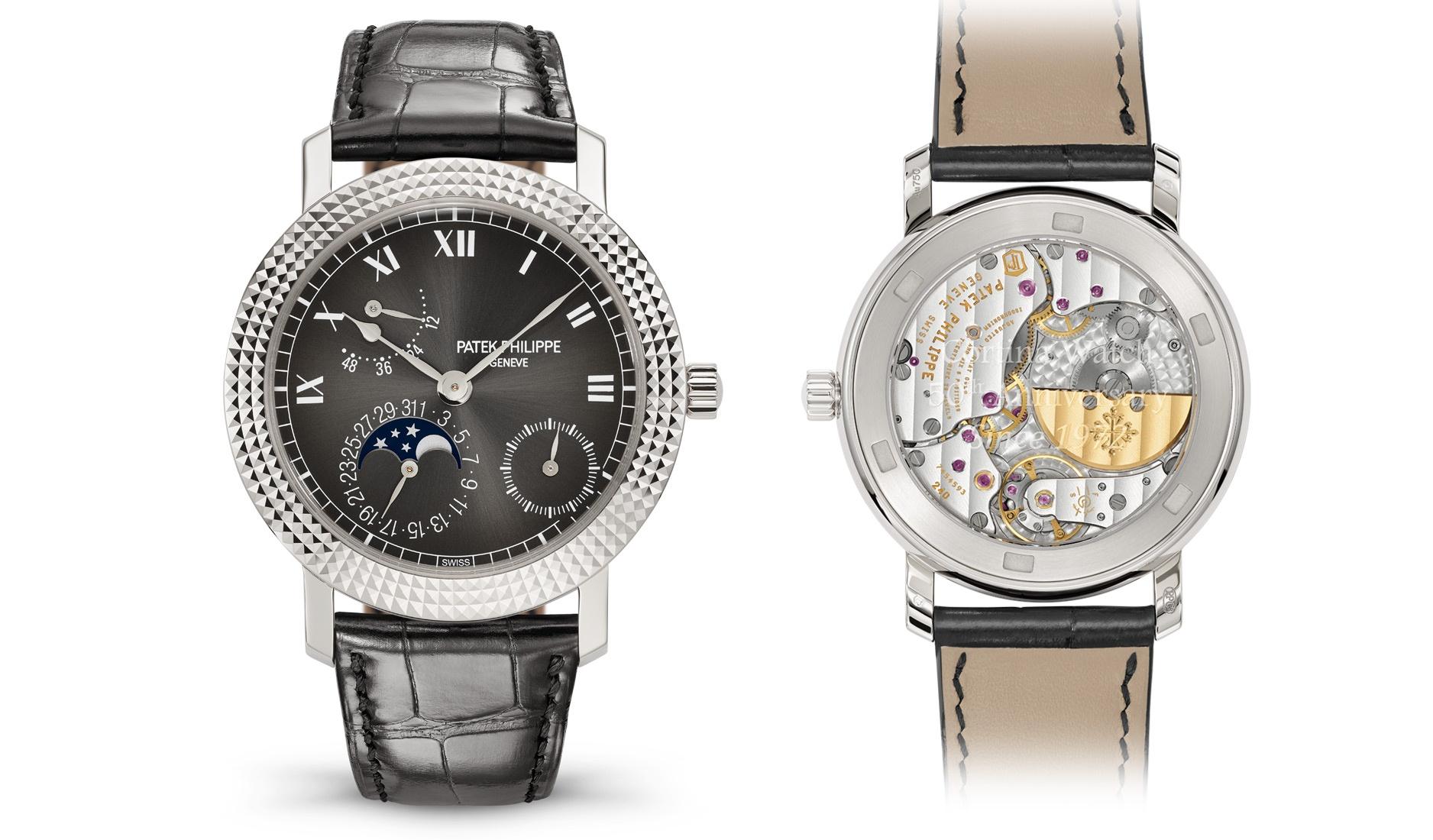 Brimming with old-world elegance and stateliness, the Ref. 5057G-010 Calatrava comes in a white gold case featuring a stunning triple-row guillochéd Clous de Paris hobnail bezel. The decoration on the bezel echoes the design Patek Philippe created for Cortina Watch on its 25th anniversary model in 1997. Capped at 100 pieces, the 50th anniversary edition comes with a charcoal grey sunburst dial anchored by an off-centred power reserve indicator, small seconds and date and moonphase displays, and is powered by an ultra-thin automatic movement inscribed with ‘Cortina Watch 50th Anniversary Since 1972’. 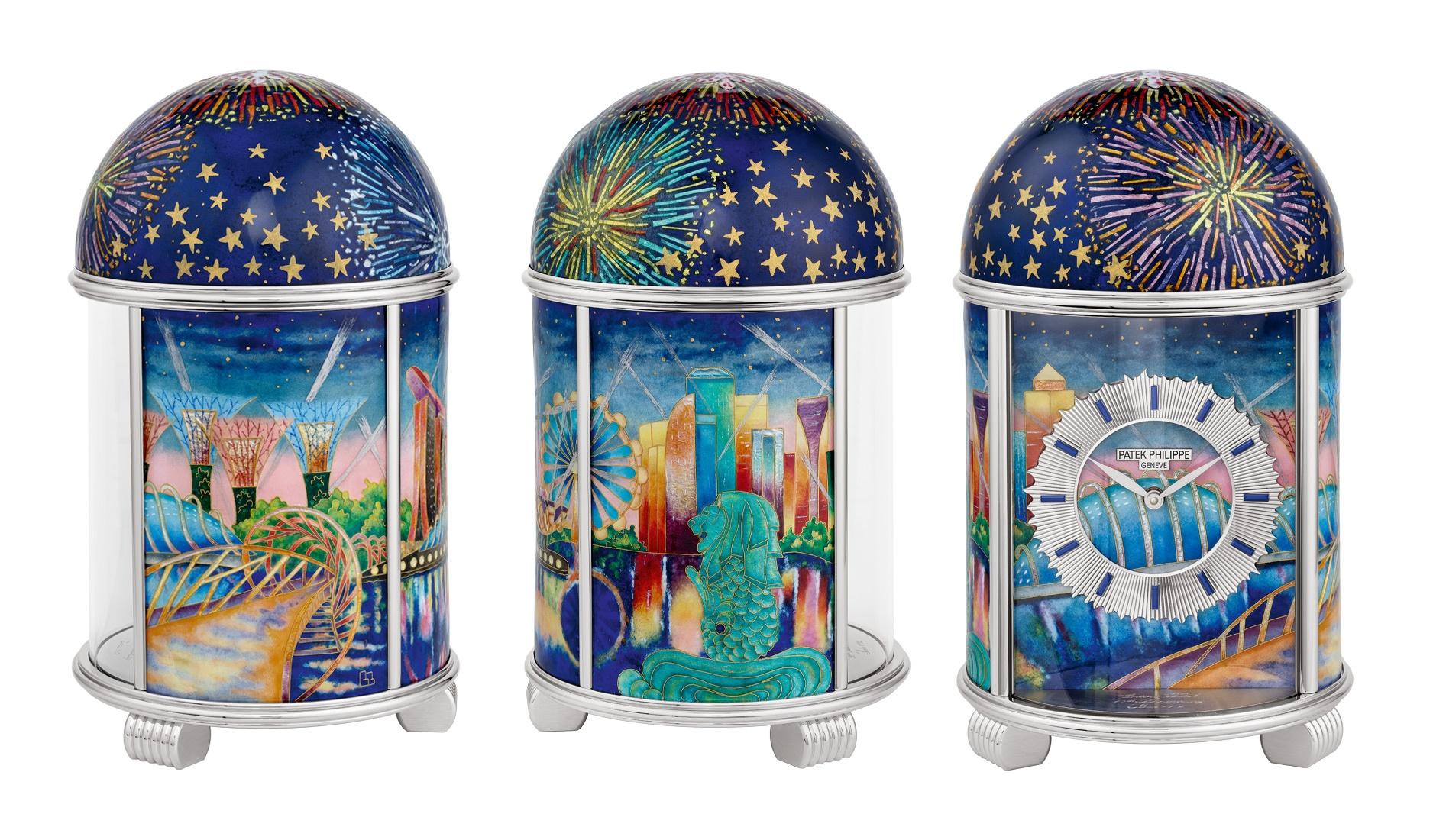 The second Patek Philippe limited edition is the Ref. 20145M-001 ‘Singapore Skyline’ dome table clock. A true objet d’art, the table clock is sheathed in richly coloured grand feu cloisonné enamel, depicting the city-state’s iconic skyline that includes its famous business district, as well as architectural landmarks like the Esplanade, and Marina Bay Sands. Over 9.2m of gold wire and a palette comprising 50 shades of enamel colours are used on the clock. Like the Ref. 5057G-010 Calatrava, the clock is engraved with ‘Cortina Watch – 50th Anniversary – Since 1972’ to commemorate the milestone.

Chopard Limited Editions
Cortina Watch’s limited edition creations with Chopard, on the other hand, are conceived in a decidedly feminine spirit – and we are glad for it. The two special editions, based off the iconic Happy Sport collection that features diamonds that slide freely across the face of the dial, are imbued with capriciousness and meaning. 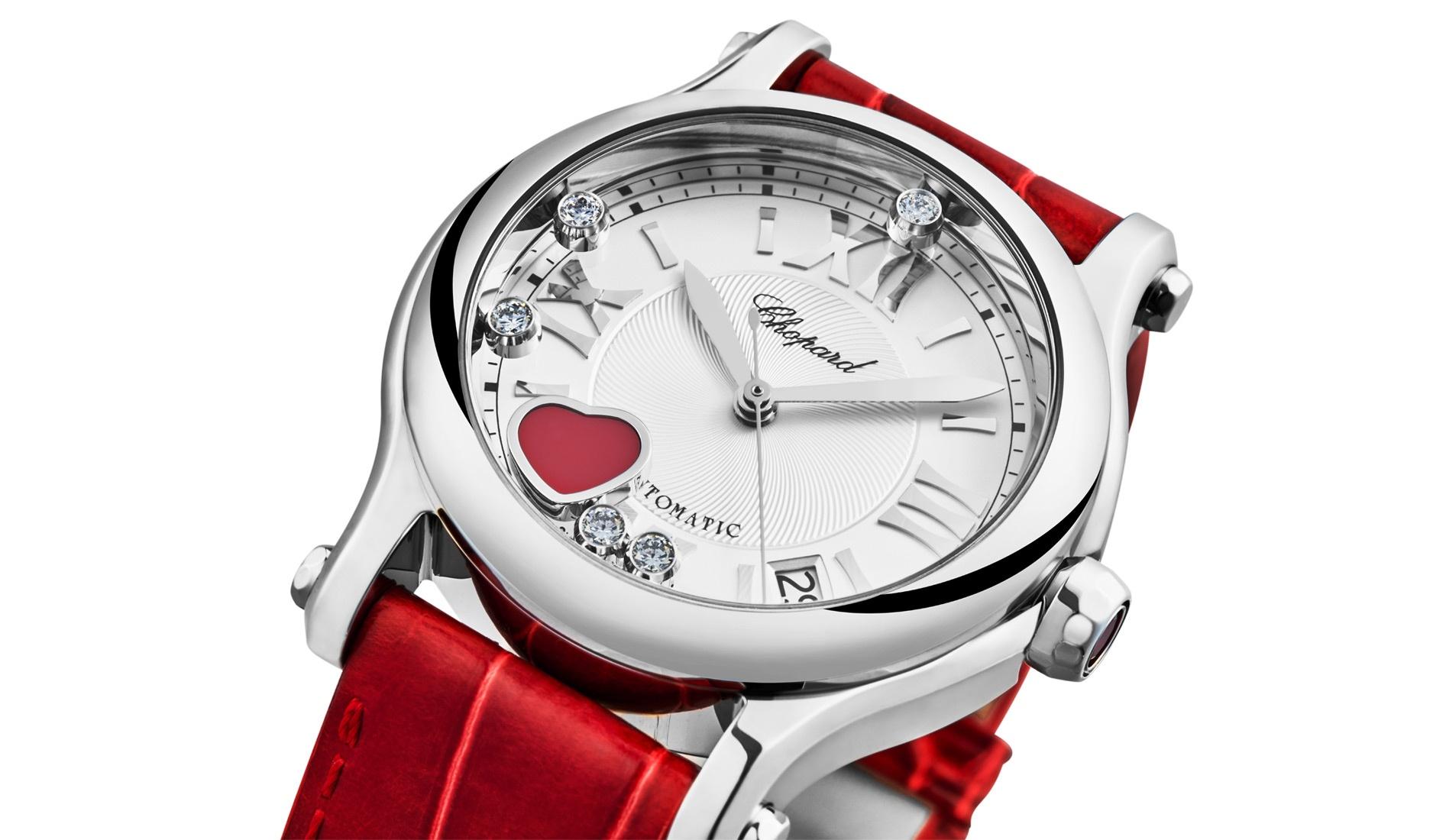 There is the Happy Hearts, a 50-piece limited edition collection housed in 36mm stainless steel. The watch features six ‘dancing elements’ on the dial – five diamonds and a red heart. They are meant to symbolise Cortina’s five decades in the watch business, and its spirit of giving, respectively. And the display of hearts isn’t just for show, either. Cortina Watch is pledging sales proceeds from watch to the Singapore Heart Foundation. 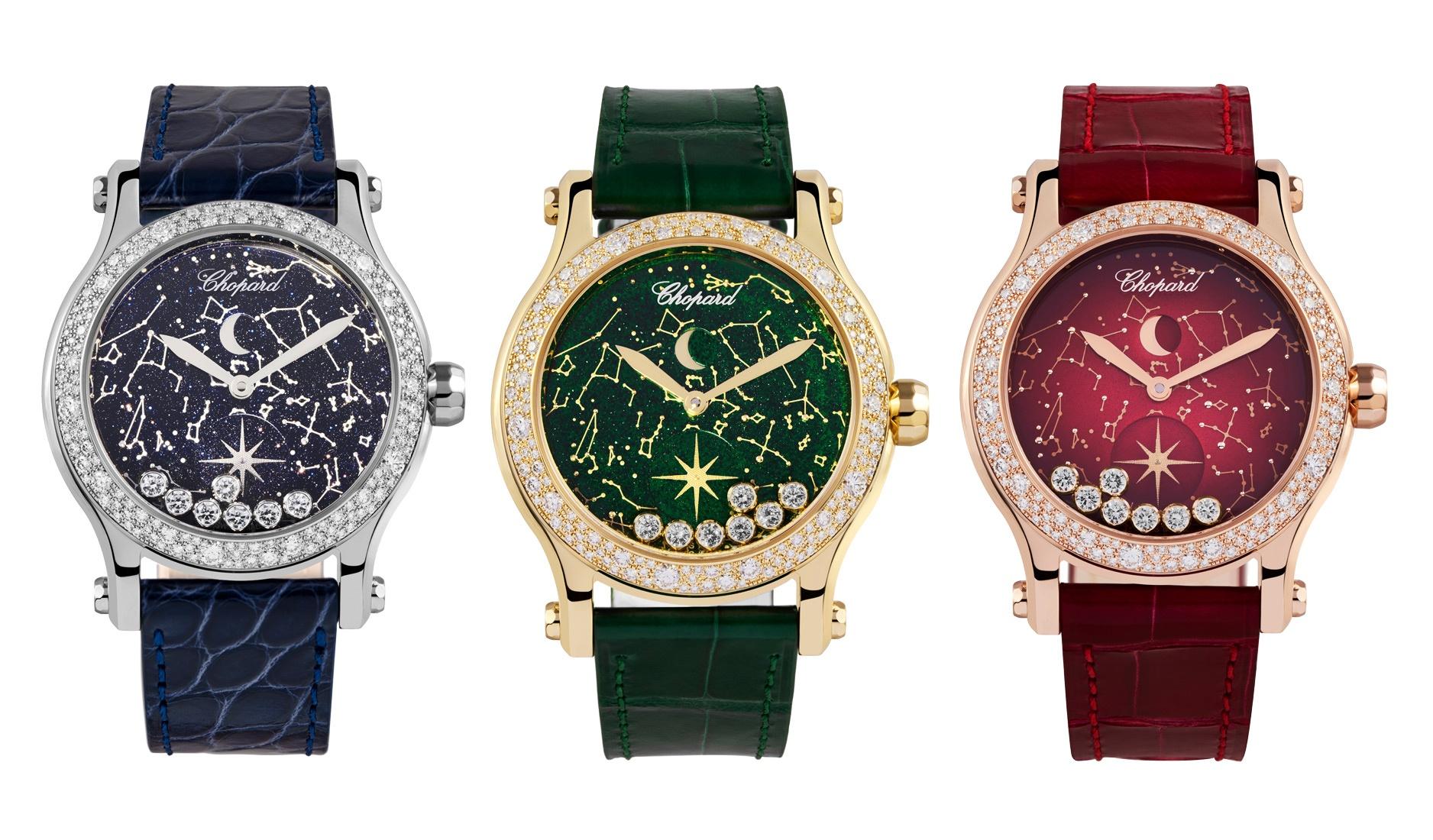 The second Chopard limited edition is the Happy Moon Cortina ‘50th Anniversary’. Comprising three models limited to five pieces each, the Happy Moon special editions come in diamond-set 18K ethical yellow, red and white gold case, paired with green aventurine, red mother-of-pearl and blue aventurine dial, respectively. Each watch features seven dancing diamonds, set against a textured or gradated dial that depicts constellations in the Northern hemisphere, as well as a moonphase display that only needs one correction after every 122 years. Both the Happy Heart and Happy Moon limited editions are inscribed with ‘Cortina Watch 50th Anniversary Since 1972’ on the caseback.