And yes, Swiss cheese is involved.

Independent watch brand H. Moser & Cie. may be 189 years old this year, but it certainly has the balls and cheek of a petulant 18-year-old. Since the brand was acquired by MELB Holding in 2012, H. Moser & Cie. has been raising eyebrows with its fiery horological statements on the state of contemporary watchmaking.

In 2016, it rolled out a timepiece called Swiss Alp S (below) that looks uncannily like the Apple Watch, which the brand claims to be their version of the smartwatch, referring, of course to the mechanical sophistication that goes into building the watch. 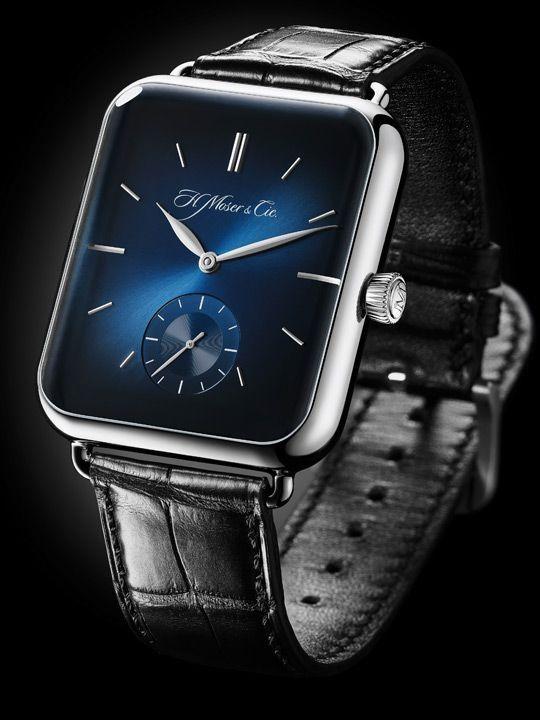 And earlier this January, following an announcement by Swiss authorities regarding the ‘Swiss Made’ label for watches, which stipulates that timepieces to be qualified as such need to have over 60 per cent of their components made in Switzerland, H. Moser & Cie. issued its own sharply worded statement that the move is “insufficient”.

“With over 95 per cent of our components produced in Switzerland, we far exceed the requirements,” it said. Feeling “undermined” by the ruling, H. Moser & Cie. said that it will instead will remove the ‘Swiss Made’ label on its watches while at the same time promising to unveil the “most Swiss watch ever created”.

The result is this piece unique which the brand christens ‘Mad Swiss Watch’. It is an outlandish claim meant to be taken with a pinch of salt, of course, but the watch makes a very effective satirical statement.

Running on a hand-wound in-house movement conceived and produced within its Schaffhausen factory, the Mad Swiss Watch boasts a red fumé dial with white markers that recall the Swiss national flag.

Another obvious send-up is the cowhide strap that leaves little doubt to where the watch’s allegiances lie.

Most astounding, however, is the case. The press communique says that it is made from a composite material using Swiss cheese - Vacherin Mont d’Or, to be exact – as a base. 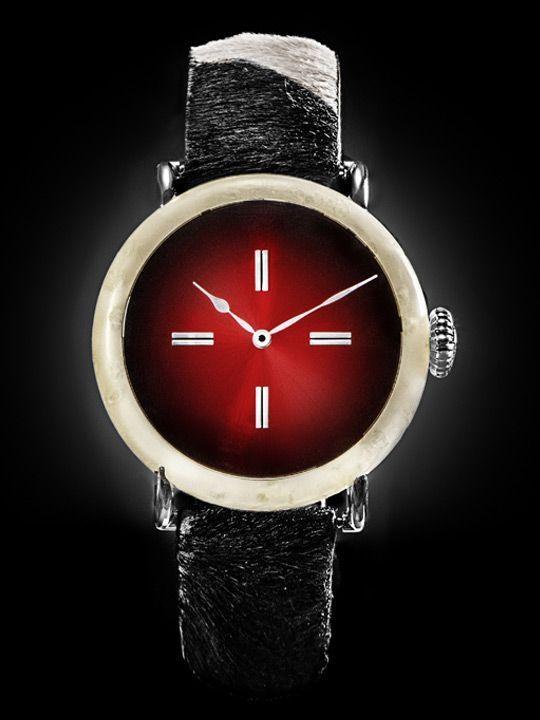 "Our Swiss Mad Watch sends a clear message to the Swiss watchmaking industry, the authorities and watch enthusiasts: the Swiss Made label is meaningless,” says H. Moser & Cie. CEO Edouard Meylan. “Our response to this lax and insufficient label is derision. At H. Moser & Cie., we produce watches that are truly Swiss, watches that are steeped in watchmaking tradition and centuries of experience. The quality of these pieces speaks for itself and dispenses with the need for a label.”

UPDATE: On 15 May 2017, Christie's auctioned the Mad Swiss Watch and prototype of the Swiss Alp Watch as a single lot, with the duo going under the hammer for 100,000 Swiss francs. To support apprenticeships in watchmaking and preserve the expertise of related industries, H. Moser & Cie donated the proceeds of the sale to the Fondation pour la Culture Horlogère Suisse.